Season 14 off to a flyer — the KHL week in review

We’re underway. 24 games in the new season are in the books, and they’ve produced 125 goals so far. Here’s a rundown of some of the highlights:

The Opening Cup, the KHL’s traditional curtain-raiser, went emphatically in favor of defending champion Avangard. The Hawks powered to a 4-0 victory over CSKA, with summer signing Peter Cehlarik scoring twice on his debut in the league. It’s the second time the team has won the cup, having previously taken the prize at the start of the unfinished 2019-2020 campaign with another victory over the Army Men.

In recent seasons, SKA has enjoyed a fine reputation for developing young talent. The start of the current campaign suggests that Valery Bragin’s men have every intention of continuing that trend. Teenage star Marat Khusnutdinov potted his first KHL goal in Saturday’s shoot-out win at Lokomotiv with a lovely top-shelf snipe, while 16-year-old scoring sensation Matvei Michkov played on the first line in the opening games of the season. Last year’s Junior Hockey League hot shot has yet to get a KHL point, but he’s talking optimistically about his adaptation to adult hockey.

“From the very first shift I tried to keep up with the KHL pace,” the youngster said after the game. “And, probably from the second shift, I got used to the speed, hard passes and pro hockey overall.”

The season is not a full week old, but we’ve already seen a pair of 200 milestones. Geoff Platt potted his 200th goal in the KHL when he scored in Salavat Yulaev’s 5-1 win at Barys. And Dynamo Moscow head coach Alexei Kudashov’s winning start in his new role takes him to 200 KHL victories behind the bench.

Three for Kulemin, two for Shipachyov ... 200 for Platt. September 3

Salavat Yulaev star Teemu Hartikainen missed the opening game of the season due to suspension — but came back on top form. The Finn needed just 30 seconds of the new season to grab his first goal, scoring off his first shot to set his team on the way to a 4-2 win at Avtomobilist.

Hartikainen was not the only Finn to make an impact in the first days of the season. Niko Ojamaki, a new signing for Vityaz Moscow Region, firing a natural hat-trick in only his second game in the league. Moreover, his third-period goals took his team from 2-5 to 5-5 as the Podolsk team continued a high-scoring start to the season after a 6-3 win at Torpedo. However, Ojamaki did not finish on the winning side after Sochi grabbed an overtime winner through Latvian defenseman Janis Jaks. Previously, Nikolai Kulemin grabbed a treble as Salavat Yulaev opened its campaign with a 5-1 win at Barys.

Young Maxim Tretyak was looking for a career he could get his teeth into — so he asked he grandad for advice. And, when gramps is arguably the greatest goalie to play the game, there was only one decision for the fledgling hockey player as he ditched life as a goalscorer for a role as a goal stopper.

“There is a legend inside my family,” the HC Sochi goalie said in an exclusive interview with KHL.ru. “The story goes that once I asked my grandfather, Vladislav Tretyak, ‘Why do you have all of your teeth?’. And he replied, ‘because I’m a goalie. I have a mask and the puck doesn’t hit me.’ So I said ‘OK, then I will be a goalie’.” 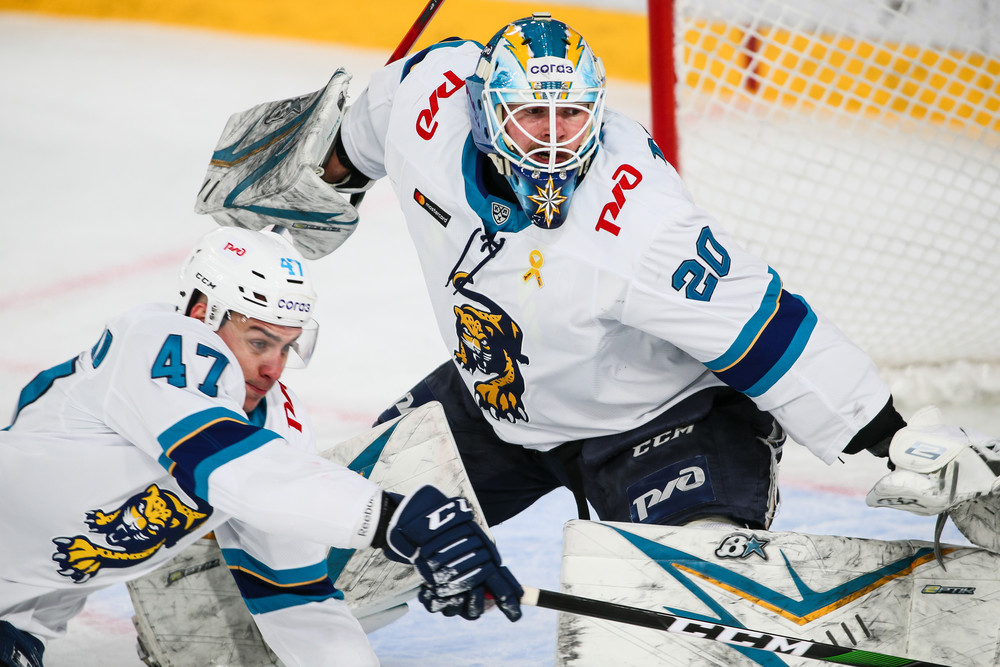 The Women’s Hockey League made it all the way to its cup final last season before COVID intervened. First, the games had to be delayed due to an outbreak in the Agidel camp; next the schedule was disrupted by the rescheduling of the Women’s World Championship. Finally, though, KRS Vanke Rays will defend its title against last season’s runner-up in a three-game series starting on Tuesday. Game one is in Ufa, then the action moves to Mytishchi on Sep. 10. If needed, game three will take place in the Rays’ arena on Sep. 11. 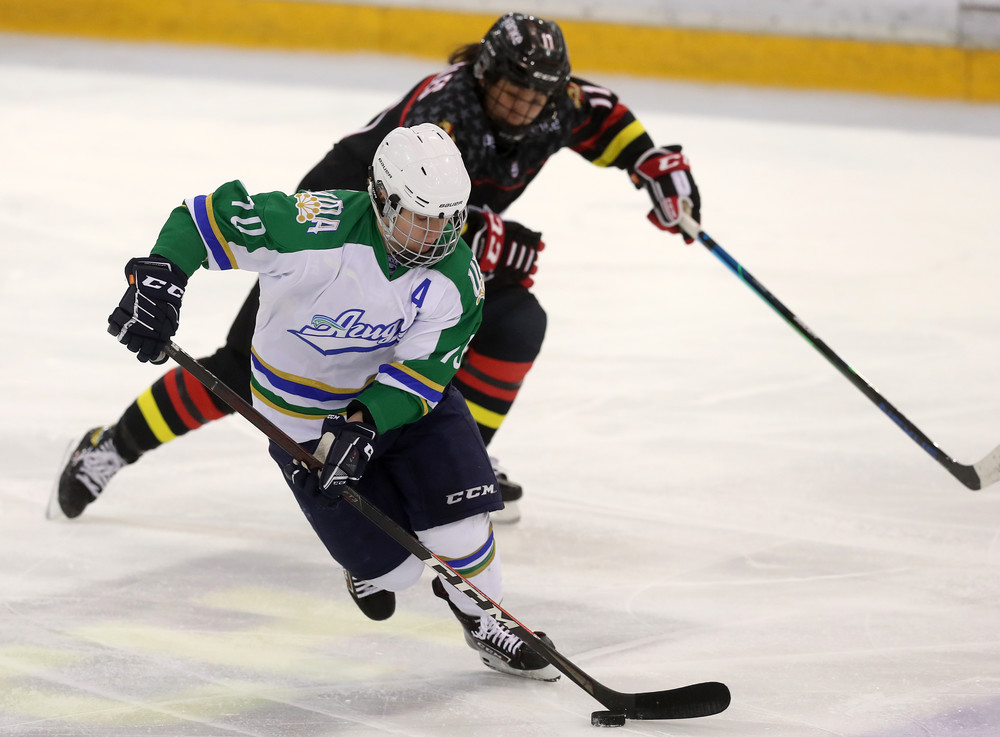 Tuesday will be an emotional day in Yaroslavl as Lokomotiv commemorates the 10th anniversary of the 2011 air disaster. It’s the first time the time will play on that date since the tragic loss of the team when its aircraft crashed on take-off on its way to the opening game of the season in Minsk. Club president Yury Yakovlev explained why now, after a 10-year wait, the team was ready to play on the anniversary.

“For 10 years we haven’t played on this date,” he said. “But now the time has come to give everyone — fans, players, coaches, reporters — the chance to come together in the arena to honor the memory of the guys we lost.” 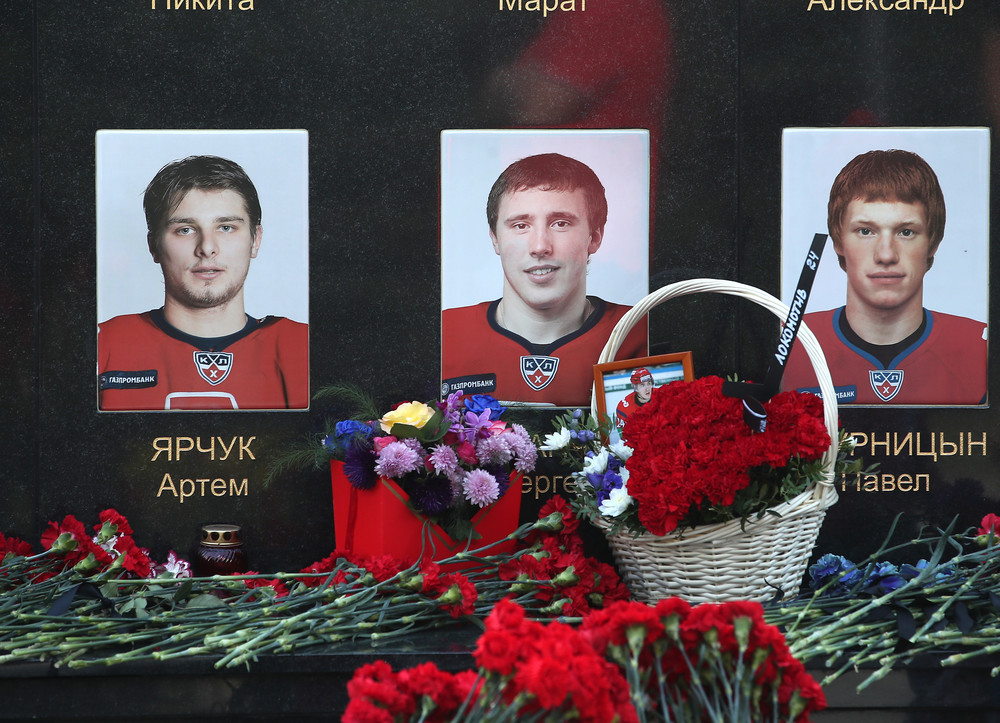