The Hawks wrapped up the Gagarin Cup final with back-to-back shut-outs and took that form into the 2021-2022 season thanks to 30 saves from Simon Hrubec. New arrival Peter Cehlarik marked his debut with two goals and an assist, a haul matched by Corban Knight. Oliwer Kaski contributed two helpers.

This game was Sergei Fedorov’s first behind the bench for CSKA. The legendary player was promoted to the top job after Igor Nikitin’s departure during the summer and is coming into his first ever job as a head coach. At a club with the dauntingly high expectations of the Army Men, it’s a tall order — and a first game against the defending champion proved an even tougher ask.

New arrivals promised further intrigue. Would Avangard’s Peter Cehlarik translate his rich vein of scoring form for Slovakia into a new life in the KHL? Would CSKA’s Swedish forwards, Joakim Nordstrom and Lucas Wallmark, make an instant impact? How about players returning to their teams, with Alexei Emelin back in action for Avangard after injury ruled him out of the climax of last season and CSKA welcoming back Mikhail Grigorenko and Nikita Nesterov after a year in North America.

And what of the departures? Which team would cope best with the loss of a leading scorer from last year’s playoffs, with Avangard missing Reid Boucher and CSKA saying goodbye to Maxim Shalunov? Would the Army Men suffer from the absence of last year’s first-choice goalie Lars Johansson, or would Adam Reideborn provide a seamless transition? And would the influential Denis Zernov’s surprise trade from Avangard to Metallurg just days before the season started take its toll on the Hawks? The Opening Cup would start to provide answers to all these questions. 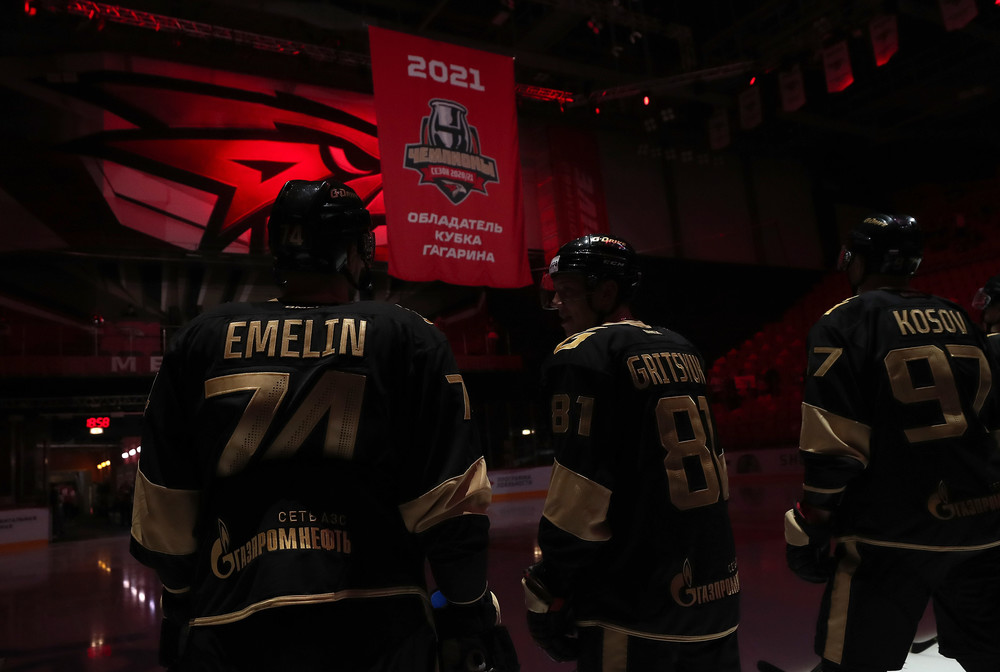 The first concrete information came in the opening minutes, with two of the new forwards involved, one way or another, in Avangard’s opening goal. CSKA’s Wallmark took the first penalty of the season, just 99 seconds into the action. He was soon joined in the box by Klas Dahlbeck and Cehlarik got his first KHL goal on that 5-on-3 power play, finding plenty of space in the right-hand circle and rifling home a one-timer off Sergei Tolchinsky’s feed. Cehlarik later said that he was pleased to get off the mark early, but felt his team needed to improve on its performance in the latter stages of the first period.

The Slovak forward’s complaint that Avangard spent too much time playing defense was borne out by the stats: CSKA had more than 11 minutes of attacking play, and outshot the Hawks 10-6 in the opening frame. However, Simon Hrubec was not greatly extended in the home net; CSKA’s best moments involved shots from Anton Slepyshev and Sergei Plotnikov that were unlikely to seriously test a goalie of this caliber.

That kind of front-foot hockey is one of the reasons why Fedorov has been brought in as CSKA’s head coach; while there could be little argument with Igor Nikitin’s results, the out-going boss had a reputation for pragmatic hockey that favored efficiency over spectacle. While tonight’s performance was not exactly an exhilarating display of devil-may-care offense, there were some signs of a team looking for quick transitions through center ice in a way that wasn’t always a hallmark of the Army Men’s play last term.

Meanwhile, if Cehlarik was hoping for more opportunities to impress in the second period, he was disappointed. CSKA continued to lead the way in every aspect of the game — apart from getting the puck in the net. Hrubec had to work harder to keep the Army Men at bay, with an early wrister from Grigorenko flashing narrowly over the bar and an angled effort from Slepyshev needing a combination of glove and stick to deflect it to safety. Avangard’s best chance came, ironically, on the penalty kill; Francis Pare led the rush but his feed to the back door was not converted by Dmitry Shevchenko late in the frame. 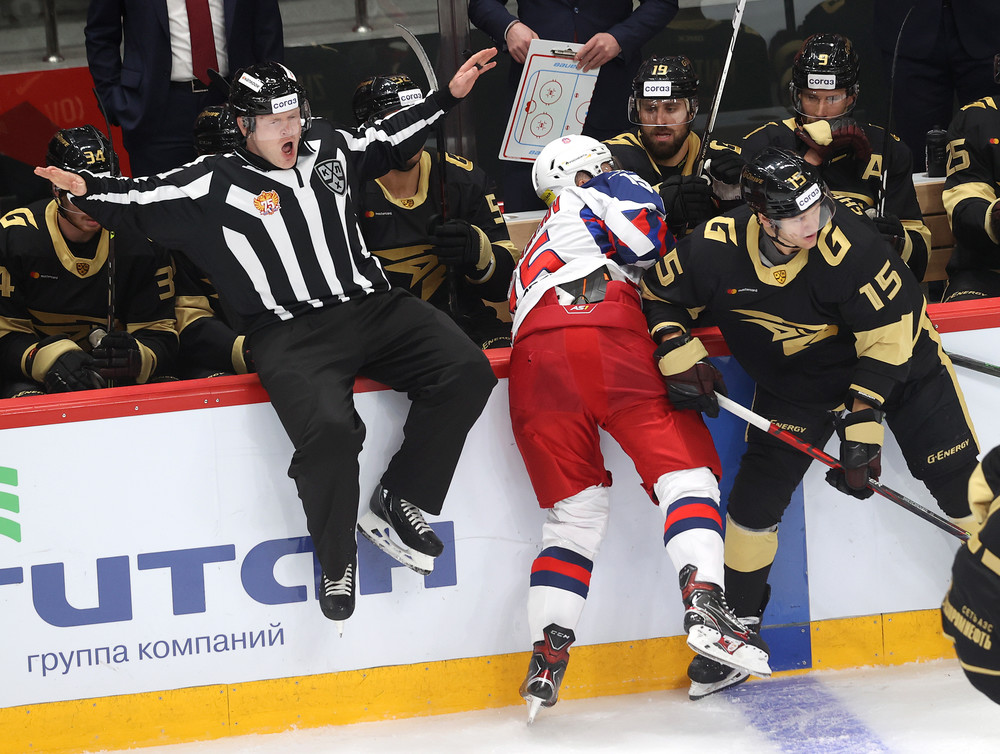 It wasn’t until early in the third that Avangard got on the power play once more and enjoyed a spell of sustained pressure. This time, though, the visitor’s penalty kill was up to the task. The Hawks’ best chance fell to Knight, but his attempt to slide home Tolchinsky’s feed was thwarted by Reideborn’s outstretched pad.

CSKA’s problems deepened when another penalty — this time a needless hooking call on Slepyshev — led to a second Avangard goal. Oliwer Kaski’s point shot was batted down and into the net by Knight on the crease and a 2-0 lead looked good enough to decide the game. And the visitor was very much the architect of its own downfall on the third and fourth goals. First, Reideborn’s error behind the net gave the puck to Knight, who set up Cehlarik on the slot to make it 3-0 with less than nine minutes to play. Then a turnover in center ice enabled Knight to race into the CSKA zone, evade the attentions of Viktor Svedberg and squeeze a backhand shot inside Reideborn’s near post.

For Bob Hartley and Avangard, it was a perfect start to the season; Fedorov will be hoping to turn this into a valuable learning experience for his players before Saturday’s home opener against Dinamo Riga.