It was all about All-Stars this week, with all eyes on Moscow for one of the most entertaining spectacles of the season. From Pushkin to penalty shots, there was something for everyone across two days of fun and excitement at the VTB Arena. But the regular season continues, and CSKA is the first team to book a place in this year’s playoffs. A big win over Sochi last week confirmed the league leader will be in the top eight in the West.

Sunday’s four-team mini-tournament produced an enthralling conclusion to the 2020 FONBET All-Star Week. The KHL’s top players turned out to represent their divisions and produced an entertaining afternoon of 3-on-3 action. Team Bobrov, bolstered by Dynamo’s stars playing on home ice, took the prize, edging Western Conference rival Team Tarasov in a shoot-out following a 6-6 tie in the final. Team Chernyshev claimed bronze with a shoot-out win of its own over Team Kharlamov. But Kharlamov did not leave empty-handed; on Saturday it dominated the Skill Show to take top spot in that contest.

Linus Omark has form when it come to All-Star high-jinks – remember his flaming stick a few years back? This year he was unusually quiet during the Skill Show but grabbed all the attention in the bronze medal game on Sunday. The Swedish forward swapped roles with Salavat Yulaev team-mate Juha Metsola and played in goal for the first period of Team Chernyshev’s game against Team Kharlamov. Turns out he’s not a bad goalie; Omark returned for the shoot-out and backstopped a victory. Metsola claimed he always had complete faith in his colleague and joked that they might try the same switch in a regular season game; Omark put his goaltending skills down to the influence of cousin and childhood idol Daniel Hendriksson, a Swedish international goalie who had a brief spell in Russia with Sibir.

Barys captain Darren Dietz was one of the stars of Saturday’s Skill Show, delighting the Moscow crowd with an unexpected recital of poetry by Alexander Pushkin, widely regarded as the founder of Russian literature. Dietz, Canadian born but now a naturalized Kazakh, made 13 appearances in the NHL with Montreal, but has since established himself as a free-scoring star on the Barys blue line. And, judging by his efforts in declaiming Russian verse, he’s picked up a good chunk of the local culture since moving to the KHL.

The Skill Show also had echoes of another Russian literary classic, Turgenev’s 19th-century novel Fathers and Sons. Two players – Alexander Semin and Yakov Rylov – nominated their kids to take their penalty shots with them during Saturday’s spectacle.

‘Russian literature is more interesting than English’: Dietz on Pushkin

Once again, four leading players from the Junior Hockey League were invited back to the All-Star Week to take part in the highlight of the action – the KHL All-Star Game. And the quartet made an impact over the course of the weekend. German Shaporev, a forward with Altai Ust-Kamenogorsk, blasted a hat-trick for Team Bobrov in its semi-final win and finished with 6 (4+2) points. Nikita Goncharov (Russkiye Vityazi) was close behind with 5 (2+3) points while Omskiye Yasterby’s Yegor Chinakhov became the first player born in the 21st century to feature at an All-Star Game and converted the penalty shot that confirmed Team Chernyshev’s bronze medal. Yegor Anisimov of Dynamo St. Petersburg shone in the Skill Show, completing the fastest lap of the ice to win the opening event for Team Tarasov.

Ladies return to the All-Star Game

The Juniors weren’t the only players representing their league at the weekend. Russia’s Women’s Hockey League is also a key part of the All-Star festivities and two players – Rachel Llanes of KRS Vanke Rays and Yekaterina Lebedeva of Agidel Ufa – were involved in the Skill Show. The ladies were invited to demonstrate the various challenges to the KHL players and the 9,000 fans at the VTB Arena and relished the chance to keep women’s hockey in the spotlight. Llanes also had a challenge for next season: “Being a part of the KHL All-Star Game was a great experience, something I’m really grateful for. Maybe next year it would be great if we could bring some of the girls to play against the guys – I’ve no doubt that we could give them a good game.” 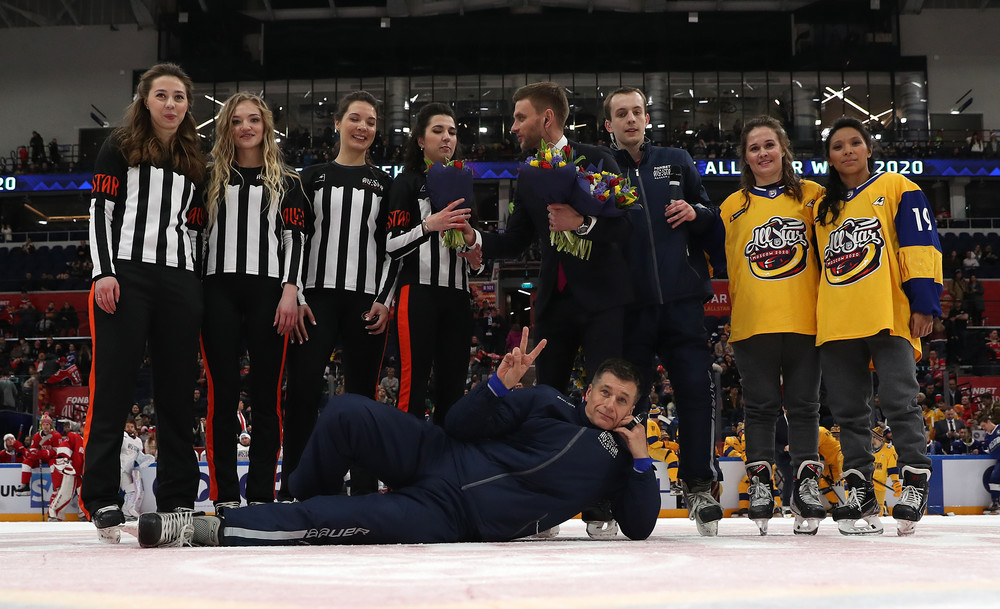 Chernyshenko aims for even better

KHL President Dmitry Chernyshenko pronounced himself happy with the 2020 FONBET All-Star Week – but added that he would welcome ideas for changes to make future years even better. “In a huge city like Moscow there is always a lot of competition for spectators, but our All-Star Weekend attracted 28,000 people to its various events. Today you can see a full arena. Everyone is happy, both with the entertainment and with the organization. We’ve broadcast the All-Star Game to 26 countries, we had plenty of merchandise sales in the arena and I’m sure that we will have a financial success as well as putting on one of the top events of the year.

“Next year we’re looking at how we can tweak the format of the Skill Show and the All-Star Game itself. We’d love to hear new ideas and we’ll consider any suggestions we receive. But the most important thing remains the same: the players and the fans should have a great time!” 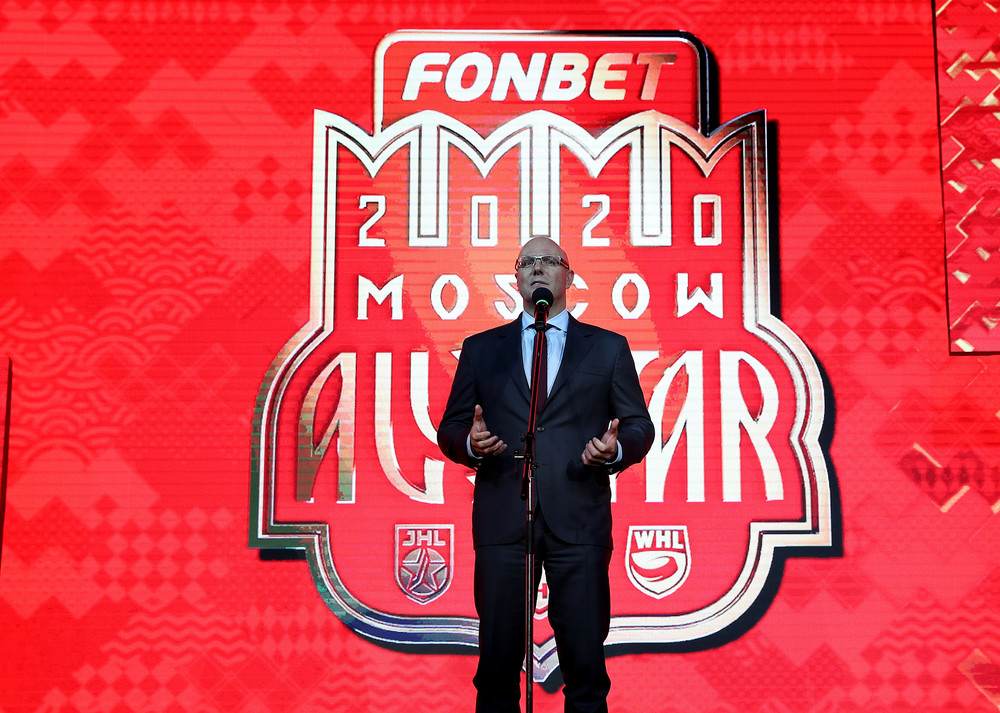 The first team for the 2020 Gagarin Cup playoffs is known – and it’s the defending champion. CSKA, currently out in front at the top of the KHL table, is mathematically certain of a top-eight finish in the Western Conference after its 6-1 victory over ninth-placed HC Sochi on Friday. SKA, currently second in the West, could join CSKA this week if it can pick up two more victories.