Team Kharlamov powered to victory in the 2020 FONBET All-Star Skill Show in Moscow on a day of thrills and fun for the 9,000 fans who came to the VTB Arena.

The top stars of the league assembled to show off their tricks and creativity, drawing on everything from hockey talent to poetic license in a bid to impress. And the event had everything from a rookie speeding past his rivals to a contemporary take on Russia’s greatest poet as the Gala weekend in Moscow got off to a fine start. 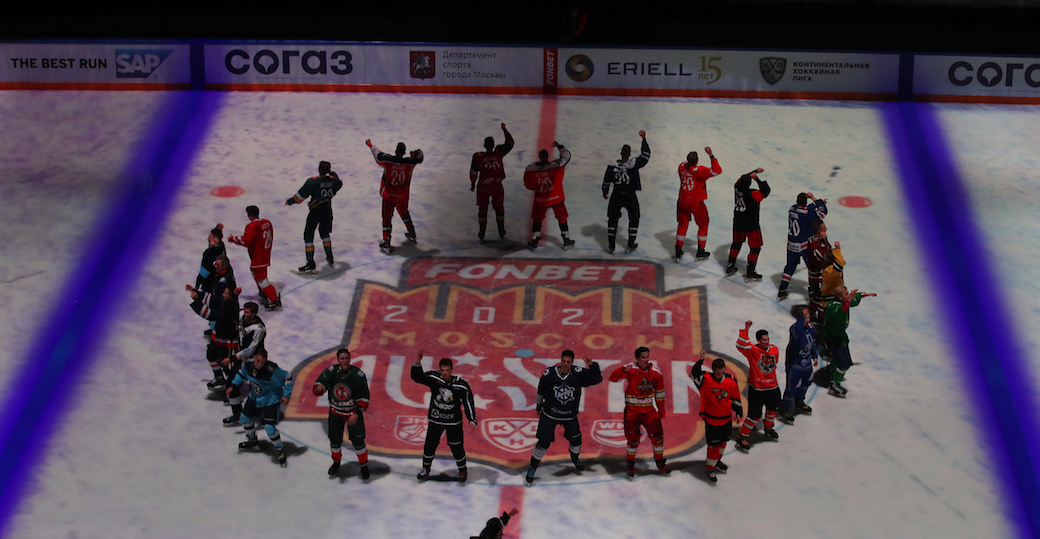 When time is the theme of the event, every second counts. When it’s the Megafon fastest lap, every fraction of a second counts. Speed is typically a young man’s game and it was Yegor Anisimov, one of the players called up from the JHL Challenge Cup, who blazed to victory. He wasn’t quite quick enough to beat Enver Lisin’s all-time record of 12.45 seconds, but he was quick enough to give Team Tarasov the win in the first competition of the weekend.

Next came the penalty shot challenge, with each division nominating a netminder to face nine penalty shots from the skaters of one of the rival teams. However, the skaters were not going to let the goalies take the limelight: it was also time for fancy dress, family games, traditional snacks and a sport of classical Russian literature. 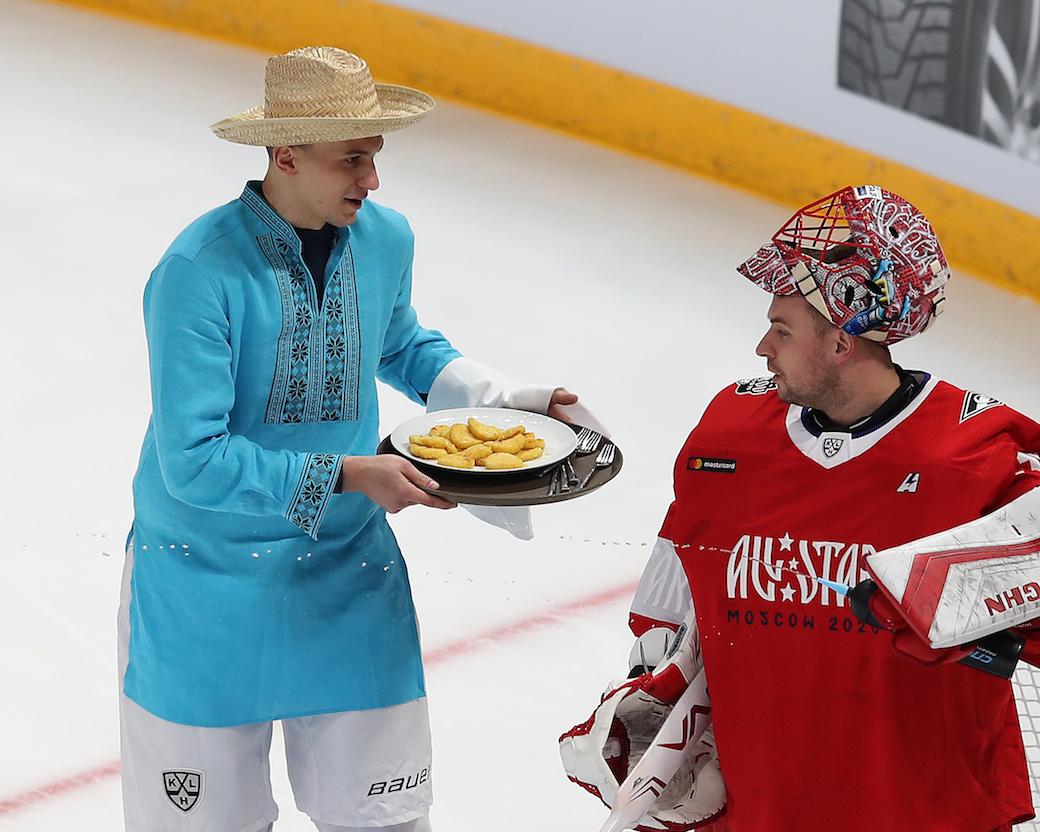 Among the highlights of the SOGAZ-sponsored show, we saw Alexander Semin and Yakov Rylov invite their young sons to the ice to take the shots. Slava Voynov fired two pucks at Timur Bilyalov, but the goalie stopped them both. Severstal’s Yegor Morozov, representing the home of Russia’s Santa Claus in Vologda Region, dressed up as the big man, but was upstaged by Barys defenseman Darren Dietz. 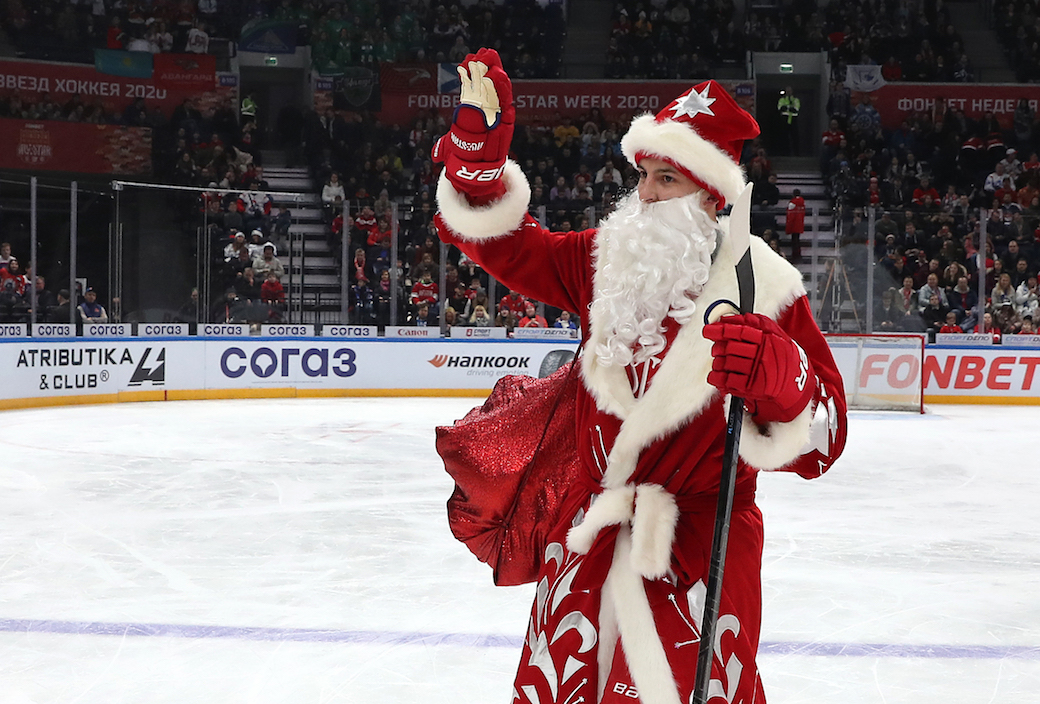 The Canadian-born Kazakh international dressed up as Alexander Pushkin, Russia’s great poet, and showed off his own language skills as he declaimed an update of the master’s ‘Winter Morning’. The two-way D-man never ceases to surprise. 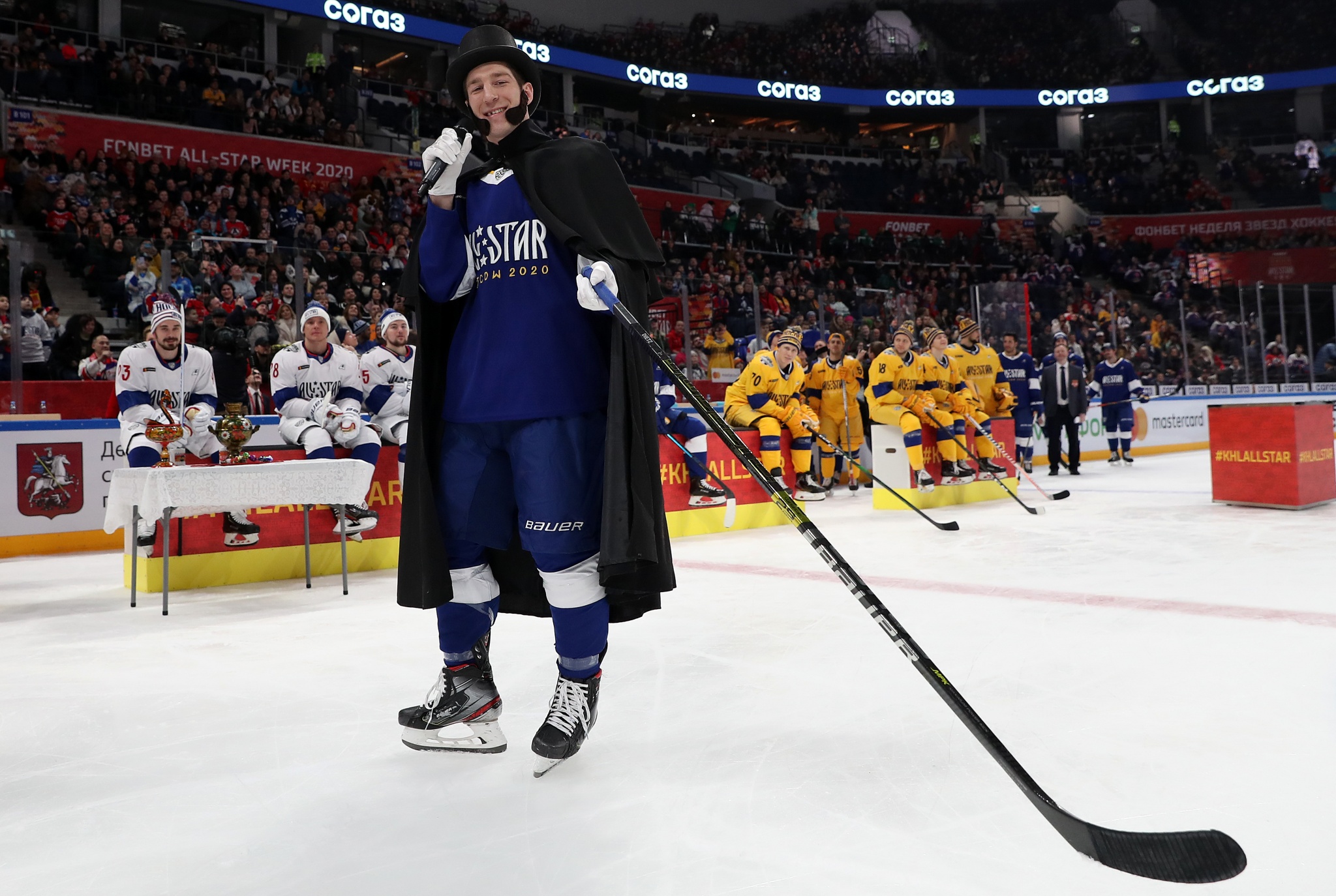 Next came the FONBET Hockey Skills Relay, with each team racing to see how quickly it could negotiate the obstacles laid out on the ice. It was also a chance for the goalies to show off their kit. Ilya Sorokin, of CSKA and Team Tarasov, wears pads with a special design, based on drawings by young patients at the Veltishchev Clinical Institute. Sorokin visited the hospital before the New Year holiday and took a clean set of pads for the youngsters in the cardio unit to decorate. After this weekend’s action, the pads will be auctioned to raise funds for young goalie Vilen Prokofiev, who is currently battling against a serious illness.

Task four was the hardest shot, sponsored by Hankook, traditionally a chance for the D-men to step up and swing into their best slap shots. True to form, the win went to a blue liner with Sibir’s Jyrki Jokipakka clocked at a mighty 157.26 km/h. Hard as the shot was, it’s still not enough to knock the smarts out of the hi-tech pucks used in the KHL this season. 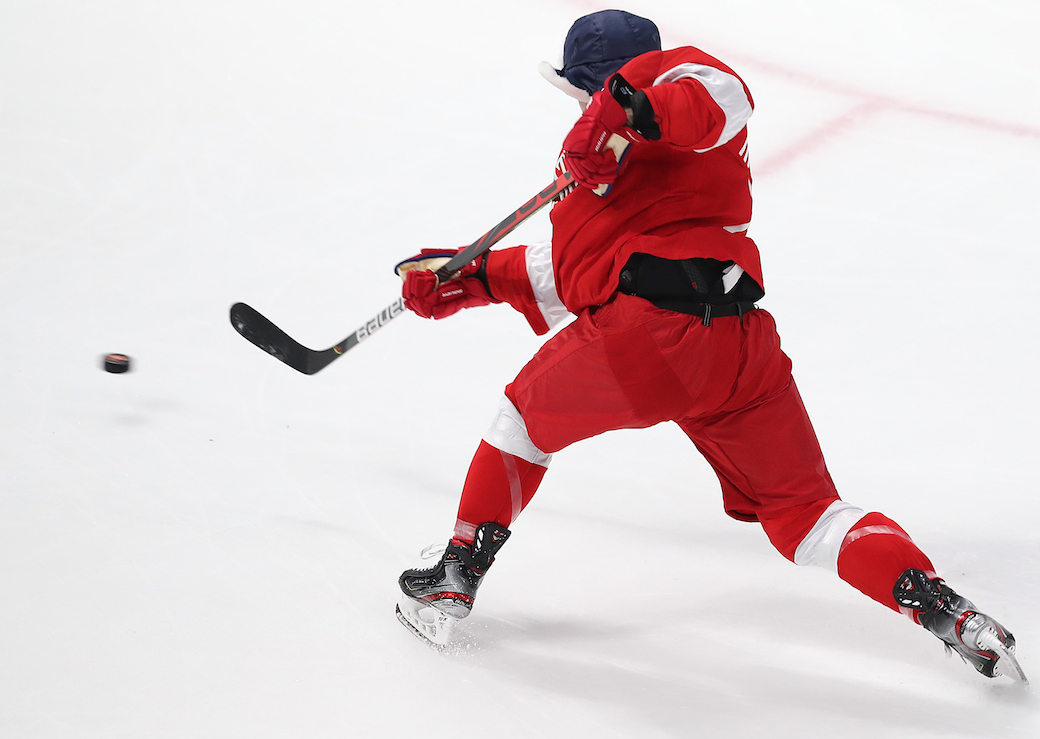 After power comes accuracy; two players from each team look to hit four targets as quickly as possible in the HAIER Sharp Shooting contest. Nigel Dawes needed less than eight seconds to extend Team Kharlamov’s overall lead with a devastating flurry of four shots in 7.877 seconds.

And the final task was the MasterCard Hockey biathlon, greeted with a serenade from a brass band smuggled into the arena by the KHL’s partner. A priceless moment for the fans, and more priceless points for Team Kharlamov as it won the final event to take top spot in the overall standings with 11 points, five ahead of Team Tarasov. 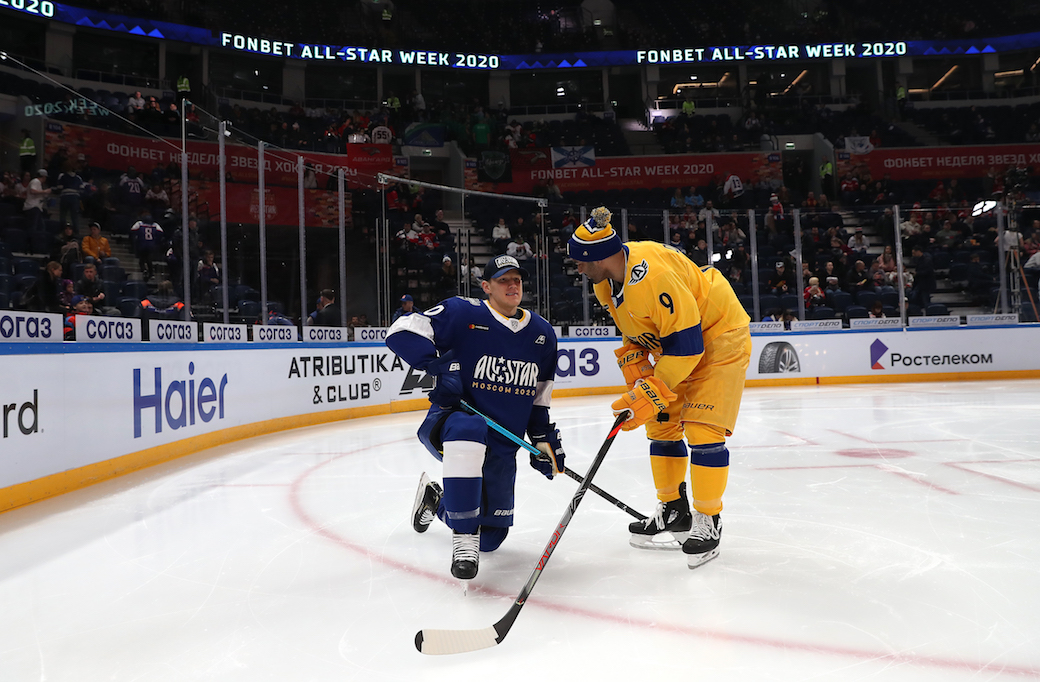