More All-Stars, and millions in Magnitogorsk – KHL week in review

Preparations for the 2020 FONBET All-Star Game continue at full speed, with the second round of selections confirmed on Monday. Elsewhere, Metallurg celebrated the 3 millionth fan to visit its Magnitogorsk arena and the rosters for the Channel 1 Cup were announced.

Part two of the selections for the FONBET All-Star Game is complete, with the KHL’s accredited media representatives making their choice for the big event next month. Much like last week’s fan poll, the journalists were asked to nominate a goalie, defenseman and forward for each of the four divisions. Once the votes were counted, the winners were:

Metallurg Magnitogorsk got the history books out and worked out that Saturday’s game at home to Traktor would see the 3 millionth spectator visit the Metallurg Arena since it opened in 2007. The club went further and calculated that one Ilya Mareyev was the man in 3 million. Mareyev, who has been following the team for 28 years, was greeted by Magnitka’s Canadian forward Brandon Kozun and presented with a game-worn jersey and a season ticket for 2020/21. The only thing he didn’t get was a home win; Traktor gatecrashed the party to take a 1-0 verdict. 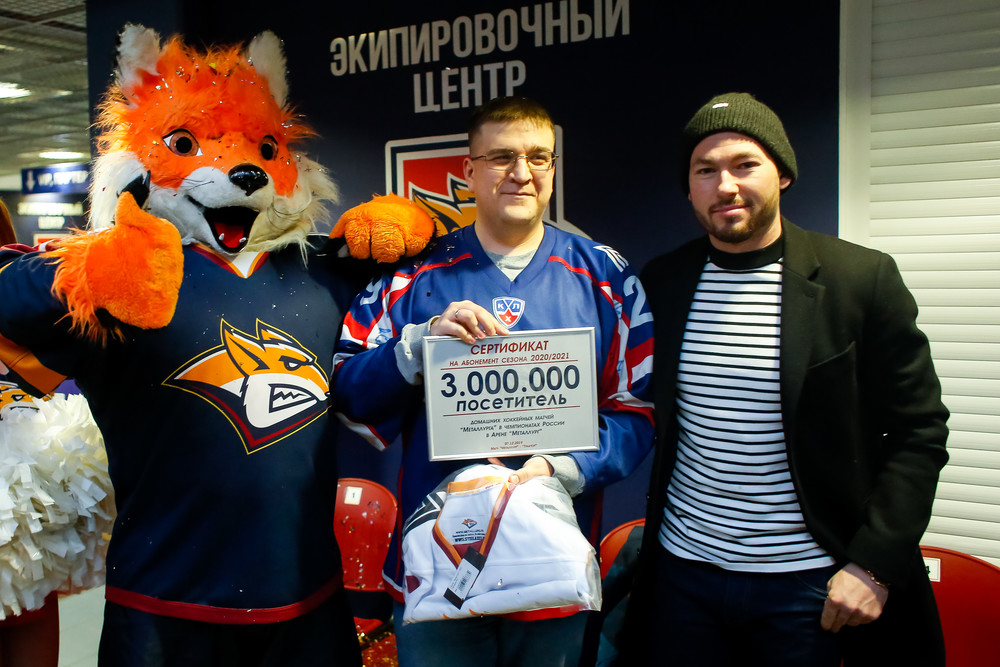 Sunday sees the first part of Russia’s Winter Classic when the international game against Finland takes place at St. Petersburg’s Gazprom Arena. The venue, usually home to top soccer club Zenit, staged the KHL’s record-breaking open-air encounter between SKA and CSKA last season, and will repeat that event next week when the league program resumes. First though, Zenit stars past and present have been backing the big event, with forwards Artyom Dzyuba and Andrei Arshavin posing in hockey uniforms ahead of the upcoming games. 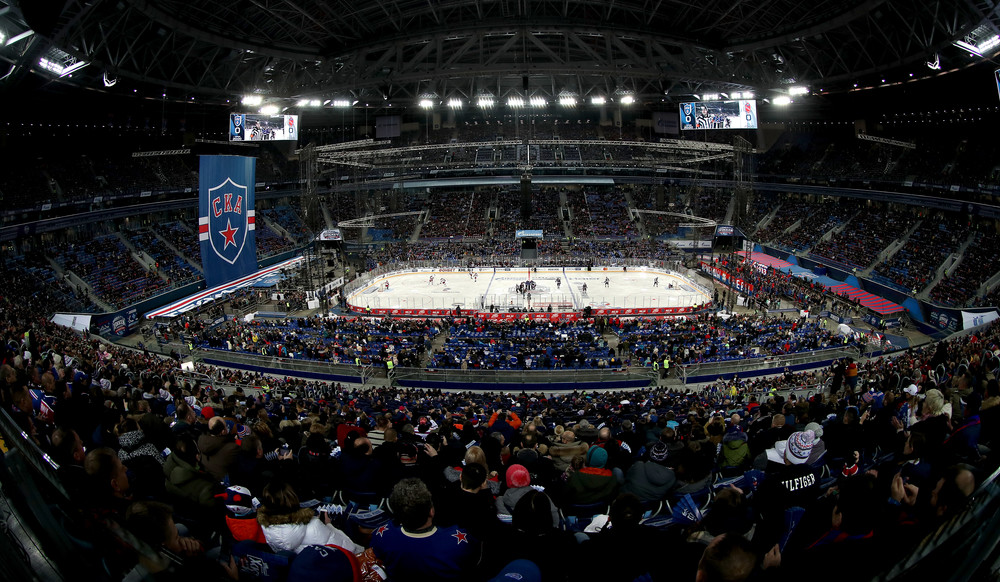 28 KHLers called up for the Channel 1 Cup

This week sees Russia host the second round of action in the Euro Hockey Tour in Moscow and St. Petersburg. And the Channel 1 Cup will feature 28 KHL-based players on the rosters of Finland, the Czech Republic and Sweden, as well as an entire Russian roster of KHLers.

After naming an experimental roster for the Karjala Cup in Finland last month, Russia’s head coach Alexei Kudashov has recalled several big-name players for the Channel 1 Cup later this week. CSKA strike partnership Kirill Kaprizov and Mikhail Grigorenko are two of the most prominent returning players, while Avangard’s star defenseman Slava Voynov is back as well. The KHL’s leading scorer, Vadim Shipachyov is another prominent addition to the roster.

But there’s still room for experimentation. Ak Bars defenseman Nikita Lyamkin, 23, has earned a first international call-up, while Torpedo forward Damir Zhafyarov gets the chance to continue after his successful showing in Helsinki. And Ak Bars’ record-breaking goalie Timur Bilyalov is poised for a senior international debut.