On Sunday, Dec. 8, the League counted the votes cast in the journalists' ballot – the second stage of the selection process to determine the players who will represent the Bobrov, Tarasov, Kharlamov, and Chernyshev Division teams that are set to contest at the FONBET 2020 All-Star Week in Moscow.

The journalists selected 12 players – one goaltender, one defenseman and one forward for each of the four Division teams – and the results are as follows: 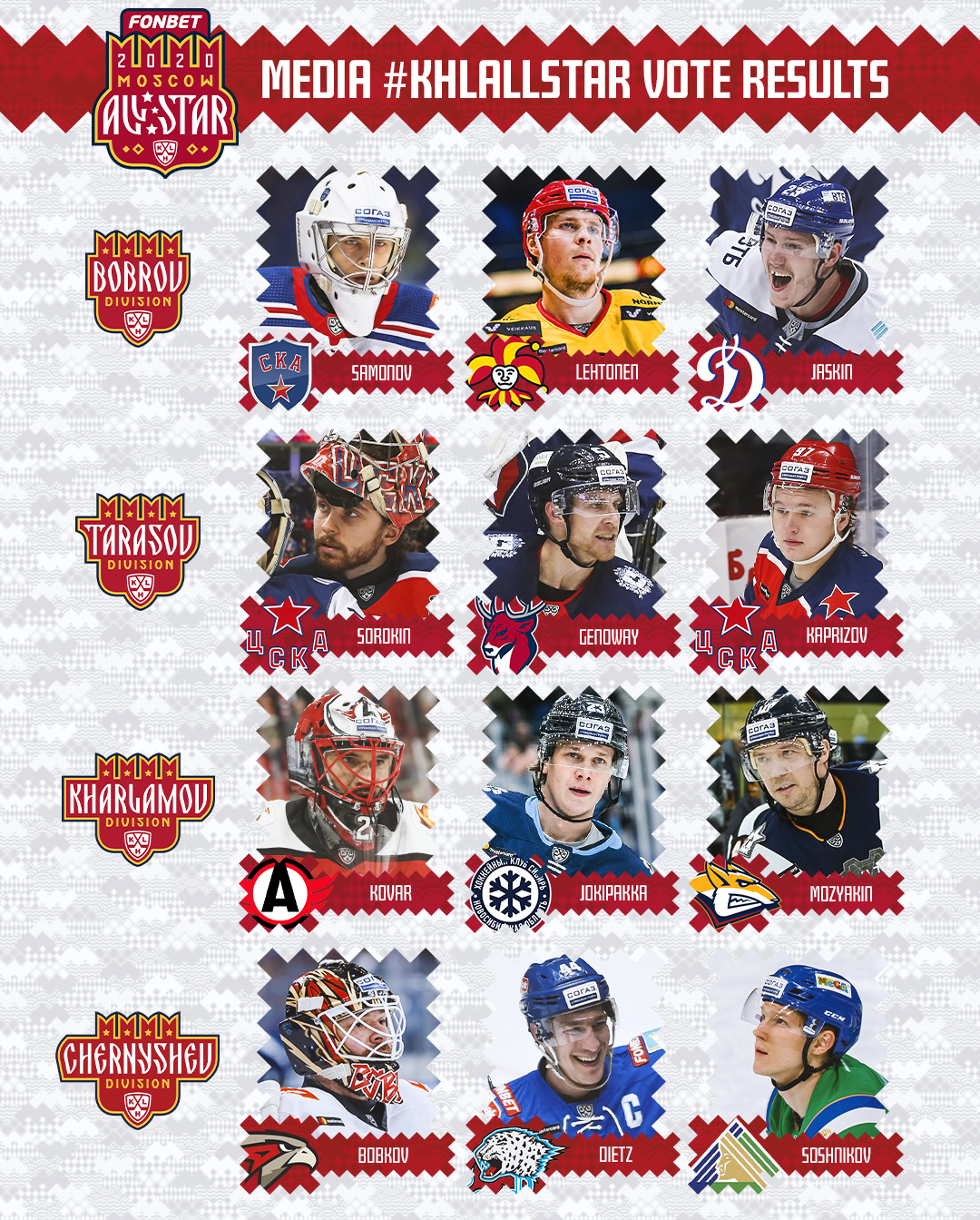 In the first stage of the selection process, 12 players were chosen for the KHL All-Star Game by the fans. The third stage shall be conducted by the League, who will pick another four players per team. As per tradition, the remaining four players will be selected among the best players in the JHL Challenge Cup.