“Astana will be a box of surprises” Dawes, Kagarlitsky on the All-Star Game

Nigel Dawes and Dmitry Kagarlitsky, who will wear the captains' patches for, respectively, the Chernyshev and Tarasov Division teams at the 2018 All-Star Game, spoke to KHL.ru abour their expectations of the forthcoming festival of hockey in Astana.

Dawes: “I might need a couple of dance classes” 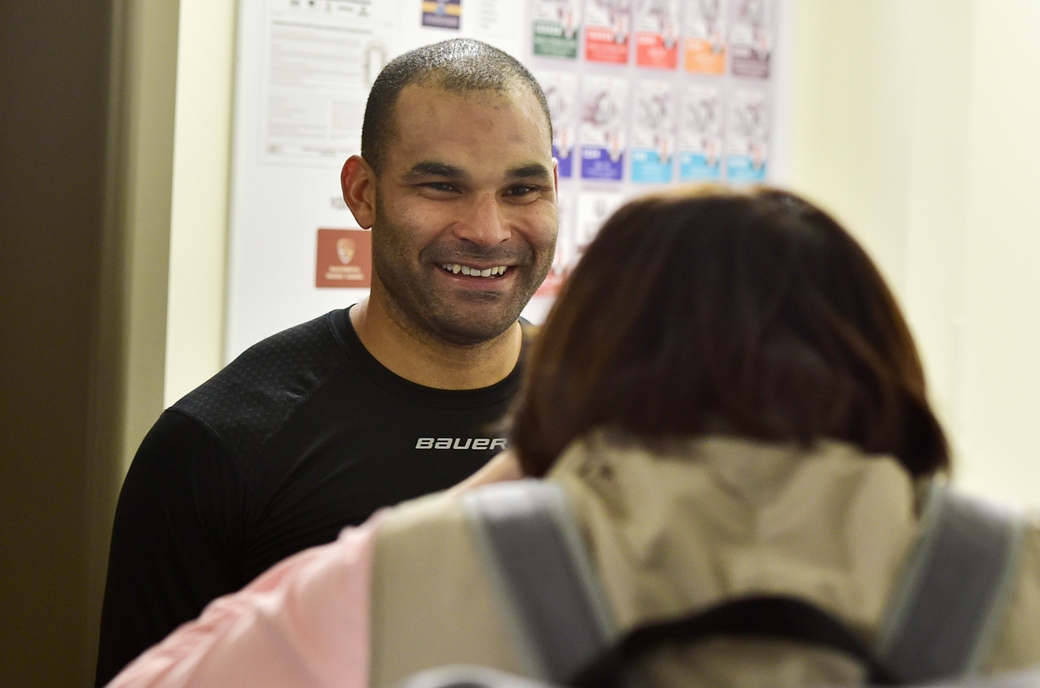 - You will be taking part in your fourth All-Star Game. Is it still a special occasion?

- Of course! Each time, I get together with the guys I know from the League at an informal celebration, and I make new friends who are currently the best players in the KHL. Besides, any call-up to the All-Star Game is unbiased recognition of the work you have done for your team, in the League, and it's proof that you're having a pretty good season.

Each year the format for the All-Star Game and the contests in the Master Show change, the organizers think up something new, and you never know what awaits you or which event in the Master Show you'll be selected for. Going to the All-Star Game also gives you a chance to get to know the host city. You have time to see the place, learn about it and stroll around, whereas during the rest of the season a road trip just involves arriving, playing, and leaving straight after. This time the Week of Hockey Stars is in Astana, at our own arena, before our own fans, so it will be different in that way, too.

- What does a call-up for the All-Star Game mean to you?

- It is a great way to enjoy a few diversions, and have some fun with other players. We all love the game, but for us it is also our job, and this is like a mini-vacation in which you still have to play but you're free of the usual pressure. You can just relax and enjoy all that is happening.

“Astana is a box of surprises, especially if you have never been here. In this city there is much to delight the visiting fans. Stunning architecture, restaurants, entertainment centers... everything is beautiful, stylish, and unique.”

- Have you thought much about the Master Show? A few years ago, for example, the captains had to dance with a figure skater.

- I'm certainly not a showman – that's never been one of my strengths – but I've seen the rosters, and there are a lot of guys who can produce something spectacular. As for figure skating, well, if I have to do it, then there's no escape, but maybe I should take a couple of dance classes beforehand (laughs).

- You have been playing in Astana for a long time now, and for the All-Star Game there will be many fans from other countries arriving. Does the city have anything surprising for visitors?

- Astana is a box of surprises, especially if you have never been here. In this city there is much to delight the visiting fans. Stunning architecture, restaurants, entertainment centers... everything is beautiful, stylish, and unique. I really hope we get pleasant weather for these few days, so that all who come to the Week of Hockey Stars will be able to stroll around the Kazakhstan capital and really appreciate the city. It can snow or get a bit frosty in Astana in January, so dress up warm.

Kagarlitsky: “I've planned something political, but I'll keep you guessing.” 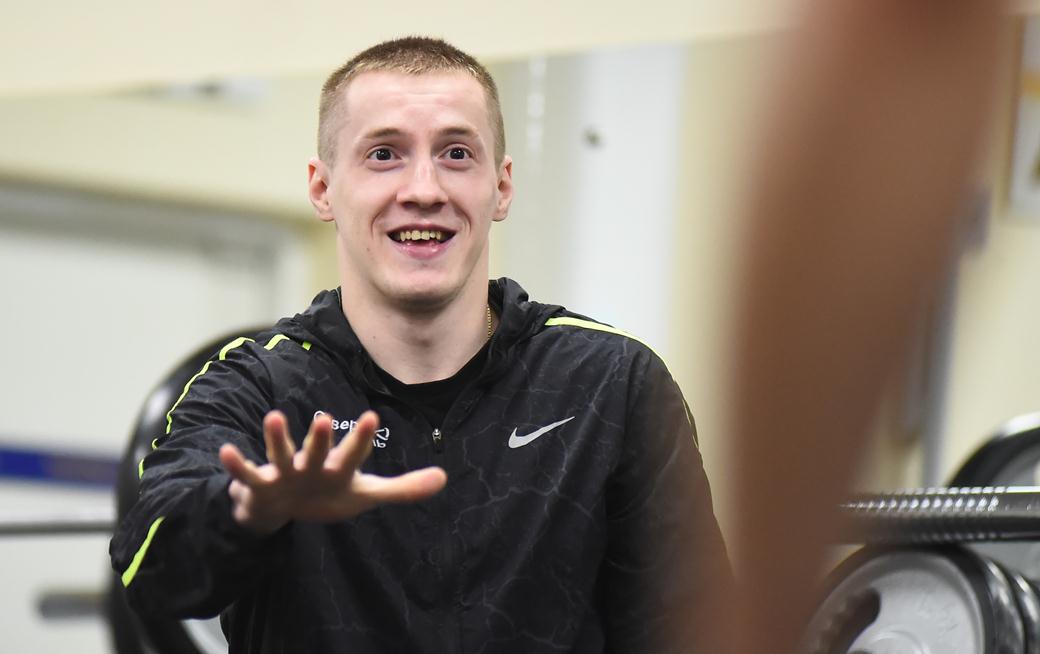 - This will be your fifth All-Star Game. Do you feel like a seasoned veteran yet?

- No, I don't feel like a veteran - I'm only 28! But I'm really looking forward to it, as I have a good time and it's a break from the intensity of the regular season games. It's good to find yourself in a relaxed atmosphere and play hockey in pleasant company, The trip will be more play and less work, and it's great for me to have been selected to represent the Division. It was the fans who chose me, and I would like to thank them for bestowing on me this honor.

- What memories do you have of your previous appearances in the event?

- I remember my first All-Star Game. I went with my close friend, Igor Skorokhodov, who was playing for Ugra at the time, and we enjoyed being in the same team. I also remember last year's event in Ufa, as it was the first year of the new, mini-tournament format which, in my view, is more interesting for the fans. I would like the All-Star Game to be more athletic in character, not in the sense of more physical play, but with faster play. When I'm playing in these matches, I always try to have a positive effect on the tempo, give 100%, and never step off the gas.

- Have you dreamed up anything unusual for us?

- I've been getting in some shootout practice, but I haven't thought of any specific surprise. I might find some inspiration, but time is running out. Although, I thought of one possible stunt, and I've been pondering it for a year already, but it's more to do with politics than hockey skills. I'll keep you all guessing...

“To be honest, I don't mind who the coach is. My job is to lead the team to victory. I've worked under Igor Nikitin with the Russian national team.”

- Something about Vladimir Putin?

- Yes! All in the best possible taste, of course. And only if I get the chance.

- Severstal goalie Julius Hudacek will be with you at the All-Star Game.

- He already has his “Huda-Show” - his own personal Party Piece, whereas I'll I'll try to think up something before the game, or maybe my wife will suggest something, as she'll be there, too. In fact, this time I'll be bringing about a dozen family and friends with me. Astana's a beautiful city and everyone I know wants to see it. I really like the place, and Katya, my wife, has heard so much about it from me. It is a little like Dubai, and it has everything. We'd love to see all the sights if we have time.

- Did you feel honored to named captain of a team which boasts players from CSKA, Dynamo Moscow, Lokomotiv...?

- Yes, I did not expect that at all. It was a big surprise and it's a great pleasure. I'm very grateful for the honor and I hope I won't disappoint. When I play in games like these, I always want to win and take first place, regardless of the format.

“I thought of one possible surprise, and I've been pondering it for a year already, but it's more to do with politics than hockey skills. I'll keep you all guessing...”

- Which of your Tarasov Division team-mates are you most keen to play alongside?

- Kirill Kaprizov. He is one of our finest young players, although I already hesitate to use the word, “young,” as he is already a top-class player regardless of age, and he has everything he needs to grow into a big star. He is also a great guy; he's honest, good-natured, and there won't be any problems about his approach. The whole team is very good, but I've known Kirill a while and he deserves a special mention.

- The assistant coaches are all lady TV presenters. What do you think of this idea, and do you know Sonia Gudim?

- To be honest, I don't mind who the coach is. My job is to lead the team to victory. I've worked under Igor Nikitin with the Russian national team, and while I don't know Sonia Gudim, these appointments were made to please the fans, and so she has my full support. Last season the assistant coaches were also commentators, and as a result, I became friends with Denis Kazansky. It will be a great pleasure to get to know another positive person.

Sonia Gudim: "Women love hockey because it has passion, energy and emotion!”

- Will you return from Astana with your arms full of souvenirs?

- I usually grab a few key-rings and souvenir pucks, but this time I've ordered around 50 caps for all the guys in the team, and I might buy a hat or two if I see any.