KHL.ru continues its profile of the four representatives of the Fairer Sex who will be assisting the head coaches of the Division teams as they contest the 2018 KHL All-Star Game in Astana.

In this, the fourth and final interview, we spoke to Daria Mironova of Match TV, who will be assisting Salavat Yulaev boss and Chernyshev Division head coach Erkka Westerlund.

- Daria, you spent quite a long time living in North America. Do you feel like a foreign star among the home-grown women on the team?

- That's a funny question, thank you! I just spend every preseason in the States, devoting all my time to my studies, attending master-classes and lectures given by North American commentators and journalists. Of course, this will help me communicate with the foreign players in my role as a foreigner-assistant-coach, as on our bench it will be useful to have someone who speaks both English and Russian. I love the whole idea! And by the way, Erkka Westerlund owes me a couple of interviews. He was fobbing me off, saying, “Later, later...” but now he cannot escape. He loves to draw and to explain, and I love to learn, so it will be an ideal partnership!

- Will it help you, all this experience you've gained across the ocean and at home in Russia?

- These last two years I have been reading an awful lot of books devoted to precisely this theme – the art of coaching. I just find it interesting. Most of the reading has been in English, but only because there are far fewer books in Russian about sport. In fact, I was discussing this with the famous journalist, Pavel Lysenkov, and we were wondering whether we should write a book about the coaches in the KHL. Moreover, I'm a big admirer of the Yurzinov dynasty.

- You spend quite a bit of your working life standing near the bench during matches, where you can hear the coaches shout. Have you heard anything that you might use to your advantage?

- Of course! The coaches are always asking me what I am writing down in my notebook, but I've kept every word and at last I can use them for my new assignment. 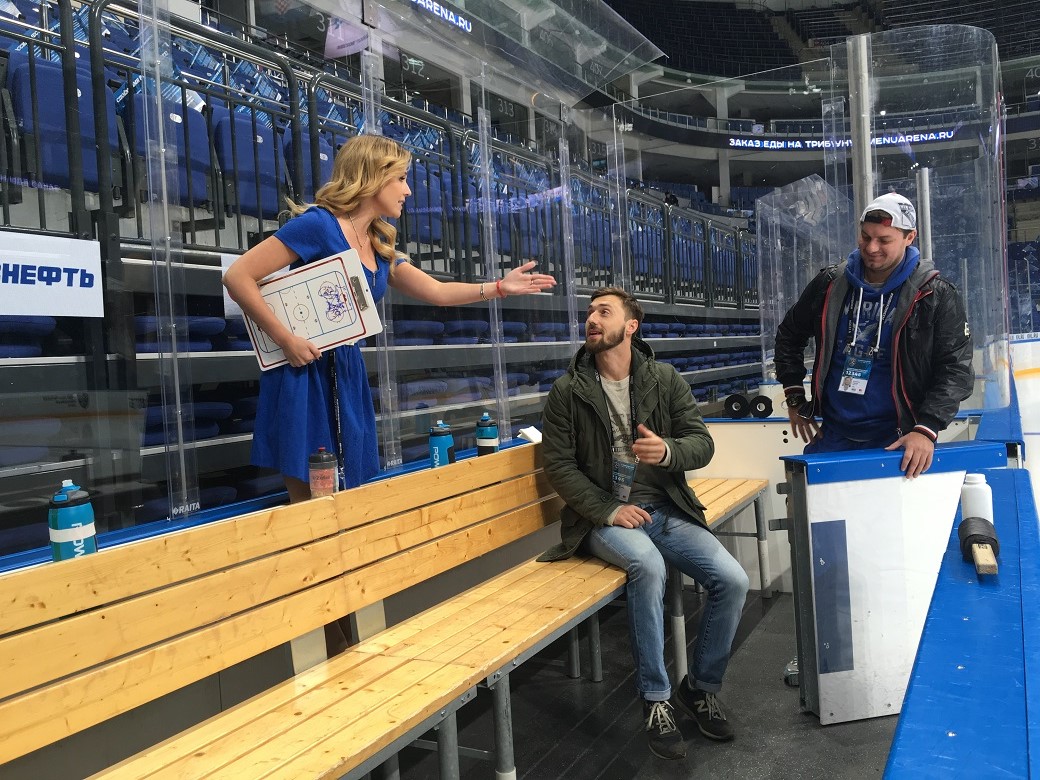 - Had you ever harbored a desire to test your mettle as a coach?

- As I, myself, am a swimmer, I am currently coaching my son, so I already have the leadership skills and a track record of getting the job done (laughs). But joking aside, during the preseason HC Sochi gave me a chance to test myself as a public address announcer, which gave me invaluable experience, and I can't even begin to describe the emotions. Now I have a new mountain to climb, albeit one which is a lot of fun. I love to experiment. Maybe, after the All-Star Game, I'll want to get my teeth into the science of coaching.

Recently in Moscow we had the International Hockey Forum, and I recall Igor Zakharkin's profound words, “You don't need to have played hockey to be a successful hockey coach.” Mike Babcock, in fact, never played the game at a professional level, but to the Canadians he's worth his weight in gold as a coach. On the flip side of the coin, there's Boris Mironov, who smashed many records with the Oilers, won Olympic silver and bronze, and is now a successful coach in the YHL and VHL. You find there are unique personalities.

- What do you think, overall, of the KHL's idea of having women TV presenters sharing the driving seat, so to speak, with the coaches?

- To be honest, the news knocked me back. You may remember at the All-Star Game in Ufa, I went onto the team bench to speak to Sergei Gimayev and Ilya Vorobyov, offering them my own game-plan. But that was just a bit-part in the show. I love to joke, but I view this new role seriously. There has been some talk of rivalries between us. I wouldn't know about that – I am only thinking about how to help my team and how we can put on a show which will delight the spectators. In that respect, TV presenters are no different from the hockey players – we each have a job to do, and we go out and do it. 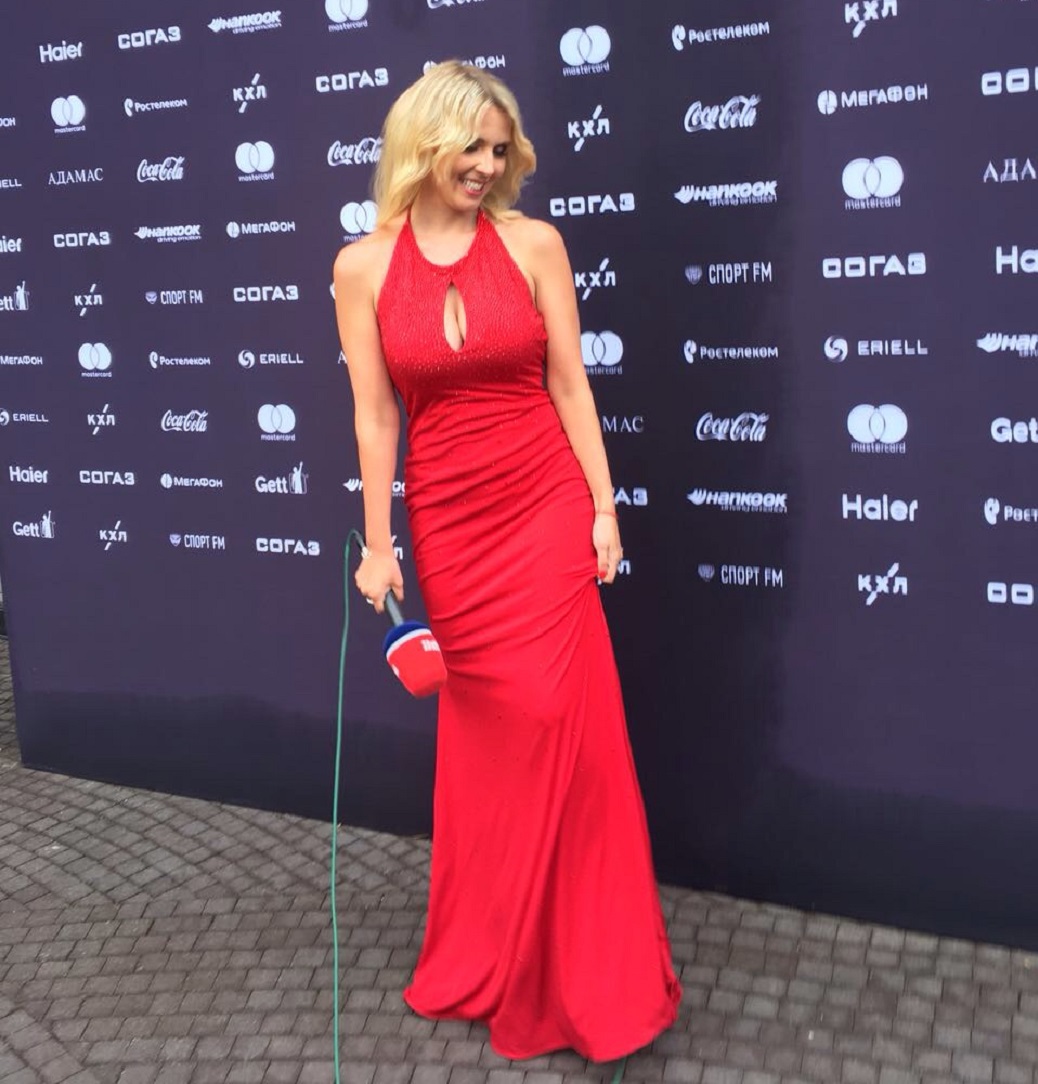 - Have you worked out any tactic or strategy to implement in the event that you need to change the course of the game? Do you have a Plan B, as they say?

- My favourite coaching method is the carrot-and-stick. I'm no pushover. We'll apply the received wisdom: you need to take an individual approach toward each individual player. I'll go out on the ice myself, if need be.

- How do you rate your team's chances?

- It brings to mind Eduard Zankovets. He didn't put together the Slovan roster, so he just had to work with the team he had inherited, and this will be a similar situation. All the same, I will state publicly that our Chernyshev Division is the best, so let's go, guys! And I hope the support from our fans will spur us on. We can do it!

- Do you know your roster off by heart yet? Have you chosen your most dangerous offensive troika?

- I closely followed all the rosters at every stage of the selection process, and in our team we have a lot of verstile players, which is a big plus for any coaching staff. I remember Alexei Krasikov from his days at Atlant, and he even came to our home to try out some goaltending equipment, and now he's a bit of a star at Sibir.Erkka Westerlund describes Philip Larsen as one of the most talented defensemen in the KHL, so he can do the work of two men. You see? I'm already giving out orders. Naturally, Erkka and I need to decide when and who will charge out onto the ice if we don't like the refereeing. We are both highly expressive people, both born under a “fire” sign, and I favor open, attacing hockey, while Erkka has his own preferences (laughs). 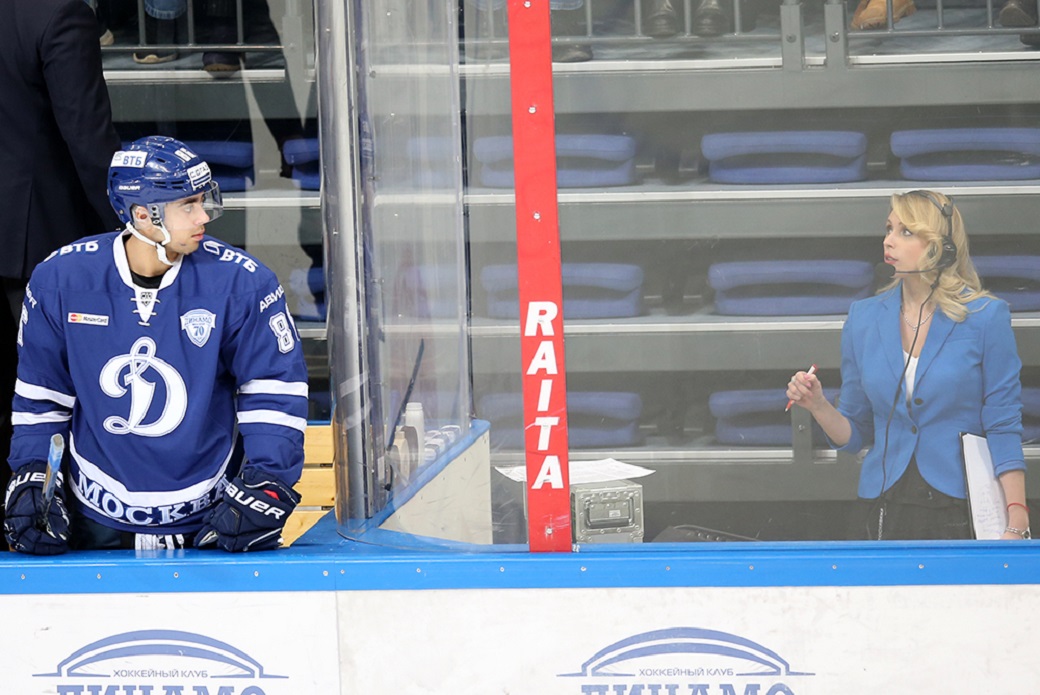 - As well as the coaching side, you and your three fellow assistants will have to keep in mind your role as a TV broadcaster. Do you think you will be able to combine the two duties?

- Natalia Clark and I have spent the season combining three jobs – presenting in the studio, sending reports from the games, and commentating from the sidelines – but these all overlap and are similar in spirit. The All-Star Game is a unique opportunity for me to gain new experience. I expect to fully enjoy it, but the most important thing is to transmit the festive occasion to the fans. It's like having New Year all over again, but a hockey version, and I need to glide smoothly into the role of assistant coach. I'll be studying all the interviews I've done with coaches from various sports. The important thing is not me, personally, but my role as a component in the machine, able to improve, amplify or change things. It will do me good!