As we continue honoring the heroes of the past season, having highlighted the youngsters who grew into stars and the international brigade who lit up the League, it is right and just that we turn our attention to the men at the helm. These are the coaches that risk their reputations on their faith in young talent; the alchemists who forge fearsome teams from multi-national rosters. Evaluating these mentors, generals, guardians, psychologists and specialists is a far more subtle task than with the gladiators they send onto the ice. Neither statistics nor standings will tell us the whole tale, as we must consider the budget, infrastructure, and the talent at their disposal. The huge gap across the League in resources and expectations means that for one team, finishing second is a bitter disappointment, while another club celebrates securing 16th place as a resounding success. For this reason, in preparing our tribute to the coaches, we decided the fans would forgive us for not providing a top-down ranking, as the lack of any truly objective criteria would inevitably lead to cries of injustice. Instead, we present for you five specialists who illuminated the 2015-16 campaign in their own individual way.

THE MAN TO THE RESCUE

The eighth season of the KHL saw a record number of coaching changes, and many of these were triggered by disappointment at early season results. This can be daunting for the new chief as he inherits a team of players he did not select, some of whom might be low in confidence, but in several cases last year the change in personnel led to an upturn in fortune, and by far the most striking example in this respect was Salavat Yulaev. After a shaky start, the management brought in Igor Zakharkin to replace Anatoly Yemelin and the team underwent a rapid transformation. Looking back at the epic battles the Ufa men produced in the play-offs, when stirring victories over Ak Bars and Avangard brought them to the Conference final, it seems hardly credible that even mere qualification for the knockout stage was in serious doubt until Zakharkin took charge. The fairy tale ended with elimination at the hand of the eventual champion, Magnitogorsk, so in terms of silverware the team could not quite match the exploits of the 2011 Gagarin Cup triumph (in which, we should add, Igor also had a hand), but the highly experienced coach deserves full credit for supervising such an exhilarating reversal of fortune. 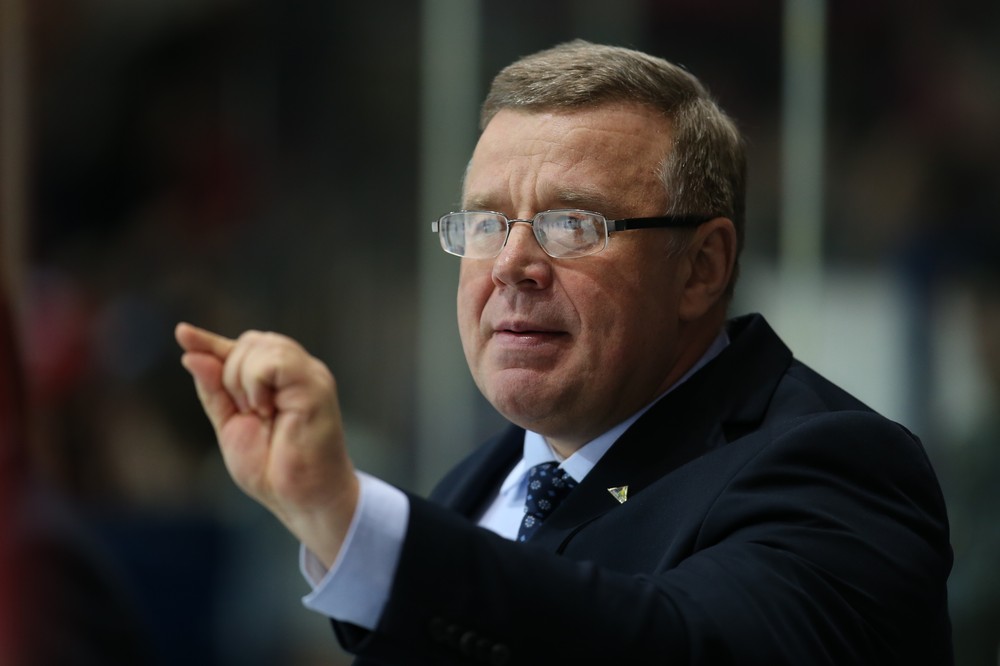 In any good awards ceremony, in addition to lauding the winners, a special mention goes to outstanding finalists in each category, and so we shall also raise a glass to Sergei Oreshkin, who took over a faltering Dynamo Moscow in the first days of 2016. Not having Zakharkin’s wealth of experience in the KHL, he nonetheless performed sterling work to bring the blue-and-whites from 13th place in the standings up to 6th, after which they confidently glided through the first round of the playoffs, before Oreshkin suffered the same fate as his predecessor – defeat by the men from Saint Petersburg.

In theory, both Zakharkin and Oreshkin could compete in this category, but we decided to focus on coaches who spent an entire season in their new surroundings, and few would dispute that Evgeny Kornоukhov is a worthy winner. If the Avangard boss suffered newbie’s nerves, he certainly kept them hidden. Throughout the entire campaign, he was the epitome of a stoic, assured, confident and competent captain of the ship, speaking little and smiling even less as he went about his duties with the minimum of fuss. His personality was reflected in his players, as they methodically and relentlessly secured top spot in the Eastern Conference standings. Some might bemoan a lack of drama and excitement, but that is the result of the values instilled by Kornоukhov, ensuring tempers never overheated and limbs never froze. His debut season ended with a seven-game series loss to Zakharkin’s resurgent Salavat Yulaev, and that is hardly a black mark for a coach in his first full season in the League. 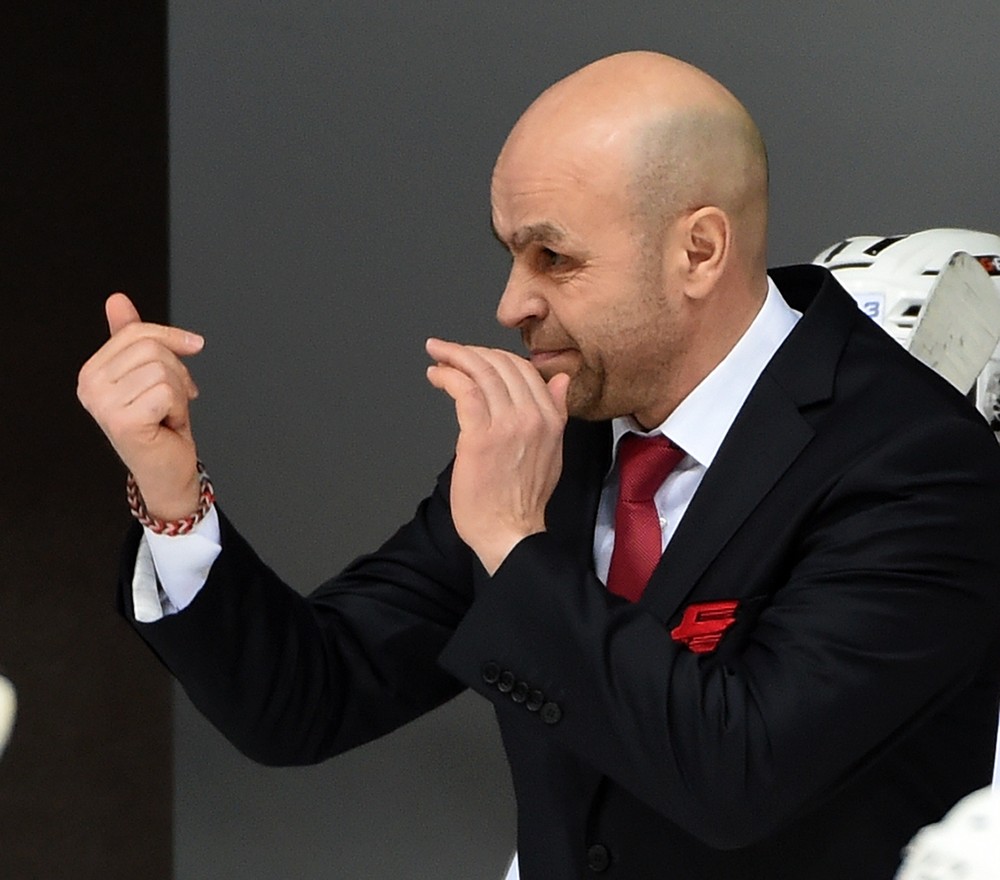 Among the others who caught the eye in this category was Avtomobilist head coach Andrei Razin, who in many ways is Kornоukhov’s complete opposite. Razin is one of the most animated and entertaining of bosses, and seldom reluctant to offer his opinions, but as with the Avangard chief, his reign was one of ruthless efficiency. Under Razin, the Yekaterinburg men not only secured a play-off berth, but also celebrated their first ever road victory in the knockout stages.

On the 19th of April, Kvartalnov could have been forgiven for wondering whether he was the unluckiest man in the world, but now that the dust has settled and passions have cooled, any rational evaluation would confirm that he has guided the Army Men through another highly impressive season, winning the regular championship for the second successive year, and later capturing Western Conference title. Many a fan looks at the rosters pre-season and remarks with anticipation that his favorite is the best on paper, but then tempers his excitement with the fact that our game is played on ice. Kvartalnov courageously refused to stake everything on star names, and his faith in giving youth a chance paid handsome dividends with the superb performances of the likes of Roman Lyubimov, Ivan Telegin and Ilya Sorokin. Having won the marathon of the regular season in style, his boys were narrowly edged out in the hectic sprint of the playoffs. The only gap in Kvartalnov's arsenal is the knack of winning the seventh game in a play-off series, with three defeats out of three so far, but the Army Men are sure to break that bad habit sometime soon. In any case, it is a problem many coaches would envy. 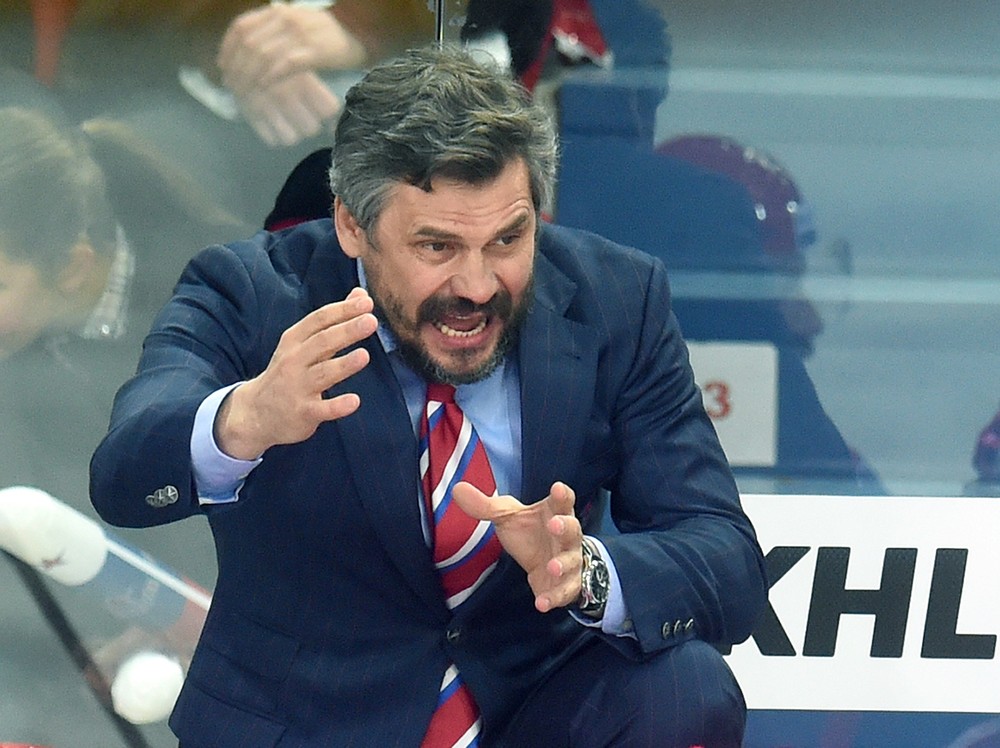 In this category, we must note that the CSKA boss beat two very impressive contenders – Torpedo's Peteris Skudra and Sibir's Andrei Skabelka. As with Kvartalnov, the pair continued at the same club as in the previous championship, and both once again proved to be outstanding. After having to cope with significant and enforced personnel changes in the summer, both managed to create new combat-ready collectives that matched and surpassed the efforts of the previous squads, and both sealed qualification for the play-offs. It is true that in Sibir's case elimination came one round earlier than in 2014-15, but no other team has been such a thorn in the side of mighty Magnitka over the past three seasons.

Love him or loathe him, runs the cliché, but you cannot ignore him, and few would deny that the Championship was a little poorer during the brief absence of the charismatic Czech who, lest we forget, first arrived in Russia before the KHL even existed, and was named as Coach of the Year in 2010-11 thanks to his miraculous work with Atlant. Once again, he did not disappoint. He turned a downtrodden Slovan team into a force to be reckoned with and brought Gagarin Cup play-off action back to hockey-loving Bratislava after a two-year drought. In the end, there was to be no miracle in the play-offs, and Slovan were dealt a 4-0 defeat at the hands of CSKA, but as you would expect from a Milos Riha team, the Bratislava boys fought every inch of the way. 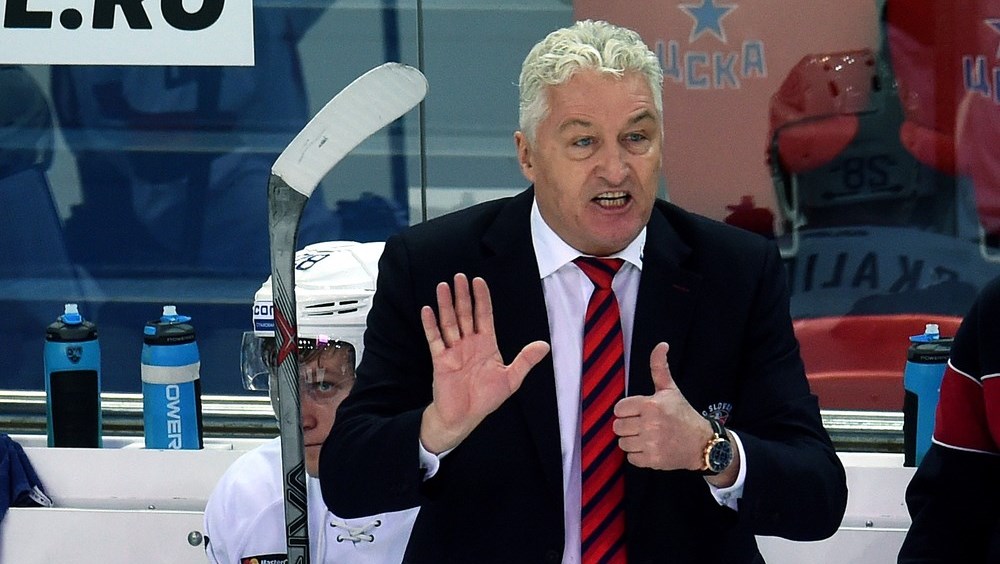 Mr. Riha was our sole nomination for this category, since one of the criteria, of course, is that the candidate be a legend, and who else would qualify? There are those who might well raise a hand and suggest Mr. Zakharkin, and with some justification, but we have already lauded the Ufa boss as the savior of Salavat Yulaev's season.

This category also has just a solitary nominee for the obvious reason: no matter how many great rescuers, returning legends, impressive newcomers, coaches of steely determination, relentless consistency, and even genius populate the League, there can only ever be one champion, and this year it was Ilya Vorobyov. If we were to adopt the format of Hollywood's Academy Awards, Mr. Vorobyov would be like Ben Hur with a sackful of Oscars and nominations in multiple categories, including those for heroic rescue and impressive debut, but we believe the victorious boss will be happy to share the season's honors, especially as he is the indisputable winner of the most valuable prize of all. In the story of Vorobyov at Magnitogorsk, we must remind ourselves that he faced an unenviable challenge, replacing Stanley Cup and Gagarin Cup winner Mike Keenan, but he undoubtedly raised the team's performance while producing hockey which was a pleasure to watch. All through the regular season and play-offs, the team continued to improve with every stage, and few, if any, would now cast doubt on Magnitka's superiority or on the stunning potential of the victorious coach. 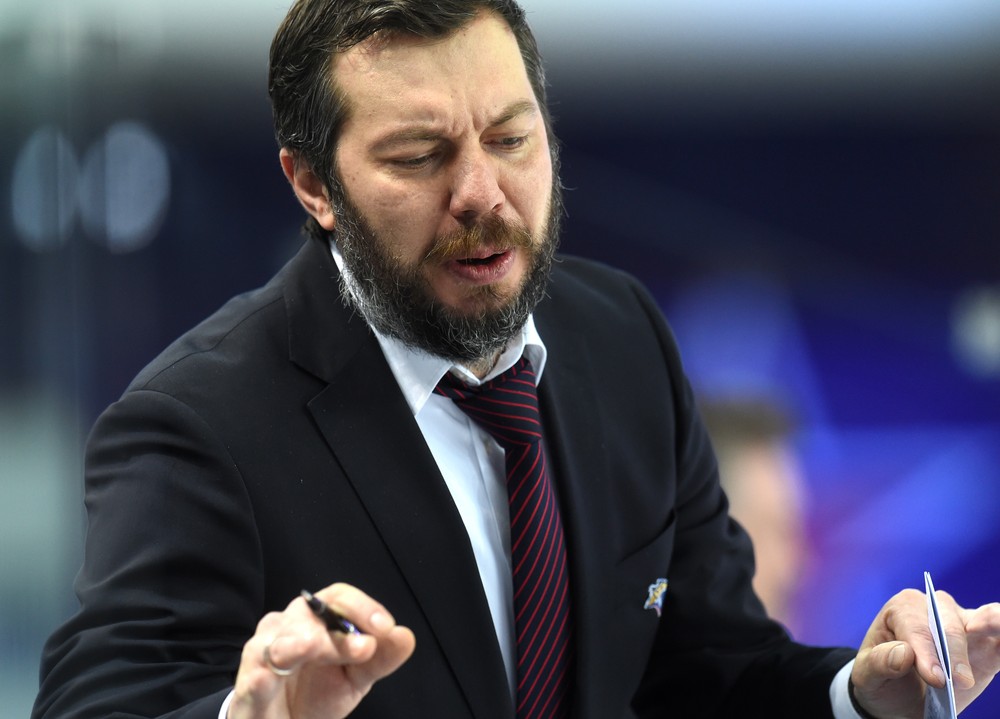