Having begun our series with a tribute to the youngsters, we continue our parade of heroes by lauding the five most impressive members of the League’s Foreign Legion.

This much-traveled, offensive-minded defenseman landed in the KHL during the 2013-14 campaign and certainly hit the ground running, swiftly establishing himself as a pillar of the Magnitka team which went on to win the Gagarin Cup.

The following year, fans voted in droves to ensure the popular Canadian made the starting line in the KHL All-Star Game, and it is worth recalling how he reacted to the news: "It’ll be a great pleasure to go to Sochi and I’d really like to take part in the Super Skills, albeit just the fastest skater, as shooting accuracy is not my strong point.”

The modesty was admirable but false, and his lethal ability to find the intended target proved to be a crucial factor in the Gagarin Cup final series. In Game 6 he provided the assist for Sergei Mozyakin to drag the Steelers back in contention, and in Game 7, having threaded a precise pass for Evgeny Timkin to open the scoring, it was Chris who scored the championship-winner, sending an unstoppable shot through a platoon of Army Men high into the far corner.

The 35-year-old’s talent and experience clearly rubs off on his partners. Last year Viktor Antipin clearly blossomed by playing alongside Lee and went on to become a World Championship silver medalist in Prague, while this season Chris aided the meteoric rise of Alexei Bereglazov, currently preparing with Team Russia to take on the world in Moscow and Saint Petersburg. 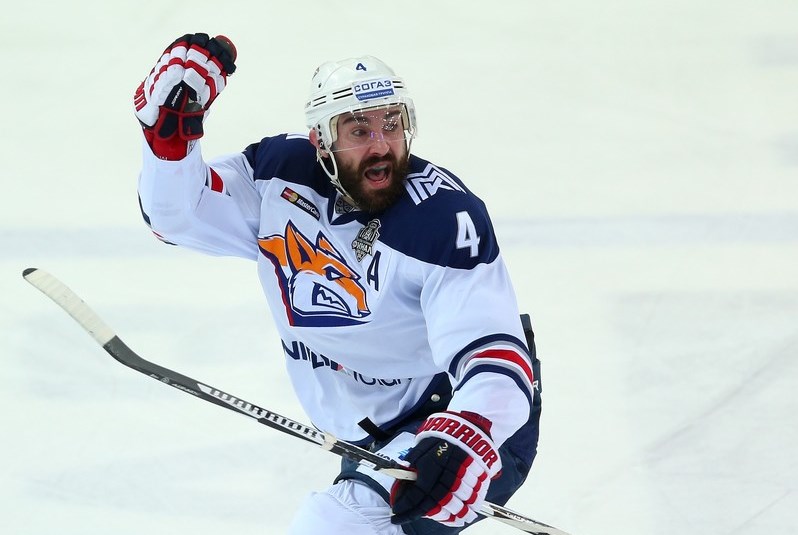 Hardly had the diminutive Swede set foot on Russian soil (in 2009 with Dynamo Moscow) than none other than title-winning Salavat Yulaev coach Vyacheslav Bykov claimed he was the most dangerous player in all Europe at playing from the corners or behind the net. Sadly, an impressive regular season was followed by disappointment in the play-offs.

Five years on, after NHL duty at Edmonton and Buffalo, the little Swedish magician returned to light up the League and became the de facto soul of HC Jokerit. When Steve Moses hit a record 36 goals in the regular season, it was Omark who supplied the bulk of the ammunition.

After Helsinki, he became a firm favorite at Salavat Yulaev, forming a formidable front line with Igor Grigorenko and Andreas Engqvist, and then made the brightest (literally) impression in Moscow in the shootout at January’s All-Star Game, when his bold attempt to score with a blazing hockey stick caused a stir on both sides of the Atlantic. 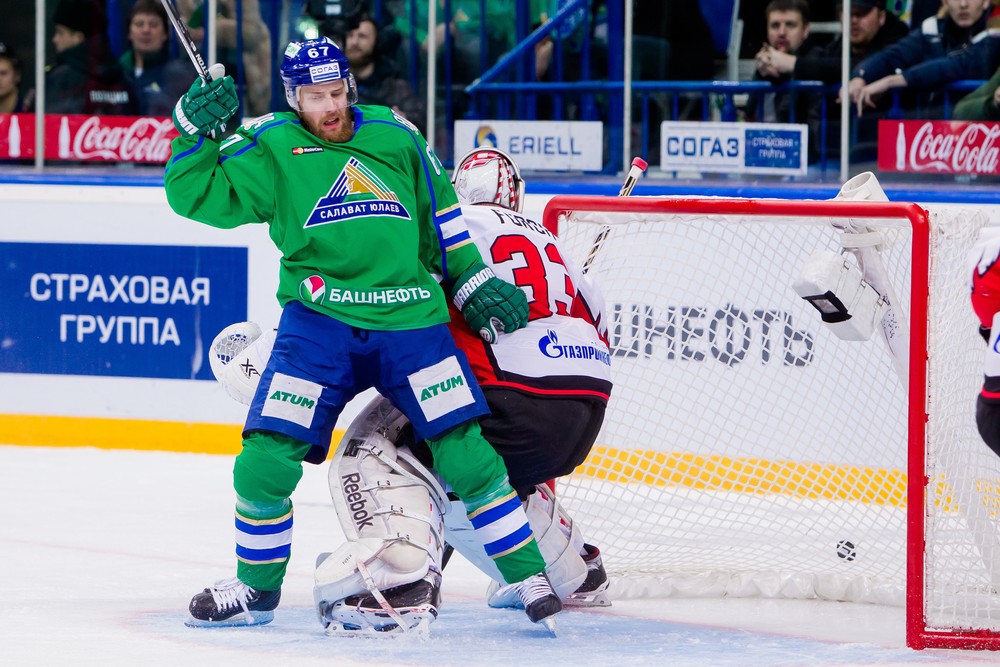 Even though this was the Czech center’s third year in the KHL, and despite his accruing a stunning +46 for the 2013-14 regular season, it was a while before he took his place in the fearsome front line with Sergei Mozyakin and Danis Zaripov.

The 2015-16 regular championship ended with Jan posting a +30, but it was in the playoffs that Kovar returned to his brilliant best. In the final series, he scored to take Game 3 into overtime, and in the seventh and decisive encounter his glorious pass set Chris Lee through to clinch the title. It is thanks to his form in the KHL that Jan has become one of the leading lights in the Czech national team. 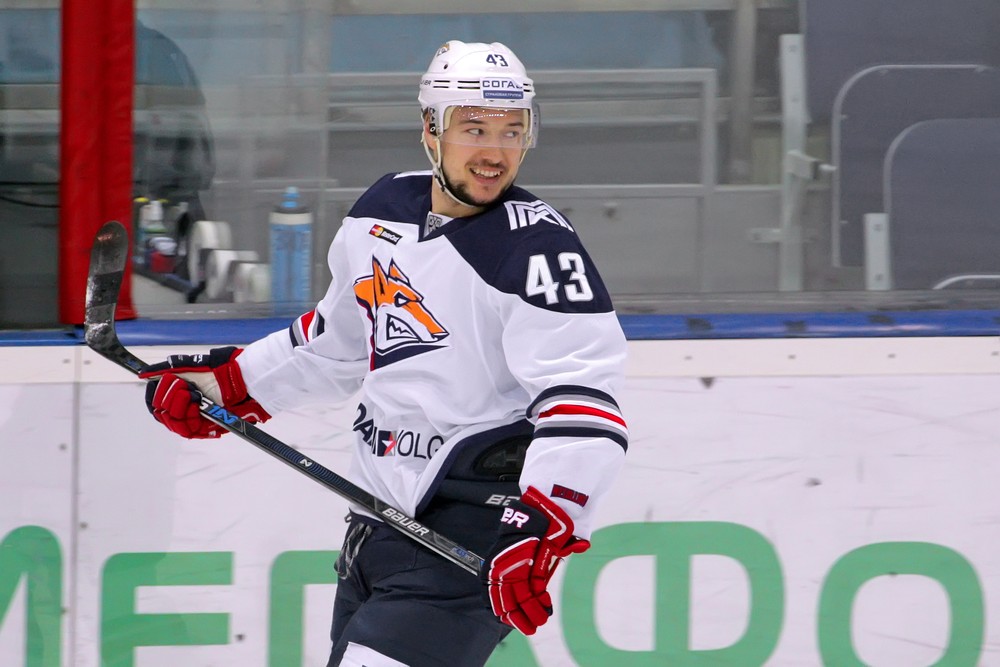 Before joining the KHL, there were few reasons to sit up and take notice of this little defenseman (like Linus Omark, Mat is 5’ 10”), and anyone following his pre-Dinamo Riga career in Finland would note that he even yielded a minus for the regular season.

Contrast with this year’s exploits: the Canadian became the League’s MVP with a +31, was Defenseman of the Month for January, and for a spell was even the main source of points and goals at the Muscovite blue-and-whites.

Wider recognition came in January when the fans selected Robinson for the starting five in the 2016 KHL All-Star Game.

At the end of the regular season, Robinson celebrated the birth of a daughter. “Let's see what the new father can do,” - boomed the voice of club General Director Andrei Safronov on the eve of the play-offs. The knockout stages were not kind to Dynamo this year, but his +6 suggested that Mat was still the best of the bunch. 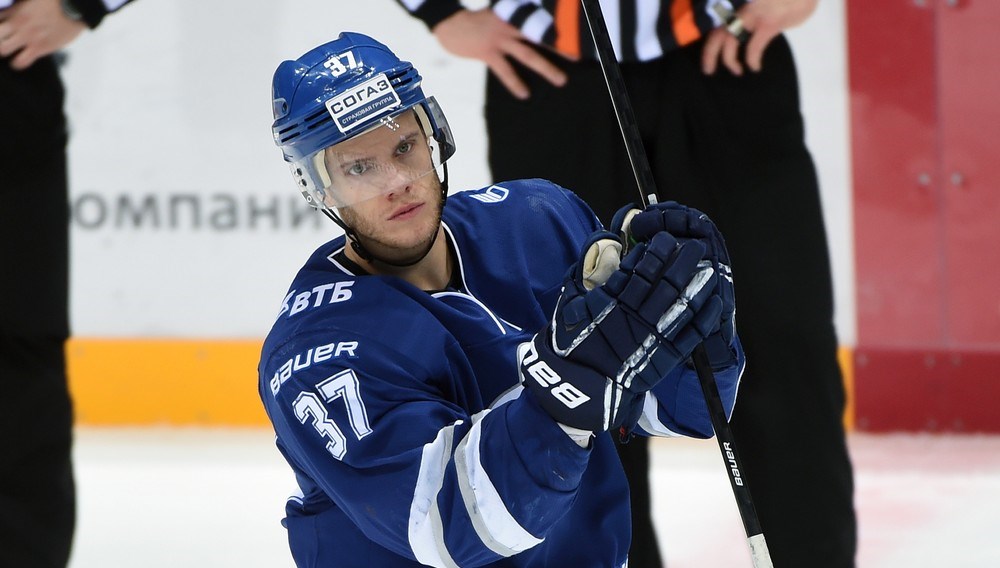 Following the departure of Kari Ramo to the NHL, the Omsk club struggled for two seasons to find someone good enough to fill the huge gap left by the Finnish legend, and it is hardly surprising that the fans adopted a “wait-and-see” attitude toward the 25-year-old Czech. They need not have worried. Furch has proved a worthy replacement, of the kind that seems to grow stronger with every match.

In December he helped push his national team to victory in the Moscow round of the Eurotour, the Channel One Cup, and by the end of the regular season, the “Hawks” had clinched top spot in the Eastern Conference and any doubts harbored by the fans had long evaporated.

In the playoffs, Furch continued to be a model of consistency and reliability, but then, at the most crucial moment, the capricious gods of hockey turned their backs on him. In Game 7 of the series against Salavat Yulaev, Maxim Mayorov’s shot evaded Dominik and found the net. The fans, however, were not going to spurn their new hero. He was voted Player of the Season by the Avangard faithful, and is currently loosening his limbs in preparation for the forthcoming World Championship. 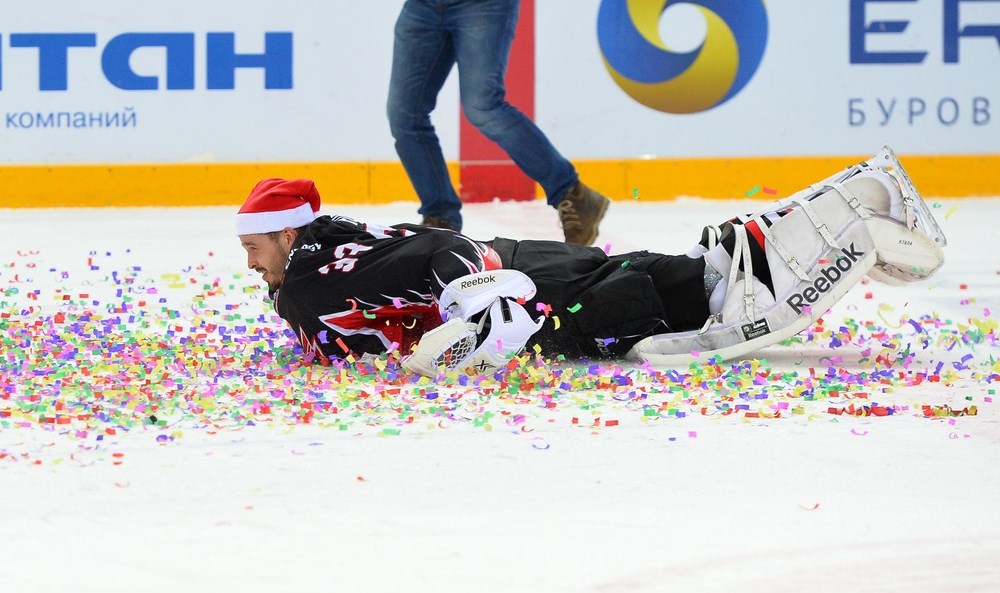