The eighth season in the League’s history is now just that - history. Now it is time for fans and pundits alike to cast their judgment on the events of the past eight months and pay tribute to those we believe were the best, bravest, most exciting, most improved and most fortunate. Many famous names, emboldened by hard-won experience, distinguished themselves and confirmed they are still masters of the art, but several younger gladiators also made their mark. Today, with the stars of the future as our theme, we present for you five of the season’s surprise packages.

The potential of this 20-year-old had already been noted as far back as October of 2014, when his performances for his native Metallurg Novokuznetsk earned him a call up to the national side for the Eurotour game against the Czech Republic. Two months later, Ilya joined Moscow’s Red Army, but few would have been brave enough to predict that he would become CSKA’s first-choice goalie in his first full season. The Muscovites already had experienced Swede Viktor Fasth, formerly of Anaheim and Edmonton, guarding the net with Stanislav Galimov as understudy, but so rapidly did Sorokin improve that the club felt confident enough to allow Galimov to move to Ak Bars. Then, as the regular season drew to a close, even Fasth had to step aside for the young pretender. Sorokin certainly rose to the occasion, and was ever-present as the Army Men stormed through the play-offs and came within a whisker of Gagarin Cup glory, eventually losing a tense Game 7 to Magnitogorsk. And not even the harshest critic could fault the young netminder for failing to thwart Evgeny Timkin on a 1-on-1 breakaway or Chris Lee’s game-winning strike through a forest of bodies. Russian hockey has a new star, shining brightly between the pipes.

In the 2012-13 season of the MHL, a haul of 69 points propelled this young attacker into the Yekaterinburg club’s seniors, after which his career continued to blossom. In early 2015, he captured a silver medal at the World Juniors in Toronto, but it was during the 2015-16 regular KHL season that the prospect became a star. Anatoly racked up 44 points in 56 games as the men from the Urals charged towards a play-off berth, and his haul included 25 goals – the highest total posted by any youngster in the history of the League. Avtomobilist even made the 21-year-old an alternate captain, and the journalists were just as dazzled, selecting him for the second line in the 2016 All-Star Game, at which he delighted the Muscovites with his Robin Hood impression in the shootout and justified his selection with a hat-trick for Team East.

On the 11th of February, Golyshev made his debut for Team Russia in a game against the Czech Republic. While it is true that his impact in the play-offs was limited, few would doubt that the prolific young marksman has a glittering career ahead of him. 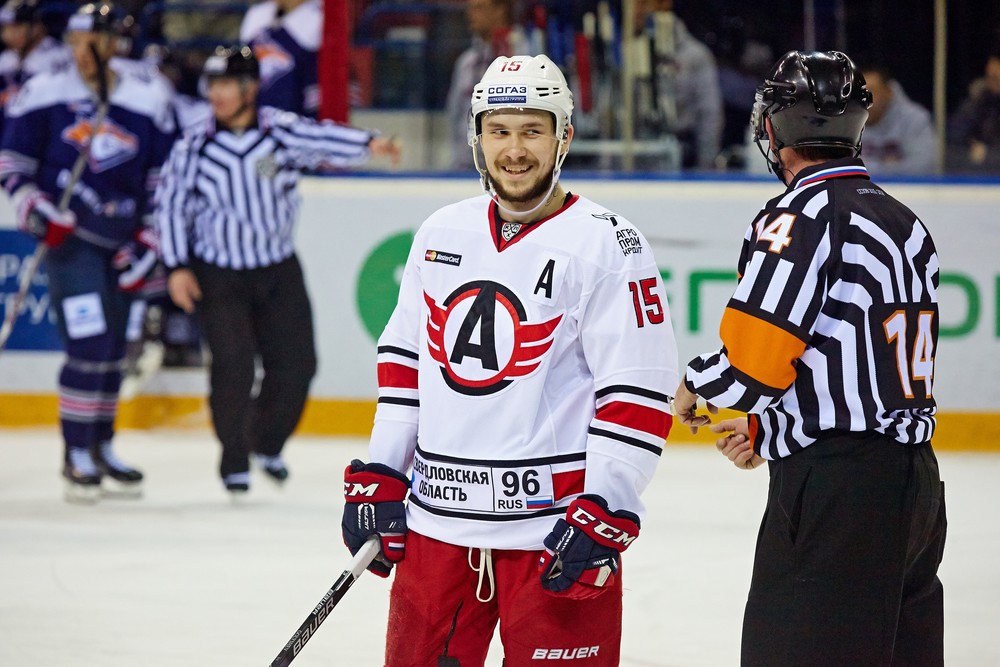 Gusev burst onto the scene back in the 2010-11 season as a rising star in the CSKA youth side which won the Kharlamov Cup. The exciting young forward was top points score, top goal scorer, and MVP in the play-offs. The 2015-16 season began with Gusev in the colors of Ugra and he swiftly became a firm favorite among the Khanty-Mansiysk fans. In mid-October, he moved to Russia’s “northern capital” and notched two assists on his SKA debut. Some might have wilted on their first game for a big-city club, but Nikita has a coolness and composure well beyond his 23 years, as he has proved in many a shootout for Ugra, SKA, and most recently, the Russian national side, for whom he sealed victory in April by winning a duel against the Slovakia goalie.

He was also admirably unfazed by the pressure of the play-offs, posting 14 points (5+9, second only to Vadim Shipachyov) and confirming his status as one of the brightest prospects in the Championship. 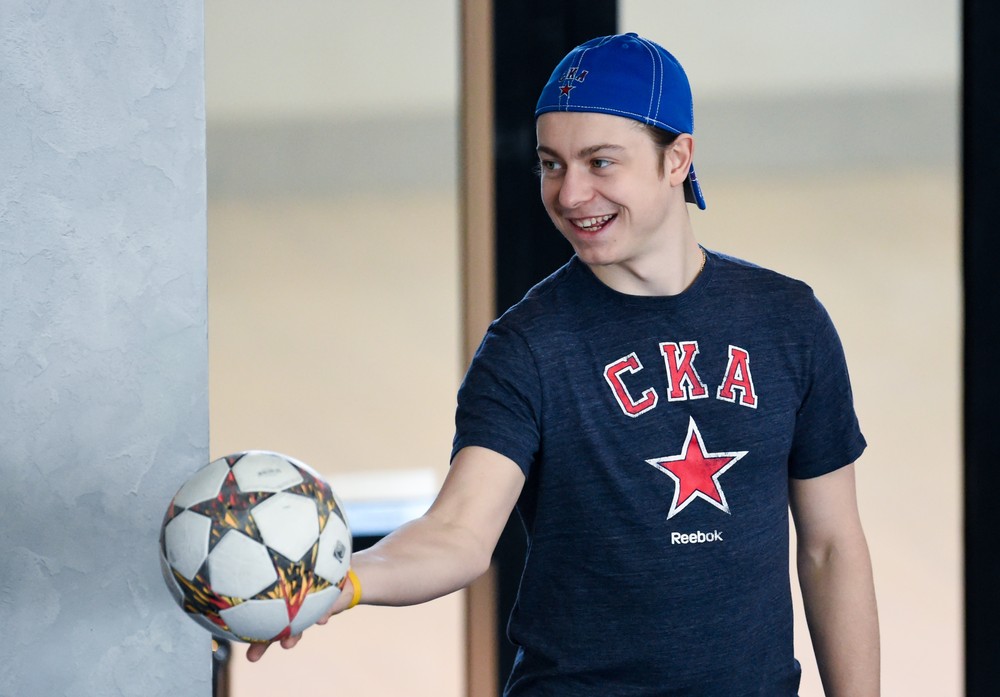 This season will probably be viewed by future historians as the turning point in the career of the 21-year-old former pupil of the Penza hockey academy. It was almost a rags-to-riches story, starting with Paigin languishing at MHL-B level and ending with him proudly playing for his country. Another member of Russia’s silver-medalist team at the 2015 World Juniors, he made his KHL debut in September of 2014, and a year later left Ak Bars Kazan for HC Sochi, and is now regarded as one of the southerners’ wisest acquisitions. His end-of-season report is glowing: top scorer of all Sochi’s defensemen, selection for the All-Star Game in January, and the call-up to Team Russia in February. 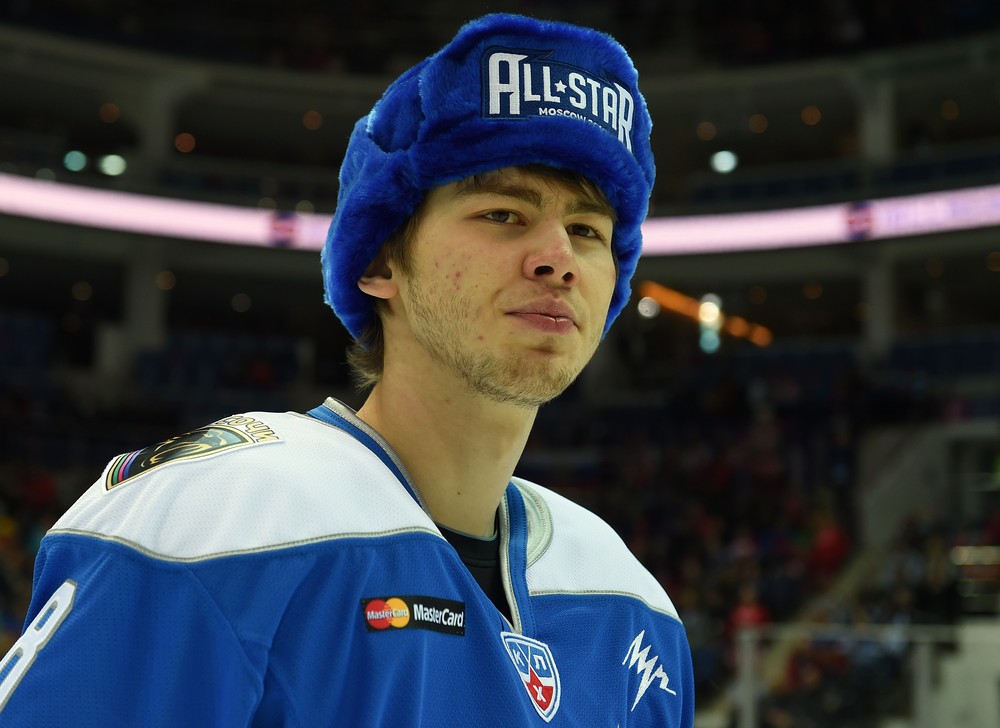 It was fascinating this season to watch how this 22-year-old D-man grew into being one of the leading players in the defensive lines of the eventual champions. In the previous campaign, Alexei was limited to just two outings in the VHL, and a mere 12 months later it is hard to imagine a Magnitka team without the formidable youngster’s presence in defense, particularly in the play-offs. Already back in the fall of 2015 he was being considered for Team Russia duty, and although the call-up never came, he continued to improve and hit peak form during the battles for the Gagarin Cup. He was not merely a daunting opponent in defense, but he yielded valuable points in his offensive forays and scored some crucial goals. It was his strike against Salavat Yulaev that took Game 5 of the semi-final series to overtime (in which Magnitka triumphed), and he scored the decisive goal in Game 2 of the final series against CSKA. More than any words, the sight of Bereglazov holding aloft the Gagarin Cup gave the most eloquent description of his performances over the season. 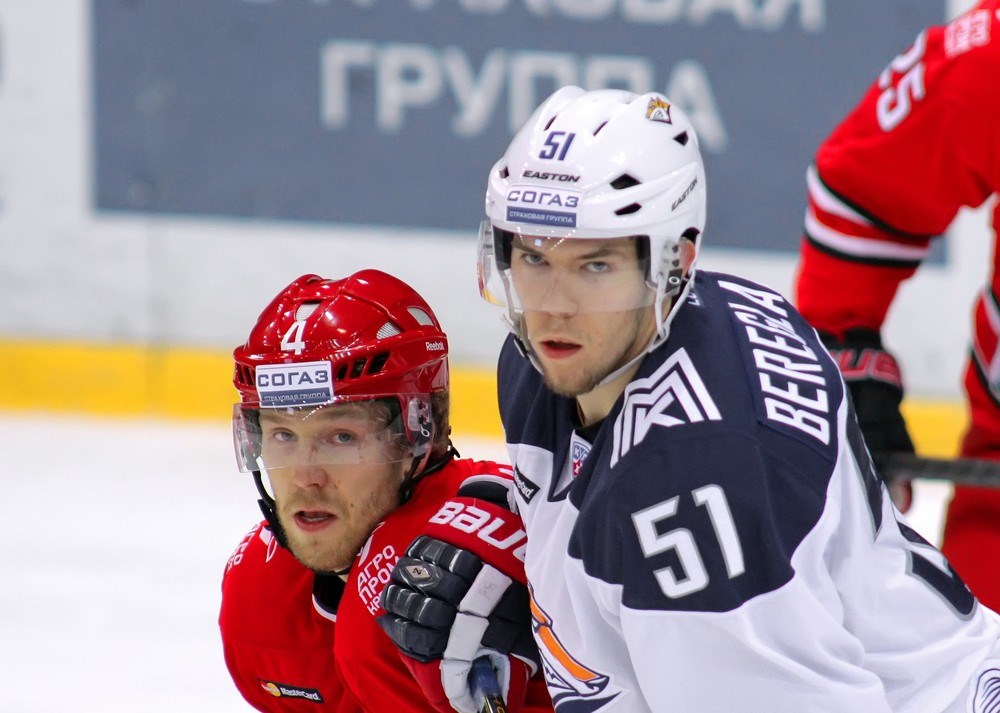