In addition to the 3x3 tournament, the coming days in Mytishchi also see the KHL’s first ever official pre-season camp. Designed to help players get into shape ahead of their return to their clubs next month, it’s already getting the thumbs up from those involved.

“It’s a good idea,” said Vityaz forward Alexander Yaremchuk. “When we heard that the league was creating a training camp, a lot of the guys joined up right away. We’re happy to come, and we like what they’re doing here: it’s well-organized, we have accommodation, an arena, a gym.” 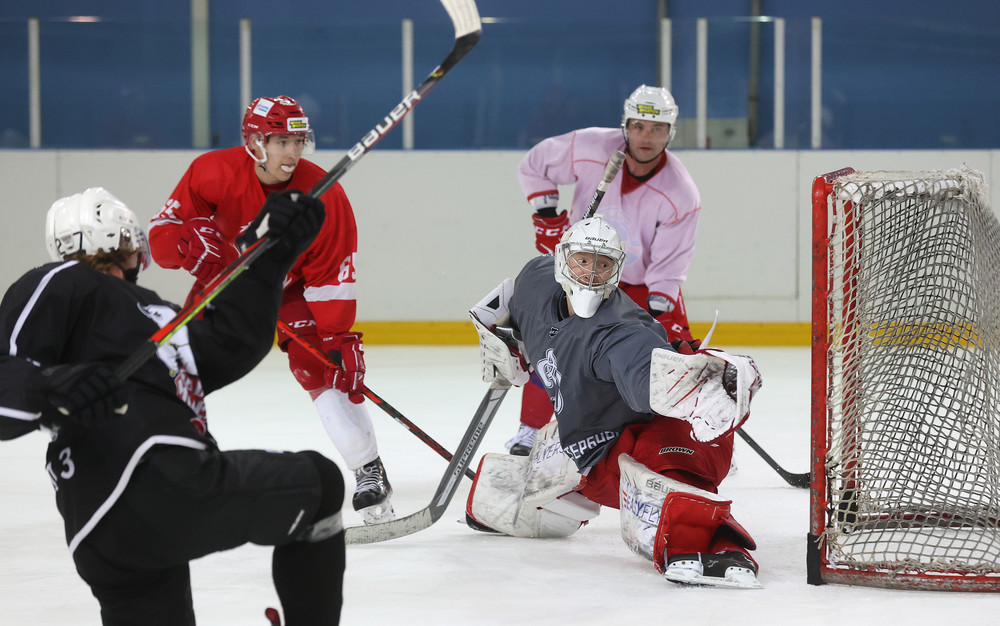 The KHL is going 3x3

This week, Mytishchi is hosting a training camp ahead of the league’s first ever tournament under this format. Sponsored by Olimp Bet, the competition runs June 22-30 and sees eight teams compete in a round robin group stage, before the top four go on to a medal round and the rest contest a classification pool. And there are plenty of well-known KHLers on display, including Sergei Tolchinsky, Nikolai Goldobin, Vladislav Kamenev, Ansel Galimov, Rafael Batyrshin and Andrei Zubarev. Between them, they’ve won six Gagarin Cups and, in Zubarev’s case, Olympic gold. The tournament forms part of Russia’s efforts to promote 3x3 hockey at a time when this fast-paced variant of the sport is being discussed as a possible future Olympic discipline.

Andrei Skabelka is heading back to Barys. The head coach signed a two-year deal with the Kazakh club last week and is returning to the team he led for two seasons from 2018-2020. During that time, he became only the second man to lead Barys to a conference semi-final and oversaw Team Kazakhstan’s promotion to the World Championship. In 2020 Skabelka moved to Yaroslavl and again reached a Conference semi-final. However, last season saw Lokomotiv make a slow start with a highly-regarded roster and Igor Nikitin replaced Skabelka before the end of September. 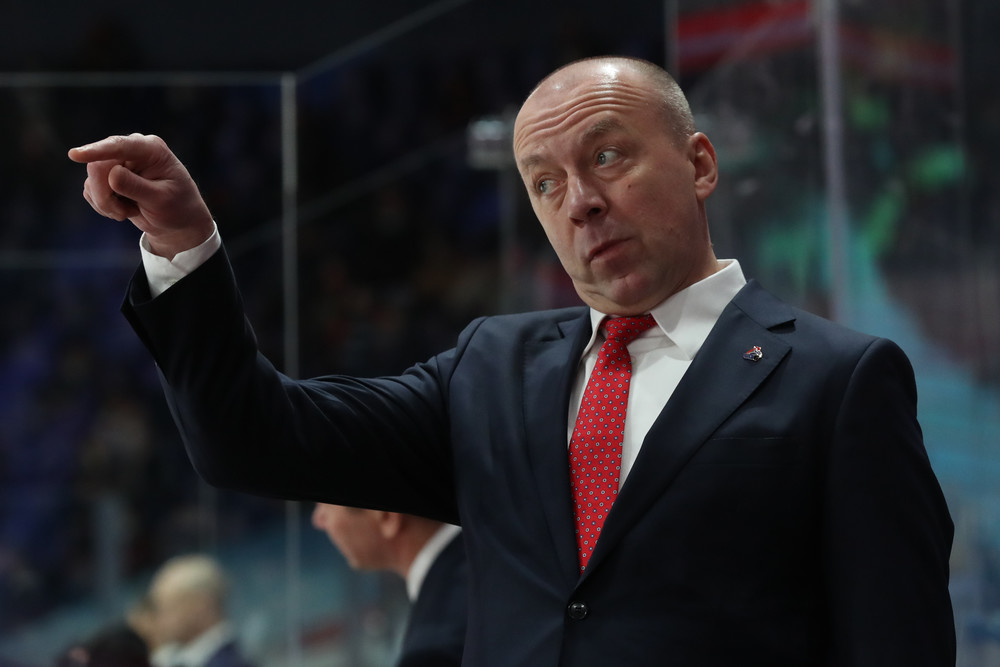 Avangard brought Reid Boucher back to the club and extended Corban Knight, reuniting two Gagarin Cup-winning forwards. Knight, 31, was third in scoring on the championship team, and inked a two-year extension as the Hawks return to Omsk. Boucher, 28, led Avangard in regular season scoring in 2020-2021 and was the leading goalscorer in the playoff run. Last season he went to Lokomotiv, leaving the team in February for personal reasons.

Vityaz added two more imports to its roster. Forward Zack Mitchell is well known to KHL fans, having compiled 52 points in 99 regular season games for Neftekhimik, Dinamo Riga and Dinamo Minsk. The 29-year-old returns to the league after a season in Switzerland. Defenseman Jeremy Roy, 25, was a second-round draft pick for the Sharks back in 2015. However, despite good notices for his above-average hockey sense throughout his junior career, he never made it to the NHL after four years with San Jose. That prompted a move to Europe last year, where he had 33 (8+25) points in 48 games for Slovakia’s HKM Zvolen. In recent seasons, Vityaz has done well scouting Europe for players and will be hoping to unearth another gem here.

Ryan Spooner was a big hit in his previous spell with Dinamo Minsk, scoring 76 points in 79 games in the 2019-2020 and 2020-2021 seasons. Now the 30-year-old Canadian, a veteran of 329 NHL games with the Bruins, Rangers,  Oilers and Canucks, is heading back to Belarus on a one-year deal. Spooner played last season with Avtomobilist. Fellow Canadian Brandon Kozun is also returning to the Belarusian capital. He played most of last season in Switzerland but finished at Lokomotiv and played three times in the playoffs. Earlier, the forward had 33 (18+15) points in 41 games for Dinamo in 2020-2021.

Information is starting to emerge about this summer’s pre-season tournaments, with many teams due to assemble within a month. The President of Kazakhstan Cup confirmed its line-up: Barys, Metallurg, Avtomobilist, Neftekhimik and Kunlun Red Star will compete in Nur-Sultan from Aug. 16-21. And the Mayor of Moscow Cup will continue with a six-team format when KRS and Amur join CSKA, Dynamo, Spartak and Vityaz from Aug. 24-28. 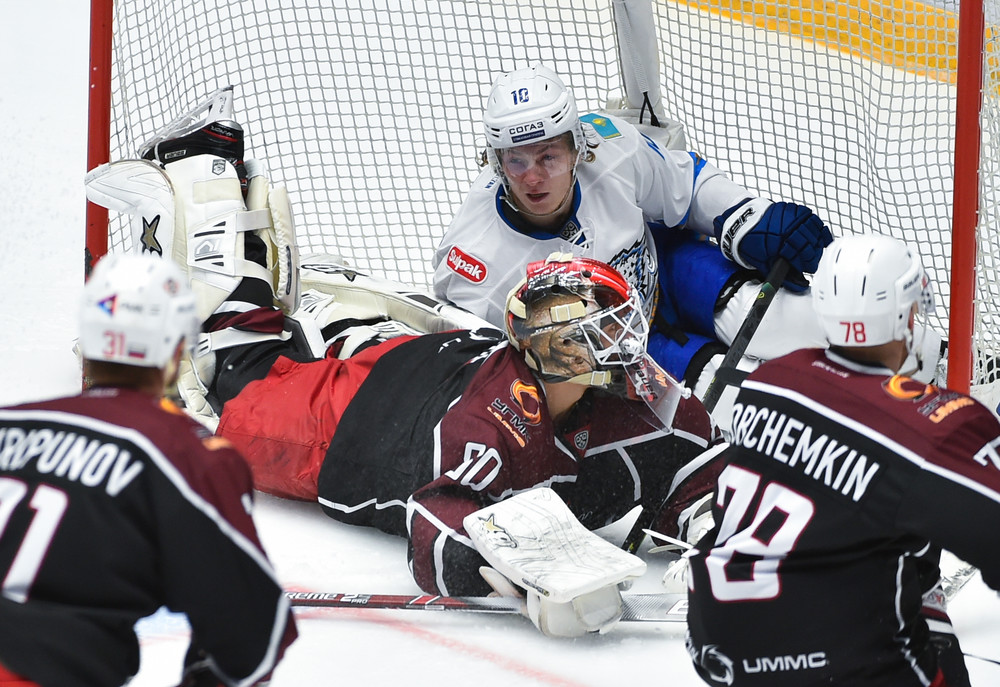