It’s a tale of two legends. Sergei Fedorov wrapped up his first season as a head coach by winning the Gagarin Cup with CSKA Moscow. Meanwhile, his former Detroit Red Wings team-mate Igor Larionov is about to try and match that – he’s just been unveiled as head coach of Torpedo Nizhny Novgorod.

At the climax of an epic seven-game final series, CSKA clinched its second Gagarin Cup with a 4-1 victory over Metallurg in Magnitogorsk. The Muscovites rallied from 1-3 in the series and, after going more than 156 minutes without scoring a goal on Vasily Koshechkin, reeled off three consecutive victories to claim the title. Veteran forward Alexander Popov, 41, potted the game-winning goal in the season decider and was named MVP.

As a player, three-time Stanley Cup winner Sergei Fedorov was a legend. Now, maybe, he’s poised to earn that status as a coach. This was his first season behind the CSKA bench, having previously served as the club’s GM, and it ended in glory. “Maybe I had some kind of fantasy that I would win the title in my first year as a coach, but it wasn’t a serious expectation,” Fedorov told KHL TV after the final. “I just wanted to work out which combinations we needed, where we had to work to get results. Thanks to our coaching staff, we managed to come up with the right answers. And the guys stuck together, even though we had eight newcomers including the head coach. It’s incredible, I can’t believe it right now!” 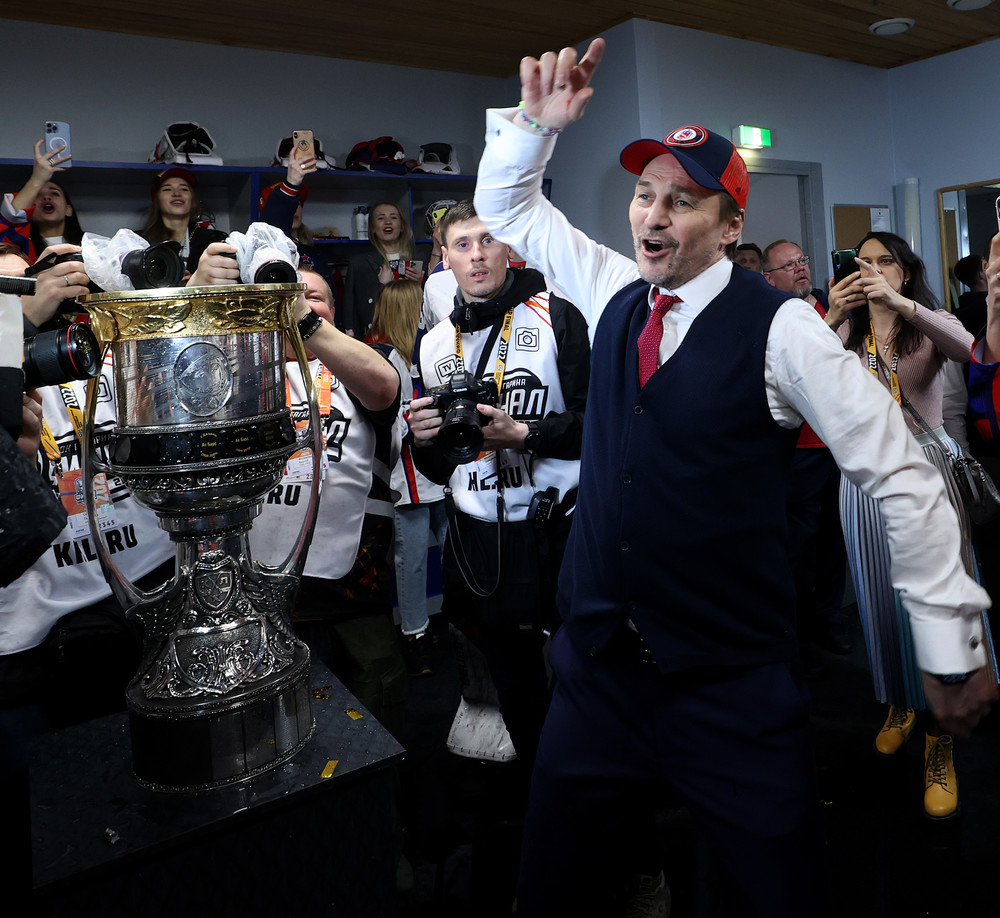 Runner-up Metallurg set records at both ends of the ice, but missed out on a third KHL title. Ilya Vorobyov’s team scored 80 goals during its playoff campaign, beating the previous best of 71 set by Lev Prague in 2014. In the final series, the Steelmen also denied CSKA a goal for 156 minutes, 34 seconds, reeling off back-to-back shut-out wins in Moscow as goalie Koshechkin earned a record shut-out streak in a final series. However, the 39-year-old also has an unwanted distinction: he’s now the first goalie to lose a Gagarin Cup final despite blanking the opposition in two games.

The professor is opening his classroom! Igor Larionov, Triple Gold member and Red Wings legend, is poised for his first full season as a head coach in the KHL. Larionov, who has previously worked behind the bench for Russia’s junior and ‘B’ national teams, signed a one-year contract with Torpedo, where he replaces David Nemirovsky. He’s not the only freshly-announced head coach. Avangard unveiled Dmitry Rybyakin as Bob Hartley’s replacement. As a player, he won the Russian Superleague with the Hawks, then as assistant coach he was part of the 2021 Gagarin Cup triumph. Salavat Yulaev has also gone for a famous former player, with Viktor Kozlov replacing Tomi Lamsa. Kozlov captained the Gagarin Cup winning team of 2011 and was assistant coach to Ilya Vorobyov as Metallurg won the 2016 title. Since 2020, Kozlov has been on the coaching staff in Ufa. 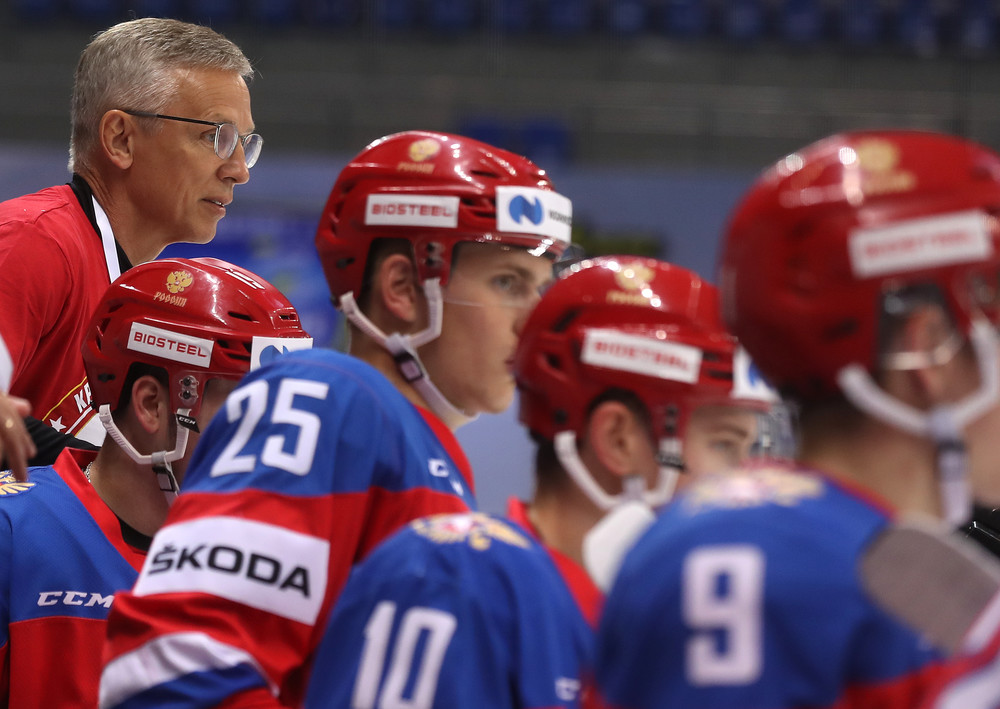 May 1 marks the opening of the KHL’s trade window – and Avtomobilist wasted no time in announcing a raft of new signings. The Yekaterinburg club has moved swiftly to sign up its imports for the coming campaign, despite uncertainty about how easily foreigners will be able to play in Russia. Goalie Juha Metsola, previously of Salavat Yulaev, signed a two-year deal, defenseman Jyrki Jokipakka (ex-Sibir) inked a one-year term and fellow Finn Miro Aaltonen (previously with Vityaz and SKA) did likewise. Canadian forward Patrice Cormier agreed to return to the team, and former Barys man Curtis Valk is also heading to the Urals. Valk is Canadian born but, as a Kazakh dual-national, does not count as an import. Last month, Avtomobilist also announced it was extending Brooks Macek’s contract.

Sunday’s exhibition game between a youthful Team Russia and Team Belarus brought a little piece of history. Goalie Dmitry Nikolayev, who made his KHL debut with SKA this season, became the first netminder to score a goal for a senior Russian national team. A powerfully struck clearance made it all the way down the ice and into the empty net in the 58th minute of the game to claim Russia’s fourth goal in a 5-2 win over Tula. Previously, Anton Khudobin scored in a U18 World Championship game in 2004, but Nikolayev is the first goaltender to do this in a men’s game.

China’s KRS Vanke Rays wrapped up a big year by winning the Women’s Hockey League title for the second time in three seasons. The Lady Dragons swept SKIF Nizhny Novgorod 3-0 in the grand final, securing the title with a shoot-out win in Mytishchi. The success follows promotion for China’s national team in World Championship Division IB and a promising performance at the 2022 Winter Olympics. Hannah Miller, also known by her adopted Chinese name of Mi Le, was a big player for both club and country. “It was a really interesting season. I got the opportunity to play for China at the Olympics and I’m so grateful for that. I never thought I’d get a chance like it, and it was one of the best experiences of my life. Playing at the Olympics then coming back and winning the Women’s Hockey League – it’s a dream come true.”

Olympic excitement and a second title for KRS