Among the participants in the upcoming Beijing Olympics, Switzerland is one of the three countries that also took part in the very first Olympic hockey tournament, in 1920 in Antwerp, Belgium.

Their participation more than matched the Pierre de Coubertin’s principle, which puts participation above winning. In the first game, the Swiss lost to Team USA 0:29, and two 20-minute periods were enough for that. At the next Olympics, Canada took over the record in a win over Czechoslovakia (30:0), but it didn’t last long — one day later, the Canadians crushed Switzerland 33:0 and it still remains the biggest score in any Olympic tournament.

In general, Switzerland is one of the oldest members of the International Ice Hockey Federation. Previously only France, Bohemia and England joined the LIHG (as the IIHF was formerly known). The French were the founders, while Switzerland was a week behind the Bohemians, and three days behind England. This happened, incidentally, in 1908 — just when de Coubertin had his famous speech about participation and victory.

Overall, Switzerland participated in 17 Olympic tournaments and won bronze medal honors twice — in 1928 (St. Moritz, at home), and 1948 (in St. Moritz again). At the last Games, they finished in tenth place, which seems very modest if avoiding the details. After finishing third in their group, in the playoffs the Swiss were drawn against Germany, whom they lost to in a very tough game 1:2 OT. That was the end of the tournament for them, while the Germans took silver in a no less stubborn fight and were very close to the gold.

At the IIHF World Championships level, Switzerland has eight bronze and three silver medals, and the last silver medal was not so long ago, in 2018, when it was even closer to the gold: they lacked only one accurate attempt (or one save) in shootout series against Team Sweden. 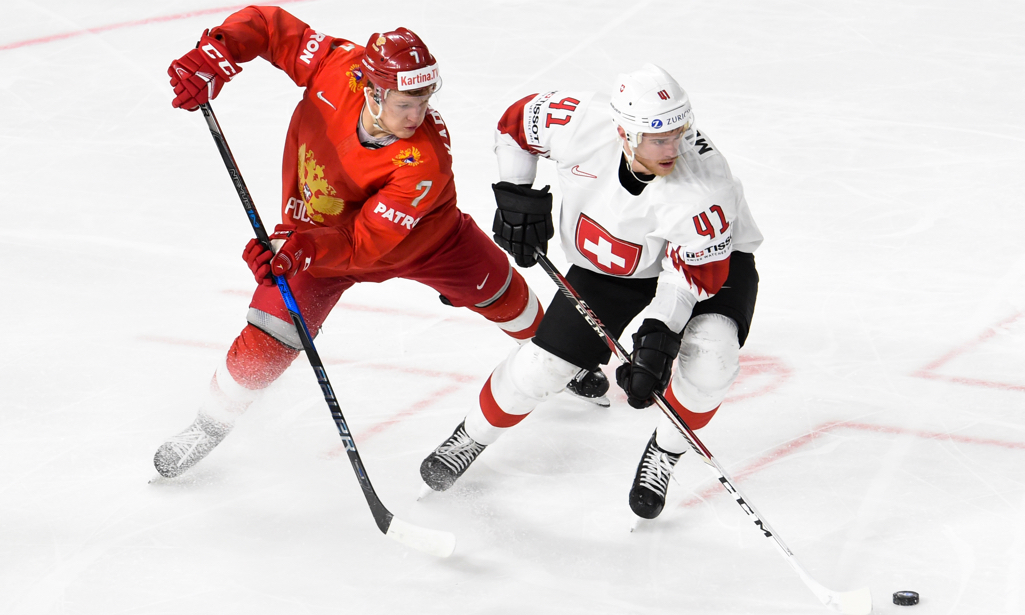 Team Switzerland won that silver medal under the guidance of Patrick Fischer. He was also involved in the second place at the 2013 World Championship, when he was an assistant to Sean Simpson. In fact, 2013 was the beginning of his career in the Swiss senior and junior national teams. At the same time, Fischer worked as head coach at Lugano, but without much success; and after a poor start in the NLA championship in 2015, he was fired. At the same time, he headed the national team, where he has worked continuously to this day, and last season he was again involved as an assistant in the junior national team.

Fischer spent most of his playing career in Zug, but he mostly had his achievements with other teams, including National League titles with Lugano and Davos and becoming Spengler Cup champions the latter. The former forward also had short stints in the NHL and in the Russian Superleague: he played 27 games for the Phoenix Coyotes in 2006-2007 and five games a year later for SKA (one assist and 22 PIMs). 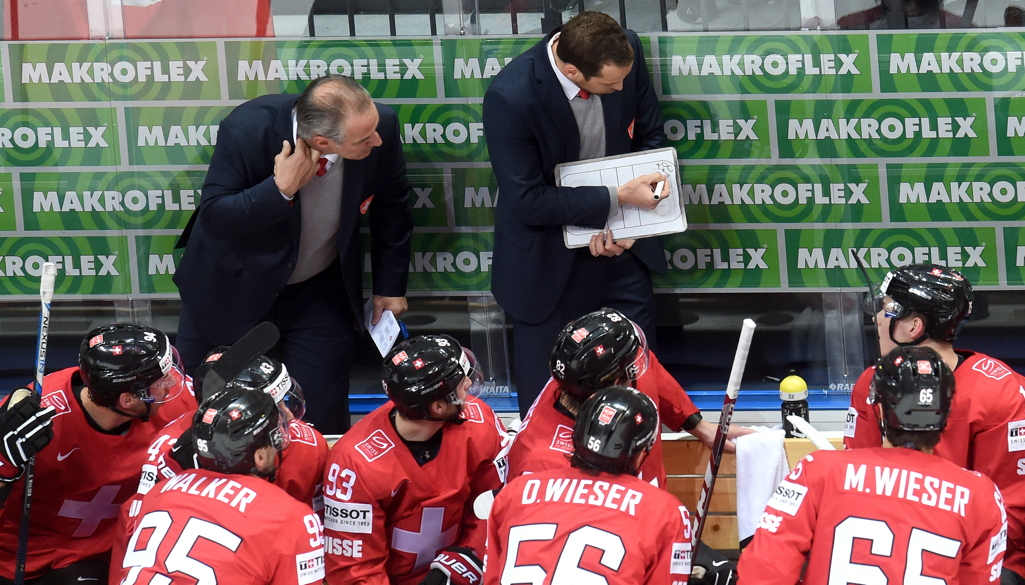 Fischer spent a lot of time with the national team in his career. Including the 2006 Turin Olympics, the first for Andres Ambuhl. The veteran forward turned 38 in September, and the Beijing Games will be the fifth in his career; six months ago, he played in the 16th World Championship, tying Matthias Seeger’s record. Anders may not be a first-line player anymore, but his experience is invaluable. By the way, his age doesn’t have much of an impact on his pure pro hockey skills. Last season, Ambuhl set a personal best for scoring in 44 (14+30) points in 45 regular-season games.

Denis Malgin, the son of Albert Malgin, who played for Khimik in the early 90s before moving to Switzerland, will likely become the main offensive force. Denis has produced 40 (14+26) points in 37 games this year, the league’s seventh result but the first for a player with a Swiss passport.

It was very timely that Gregory Hoffmann returned to his homeland, after leaving Columbus to attend the birth of his daughter. He then decided to stay, signing a contract with EV Zug (while Columbus management disqualified him in the meantime). He didn’t post very convincing performance for the Blue Jackets, racking up just 7 (2+5) points in 24 games, although he did get more than 15 minutes on the ice recently and scored five goals in his first three games for Zug. 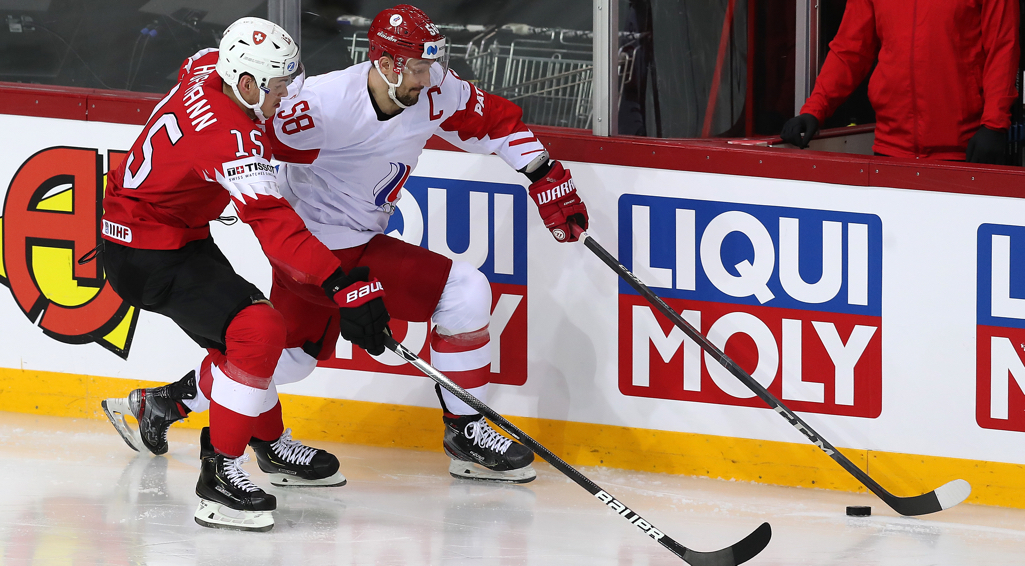 The entire Swiss team is made up of hockey players from the local league. The team is quite experienced — a hair under 30 years old on average, and this is not only because of Ambuhl. Malgin, 25, will be the youngest player, if excluding goalie Joren van Pottelberg, who is a year younger, and will be on the ice only in case of force majeure. The place between the piping will be shared (probably strictly in line in the group stage) by the more experienced Reto Berra and Leonardo Genoni. Their teams, Fribourg and Zug respectively, have the least goals allowed this season; Berra is second in saves percentage and goals-against average, both of which are slightly higher than third-seeded Genoni.

Maybe it’s just a coincidence, but on defense — as well as Malgin among forwards — the most hopes are on Rafael Diaz, who was born in Switzerland but has Spanish roots, and Santeri Alatalo — who earlier played for the U18 and U20 Finnish national teams. In the current season, Alatalo is the second most productive among defensemen and the fifth overall in the assist rankings.

Another dual citizen (Swiss-Dutch) is forward Jules Vermin, who’s been very goal-oriented this season. He’s scored 16 goals this year (tied for seventh in the league and for second among Swiss players) but has only six assists. In addition to him and the aforementioned Malgin, Hoffmann and Ambuhl, other players to watch include Sven Andrighettо, known for having lined up with Avangard for a season, Gaetan Haas, Denis Hollenstein, Simon Moser, and Christoph Bertschy. 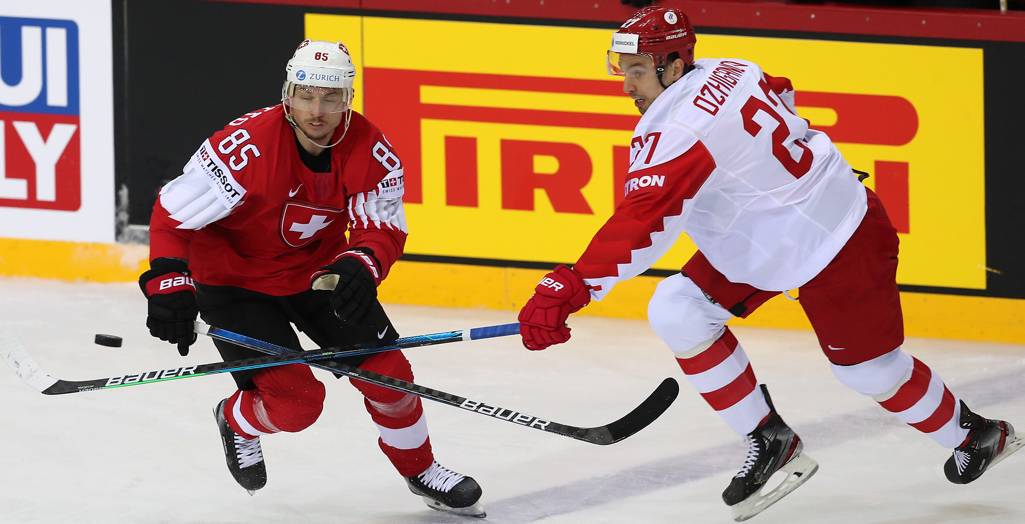 In recent years, Team Switzerland has been playing rational and fairly efficient hockey. Of course, they will miss their top NHL performers, but that’s a problem for all the other teams as well. That said, regarding this team, age, and consequent lack of mobility, may be a problem. So, the big question is to what extent a good organization of the game can compensate for the lack of speed.

Under ideal conditions, the Swiss should have no problem reaching the quarterfinals, and under favorable circumstances, they should even advance to the third-place game. But at this point, it’s unlikely to go any higher.