Record for Ojamaki, landmark for Kvartalnov — the KHL week in review

The first action of 2022 saw Dmitry Kvartalnov behind the bench for his 800th game in the KHL, while Niko Ojamaki’s 29th goal of the season beat Teemu Hartikainen’s record haul for a Finnish player. Elsewhere, Dinamo Riga faces COVID-related cancellations, but the league is confident it can play on.

Vityaz forward Niko Ojamaki has made an impressive start to his KHL career. In his first season in the league, he’s already potted 29 goals, and that puts him ahead of compatriot Teemu Hartikainen’s best goalscoring campaign to date. Hartikainen held the overall record for goals in one season from a Finnish player when he potted 28 last term for Salavat Yulaev, but Ojamaki’s power play goal against Avangard on Sunday moves him top of the pile.

Ojamaki sets record but Avangard gets the win. January 9 round-up

Sergei Fedorov’s favorite overtime tactic — playing without a goalie and using an extra skater to force the pace in the additional period — has been a hit for CSKA this season. However, he’s not the only coach who can do it as Yury Babenko proved on Friday. The Vityaz supremo took the Army Men into the extras after a 3-3 tie in Podolsk and duly used the same Fedorov tactic to grab the win. Let’s see what tactical innovation emerges next!

Ak Bars head coach Dmitry Kvartalnov has been behind the bench since the very start of the KHL — and last week he recorded his 800th game. He’s the first man to reach that milestone, and he did it in style, recording a 6-2 win at former club Sibir. Kvartalnov started his KHL coaching career with Severstal and has also worked at CSKA and Lokomotiv. However, the most experienced coach in the competition has yet to win his first Gagarin Cup — will 2022 be his year?

At the opposite end of the scale, the KHL’s newest head coach is Roman Rotenberg. The 40-year-old is also the youngest to hold a permanent position behind the bench in the league (last season he took interim charge of a game while Valery Bragin was ill) and steps into Petersburg’s top job less than three years after completing his coaching diploma. However, he also has extensive locker room experience with both SKA and Team Russia and won his first two games convincingly enough — 5-1 at Kunlun Red Star and 3-0 at home to Torpedo.

The KHL aims to set the highest standards — and that’s not just about our players. Eight of the league’s officials have been selected to referee the games at the upcoming Winter Olympics in Beijing. Refs Andris Ansons, Martin Frano, Roman Hofman, Evgeny Romasko and Maxim Sidorenko were all chosen, along with linesmen Gleb Lazarev, Nikita Shalagin and Dmitry Shishlo. In addition, two referees from the Women’s Hockey League, Daria Abrosimova and Daria Yermak, were invited to officiate in the Olympic women’s tournament. 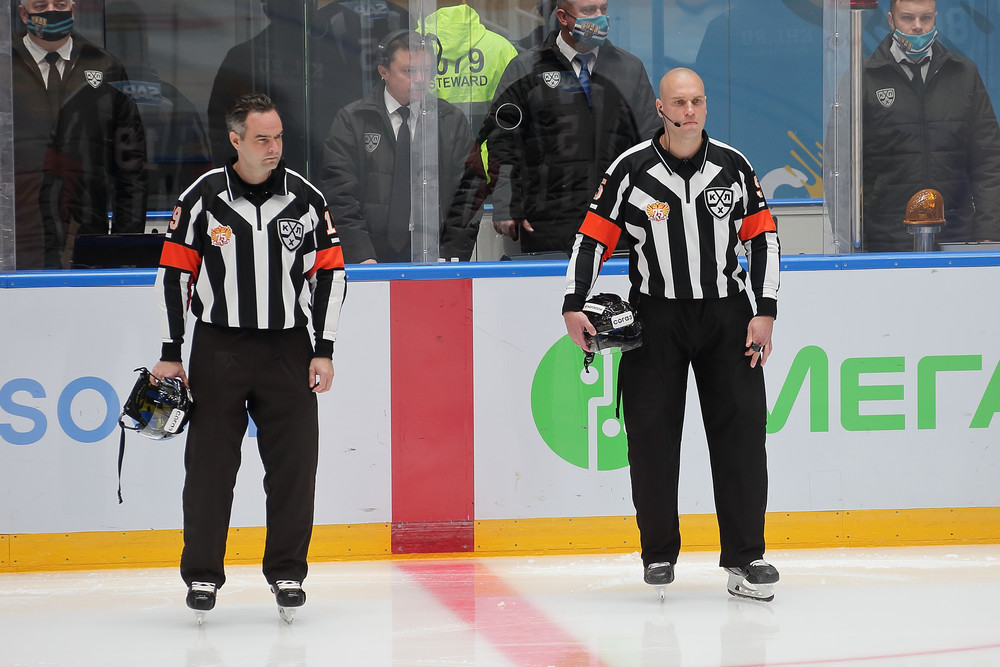 Dinamo’s upcoming games this week are cancelled due to COVID outbreaks. The Latvians’ game against Salavat Yulaev on Monday had already fallen victim to the infections in the Ufa camp. Then, on Jan. 9, Riga reported 14 positive PCR tests among its players, plus one coach and two other members of club staff. As a result, the home game against Dinamo Minsk on Jan. 12, plus the trips to Metallurg and Avtomobilist on Jan. 15 and 17 respectively, are cancelled. A decision about if and when the games can be rescheduled will be announced in due course. In total, 13 games have been disrupted so far this season. One, Jokerit vs Avtomobilist, is rescheduled for Jan. 22 while Salavat Yulaev forfeited its home game against Traktor back in November. 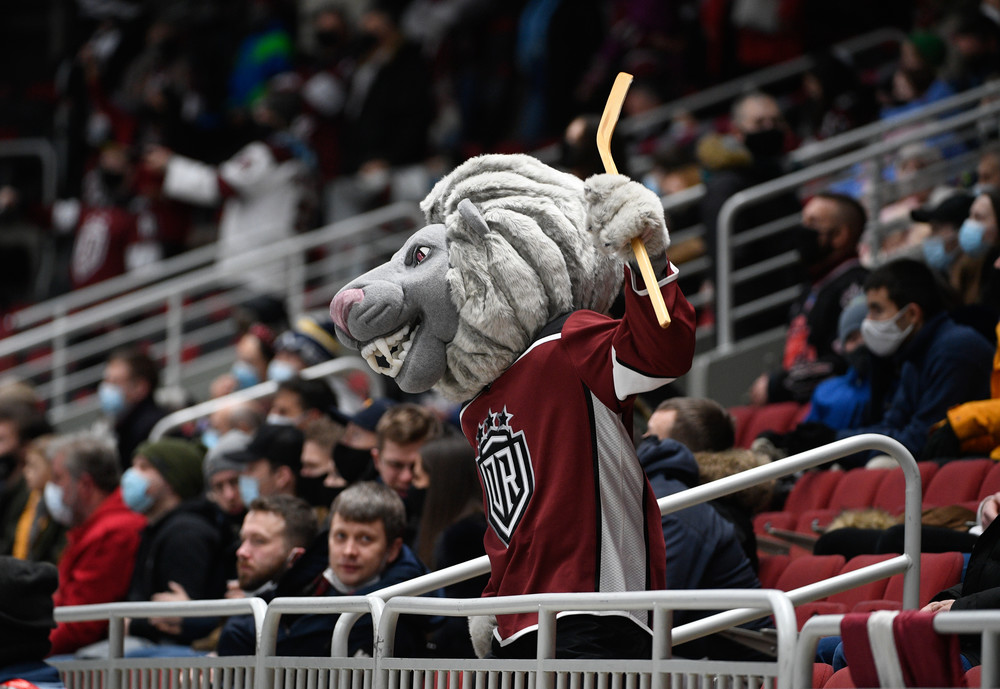 No suspension of KHL schedule

A league meeting on Jan. 10 confirmed that the KHL will continue to play as planned during the current epidemiological situation. Although several clubs have reported significant numbers of positive test results among players and staff, the league will continue to work on a case-by-case basis, cancelling games involving teams affected by infections and allowing other fixtures to go ahead as planned. On Jan. 11, the league’s management will meet with member clubs to further discuss the situation and outline scenarios for the final stages of the regular season and the playoffs. 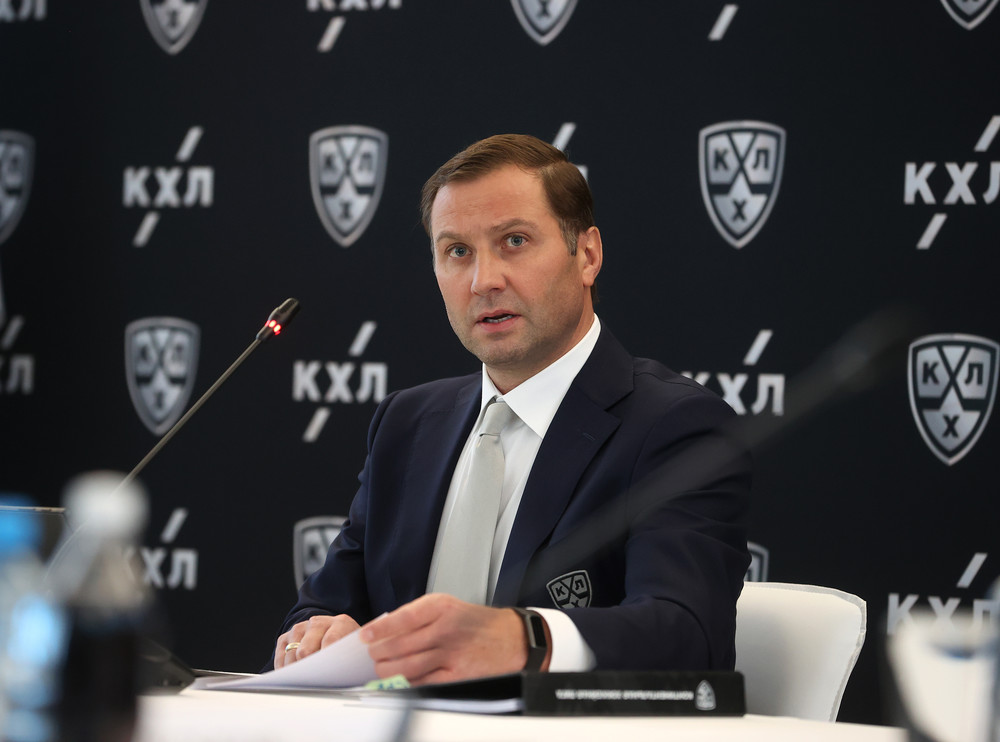 When Kunlun Red Star takes to the ice against Traktor on Monday, the Chinese franchise will be bidding to snap a club record skid. Ivano Zanatta’s team has suffered 13 consecutive defeats, its worst sequence since joining the KHL in 2016. However, there is still some way to go to match the all-time longest skid, set by Spartak when it lost 19 straight in 2013-2014.