SKA made the headlines overnight with the announcement that Roman Rotenberg was taking over from Valery Bragin as head coach. Aged just 40, Rotenberg becomes the youngest full-time head coach in the KHL, just three years after completing his qualifications. Bragin remains part of the team and will continue to serve as an assistant.

For his first game in charge, Rotenberg faced a Kunlun Red Star team rooted to the foot of the standings. Earlier in the season, SKA defeated the Dragons 7-0 in Petersburg and the Chinese franchise ended 2021 on a 10-game losing streak that culminated in a 1-7 drubbing at Jokerit.

The new coach’s first line-up saw Leo Komarov promoted to the first line in place of Zakhar Bardakov, while Igor Ozhiganov returned to the first defensive pair after missing the game in Vladivostok before the New Year. Komarov had to be helped from the ice after blocking an early Red Star shot, but quickly recovered and was back in the game in time to open the scoring when the visitor converted the first power play of the afternoon in the eighth minute. 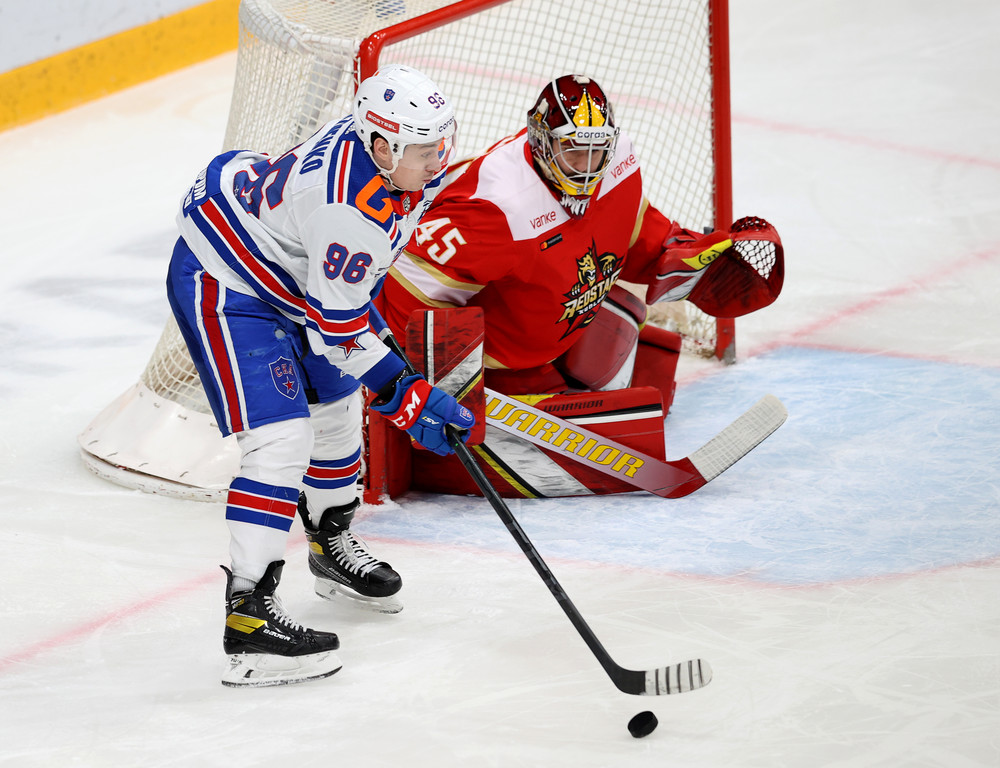 If Red Star’s gameplan was to disrupt the SKA offense and try to keep the game alive for as long as possible, the home bench was quickly in need of a new tactic. Within a minute, Emil Galimov doubled the Army Men’s lead and when Mat Robinson made it 3-0 in the 15th minute it was already evident that SKA would return to the top of the Western Conference.

Kunlun’s fortunes were not helped by the absence of head coach Ivano Zanatta (illness) and the loss of defenseman Denis Osipov to injury in the first period. To their credit, thought, interim bench boss Alexei Kovalev’s team did not give up, despite facing a big deficit. The second period was significantly more competitive and, late in the frame, Red Star converted its first power play of the game to reduce the arrears. Alex Riche was the scorer, redirecting a Tyler Wong effort to claim his fifth goal of the season.

However, there would be no rousing revival. Instead, Komarov potted his second of the game midway through the third period and Anton Burdasov added a fifth on the power play to give Rotenberg a winning start in his new role.