Last week, the Euro Hockey Tour second stage was held in Moscow, with Team Finland coming up as the victorious one after an OT win over the hosts. KHL players had a central role for the four teams in the standings, and for Team Canada.

The Canadians didn’t have any point counted in the standings as they guested at the tournament to assess its European players ahead of the Olympics next year. They had one victory in three games, a 3:1 win over Team Sweden, with losses against the Russians (3:4) and the Finns (1:4). SKA’s defenseman Mat Robinson was the team’s top scorer, with three assists in as many matches — he was one of the top-scoring blueliners in the tournament. Another player who had a good performance was Dynamo Moscow’s Eric O’Dell, who netted two goals for Canada, with a plus-2 differential. Lokomotiv’s Edward Pasquale guarded the Canadian net in the team’s 3:1 win over the Tre Kronor with a 25-save performance. 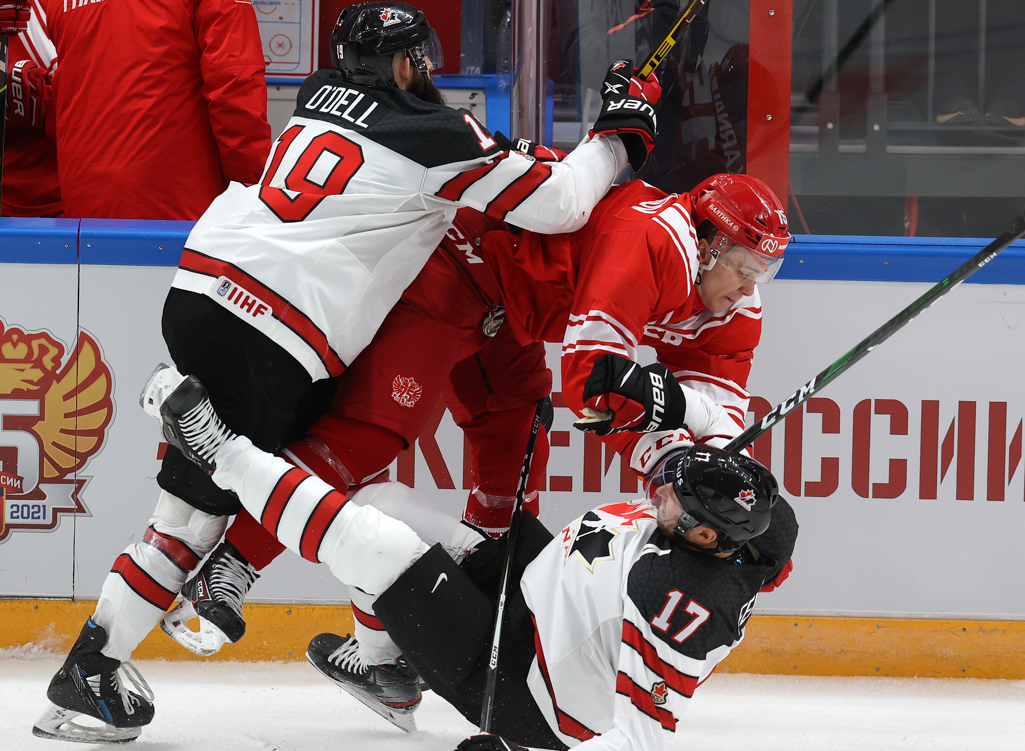 The Czechs suffered from three losses at the tournament — they clearly weren’t at their best, even if they had the two top scorers of the stage in former KHL forwards Milan Gulasand Jan Kovar. However, they couldn’t find a solution to win a game, and finished the stage at the last place in the standings. Neftekhimik’s Lukas Klok and Spartak’s Jakub Jerabek also got to the scoresheet, gaining an assist. 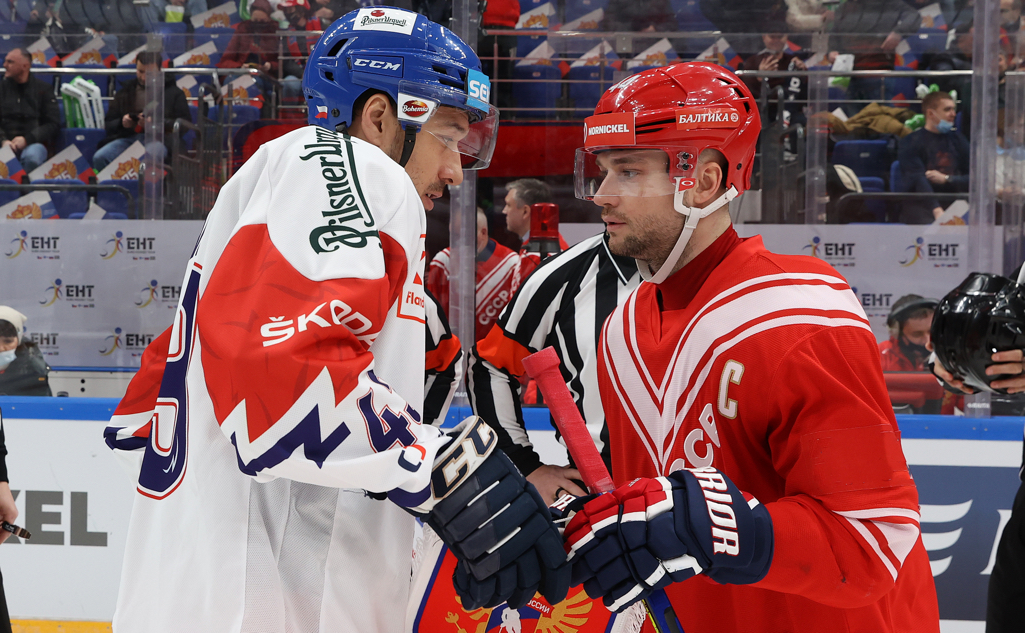 The Swedes only achieved a victory in the tournament’s last day, when a late third-period goal by Spartak’s Tim Heed (assisted by Metallurg’s Linus Hultstrom) lifted Tre Kronor over the Czechs and allowed them to earn their first points in the standings. Other than Heed, another KHL player who found the back of the net was Dinamo Minsk’s blueliner Lukas Bengtsson. The duo of KHL D-men were some of the few Tre Kronor players who didn’t accumulate a negative differential. That said, Sweden entered the tournament as the Karjala Cup champions, and they had a very different performance this time around. 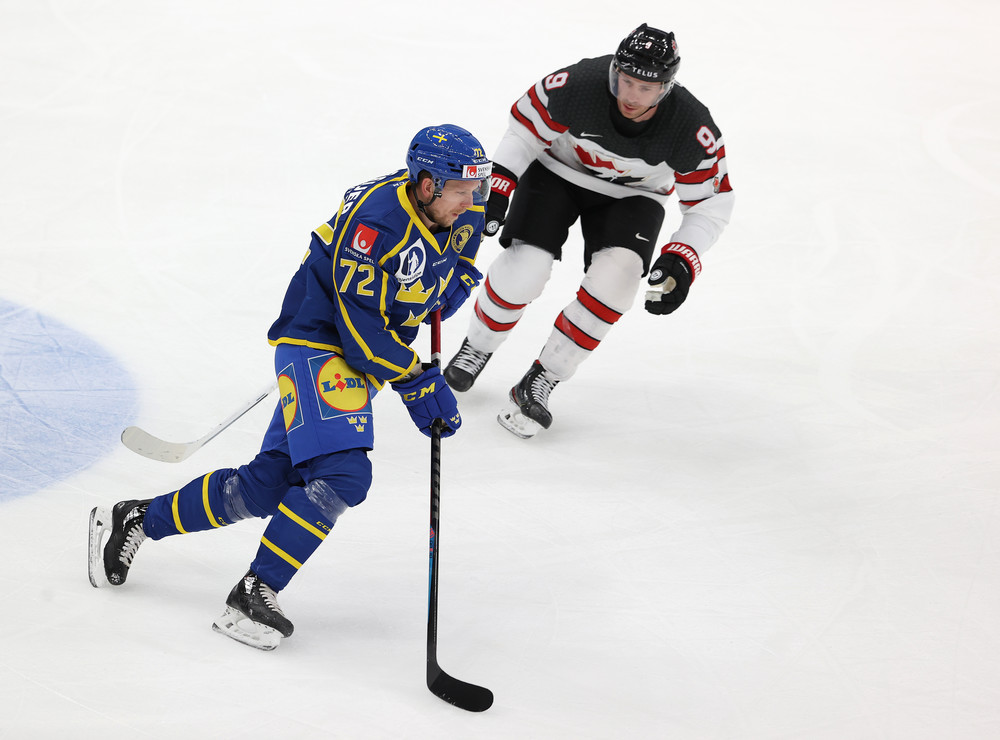 The Finns had an excellent showing throughout the tournament, defeating both Team Canada and Team Russia, and getting the best over the Czechs in the postgame shootout with a tally by Dinamo Riga’s Peter Tiivola. Sibir’s Harri Sateri was excellent between the piping, and the Leijonat could celebrate a stage win also helped by a tournament-leading only five allowed goals. The hero of the tournament for the Finns was perhaps Salavat Yulaev’s Sakari Manninen, who potted a double in the final game against the Russians, including causing the game-winner in OT. the Red Machine’s attempt to repeat CSKA’s trick of playing without a goalie in extra-time suddenly backfired. Manninen got through on the empty net, but Dynamo Moscow’s Vyacheslav Voynov fouled him, and the Lions were awarded the goal immediately as there was no goalie guarding the crease. The Finns had an excellent tournament and confirmed to always be a tough-to-beat team, no matter the situation and the roster. 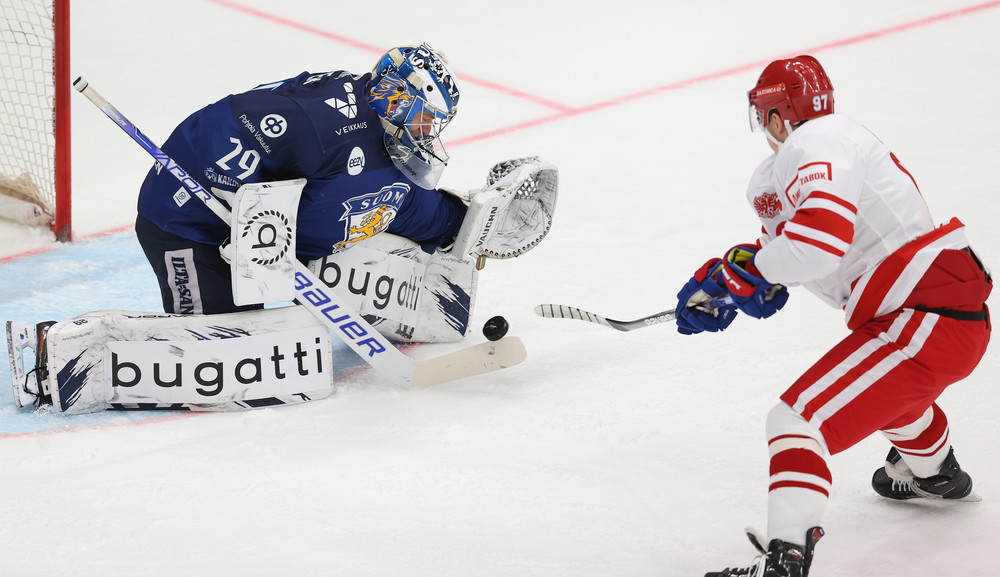 The Russians also had an excellent showing, with three consecutive, convincing wins and an OT loss with an empty-net goal allowed in the final match against the Finns. SKA’s Nikita Gusev had four assists in three games, showing excellent chemistry with Dynamo Moscow’s Vadim Shipachyov and CSKA’s Mikhail Grigorenko. Between the piping, Ivan Fedotov guarded the crease in three occasions, posting a shutout against Team Sweden in game two. The Lokomotiv contingent also had a good tournament, with Artyom Anisimov making the most of his chance as a key center for the team, and Yegor Korshkov and Alexander Yelesin posting two points each. The team led by Alexei Zhamnov had an excellent performance at the home tournament, and the team looked very good especially in the first three games.

The Euro Hockey Tour returns in April with the Carlson Hockey Games in Sweden. The traditional four teams will play a round-robin with three games between Apr 28 — May 1.