Team Finland wrapped up top spot in this year’s Channel 1 Cup after downing Russia in overtime.

Two goals from Salavat Yulaev hitman Sakari Manninen steered this game in the Leijonat’s favor and Jukka Jalonen’s team took the trophy ahead of the host nation in Moscow. Although Russia finished the weekend with three victories and one overtime loss, the opening game against Canada was not counted in the tournament standings. Thus, Finland and Russia tied on seven points and the Finns got the verdict due to the head-to-head victory. 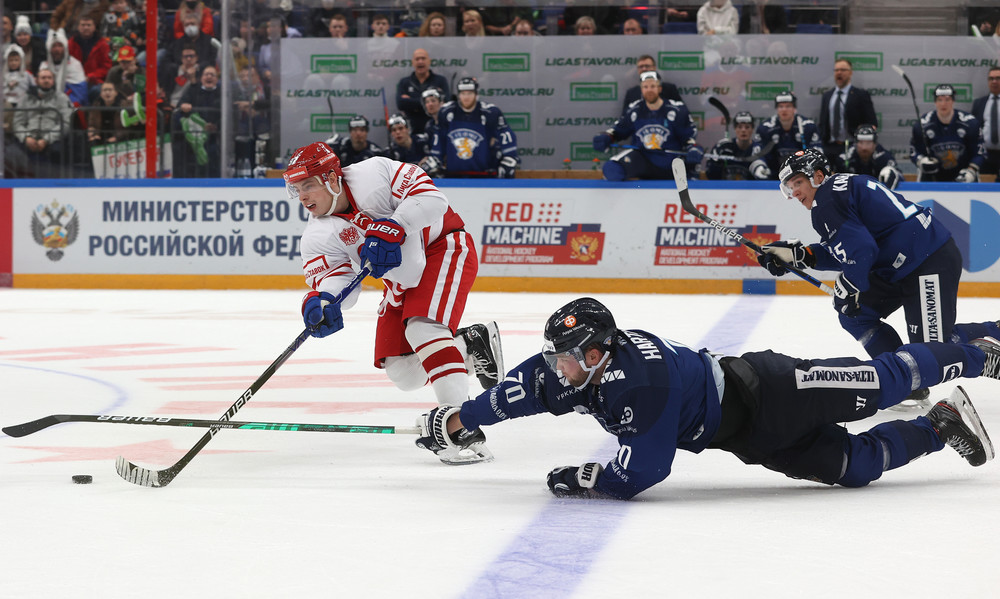 Sateri had to be alert to deny Semyon Chistyakov as Russia created the first clear cut chance of the game. However, the Finns shaded the opening stanza and took the lead late in the frame. Joonas Nattinen’s hard work paid off when he won the puck and set up Waltteri Merela on the slot in the 19th minute.

In the second period, Russia stepped up the tempo and began to create more in front of Sateri. Arseny Gritsyuk and Nikita Gusev both had chances to tie the game before, in the 36th minute, Artyom Minulin made it 1-1. The Metallurg D-man was first to react after Mikhail Grigorenko’s shot hit the piping.

The third period saw the teams trade power play goals. First, Manninen restored Finland’s lead, then Slava Voynov tied it up for Russia once again in the 57th minute. That sent the game into overtime, and Russia attempted to use Sergei Fedorov’s tactic of withdrawing the goalie and storming the opposition with an additional forward. In the KHL this has been successful for CSKA, but at international level the gambit failed. The Finns gained possession, Manninen burst clear and Voynov had little choice but to take out his opponent as he bore down on the empty net. The officials awarded Finland the goal as punishment for Voynov’s infringement and the visitor went away with victory in both game and tournament.

The individual prizes for the tournament saw Ivan Fedotov named best goalie, Canada’s Mat Robinson rated best D-man and Vadim Shipachyov selected as best forward. Milan Gulas was the leading scorer with 5 (3+2) points and a hand in every one of the Czech Republic’s goals in the tournament.

The task was to win. A shoot-out is a shoot-out, but here we had an opportunity for something different. Sergei Fedorov uses this tactic [withdrawing the goalie in overtime] at CSKA so we decided to try it. Our concentration affected us in this situation. After four games in five days, fatigue is an issue. We tried to keep our tempo but it is very hard to play against this team. The Finns play defensive hockey and build their game on counter-attacks. We wanted to win the game in overtime, but it turned out differently. I’ve no complaints towards the players, they worked hard in every game. We tried everything.

Why not try to remove the goalie? We had a chance, we decided to try it, roll the dice. It didn’t work. Most important, we looked at all our candidates in different situations. Would we remove the goalie at the Olympics? Let’s wait and see.

We have an idea of how many of these players we might take to the Olympics. But everything depends on the NHL. Whoever is strongest at this time will go. There are guys who are sick or injured just now, and there are guys who we didn’t call on this time because we know them.

Third period goals from Tim Heed and Lukas Bengtsson saw Sweden to victory over the Czechs. After defeats against Canada and Russia, it was a first win of the Channel 1 Cup for Johan Garpenlov’s team.

The Tre Kronor got an early lead in this game when Gustav Rydahl skated onto Emil Larsson’s feed to open the scoring in the sixth minute. However, the Czechs turned it around with two goals in the latter stages of the second period. Milan Gulas scored the first, then set up Jan Kovar for the second.

In the third period, Sweden turned the game around with goals from two KHL defensemen. Both goals came on the power play, with Dinamo Minsk’s Bengtsson tying it up on a long-range effort before Spartak’s Heed potted the winner in the 55th minute. 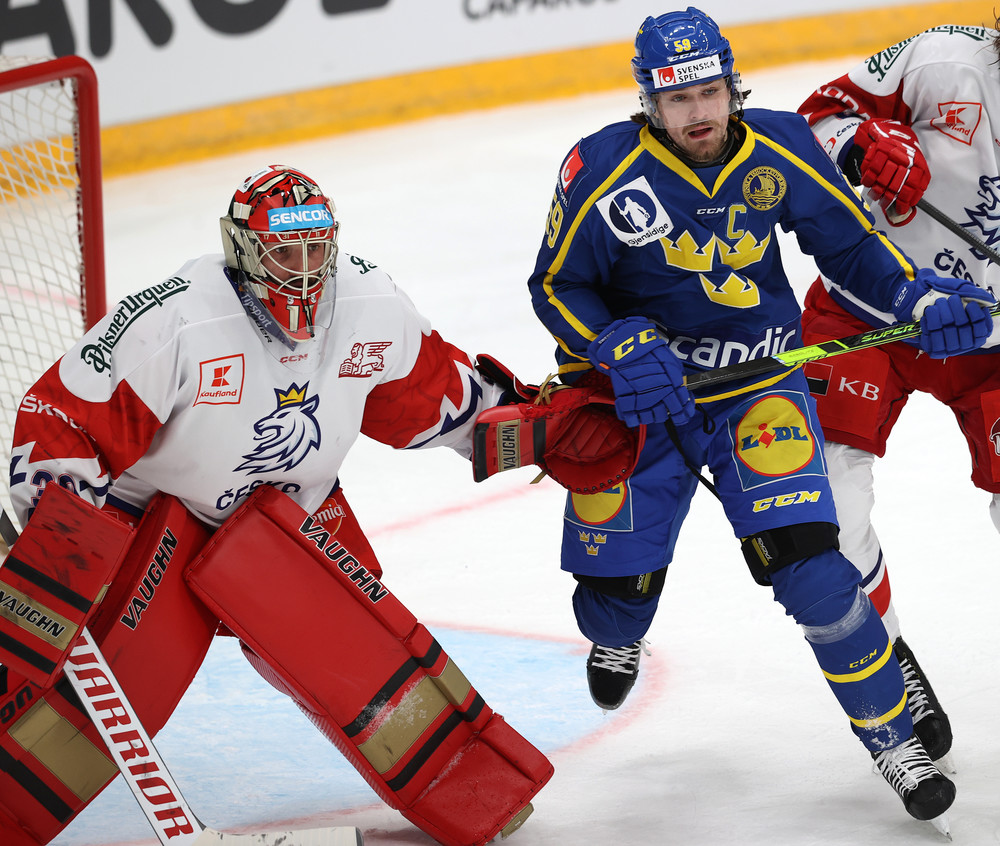 Before the game we talked about how the Czechs played the late game yesterday and would have less energy. So we needed to start well, aggressively, put pressure on the opposition. We managed that, and took the lead. But in the second period we started to make mistakes. Therefore, in the third the key was to get back to our gameplan, follow it strictly, and we did that, we scored two goals. I think we were the better team over the 60 minutes and we deserved the win.

[On the prospects of the NHL coming to the Olympics]
We read the same newspapers and watch the same news as you do. We can see how the Games are changing. None of that increases the likelihood of the NHL coming. But, on the other hand, the deadline has always been Jan. 10. Therefore I won’t be making any decisions before that date. Right now, I think it’s 50/50 [that the NHL will come].

Once again, we didn’t start well. I can’t really explain why this keeps happening. But then we gradually got back to our game. In the second period we were already much better and we got in front. But some stupid penalties in the third cost us the game.

[On the prospects of the NHL coming to the Olympics]
It’s hard to say what’s going on right now. If you look at the latest news then I think it’s 60/40 that [the NHL] won’t be able to come. In any case, if the NHL can’t come then we need to look closely at our European players and find reinforcements there, even though there aren’t many options.