Russia powered to its third victory at the Channel 1 Cup, beating the Czech Republic 5-2 in Moscow and overtaking Sweden at the top of the overall Eurotour standings.

Alexei Zhamnov introduced some new faces for this game, with goalie Timur Bilyalov making his first appearance of the tournament alongside Artyom Minulin, Sergei Telegin and Vladislav Kamenev.

Russia made a perfect start to the game, opening the scoring on the first shift as Arseny Gritsyuk potted his first international goal after just 14 seconds. And there was more to come, with Daniil Vovchenko getting his first goal for Team Russia to extend the lead before Mikhail Grigorenko added a third in the 15th minute. The only blemish on an impressive first-period performance came when the Czechs pulled one back through ex-Metallurg center Jan Kovar late in the frame. Traktor’s Roman Will allowed three goals from seven shots and was replaced by Avangard’s Simon Hrubec at the intermission.

However, there was little change in the game. Russia continued to dominate in the second period and added two more goals late in the middle frame. Grigorenko got his second of the game and Alexander Yelesin struck on the power play to open a commanding 5-1 lead.

There was another goalie change at the second intermission as Russia gave Alexander Samonov his first competitive action since playing for SKA in October. Bilyalov had 19 saves from 20 shots in his 40 minutes, and Samonov was also beaten once during his appearance, giving up a power play goal to Milan Gulas in the 48th minute. 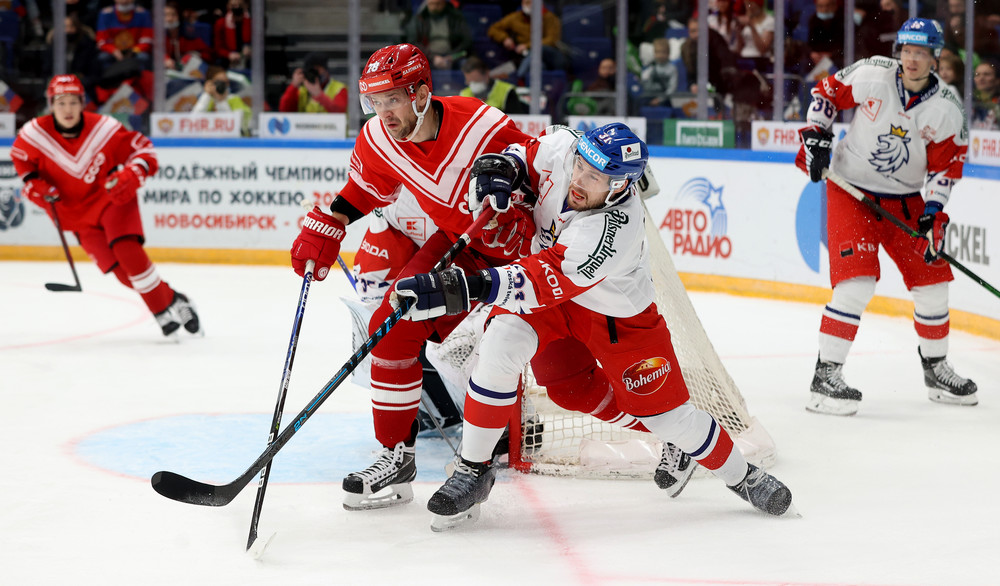 Because we were well ahead, we could give Samonov a taste of the game in the third period. Plus, we wanted to make sure the guys stuck to the gameplan. As often happens, when we got up by three, people start showing off. The change helped our game management.

Yesterday we got a bit of a rest. They guys understand what we expect of them. We’re getting better with each game. Obviously, there are still issues. At 3-0 we started trying cross-ice passes, which we’ve banned the team from doing. We’re up against skilled opponents, we wanted to stretch them all over the ice.

The guys have read a lot of online comments about face-offs. Our job is to work on that. I’ve said many times that a lot depends on face-offs and we’re paying a lot of attention to this.

I wanted to score and, thank God, I managed it. Hopefully it will get easier after this. I worked a lot with Yegor Chinakhov at Avangard. I saw how strong his shot was and how he worked on it. I looked up to him a bit. We all need to strive to be stronger — he’s already in the NHL and I’m still in the KHL.

It’s nice to work with this coaching staff, they were legendary players and they have a lot of new things to offer us. This is a challenge for everyone, we need to work to justify their faith in us.

We made a really bad start. Our first touch led to an icing, we lost the face-off and let in a goal. Then we made a few more mistakes and found ourselves down 0-3. It was a bad start and after that it was hard to get into the game.

We tried to keep going in the second period but we couldn’t get much on our power play. We might have got back to 2-3 but instead we lost more goals in the second. After that, the game was effectively over.

We know we’ll be playing Russia in Beijing but that wasn’t really a motivator for us, we want to win every game. We’re not really thinking about the Olympics right now.

Two goals in the opening five minutes from Jere Karjalainen put Finland in control of this game, and Jukka Jalonen’s team went on to record a comfortable victory over Team Canada.

For the Canadians, this was the final game at the Channel 1 Cup following victory over Sweden and a defeat against Russia. Finland, meanwhile, looked to build on its overtime success against the Czechs on Thursday.

The Finns’ fast start saw Dinamo Riga forward Karjalainen dominate. He scored twice, while Vityaz defenseman Valtteri Kemilainen assisted on both. There was also a helper for Niko Ojamaki in that opening flurry.

Subsequently, Canada came into the game a little more and pulled one back through Landon Ferraro midway through the second period. It could have gone either way in the third, but Markus Granlund tipped the balance in Finland’s favor when he calmly beat Justin Pogge in a one-on-one to restore that two-goal lead. An empty-netter from Markus Netonen wrapped it up for Finland. 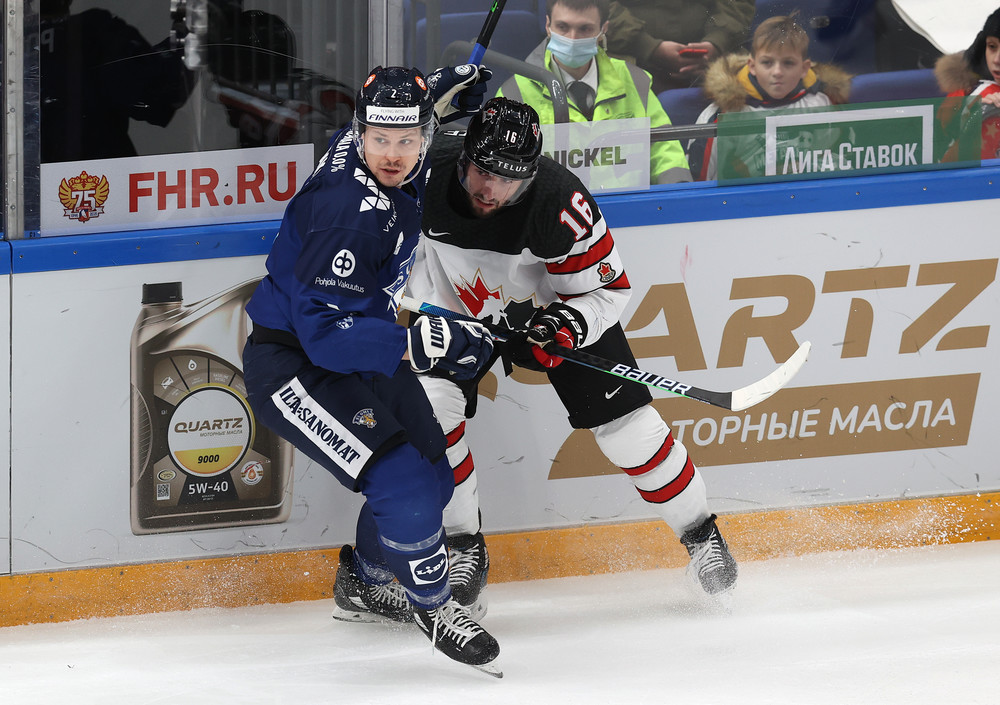 We had a good start but in the second period we lost a lot of face-offs. That meant we had a lot of defending to do. In the third, we evened up the game and managed to win it.

[on Leo Komarov’s performance]
I think he had a good game today. It was his first game of the season for the national team. We know he hasn’t played much hockey this season and that he has a slightly different role for his club. At SKA he plays as a center but here he is on the wing. Nonetheless, he did very well, brought some good energy and contributed well on defense.

[on Russia’s new coaching staff]
Zhamnov, Fedorov and Gonchar are all big names, they were all great, world-class players. But they still don’t have much coaching experience and only time will tell how good they are as coaches.

Obviously the start of the game didn’t quite get going. It didn’t go our way. But then we regrouped and started to put a few things right. To summarize the game, the start wasn’t there but we kept working. We kept working hard and by the end we already looked a bit better.

[on playing against some of his Avangard team-mates]
Obviously, it feels a bit strange when you are used to playing together for your club. We’ve been together for a few years and now we’re on different team. So we were winding each other up on the ice, chirping a little bit. But they were focused on their game and I was focused on mine. We had a few words after the game and it will be interesting to get back to Avangard and discuss everything there.