Canada too strong for Swedes

In Friday’s Channel 1 Cup game, Canada picked up its first victory of this year’s event when it saw off Sweden with a 3-1 scoreline.

The game featured a KHL goaltending duel, with Lokomotiv’s Eddie Pasquale between the piping for the Canadians, while CSKA’s Adam Reideborn took over from Magnus Hellberg for Sweden.

The Canadian scoring also had a heavy KHL accent, with Dinamo Riga’s Brandon Gormley on target once again to open the scoring late in the first period. Sweden responded in the 36th minute when Spartak’s Emil Pettersson produced a great pass from behind the net to set up Gustav Rydahl for the tying goal. However, that merely sparked the Canadians into a goal rush and two tallies in 75 seconds took the game away from the Tre Kronor. Dynamo Moscow’s Eric O’Dell restored the lead before long-serving former KHLer Chay Genoway made it 3-1. 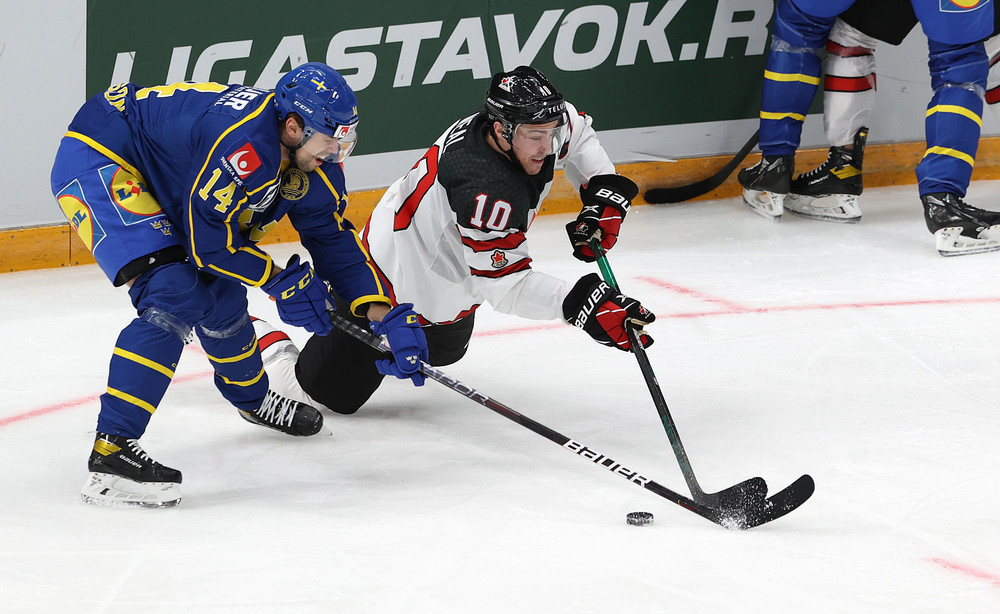 We played with a lot of grit today, and played a good, Canadian-style game that we can be proud of. It was nice to be able to get the win, but now we need to shift our focus to tomorrow’s game against Finland. We know we are going up against a strong opponent, but we want to end the tournament with our best game and hopefully we can finish with another win.