It was a week for looking back over the career of Sergei Mozyakin, one of the KHL’s all-time greats. But it’s also a week for looking forward, with the release of the schedule for next season and confirmation that the All-Star Week is back and heading to Chelyabinsk.

KHL legend Sergei Mozyakin announced the end of his playing career this week. The two-time Gagarin Cup winner, 2018 Olympic Champion and two-time World Champion is hanging up his skates at the age of 40. Mozyakin is the KHL’s record scorer, with 928 (419+509) points from 842 games. Only defenseman Evgeny Biryukov has more games in the league, currently on 843. Mozyakin is also the all-time leading goalscorer in Russian domestic hockey, breaking Boris Mikhailov’s 35-year-old record when he scored on Dinamo Minsk in September 2016. Later that season, he cleared 1,000 points in top-flight Russian hockey, another all-time record. In the KHL, Mozyakin played for Atlant, reaching the 2011 Gagarin Cup final before joining Metallurg. He remained in Magnitogorsk until the end of his career. In addition to the trophies he won, he also featured in every All-Star Game in the KHL era and led the league in scoring on six occasions. Last season, he also achieved a long-held personal ambition when he played a shift of a KHL game alongside his son, Andrei.

2 Gagarin Cups, 928 Pts in 842 GP. What a career for Sergei Mozyakin.#KHLLegends pic.twitter.com/l03nzuLMGP

Another KHL legend, Danis Zaripov, will be back next season. The six-time Gagarin Cup winner (twice as a team-mate of Mozyakin) agreed a one-year extension with Ak Bars. Now aged 40, Zaripov is up there alongside Pavel Datsyuk as the elder statesman of the league. He’ll be joined in Kazan by experienced defenseman Steven Kampher, who arrives from Boston. The 32-year-old twice helped University of Michigan to NCAA glory before playing in the Bruins’ 2011 Stanley Cup campaign. Over nine seasons in Boston, New York and Florida, Kampher has divided his time between the show and the AHL, but has 231 NHL appearances to his credit.

Oscar Dansk is the new import goalie at Spartak. Following the departure of Julius Hudacek, the Red-and-Whites signed up the 27-year-old Swede to play between the piping. Dansk has played almost all of his career in North America, with just two seasons of adult hockey in his homeland with Brynas from 2015-2017. Drafted by the Blue Jackets, he had to wait until his move to the Vegas Golden Knights before making his NHL debut in 2017-2018. After four seasons with Vegas, which brought just six appearances in the big league, Dansk agreed a two-year term with Spartak.

Sergei Plotnikov, a Gagarin Cup winner with SKA in 2017, joined CSKA on a one-year deal following his departure from Metallurg. The 32-year-old winger, who also won a World Championship in 2014, previously played for Amur and Lokomotiv in the KHL before spending a season in the NHL with Pittsburgh and Arizona. Last season’s 43-point haul in Magnitogorsk was his most productive career campaign to date.

The Army Men also signed a one-year contract extension with John Gilmour, who first joined the club last December. The 27-year-old Quebecois had 6 (3+3) points in 12 regular season games and featured 17 times in CSKA’s run to the Gagarin Cup final.

The KHL All-Star Week is back. After the enforced cancellation of the 2021 edition due to the on-going COVID restrictions, the showcase event will be back in January 2022. Chelyabinsk is the nominated host city and this hockey hotbed in the Southern Urals will put on the show for a second time, having previously done the honors in 2013. Back then, though, it was a one-off event. This year will be the fifth time we’ve staged a week-long celebration of the top talents of the KHL, the Junior Hockey League and the Women’s Hockey League. It all starts on Jan. 8 when the women play their All-Star Game. Next day, youth has its fling with the juniors contesting their Challenge Cup. Then, on the weekend of Jan. 15-16, the KHL stages its skill show and its four-team All-Star tournament.

The KHL has released the game schedule for the upcoming regular season. The action starts on Sep. 1 when Avangard entertains CSKA in the Opening Cup. The 24 teams will each play 56 games, finishing on March 1. There will be a month-long break from Jan. 22 to Feb. 21 to allow national teams to prepare for and compete at the Olympic Winter Games in Beijing. In addition, the usual breaks for the Euro Tour games in November and December are on the calendar. The playoffs are due to start on March 4, with game seven of the Gagarin Cup final pencilled in for April 30.

Sep. 7, 2021, is the 10th anniversary of the Lokomotiv air disaster, when the Yaroslavl team was wiped out after its plane crashed on take-off ahead of a game at Dinamo Minsk. Since that day, Lokomotiv has not played a game on September 7 — but this season, to mark the anniversary, the Railwaymen will play at home. Fittingly, Dinamo Minsk will provide the opposition on what promises to be an emotional occasion at Arena 2000 in Yaroslavl. 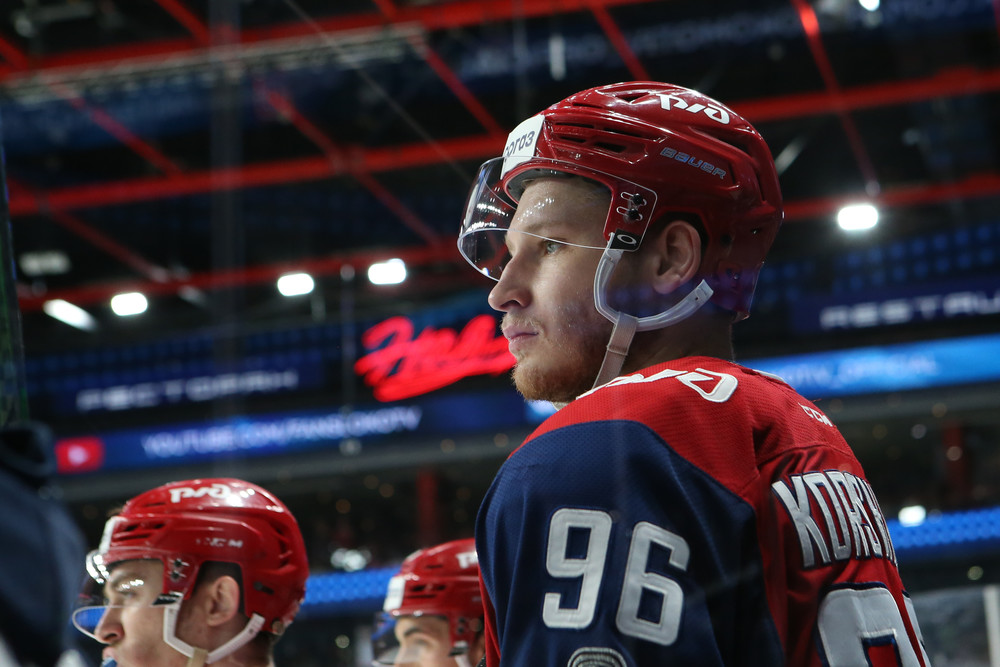