Two names are dominating the playoff action right now — Lars Johansson and Reid Boucher. The CSKA netminder hasn’t allowed a post-season goal from SKA in 290 minutes, while the Avangard forward is closing on a KHL record productive streak.

Avangard forward Reid Boucher had an assist on his team’s third goal in Kazan, extending his productive streak to 16 games and putting him on the brink of a KHL record. The American, previously with New Jersey, Nashville and Vancouver, is now tied with Sergei Mozyakin and Patrick Thoresen for the second longest runs in KHL history. If he adds to his 20 (11+9) points in today’s game at Ak Bars, he’ll tie Alexander Radulov’s KHL all-time streak on 17 and have a shot at setting a new record when the Eastern Conference final moves to Balashikha on Wednesday.

That same game in Kazan saw Ak Bars defeated in post season action for the first time since 2019. Dmitry Kvartalnov’s team enjoyed back-to-back sweeps this season, despatching Torpedo and Salavat Yulaev with a minimum of fuss. Last year, before the curtailment of the season, it also won a first-round tie against Neftekhimik in four. But Avangard remains a sticking point — in the 2018-2019 season, the Hawks did not drop a single game against the defending champion as they began their journey to that year’s Gagarin Cup final.

CSKA goalie Lars Johansson is facing a playoff series against SKA for the third time in his four seasons with the club. And, remarkably, the Swede is yet to allow a goal against the team from Petersburg. The story starts back on April 2, 2018, in unpromising circumstances when Johansson replaced Ilya Sorokin after 23 minutes of the game, with CSKA trailing 1-4. SKA won it 5-2, but the fifth goal was scored into an empty net. In the same series, Lars had a shut-out in a 1-0 victory in game five then replaced Sorokin once again in game six after the opposition scored twice in the first four minutes. That day, Johansson played 65:26 as the Army Men battled back to win on a Mikhail Grigorenko overtime goal. In 2018-2019, Johansson’s only action on the way to the Gagarin Cup came in a 10:54 session in place of Sorokin at the end of a 3-1 win in game four of the Western final. Now it’s another 120 blank minutes, taking his streak to an incredible 292:36 without allowing a playoff goal against the team from Petersburg.

Jokerit head coach Lauri Marjamaki saw his team crash out in the first round of this year’s playoffs, leaving the Finns unable to improve on a second-round spot — the best result in seven seasons in the KHL. Now the 43-year-old, in charge for three of those campaigns, is looking at how to step up a gear.

“I love the KHL — this level, and all of the skill,” Marjamaki said in an exclusive interview with KHL.ru. “If I look at how tough these players battle and those kind of things, that is our development target. We have to find a better team and do a better job in practices.

“We have been here for seven years and the results have been the same. We have to talk about it, to analyze ... what we can do better to succeed. Now that we understand the demand level of the KHL, what kind of players do we need? We have a lot of good things, but we know how tough the KHL is. Sometimes if you didn’t succeed, there’s good possibility to develop and analyze what we can do better.” 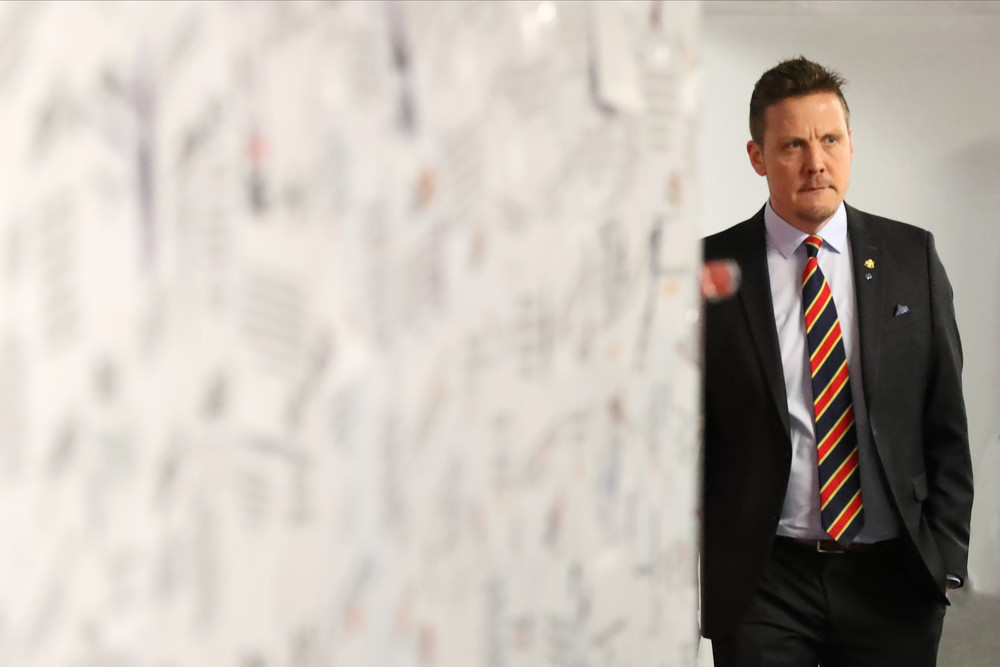 After taking a one-year sabbatical during the coronavirus pandemic, Admiral Vladivostok is set to return to the KHL next season. The Sailors were added to the list of competitors for the 2021-2022 campaign at last week’s board meeting. However, the Far East team will only be allowed to compete if it clears the debts owed to players and coaches by July 31, 2021. Admiral’s return means the KHL is back to 24 clubs for the coming season.

Four game-winners in a row

Loko forward Stepan Nikulin is the leading goalscorer in the race for the Kharlamov Cup. He has eight playoff goals in this year’s JHL — and four in a row have been game-winners. Nikulin’s current productive streak runs to seven games, helping his team to within one victory of a place in the Kharlamov Cup final.

The Czechs also called up two other players from the Women’s Hockey League — defenders Pavlina Horalkova (Biryusa) and Aneta Tejralova (SKIF). On April 4, the Czechs won a warm-up game against Denmark 5-1, with Mills and Horalkova among the scorers.

Russia is expected to announce its preliminary roster soon before it contests Group A alongside the USA, Canada, Finland and Switzerland. The Czechs are in Group B with Germany, Japan, Denmark and Hungary.