Over the weekend, 69 players from 20 KHL teams competed at the second stage of the EHT season. For the second time in a row, Russia claimed the win with three victories.

After the triumph in Finland by the Russian U20 selection led by Igor Larionov, another debut was successful for the Red Machine when Valery Bragin led the team to its first victory on the international stage this season. The Russians won all the games and finished on top of the standings with eight points, followed by Sweden with four points, with the Czech Republic and Finland tied at three.

The Czechs had better tournaments, winning only one game in the Moscow stage of the EHT against the Swedes. On Sunday, the team led by Filip Pesan scored four goals to the Tre Kronor, with Avangard’s Simon Hrubec stopping 26 shots from 27 to gain at least a W for his side. It was the only game for Hrubec, who played more than well for the Czechs between the piping. The other two goalies — Roman Will and Dominik Furch — weren’t as reliable and lost their games. Metallurg’s Andrej Nestrasil topped the KHL representatives with 2 (0+2) points in the tournament. 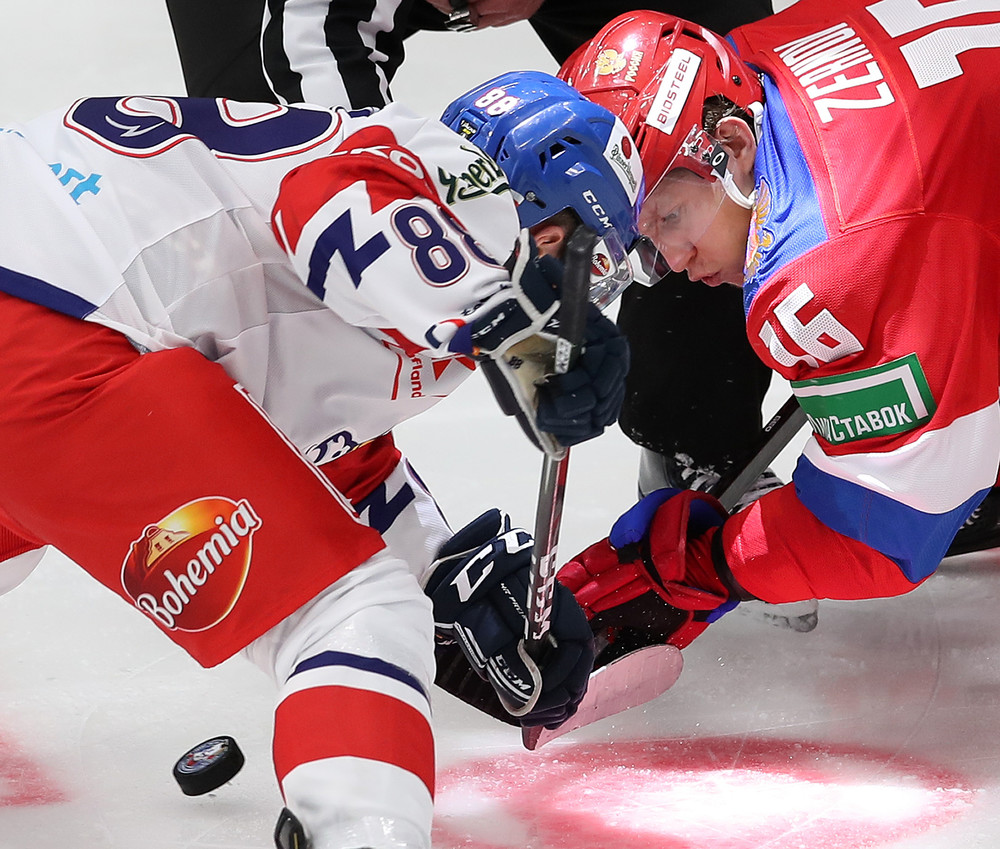 The Tre Kronor played better than what they did in November when they lost all the games at the Finland stage. Sweden forced Russia to SO in the first battle, then got a relatively easy win downing their Nordic neighbors with a 4-1 score. On Sunday, however, the Czechs were better and deservedly won the final clash. KHL players were instrumental for the Tre Kronor in the game against Russia — Traktor’s Pontus Aberg and Dynamo Moscow’s Andre Petersson scored. At the same time, Klas Dahlbeck, Dennis Rasmussen, Mario Kempe, and Oscar Fantenberg picked up assists for Sweden. Two days later, another Blue-and-Whites player — Oscar Lindberg — was the hero of the night, tallying a double, including the game-winner, as Sweden downed Finland 4-1. CSKA’s Kempe also scored for Sweden, and he ended up as one of the Tre Kronor’s top-scorer in the tournament with 3 (1+2) points, tied with Aberg and Lindberg. Anders Lindback and Magnus Hellberg shared the games for the Tre Kronor, with the former guarding the crease for two nights. Many of Sweden’s KHL representatives had a good tournament — that was a good sign for Johan Garpenlov and his pursuit for a perfect roster at the 2021 IIHF World Championship. 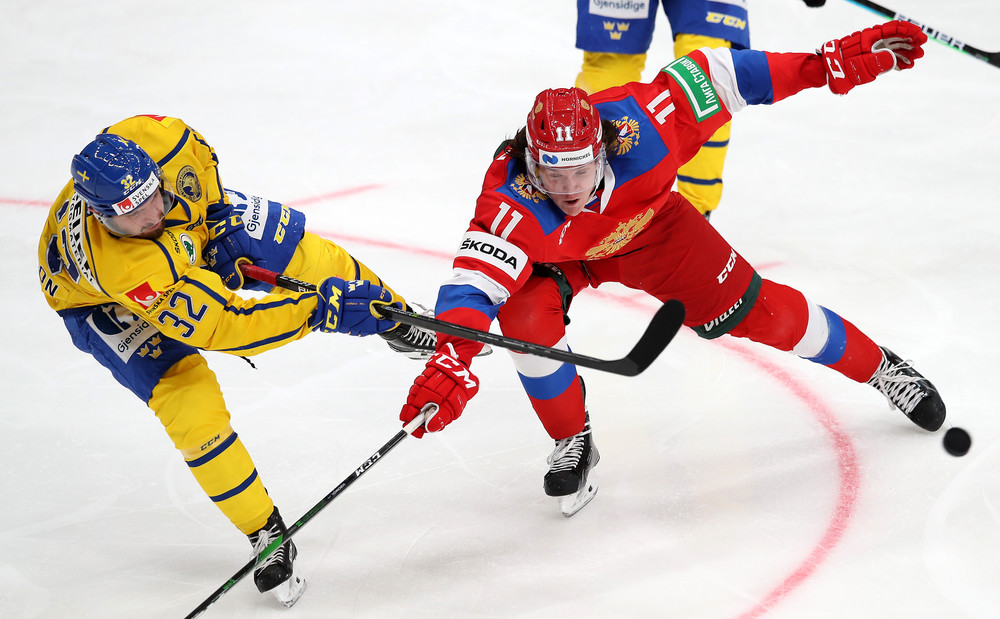 The Lions started the tournament with a solid showing and a win against the Czechs. In the opening game, four KHL players found the net as Tony Sund, Mikael Ruohomaa, Jere Karjalainen, and Otso Rantakari defeated Dominik Furch. However, then the Finns lost twice in a row against Sweden and Russia. HC Sochi’s Jere Karjalainen had two points for the Leijonat, as well as former Metallurg’s forward Harri Pesonen and Avangard’s blueliner Oliwer Kaski. Other than scoring to the Czechs, Dinamo Riga’s Tony Sund was the lone Finn player who finished the tournament with a positive rating. However, although a few select players had a fine effort, Team Finland finished at the bottom spot of the Channel One Cup standings. 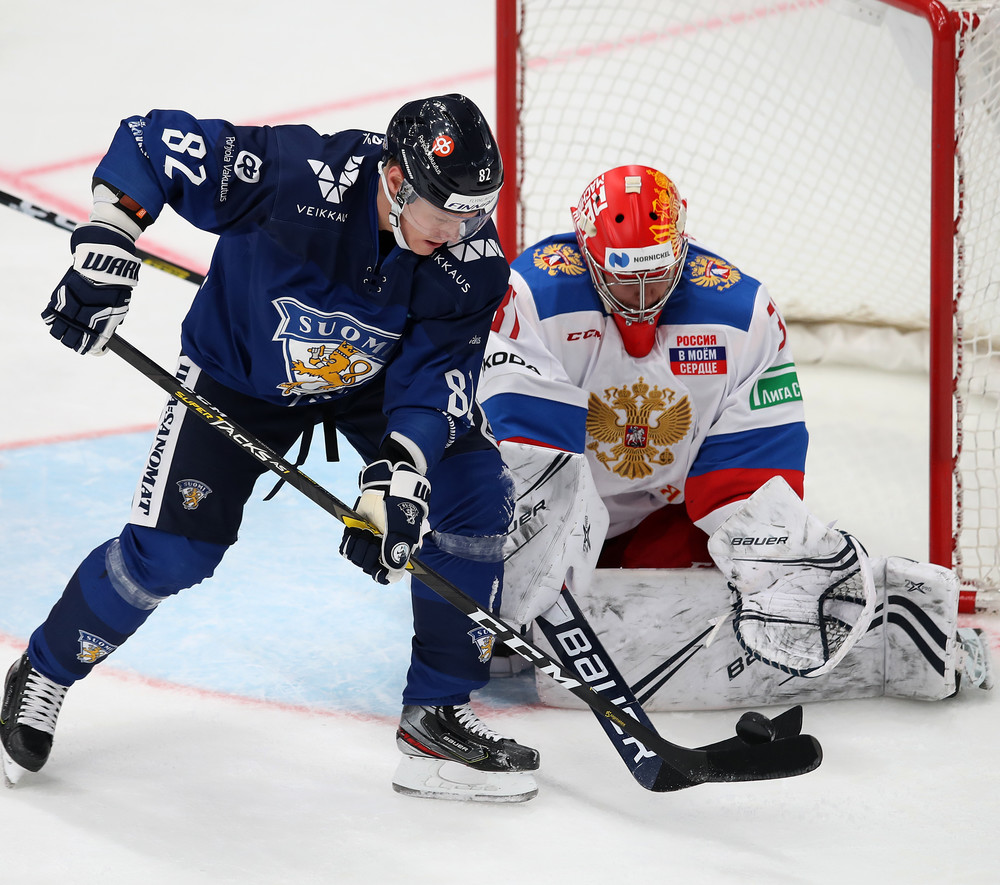 The Russians had an impressive showing in the second consecutive stage, winning all three games and always looking in full control of the situation. The team even allowed itself to rest a few players during the tournament — players of the caliber of Vladimir Tkachyov or Anton Burdasov — almost without noticing.

“Of course, there’s a greater sense of responsibility playing our home tournament,” Valery Bragin said after the final match against the Finns. “But I know practically all of these players and we had a good working atmosphere. We got to see our candidates for the World Championship at work and I was happy with most of the players. In the third game we got closer to the kind of hockey we want to see from the team.”

Andrei Kuzmenko led the way for the Russians, scoring three goals in three games and being elected as the tournament’s best forward. The Red Machine also swapped the other awards with Alexander Samonov, and Yegor Yakovlev named Best Goalie and Best Defenseman. Moreover, in the game against the Finns, Vadim Shipachyov hit a historical milestone, tallying the 2500th goal in Team Russia’s history. It was a good tournament for Team Russia, and the coaching staff was deservedly satisfied by the host team’s performance.

The Euro Hockey Tour returns in February with the 2021 Beijer Hockey Games. 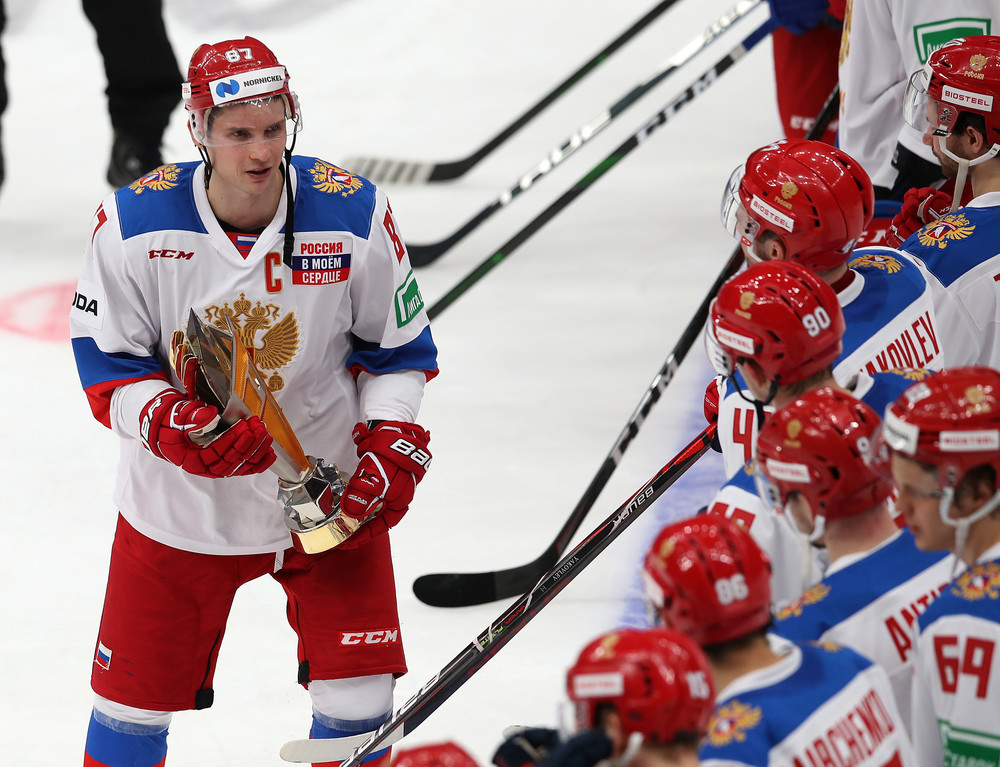