There are more positive signs for the KHL, even amid the current pandemic. Despite the early end to last season, the league set a new record for TV revenues. And in the current campaign, crowds are steadily growing. Some clubs are now able to operate at 50% spectator capacity, enabling more people to come and watch their favorites in the arena.

At Thursday’s meeting of the KHL Board of Directors, the league confirmed that 466.5 million rubles (US$6.2 million) would be shared between last season’s teams. The money comes from the sale of TV rights to the KHL and represents a new record for the league — achieved despite the curtailment of the season during the playoffs, wiping out traditionally the most lucrative stage of the campaign. The cash is divided based on the value of the TV rights for individual teams, and the success of each competitor on the ice. Jokerit Helsinki receives the biggest payment — just over 50 million rubles — ahead of CSKA (almost 47 million) and SKA (27 million).

The KHL shares a record sum between its clubs 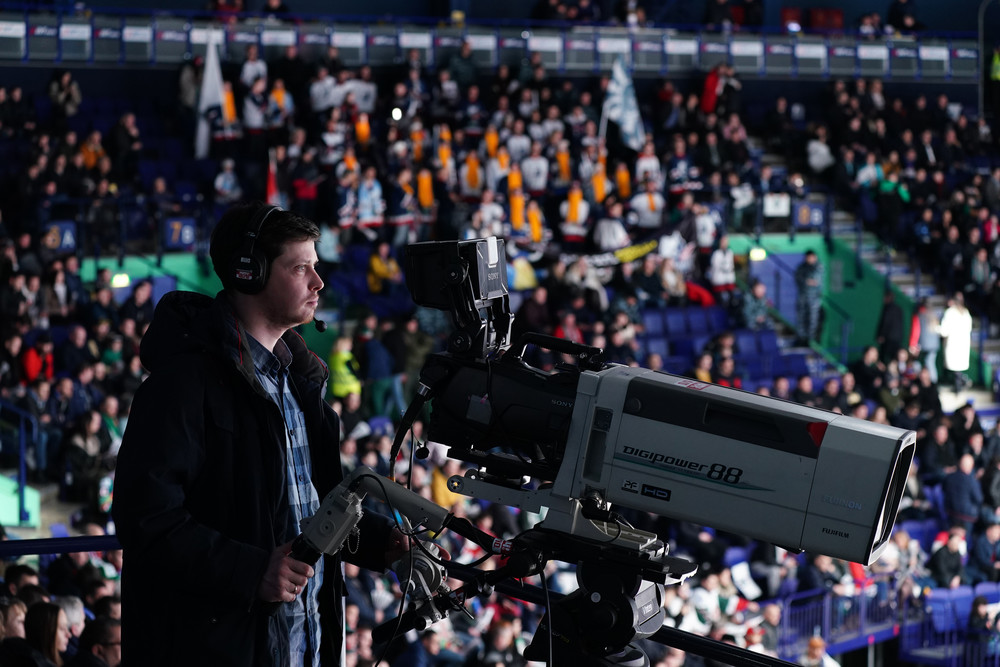 Since the start of the season, the KHL has been determined to keep playing hockey in front of the fans. Last week, league president Alexei Morozov stated once again: “Our priority is to put on games for supporters, with spectators in the arenas. So, it’s encouraging to see that the available capacity at our arenas is slowing creeping up. Across the KHL, our clubs have worked hard with the local authorities to demonstrate that fans can attend games in safety. Those efforts are reaping their rewards. Sunday’s games saw almost 7,000 spectators witness SKA’s 2-1 victory at home to Torpedo, while Ak Bars welcomed 3,300 fans to its 5-3 win over Sochi. In both cases the crowd was close to 50% of the capacity of the arena. Hopefully, we will soon see more teams able to open up more seats for spectators.” 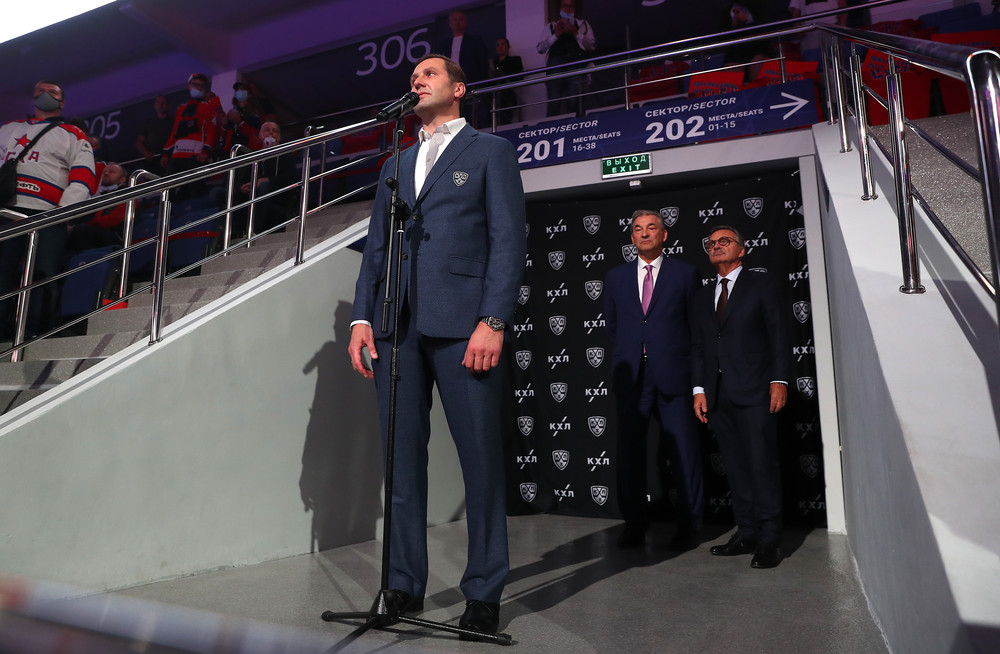 Jokerit out of quarantine

Jokerit’s players and staff were asked to go into a 14-day quarantine period under Finnish health legislation, following news that some of the Neftekhimik players who played in Helsinki on Sep. 9 had tested positive for COVID-19. That lockdown would have kept the team off the ice and out of training until Thursday, but an appeal from the league persuaded the Finnish Institute of Health and Welfare to end the quarantine early. As a result, Lauri Marjamaki’s team is already back in action, and will be able to resume its scheduled games on Friday at home to Sibir. The KHL is grateful to the Finnish authorities for their help and support.

KHL applies to the Finnish Institute for Health and Welfare 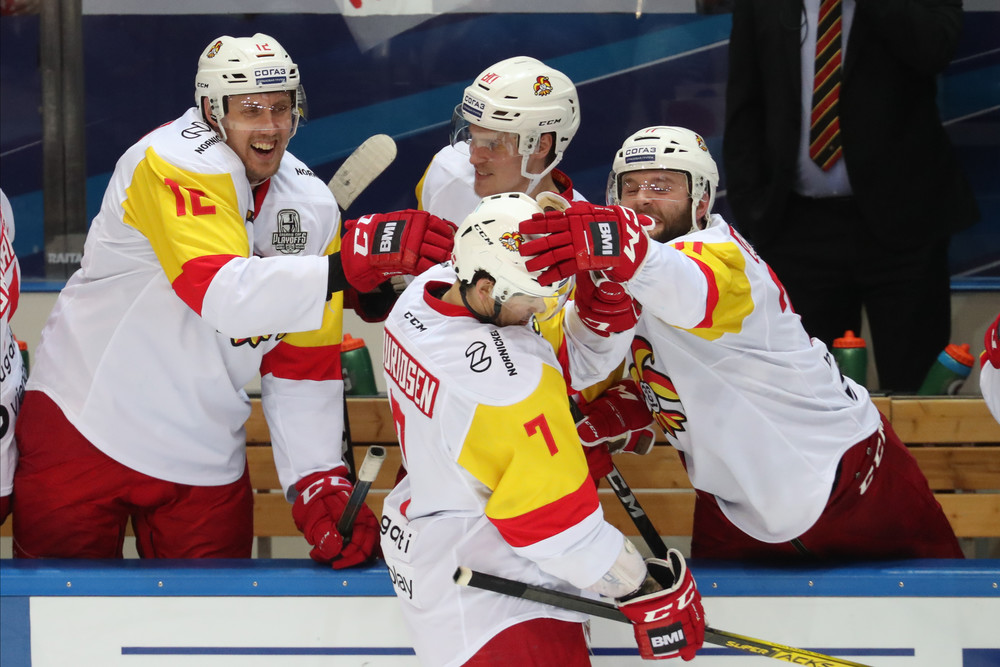 Reid Boucher had a whirlwind start to his KHL career, grabbing four points in his first three games on Russian ice — including two GWGs. But that’s nothing compared to the Avangard forward’s frantic arrival in the country as pre-season was coming to an end.

“I got off the plane at two-ish in the morning Moscow time,” Boucher recalled in an exclusive interview with KHL.ru. “I dropped my hockey gear off at the rink, went to the hotel and didn’t get much sleep. I woke up the next morning and had to do some medical tests. Then I went to the rink to watch the guys practice before we headed to the airport to jump on the plane. It was kind of a quick turnaround. Once we got to Saint Petersburg, I had to do more medical tests and stuff before I could practice. Obviously with the plane ride and everything, I wasn’t feeling very good the first couple of days.

“Once you get on the ice, everything calms down around you — hockey’s hockey. I started to settle in a little bit and got to know the guys a little bit better, had more conversations. So yeah, it was fast and furious ever since I touched down in Russia. I feel like I’m starting to get adjusted now — the more games I play, the better I feel.”

Work on the new Omsk Arena stepped up a notch this weekend when the latest phase of construction got underway. To mark the occasion, representatives of Avangard, the local and national authorities, and club sponsor Gazprom-Neft buried a time capsule along with the foundation stone. If all goes to plan, the capsule will be unearthed two years from now, at the opening game in Avangard’s new home. 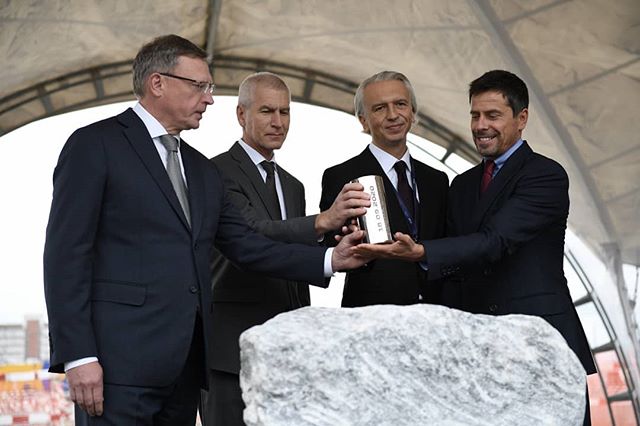 Kunlun Red Star’s game against Salavat Yulaev on Saturday saw the visitor win in a shoot-out. But the point that the Dragons collected for tying 2-2 in regulation means that every team in the KHL is now on the scoreboard. And there are signs of better things to come for KRS after a difficult start to the campaign. This week’s home stand in Mytishchi coincided with the arrival of new faces, reinforcements imported to add depth to a paper-thin roster. New signing Danny Kristo, previously with Dinamo Riga, scored twice on his debut in a 2-5 loss to Avtomobilist. Then Spencer Foo, back at the club after a successful rookie year, got a goal and an assist in the game against Ufa.

Sergei Svetlov was appointed head coach of Amur. The 59-year-old had a three-month spell behind the bench in Khabarovsk back in 2010 and also took charge of Atlant and Lada in the KHL. Last season he was with Admiral. Svetlov, whose playing career brought Olympic goal with the USSR, replaces Pavel Torgayev, who was appointed as interim head coach following the sudden departure of Alexander Gulyavtsev during the summer. 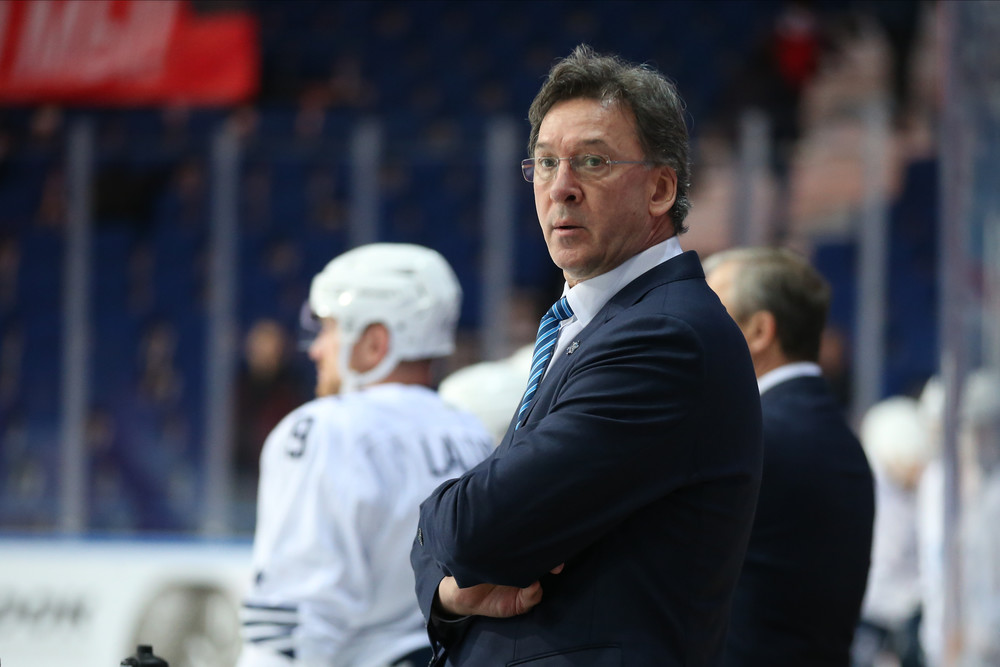