With a new-look roster and a new head coach, SKA is hoping that its young talent can continue to lead the club forwards.

With 93 points from 62 games, SKA was just one point behind CSKA in the race for top spot in the regular season table. That came despite some indifferent streaks of form. Back at the start of the season, there was even a question mark over Alexei Kudashov’s future at the club, but his position became stronger as the team’s results improved. Judicious acquisitions from Vityaz, the early-season surprise package, helped, as did the emergence of several teenage prospects.

The darkest period came in late October, when SKA suffered five straight losses before a less than convincing shoot-out win at lowly Severstal. However, a 10-game winning streak in December suggested that the team was getting things together and the regular season finished with a run of 12 victories, culminating in a 4-1 win over CSKA. In the playoffs, SKA swept Vityaz before the curtailment of the season. 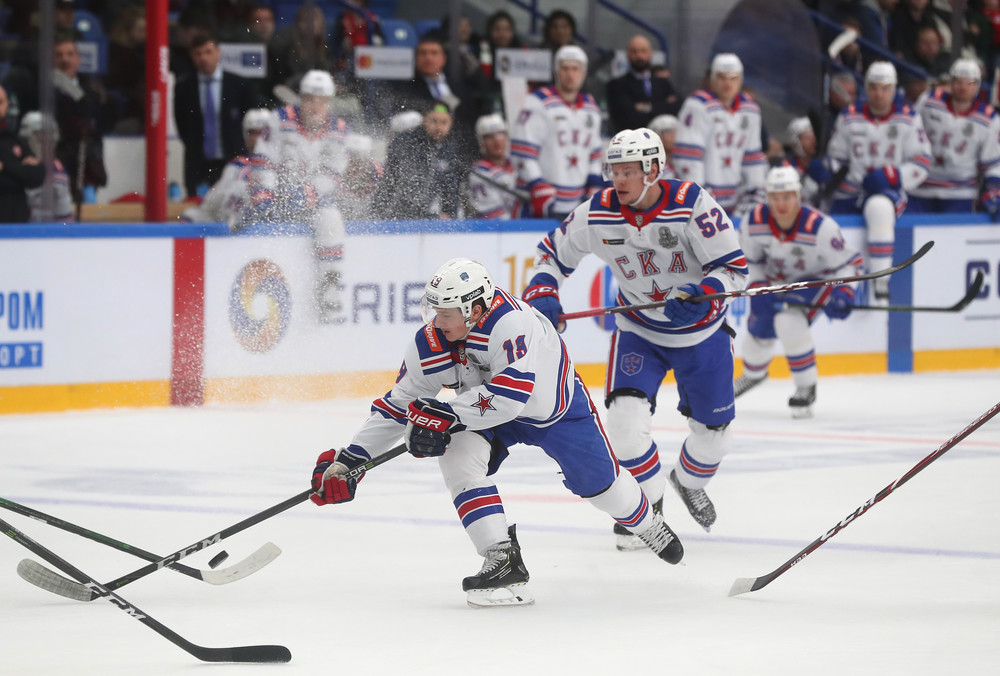 Valery Bragin is a familiar figure in Russian hockey, but his experience as a KHL coach is decidedly limited. The 64-year-old had a short spell behind the bench at CSKA, taking charge for the 2012-2013 season, but was moved upstairs in December of that campaign as the Army Men struggled to make an impact in the championship. His time as coach of Russia’s U20s has been more successful: World Junior gold in 2011, plus four silver medals and two bronze as he shaped the futures of a generation of young Russian talent. Can he translate tournament hardware into consistency over the long slog of a 60-game campaign, plus playoffs?

Experience with Russia’s juniors is a big part of the attraction for SKA. Last season, the Army Men began to move away from their big-spending model of old. The emergence of youngsters like Kirill Marchenko, Danila Galenyuk, Ivan Morozov and Vasily Podkolzin pointed to a new ethos at the Petersburg club, and Bragin’s experience of elite junior coaching makes him a good fit to work with these guys. In addition, there are few leading Russian players who have emerged in the past decade without playing under Bragin on the international stage; for many on SKA’s roster, this is a time to renew an old acquaintance. 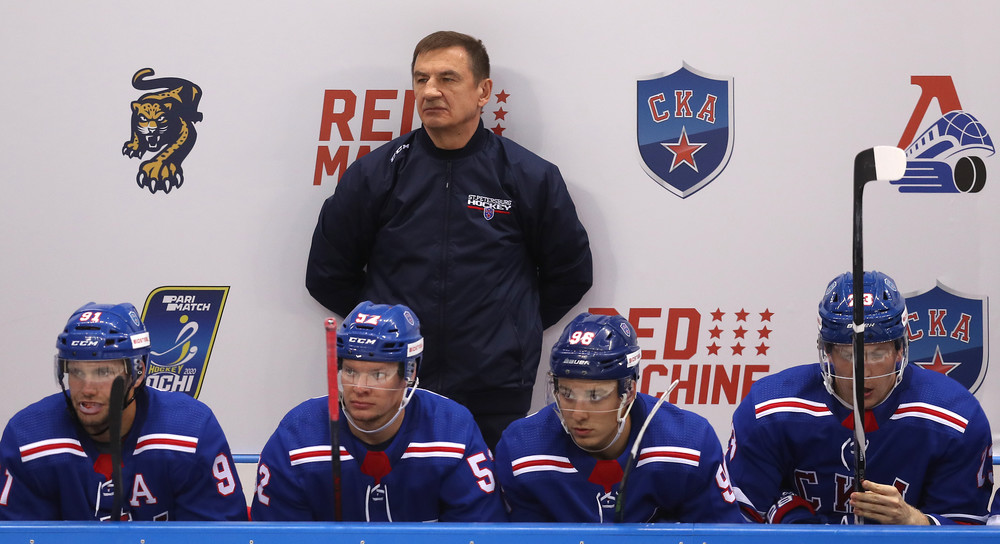 Plenty of players have left the club as the impact of the salary cap forced changes to the roster. Three men — goaltending prospect Alexei Melnichuk, defenseman Artyom Zub and forward Alexander Barabanov — are NHL bound, while long-serving Finnish center Jarno Koskiranta has returned home to play for SaiPa. But there are also many players who will be elsewhere in the KHL this season. Jori Lehtera joins former SKA head coach Oleg Znarok at Spartak, Dmitry Kagarlitsky will look to rekindle his partnership with Vadim Shipachyov at Dynamo Moscow, and Metallurg has taken on Sergei Plotnikov and Maxim Karpov, as well as defensemen Artyom Zemchyonok and Vladislav Syomin. Nail Yakupov, one of the enigmatic talents of Russian hockey, is also on the move, joining Amur. 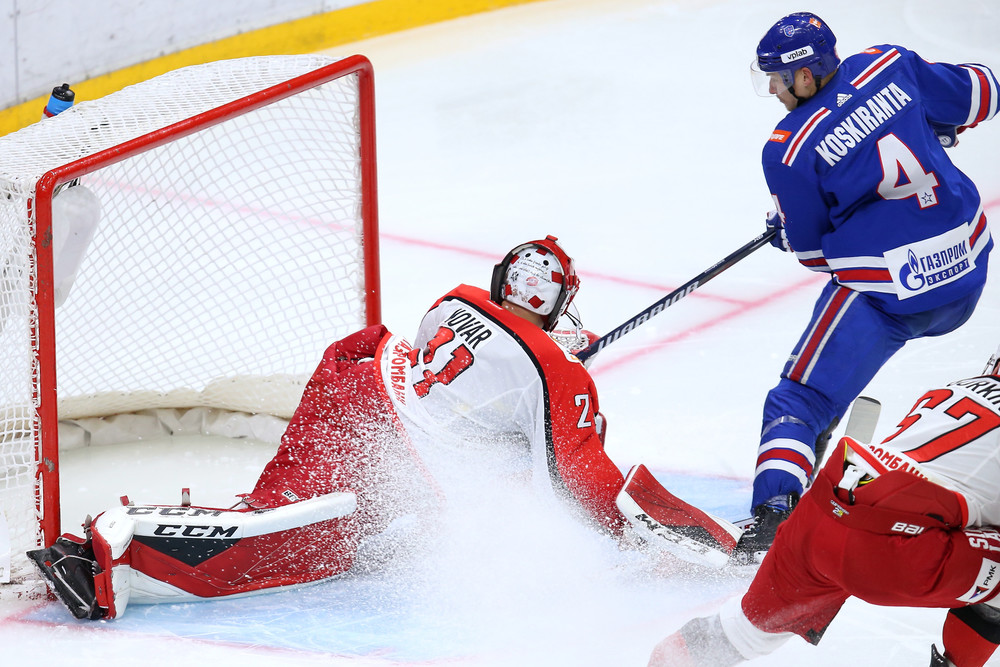 Two proven KHL performers arrive from Metallurg. Defenseman Viktor Antipin has crammed in plenty of hockey experience and is still only 27. He has two Gagarin Cups, plus NHL and World Championship action, and should be an asset for any blue line unit. Evgeny Timkin, meanwhile, also got his hands on the Gagarin Cup while in Magnitogorsk and offers a no-frills game as a hard-working center.

Offensive flair should come from Linden Vey. The Canadian joins from CSKA, having previously played for Barys. A consistent scorer, he’s compiled 155 points in 180 KHL appearances to date. Emil Galimov proved himself an effective goalscorer at Ak Bars. Meanwhile, Bogdan Yakimov gets a big move from Severstal and a chance to prove himself with a big club. 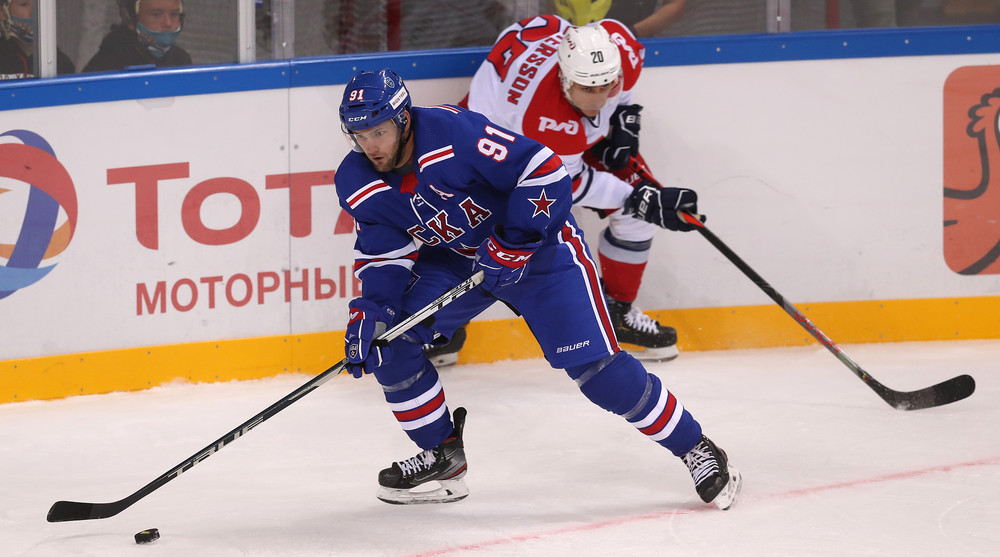 Vladimir Tkachyov was SKA’s top scorer last season, with 42 (14+28) points in 55 games. That was the 24-year-old’s best return in a KHL career that includes spells with Admiral, Salavat Yulaev and — briefly — Avangard. It’s a path that has echoes of Artemy Panarin and Nikita Gusev, two previous SKA stars who worked their way up to become dominant players in the KHL. Tkachyov isn’t at that level yet; he’s a good player with the potential to be great. But he has the tools — superb skating, elite-level stick-handling and vision — to get there.

With a much-changed roster, Tkachyov has the chance to assert himself this season as a creative force on SKA’s top line. If he can do that, we might soon be discussing him as the next major Russian talent to reach full maturity. 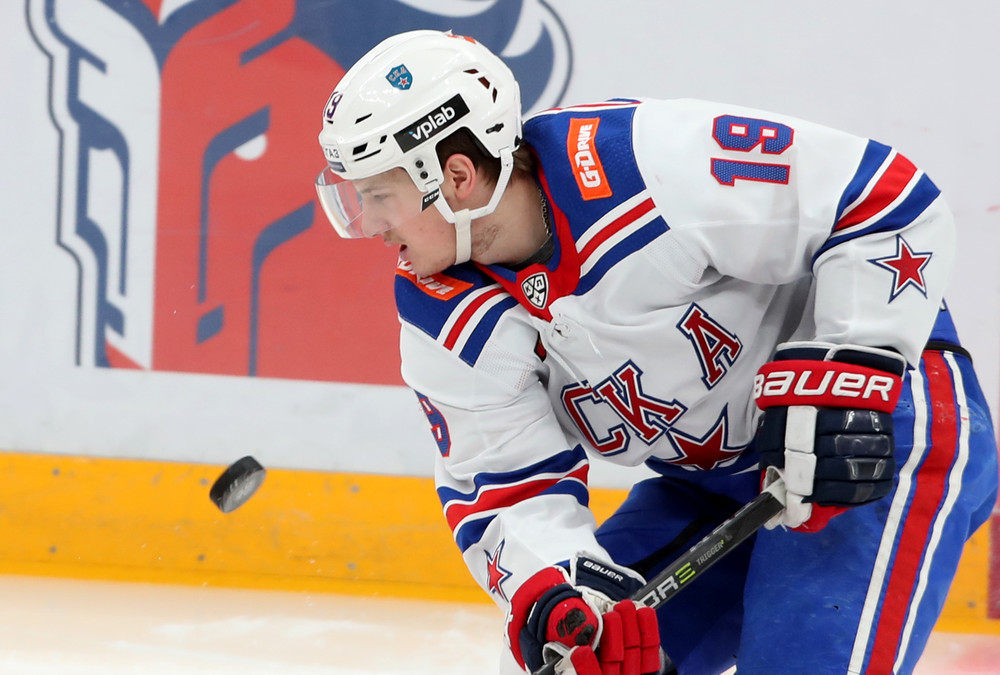 SKA is always among the contenders for the top prizes and the club’s management will expect to be involved at the sharp end again this season. However, like many of the traditional power houses of the KHL, this is a voyage into uncharted territory. The roster has lost a lot of experience and, under the salary cap it’s much harder to replace that today than in previous seasons.

Then there’s the coaching question. Bragin is undoubtedly a man with many qualities. In addition he’s already familiar with the club after joining as a consultant coach last season. However, he has relatively little experience of the day-to-day grind of leading a club through a long campaign — especially a club at this level. However, he has time to adapt to his new role; SKA’s roster is too strong to be in danger of missing post season even if it underperforms during the regular campaign, and we know that Bragin is capable of navigating a path through a shorter tournament or playoff series. 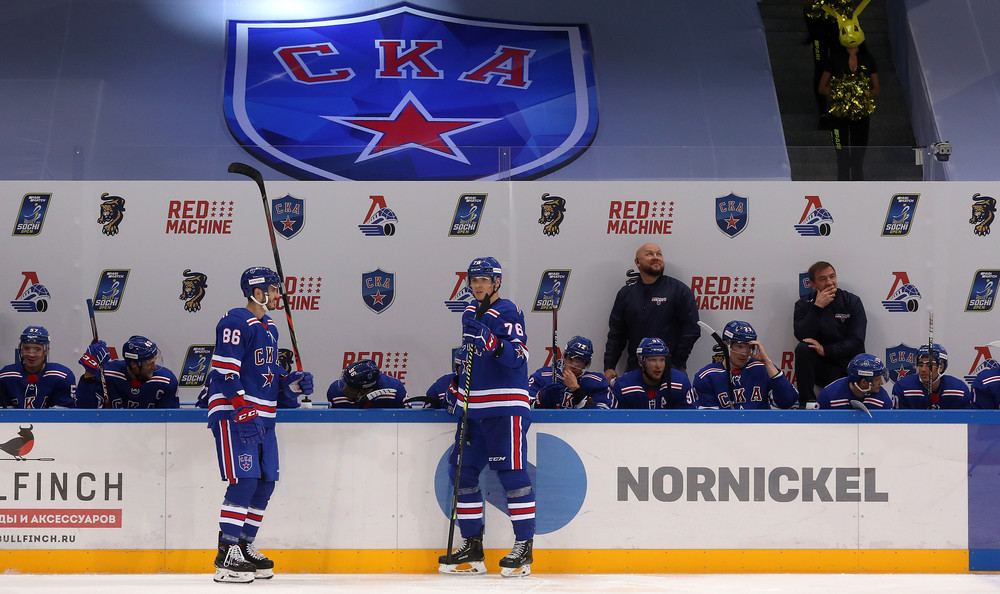