Continuing our rundown of the KHL’s top players in each position. 12 seasons, 12 players. Today we’re going on with defensemen with Gagarin Cup and World Championship winner Evgeny Medvedev.

One of the top-performing and most-winning defensemen in the recent Russian hockey history, Evgeny Medvedev left a huge legacy with his play and triumphs. The 2019-20 season was the first KHL year without Medvedev patrolling the blue line and sparkling attacks for what in the end was, more often than not, a contending team.

A native of Chelyabinsk, one of the biggest hockey hot-beds in Russia and the city that gifted the world first-class talent like Evgeny Kuznetsov, Sergei Gonchar, Evgeny Dadonov, and Sergei Makarov, Medvedev became an established player in Cherepovets. There he lined up for Severstal in the old Russian Superleague. The defenseman had all it takes to become a top-level hockey player: a great size, smooth skating, and a great sense of the game. The real turning point of his career, however, was his move from Severstal to Ak Bars Kazan, in 2007. One year later, Medvedev and Ak Bars celebrated the first-ever Gagarin Cup title, doubling their success in 2009. 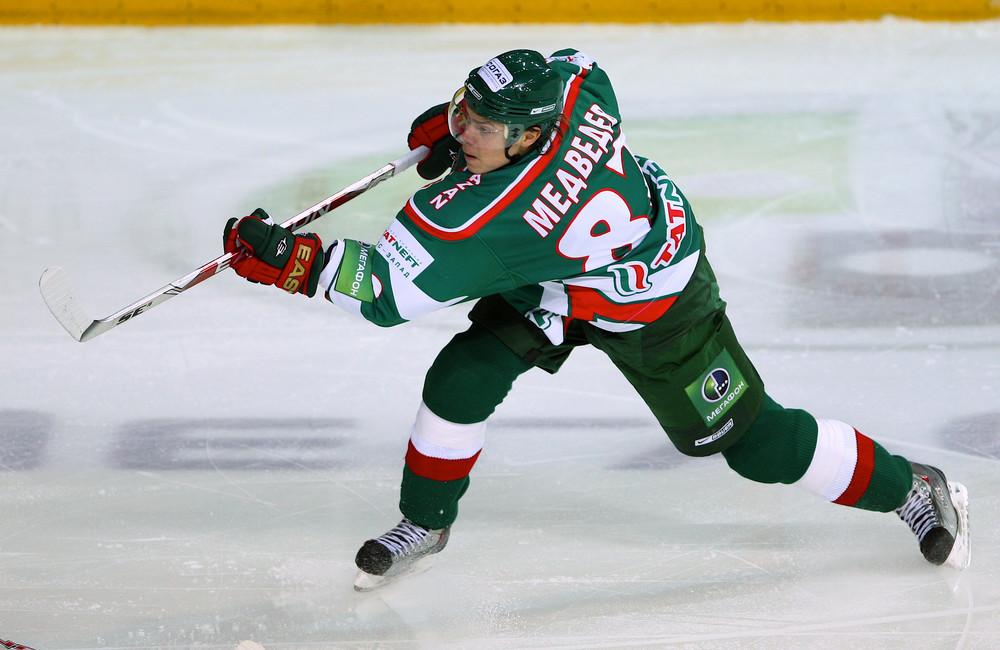 On both occasions, Medvedev was a crucial member of the team, playing well over twenty minutes a night for a rock-solid Kazan defense. After the back-to-back triumph, however, Ak Bars won’t have another deep playoff run until the 2012-13 campaign when they lost the Eastern Conference finals to Traktor Chelyabinsk with less than 30 seconds to go in game seven. That year, Medvedev had his most productive season with Ak Bars, scoring 26 (6+20) points in the regular season and adding another seven in the playoffs. 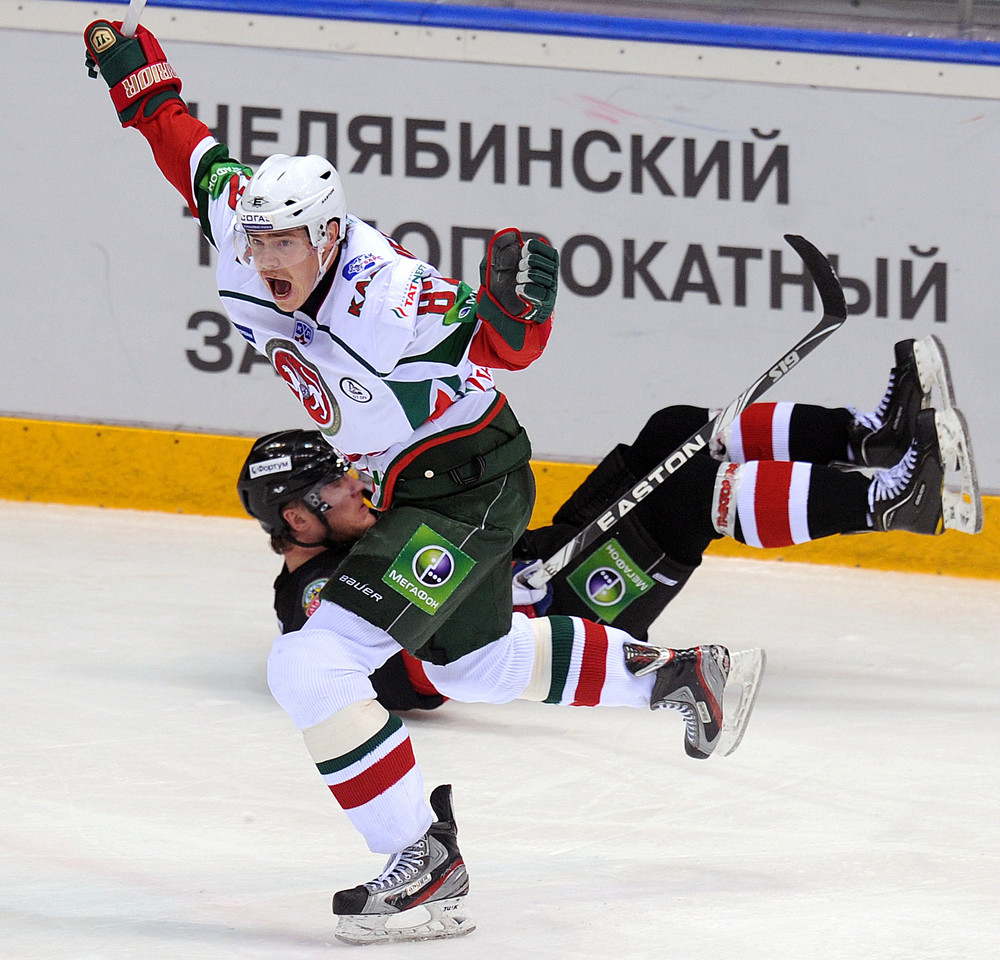 In the meantime, Medvedev also started being a feature on Team Russia, and he won his first IIHF World Championship gold medal at the 2012 WC in Finland and Sweden. The D-man will win his second gold two years later, in 2014, after representing Russia at the Sochi Winter Olympics. One year later, Medvedev’s deal with Ak Bars run out, and he took a surprising decision signing in the NHL in his 33. After spending the 2014-15 season with the Philadelphia Flyers, Medvedev returned to Russia and the KHL in 2016, signing a two-year deal with Avangard Omsk. The veteran defenseman was appointed as Avangard’s captain right away. With the Hawks, Medvedev had three very productive seasons. In his first season with Avangard, Medvedev scored “only” 22 (2+20) points, but skated in his fourth KHL All-Star Game. The next year, he set a new career-high with 30 (11+19) points — a record that he will equal the following year, his last in the KHL. In his final season in the league, Medvedev helped Avangard reaching its second Gagarin Cup finals. 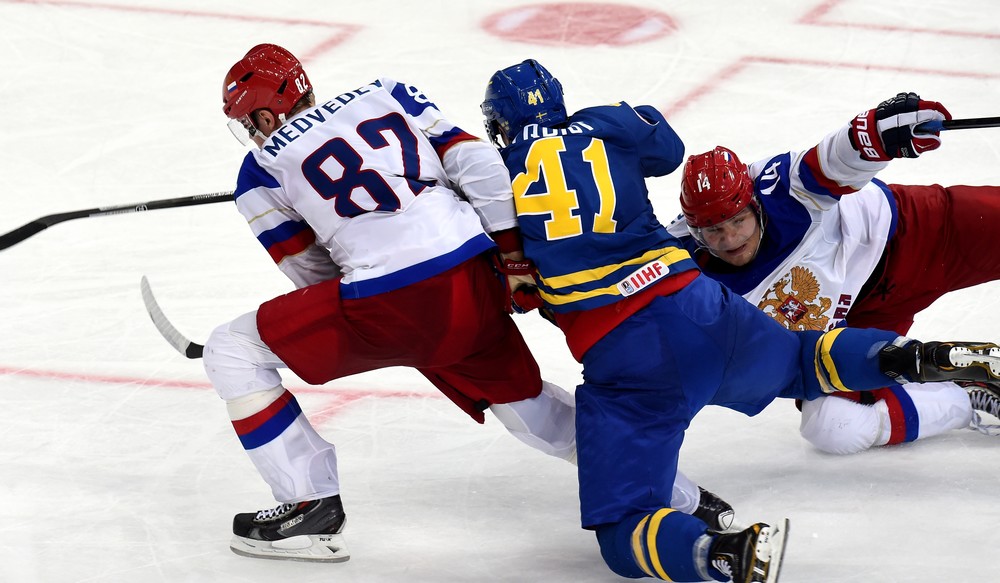 After the season, Medvedev’s contract wasn’t renewed by Avangard. Failing to receive any interesting offer, the D-man announced his retirement in February 2020. The Chelyabinsk native had a long and successful career and is now remembered as one of the best offensive defensemen in the league’s history. He’s currently the fifth top-scoring D-man in the league’s history after Kevin Dallman, Ilya Nikulin, Kirill Koltsov, and Juuso Hietanen. 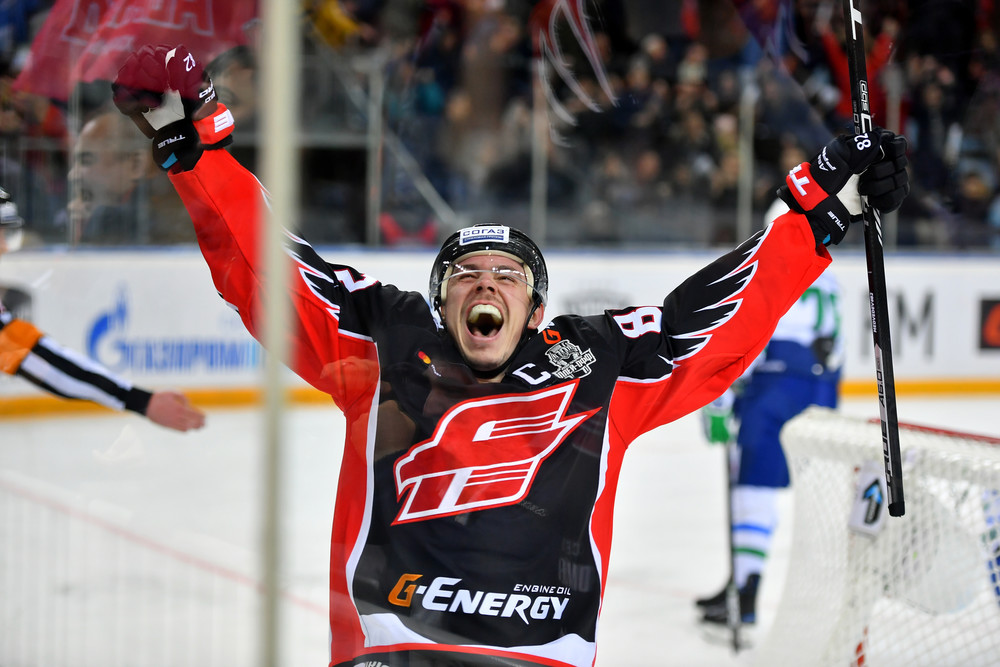