‘Let’s have more of these games in Europe!’

Monday sees the Green Derby take place in Davos, Switzerland as part of the KHL World Games. A few hours before the puck drops at 1930 local time (2130 Moscow time), the players and coaches of Salavat Yulaev and Ak Bars went for their pre-game skates and talked about their impressions and expectations ahead of the game.

I hope the team is in a better state of mind now. In a derby, you need to be on top of a few different things – desire, character, these things become very important. Our guys are professionals, they understand that they have to fight, to get out of their comfort zone. When things are going well, many are ready to step forward; it’s always interesting to see who will take responsibility when things are hard.

You know this arena in Davos well. How does it feel to be back?

It feels good. I played here for Davos in the Spengler Cup a long time ago. We always had a full house and a wonderful holiday atmosphere. I hope it will be the same today. The KHL World Games are important for the development of the KHL. It causes a few logistical problems for us, but we understand that, we accept it and we’re here and ready to play. 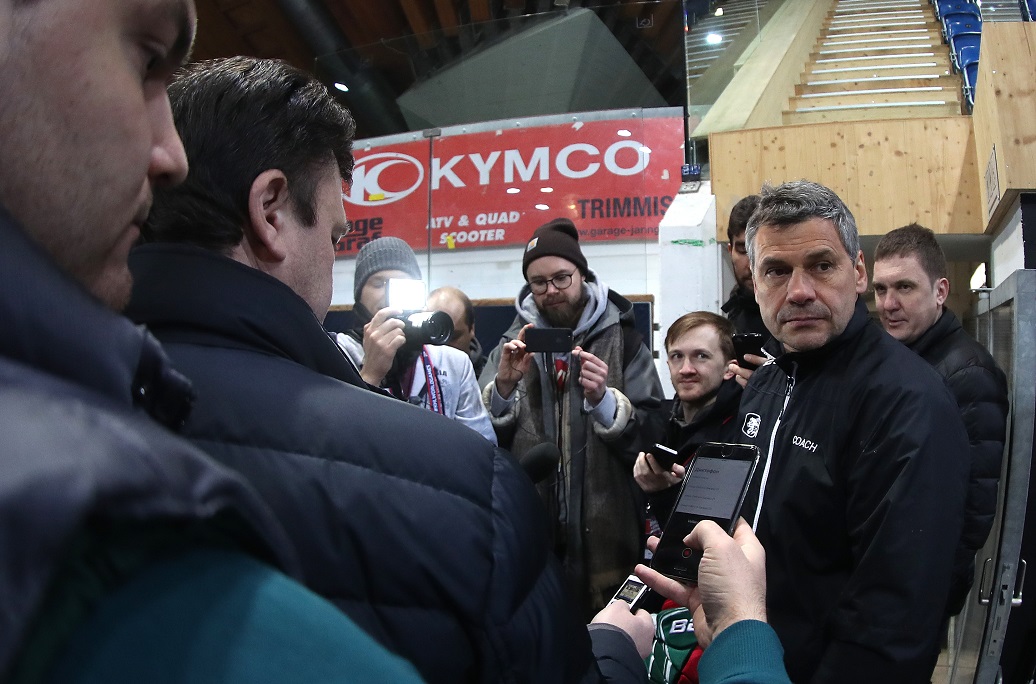 I feel good. It’s always fun to play games in place like this, and for me it’s especially good to be in Switzerland. I lived here for a year, my dad was coaching and I got to know all the different towns. Playing junior hockey, I would travel around them all. So it’s nice to be back. As for tonight’s game, it doesn’t matter if it’s 1-0 or 7-6. The main thing is to get the win.

I wouldn’t say I was a veteran of these tour games. We’ve only had about three altogether. Maybe if I get to play 10 of them, then I can say I’m a veteran.

It would be tough to choose a Swiss team to play in the KHL. There are lots of good teams here, lots of great cities. I think you could easily take more than one. 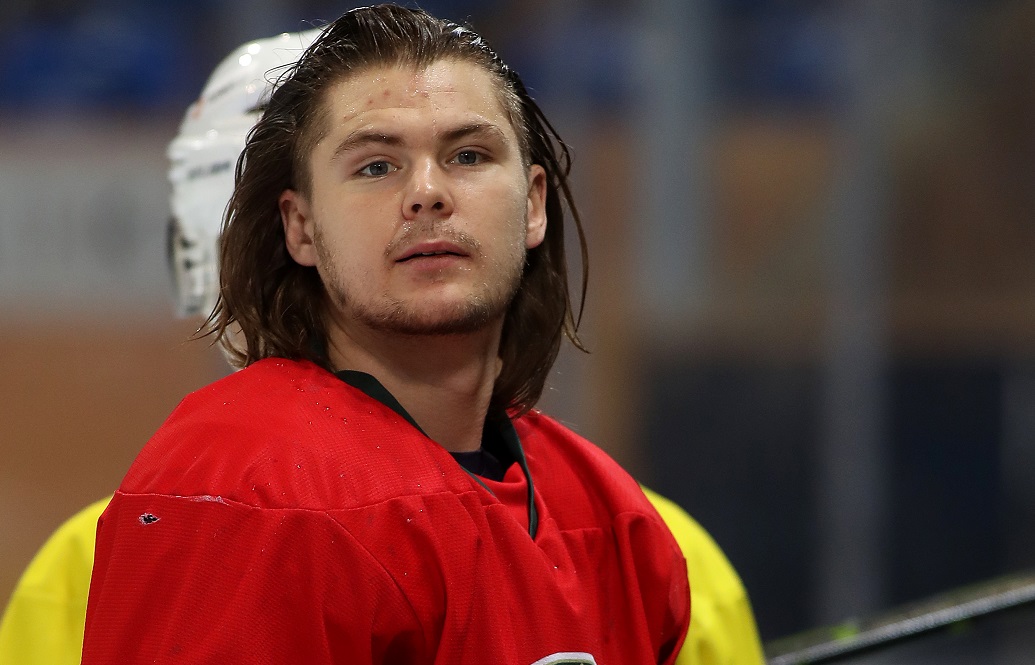 It’s a nice, compact arena here and I think it will feel good to play here. I know very well what kind of atmosphere the fans generate in Davos, they encourage an energetic game. But how the game will turn out is always a mystery for us.

Our first practice went fine, but let’s wait and see what happens tonight. The game is always more difficult. I think the players’ physical conditions will play a big role. Let’s hope that we see some interesting hockey with lots of goals.

It doesn’t really matter where we play against Salavat Yulaev – it’s the Green Derby, games like this really matter to us. But there are 62 games in the season, and we want to win every time we play.

If we talk about the KHL expanding into Switzerland, it seems to me that the league would also be interested in teams from France and from other countries. But we are the players, it’s not our call. We have a league with its own management, who will make the decisions. But, as players, we’ve no problem with coming on these tours and playing a couple of games.

Are the fans expecting me to get in a fight tonight? [laughs]. No, I’m not really a fan of fighting. It just happened in the game against Sibir, I wasn’t going out looking for it. And today I certainly won’t.

For us, the Green Derby is the biggest and best rivalry. This season, all the games have been tight, tough battles and this will be no exception. We’re all looking forward to the game, especially in such an atmospheric venue. I hope we can score plenty of goals. It’s a big pad here, there’s lots of room to skate and I hope that will be to our advantage.

I’m enjoying the trip so far. We came late at night and didn’t see what was here until the morning when suddenly we had these beautiful snow-capped mountains. I like the idea of bringing these games on tour, it’s good for the development of the league and gets more people interested in the KHL. Where next? That’s a tough one. Dubai, that would be great. France, maybe? Or how about Portugal? I’d bring my entire family!

It’s going to be an interesting game. We’re here on behalf of our league and we have a duty to play our best hockey to impress fans here in Europe. In the last games we’ve played OK but couldn’t quite take our chances. We’ve had a lot of injuries, guys are playing through injections, taking tablets. Even today we’re missing [captain] Grigory Panin, he’s ill, lying in the hotel with a temperature. So the other guys will have to step up and show their leadership, to make us stronger as a team. 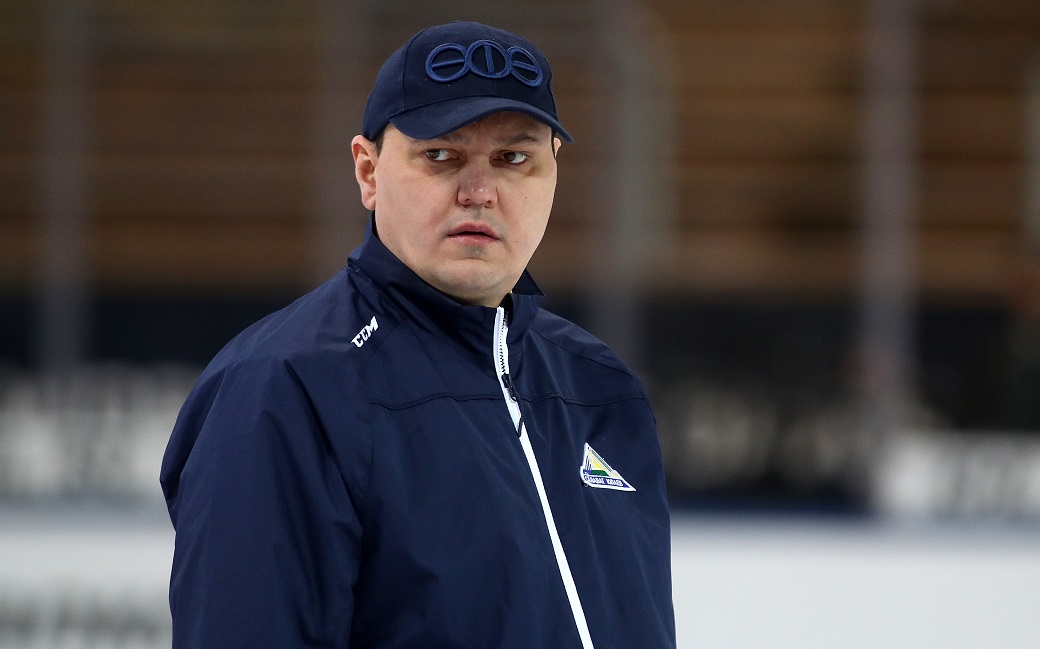 The change of scenery is good for us. But we can already feel that we’re up in the mountains. The first couple of exercises in practice had us catching our breath so we’ll want to play short shifts tonight. It’s great to be playing in Davos, especially if we get a big crowd to create that special atmosphere. And it’s always a big thrill to be a part of the Green Derby.

It’s a great idea to come here and show off our hockey in Switzerland. I’d like to see more of these games all over Europe. Maybe the altitude will be a problem for anyone who doesn’t often play here. Yesterday evening we went out on one of the slopes and we realized what it feels like to be at 1,600m. As it happens, I’ve already played in Davos when SKA came here nine years ago and won the Spengler Cup. And before that tournament we beat Spartak here in a KHL game.

It’s cool to get a change of scenery and to play in a place like this. But we’re not here for a vacation, we need to win hockey games. I’m sure this trip will give our team a lift. It’s an unusual arena, an old-school appearance but inside everything is modern. Yesterday we went out to look around the town and for a couple of hours we just couldn’t stop – it was great! 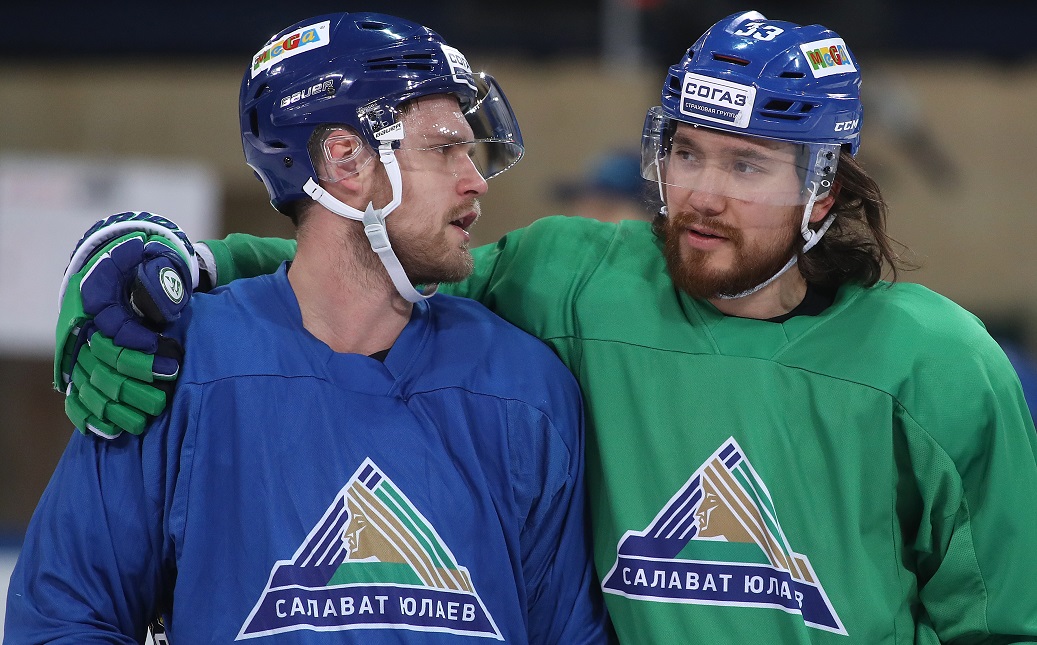