Four partners extend their deals with the KHL

Ahead of the 12th season of KHL action, the league extended its deals with four partner companies at a special ceremony in Moscow.

Hankook Tire has been a supplier and the official tire of the KHL since 2017. The agreement is extended for three years.

At Hankook Tire we love sport and we are proud to be a partner of the Kontintental Hockey League. Working with the league, we want to give all hockey lovers something money can’t buy: a feeling of safety and confidence in yourself and your team.

We share the same ideals as Hankook Tire: maximum comfort, safety and confidence thanks to a high-quality product. Last season Hankook helped more than 10,000 fans attend KHL games and we’re looking forward to extending our partnership for three more seasons. 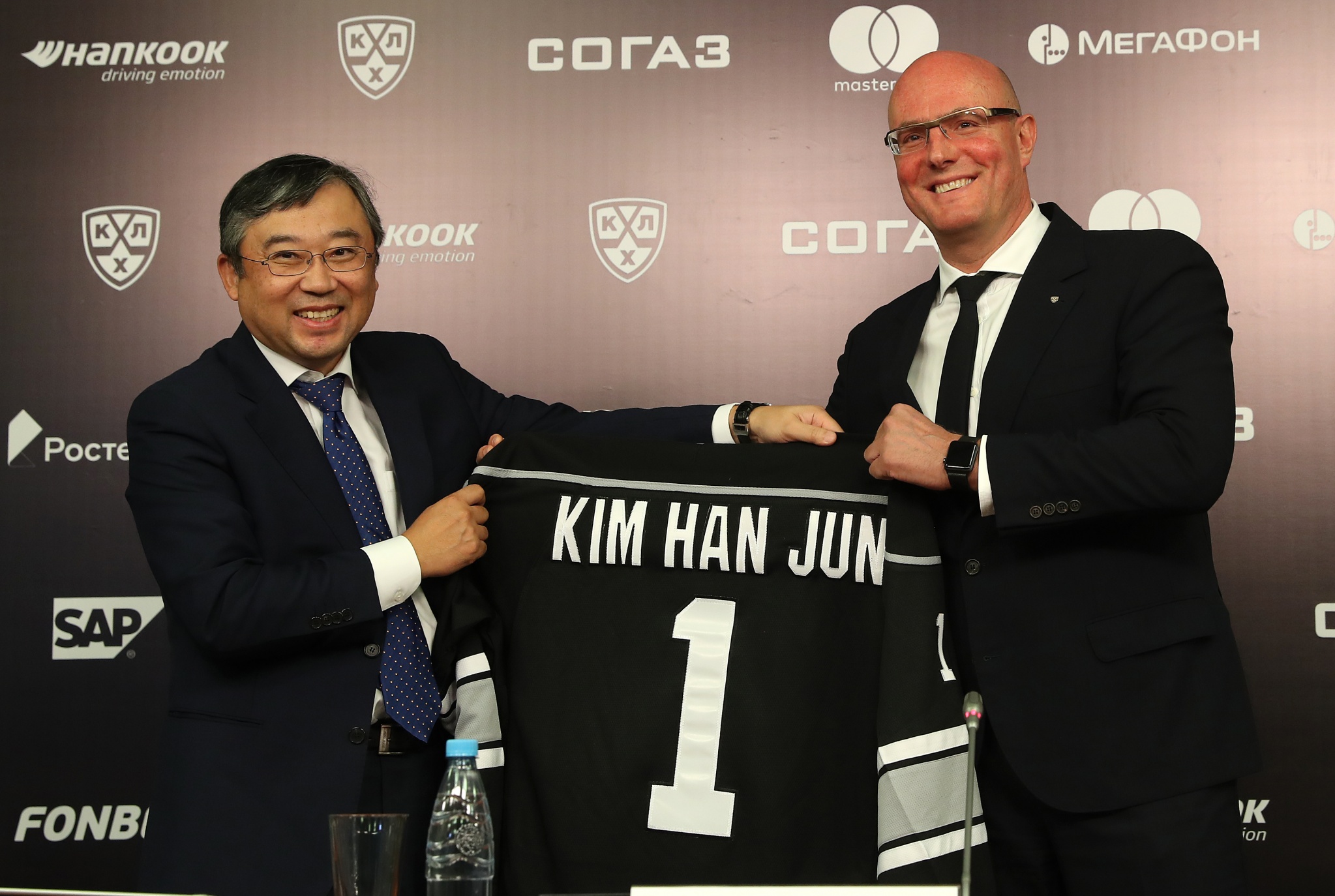 Leading Russian mobile network Megafon has been a KHL partner since 2008. That deal is extended for another year.

It is a great privilege for us to work with Megafon in so many areas that are important to the KHL. It’s a real case of two leading companies working together. We’ve delivered many projects together, most notably during the All-Star Week when Megafon’s high-speed mobile internet enabled fans to download everything they wanted, despite a huge volume of traffic.

Megafon has supported the KHL from day one. We’re proud of that because for fans in Russian hockey is more of a religion than a sport. We’re happy to be a part of it, not just as a partner but as a company that delivers the most advanced technology. Now you can watch the best, fastest Russian hockey on the fastest mobile internet. 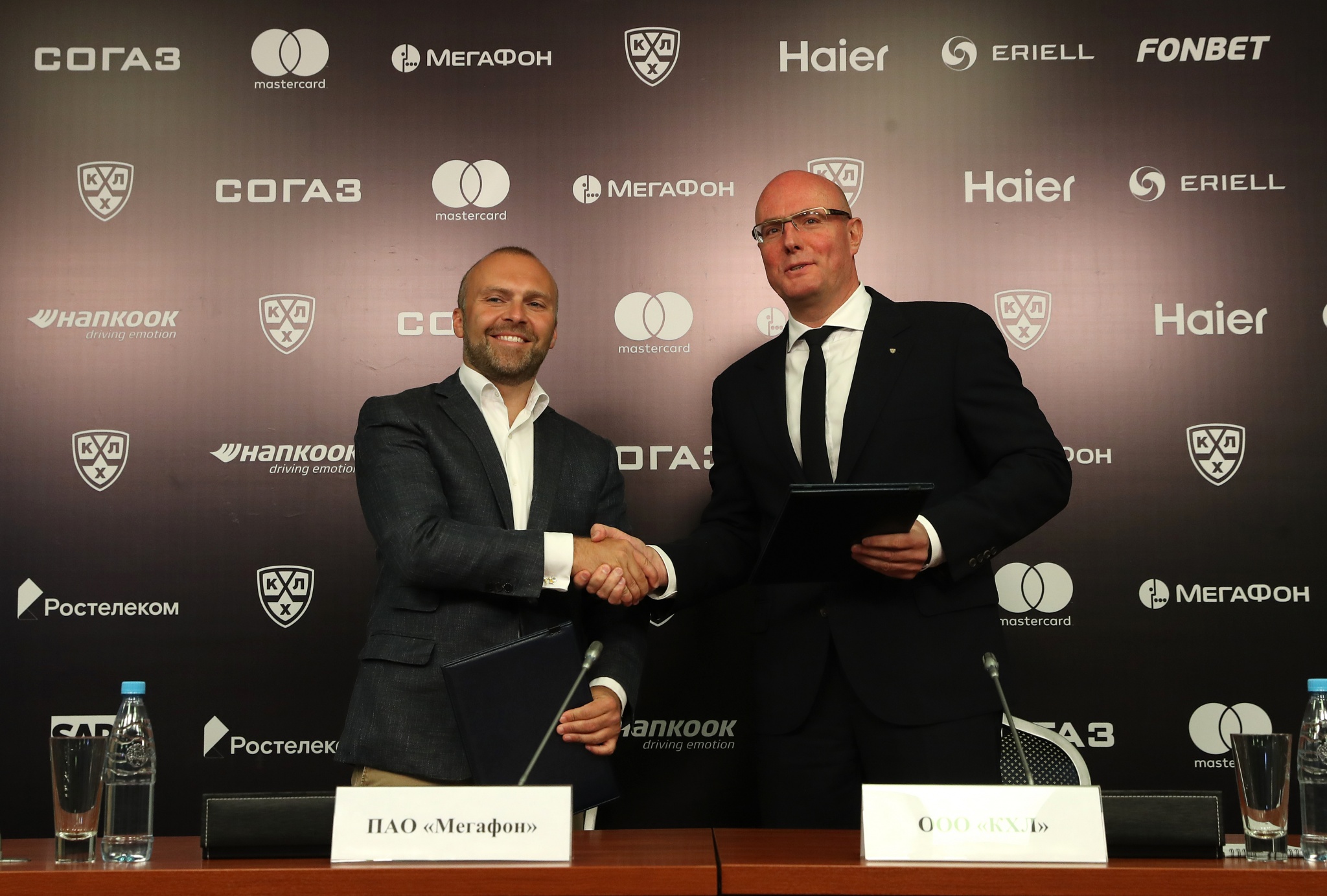 Mastercard has been an official partner of the KHL since 2015. The new agreement will run for two further seasons.

With Mastercard we have created the ‘Priceless League’, a unique promotion that brings players and fans together. Last season there were more than 1 million votes in support of our most popular players, with about 10,000 fans taking part. When we can raise the barriers between players and fans, when we can unite them all on the ice, that’s an unforgettable feeling. Truly, it’s priceless.

This is an important step for us. All around the world, Mastercard is proud to support the key events in culture and sport. And in Russia, hockey is more than just a sport. Our ‘Priceless League’ has been living up to its name since 2016 and I’m sure that the coming season will bring even more unforgettable experiences. We’re preparing even more surprises for fans and players alike and together we’ll keep on creating those priceless moments. 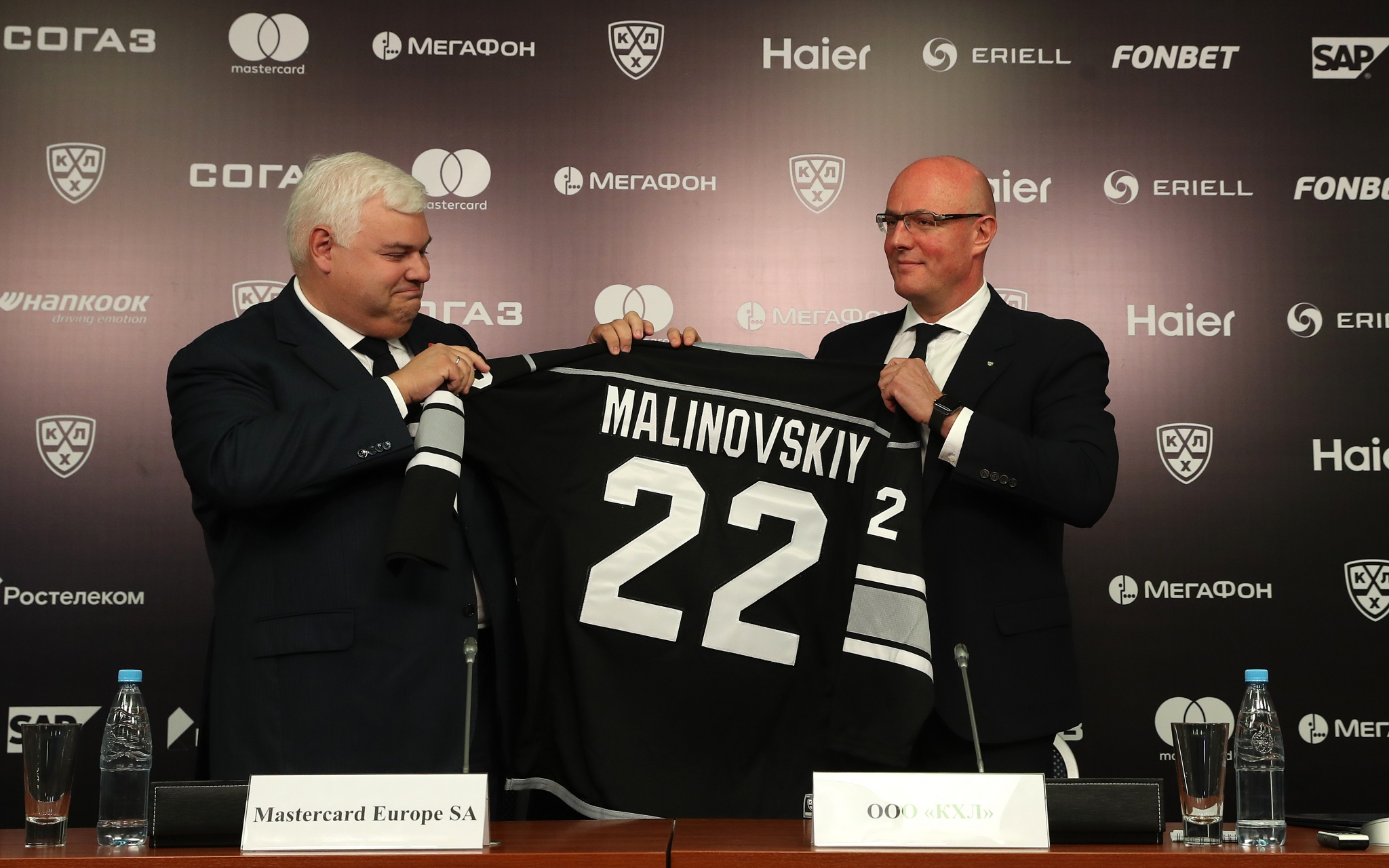 Insurance company SOGAZ has been a general partner and insurance provider to the KHL since 2008. The new deal will run for a further season.

SOGAZ has been our partner from the very start. Every year, several thousand hockey players, coaches, referees and colleagues of the league can rely on the cover provided by SOGAZ. The company also plays an active role in various promotions. We stand shoulder-to-shoulder with our partner; we enjoy reliable cover and we enjoy working together.

For many years SOGAZ has supported sport – and especially hockey – at all levels in Russia, from the elite to the juniors. It’s an honor for us to be a part of the biggest hockey project in Eurasia and to play our part in the development of the KHL. Our support for sports is not just an established tradition, it’s an important part of the SOGAZ social policy. We place great value on our partnership and hope that it will grow even stronger. 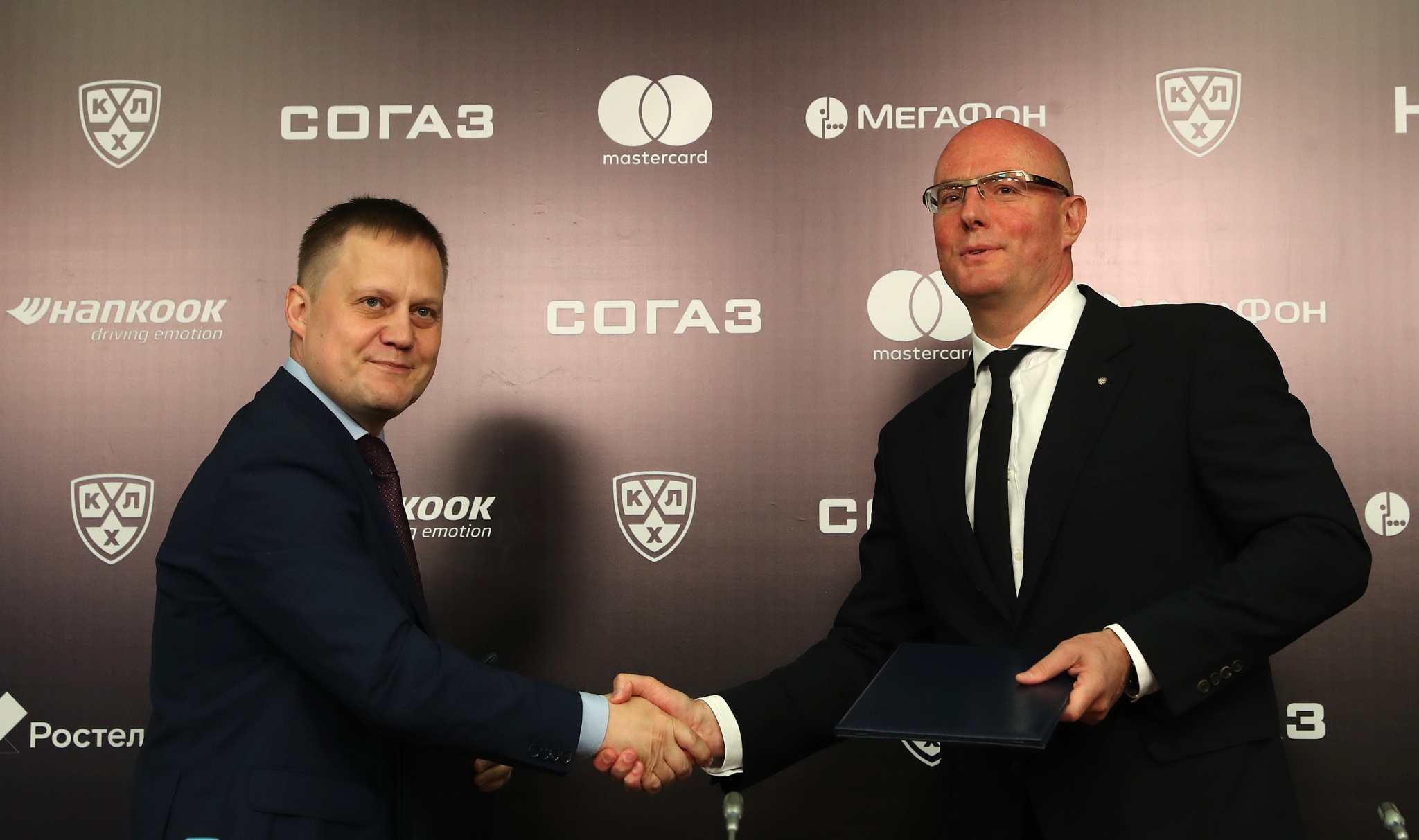