KHL.ru introduces you to CSKA’s young forward Nikita Rtishchev. In his first KHL season, he scored a goal and played in the Gagarin Cup finals.

Nikita Rtishchev was born in one of the hottest hockey towns in the Moscow Region, Elektrostal. The local team, Crystal, was a solid middle-of-the-pack team in the Russian league in the 90s. Back in the days, the team produced the Olympic champion Anatoly Ionov. In more recent times, the organization launched players like Nikolai Zherdev, Vitaly Proshkin, Alexander Suglobov, and Dmitry Shikin.

“When I was five, my parents decided to get me playing sports, and I didn’t have much to think about my choice. Of course, I picked hockey,” Rtishchev recalls. “Elektrostal is a real hockey town, and everyone loves this sport.”

However, there was a problem. Nikita couldn’t even stay still on his skates, and he needed to start from the very beginning when his teammates already skated pretty well. Thanks to his coach Alexei Shikhanov, Rtishchev quickly caught up and became a leader of his team.

The future CSKA forward’s career hit a turning point when he was nine; during a tournament game, Rtishchev scored a double on the Red Army and captured the opposition coaches’ attention.

“Evgeny Zemskov, a coach for CSKA, talked with my parents and offered to transfer me to his team,” Nikita explains. “We decided to move to Moscow. At first, I lived with another family. Luckily, another player moved from Elektrostal to Moscow, the defenseman Denis Davydov. Our two families lived in a two-room apartment in Moscow; they lived in a big room, we lived in the next one, a bit smaller. My parents visited me three times a week.” 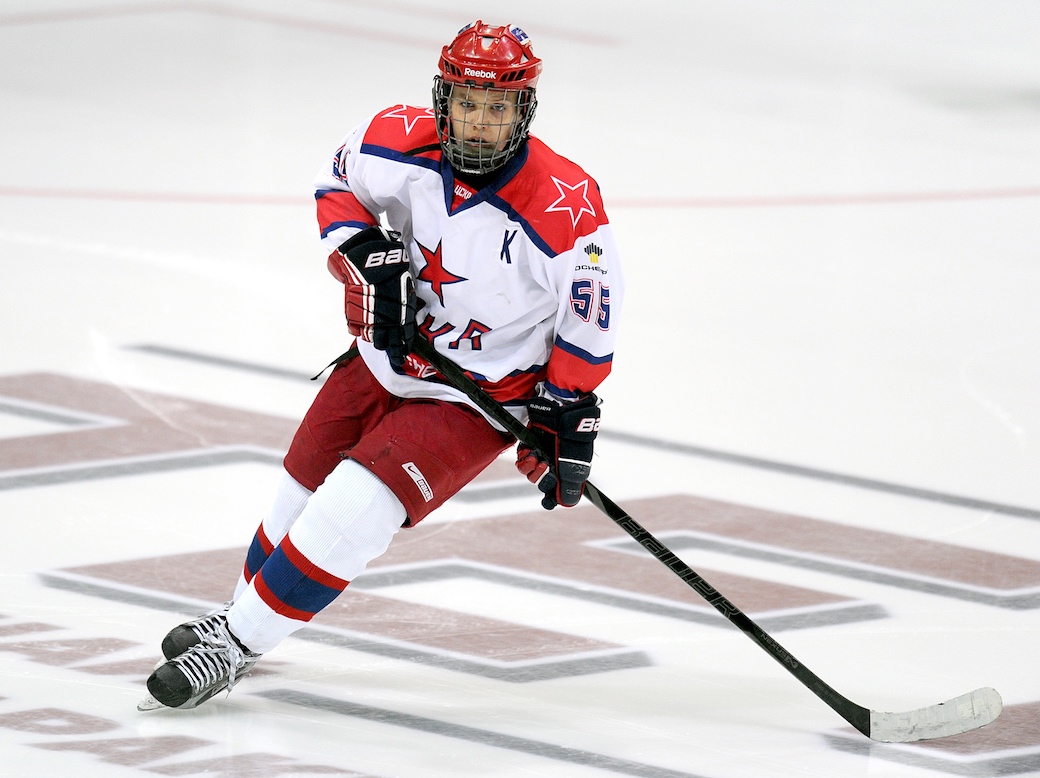 When it was finally clear that Nikita could become a leader not only in Elektrostal but also for CSKA, his family decided to move to Moscow. In his first season, Nikita scored 42 goals in 22 games, and the next year he became the team’s captain. Rtishchev put together incredible stats: 42 goals in the 2009-10 season, 33 in the 2010-11 campaign, and 40 goals one year later.

When he turned 14, Rtishchev moved to Rinat Khasanov’s group, with whom he worked until he reached the JHL age. “Nikita was a leader for our team, helping us in the most difficult times,” Khasanov recalls. “We lost many players due to injury, but Rtishchev and his partner Koreshkov were the best that year for us. Nikita is a hard-working player with a fantastic attitude. The great Vladimir Vikulov once said that if a player is talented, then it’s better not to interfere with him. And I can say the same about Rtishchev; I needed to simply guide his development without interfering.”

One of the most talented players of his age never forgot his roots. “When I was 15, once the season was over, I asked my coaches to let me go back home to Elektrostal,” Nikita says. “I could help Crystal, playing five games with them.”

“Is it possible to say that you got a star in your team at first sight?” asks himself Rinat Khasanov. “When a player is 14, it’s pretty much impossible. At this age, a guy’s character changes, and how many players who were excellent when they were younger couldn’t turn into pro players? There are also opposite cases. Nikita combined a fantastic individual talent and a great nose for team play. Of course, when it was time to decide a game, he could take his responsibilities and play the puck. But in general, he is a fantastic team player.” 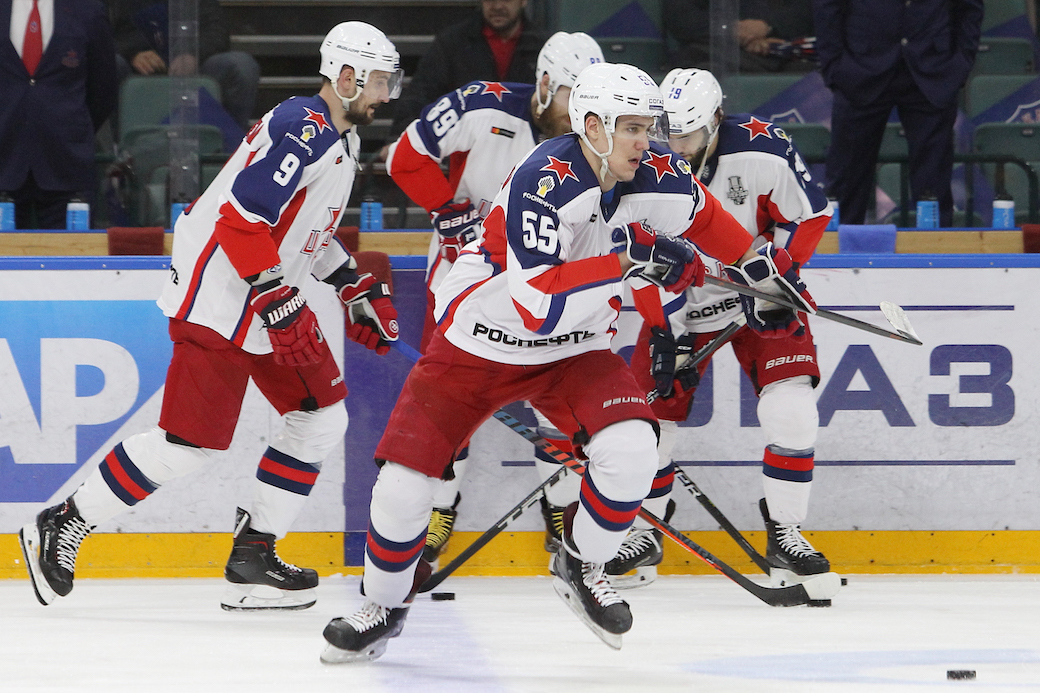 “I was called to the JHL team when I was 16 when I was still eligible for school hockey,” Rtishchev explains. “I find myself a spot pretty fast with the Krasnaya Armiya, I played a few games there, and I was called up for the preseason camps.

Nikita started the 2017-18 campaign in the JHL, where he won a full-time spot in the roster. However, he couldn’t score his first goal for quite some time. Only at his thirteenth game could the forward manage to score. Such a scoring drought was unusual for a player used to regularly put the puck in the back of the net.

“In the first time I was anxious about it,” Nikita recalls. “However, after my first goal, the ball started rolling and, in the end, I had a great season. I always remember that season with pleasure.” 30 points and 16 goals in the first pro season is quite an achievement. And in one year, Rtishchev ranked up again, getting to the next level.

Of course, the national team’s coaches couldn’t avoid noticing such a talent. Rtishchev plays with the national team since he was 16 years old. However, the fact that aged 19 he’s yet to play at a world championship is somewhat odd.

“I played so many games with the U18 national team, we spent together a whole month to prepare to the World Championship in Magnitogorsk and Chelyabinsk,” Rtishchev recalls. “However, I was cut on one day from the start of the tournament. Of course, I was very disappointed, and for a long time, I couldn’t stop thinking about the fact that I wasn’t needed in my country’s national team. But there is such a great saying, ‘a hockey player must have a short memory.’ I tried to forget about it as fast as possible and start working even harder. I wasn’t offended by the fact that I wasn’t called, but I felt perplexity.”

Now, Nikita has a new goal in front of him: the upcoming World Junior Championship. The preparation has already started. Not long ago he participated in the Black Sea Cup in Sochi, where the best 2000-born players from Russia were split into two teams. In three games, Rtishchev scored a goal and is eager to play in the next tournaments to get a ticket to the Czech Republic in December.

Last year was Rtishchev’s consecration. He started the season with the Krasnaya Armiya in the JHL but played there only once as Vladimir Chebaturkin wanted to see him playing at a higher level, in the VHL. Rtishchev passed the exam as two weeks after debuting with Zvezda he scored a hat-trick against Molot-Prikamie Perm and after such a sensation, he was called up to CSKA.

“I firstly participated in a CSKA game in September, but I didn’t hit the ice that time,” Rtishchev explains. “I had my debut a bit later, against Dynamo. In the third period, we were up by two, and Igor Nikitin said my name. Of course, I was worried, but after the first shift, I managed to have a good pass. Once I got back to the bench, the guys were congratulating with me, patting my back.” 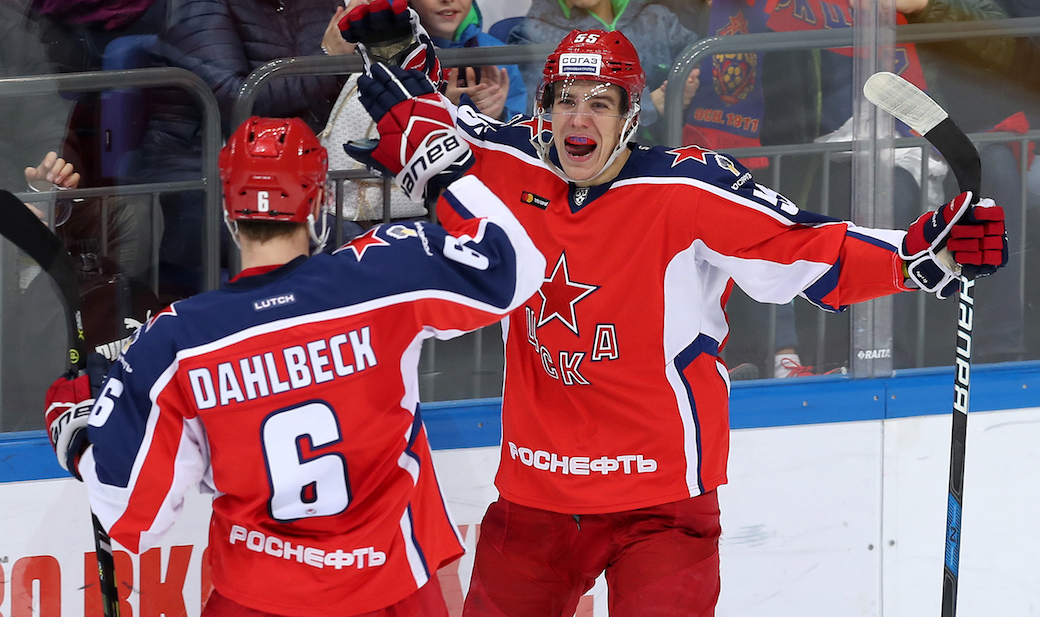 Midway through October, Rtishchev opened his account in the KHL. In the second period of the game against Amur, Nikita won the fight for the puck in the slot, and after a shot by Klas Dahlback, he put the puck in the back of the net.

“I have now a full collection of pucks of the first goal,” Rtishchev boasts. “At home, I have the pucks of the first goal in the JHL, VHL, and KHL. Scoring a goal in the top league of the country was incredible. But I will also never forget the Gagarin Cup finals, where the coaches trusted me to play three games. It would have been a fantastic experience just to sit on the bench during the crucial moments of the series, but playing was incredible.”

At his age of 19, Rtishchev has already conquered great heights, but he’s working hard not only in hockey. He’s currently studying at two universities at the same time. He’s attending the Russian State University of Physical Education and the Synergy University.

“I’m studying in absentia at the University of Physical Education, and remotely at the Synergy University,” Nikita explains. “I'm learning all the subtleties of the hotel and restaurant business there. I’m very interested in this topic. But of course, my first passion is hockey.” 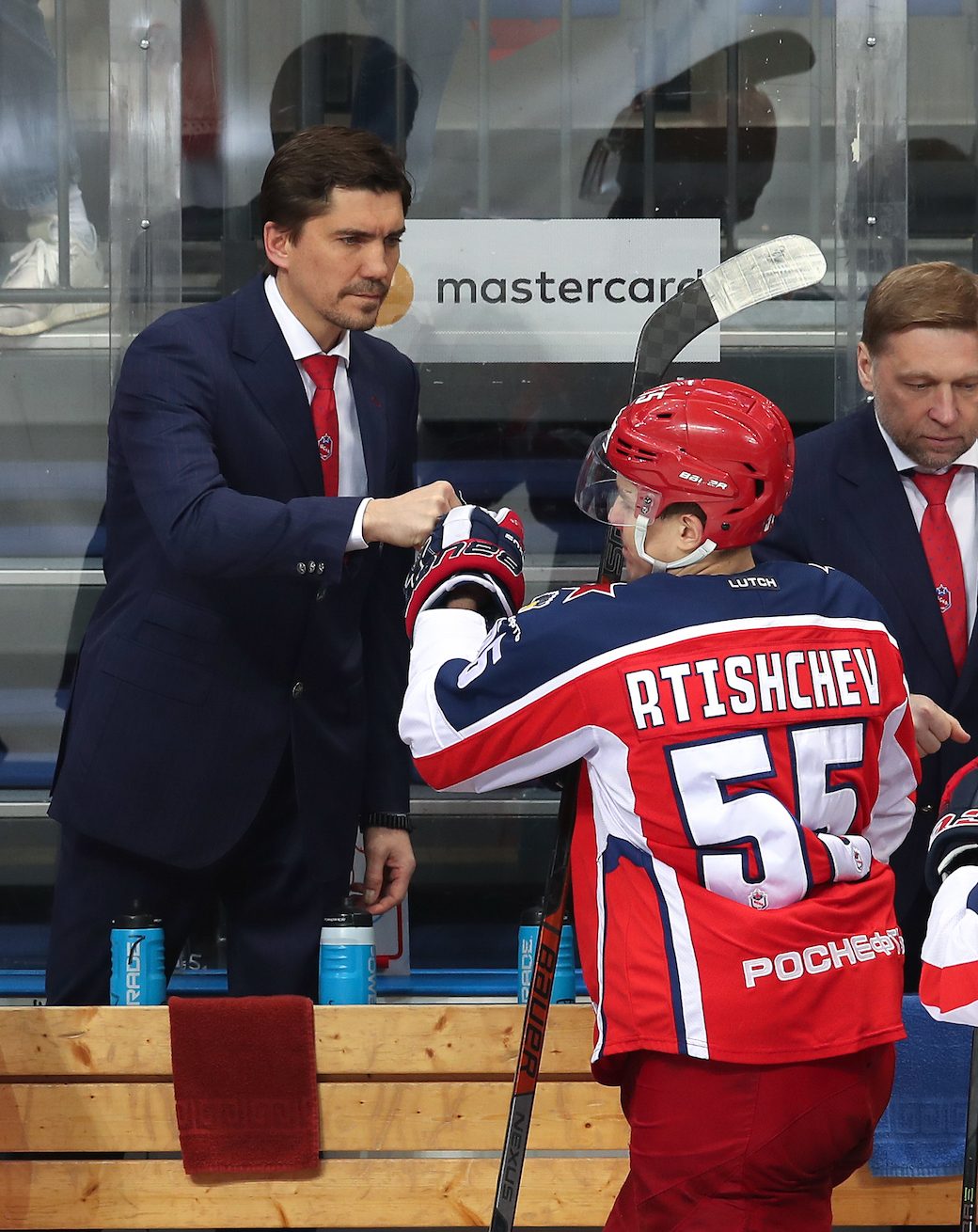