On May 30 the annual marketing and communication KHL seminar was held in Moscow for all the representatives of KHL, JHL, and WHL clubs. During the event, the League revealed 15 laureates for the best marketing, internet, and social projects, other than the best press offices and other. Moreover, the best photographer and journalist of the seasons were awarded. For the second year, the KHL awards the best among those who worked with media and fans.

Best sponsorship during the season

The project “Become a millionaire” organized by Ak Bars Kazan and Ak Bars Bank has gotten a lot of coverage in the non-hockey audience. However, also the “Brewed by the fans” project by Dinamo Minsk and Alivaria brand became very popular with the fans, improving their involvement with the club and the possibility of their contact with the product of the Partner (beer).

Severstal created the brave and exciting project, “The hockey stick that became famous all over Russia.” The League has also noted JHC Atlant and Siemens joint project “For their active works in servicing the club’s partners.”

Best advertising in partnership with a KHL club

The Severstal Family project is aimed at a family audience, with activities, a food court, concerts, communications with coaches and players, and a ceremony to present the team’s newly signed players before the season. The League also noted the joint project of Ak Bars and Yandex.Taxi, where Kazan players became taxi drivers for a day.

HC Sochi has a clear plan and strategy in place for its fans, serving them with all the needed services and an integrated approach to the work. The League has also awarded Avangard’s efforts for their work with fans.

SKA became an example for the rest of the league thanks to the broadest range of products for every taste and color, as well as for its top-notch branded shops.

Studying all the materials and analyzing their impact, the League decided to honor Ak Bars in this category for their excellent job in all marketing directions.

Best interaction between a KHL team and the media

The winner in this category was determined by a special jury consisting of federal and regional journalists who regularly worked at the games of the KHL championship in the 2018-19 season. The jury members rated each club in five categories: “Efficiency of requests processing,” “Compliance with regulations,” “Efficiency of materials appearance,” “Variety of materials,” and “Quality of the materials.”

11 KHL teams applied to compete in this category. Dinamo Minsk is doing a tremendous job in terms of promoting the team in the media, regularly publishing interviews and players and staff’s comments on different topics.

The 12-team shortlist featured, among the others, Ak Bars, Avangard, SKA, CSKA. Ak Bars is the best team on social media for the second straight season.

17 photographers applied for the award. The recipient was picked by a jury composed by the KHL photo agency’s director Vladimir Bezzubov, KHL’s photographer Yury Kuzmin, and some of the best-known photojournalists in Russia: Andrei Gonovalov, Alexander Safonov (Championat.com), and Grigory Sysoev (Russia Today).

To determine a winner in this category, the League organized a poll among the clubs and the journalists. Among five in the shortlist, the choice fallen on BUSINESS Online’s Artur Khairullin.

The KHL and League’s partner Canon organized for the second straight season the #LiveHockey contest. It lasted for the whole season and was open to any KHL-accredited photographer. The jury chose two pictures among 200. In the “Game” category, the best photographer was Alexander Mysyakin (Sport24) with his photo from the Moscow derby between Spartak and Dynamo. 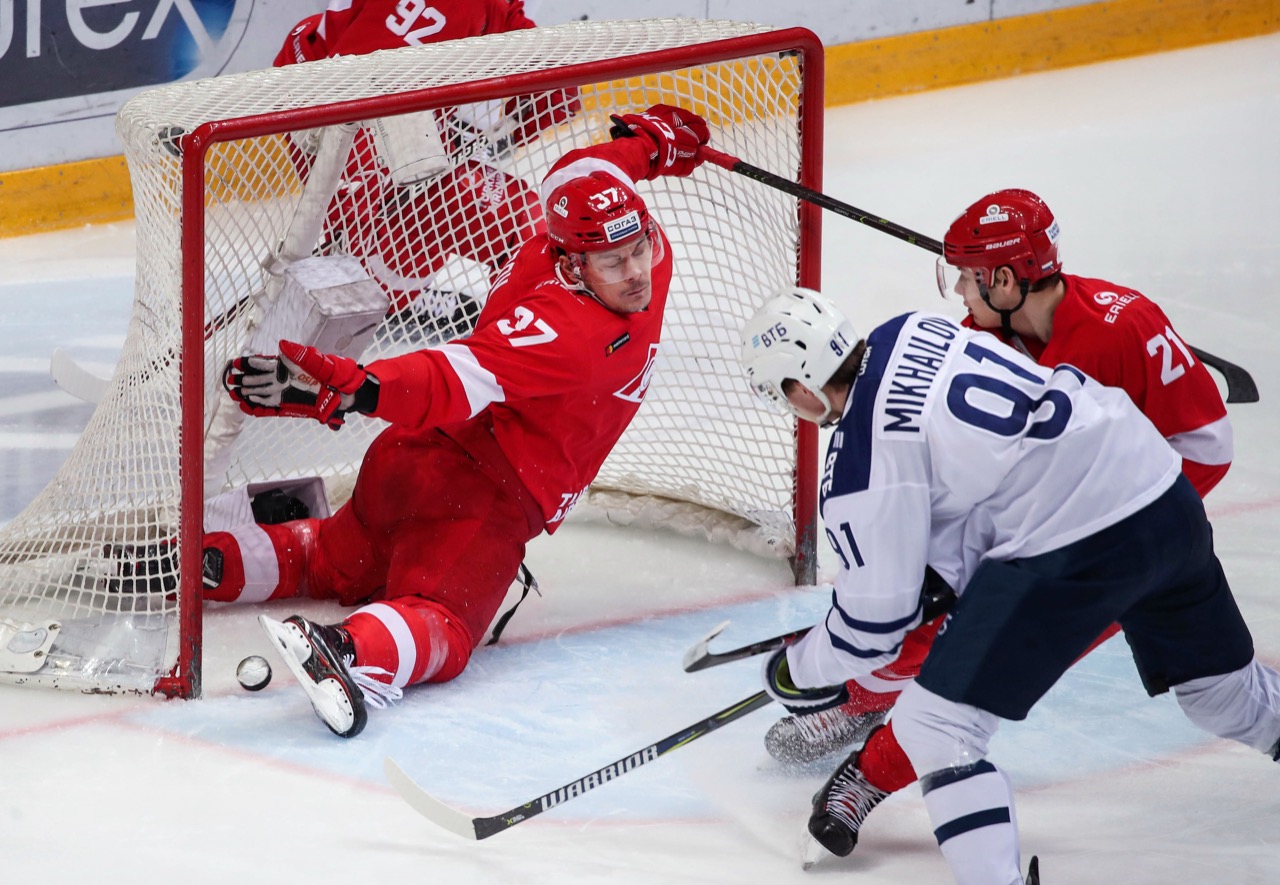