KHL President Dmitry Chernyshenko met with the directors of the KHL’s 25 member clubs on May 28.

The event in Moscow included a review of the sporting results of the season, the unveiling of the latest KHL club ratings and a discussion of issues around anti-doping and player health. In addition, there was also a conversation about working with the audience for KHL hockey, and news of a project to create a comprehensive archive of Russian hockey statistics dating back to 1946.

At least 62 games in the regular season

In the 2018/19 campaign, each team played 62 games in the regular season for the first time. In future there are no plans to reduce the number of games and next season’s schedule will be confirmed on July 4.

Last season saw 883 players take part in the KHL. Of those, 82 were rookies who had moved up from the Junior Hockey League. We saw more young players – 172 (19%) of last season’s cohort were aged 21 or under, compared with 139 in the previous campaign. Salaries for under-21s will not be affected by the hard salary cap which is due to be imposed in the KHL in 2020/21.

In terms of spectator numbers, last season was the KHL’s best in several areas:

In accordance with an agreement with the IIHF, there were 447 doping tests carried out in 2018/19. On May 16, the KHL received a letter from RUSADA which confirmed that between August 1, 2018 and April 30, 2019, no player had returned a positive result in a doping test in the KHL, Youth Hockey League or Women’s Hockey League.

For the second season in a row we have seen no violations of anti-doping rules in our competitions, which highlights the high level of doping controls at our clubs. At present we have a verbal agreement in place with the IIHF in respect of the coming season.

Next season brings the start of compulsory online training courses for players and medical staff. These have been developed with the assistance of RUSADA. On completion of the course, players and medics will be awarded a certificate, without which they will be unable to take part in the championship.

In association with Nielsen Sports, the KHL studied the hockey audience in Russia. The average KHL hockey fan has an active social. Apart from hockey, he or she is likely to attend concerts, festivals, movie theatres and restaurants (86%). A third of the fans coming to arenas are women. The average age of fans in the KHL is 35.4 years, 59% are married and 47% have at least one child.

The monthly income of 88% of fans is above the national average. An average trip to a game costs 2,337 rubles (around US$36), including a game ticket and food and drink in the arena. About 20% of fans purchased three or four items of official merchandise during the past 12 months, with an average spend of 5,700 rubles (US$88). The main sources of information about the KHL are television (65%) and the internet (52%).

The full results of the survey will be shared with the clubs on May 30 in the KHL’s annual seminar on marketing and communication.

The 2018/19 club ratings were presented. Over the course of the season, 11 clubs improved their position, 10 slipped down the charts and four were unchanged.

There were significant changes in the ‘TV Index’ scores, where a new methodology helped the KHL’s foreign clubs score better in this category. Jokerit and Dinamo Riga both showed significant improvements, with the Finnish team coming top of the overall rating and Dinamo climbing seven places.

Thanks to a growth in spectator numbers, nearly all clubs scored better in terms of the percentage of tickets sold in their arenas. The season also showed encouraging signs in terms of paying wages on time, reducing delays in payment and fewer clubs getting into debt.

Following the Board of Directors meeting in March, a working group was established to look at the implementation of a salary floor. The group comprised 21 KHL clubs and representatives of the Russian Hockey Federation. In total, 18 clubs were in favor of a cap, with three opposed. A full report will be presented to the Board of Directors in September.

Smart puck technology, backed up with chips in players’ jerseys, is set to be used in all KHL games in the coming season. The new tech was trialled in the All-Star Game in Kazan last season and was also used in regular season games in Helsinki. Every arena in the league will install sensors capable of collecting information from the chips 100 times a second. That information will be available to various users in real time, giving-up-to-the-second details of the players’ speed, the distance covered in each shift, the speed and location of each shot and much more. It will be a valuable addition to the work of our coaches as it is updated throughout the course of every game.

The KHL is offering its clubs a new innovation and will be the first league in the world to implement this technology across the board. All clubs will get access to a wide range of stats free of charge via the basic package – and the KHL will pay for all the set-up costs. The clubs themselves merely need to assist with the installation and then ensure that the smart pucks and chipped jerseys are available for use in each game. 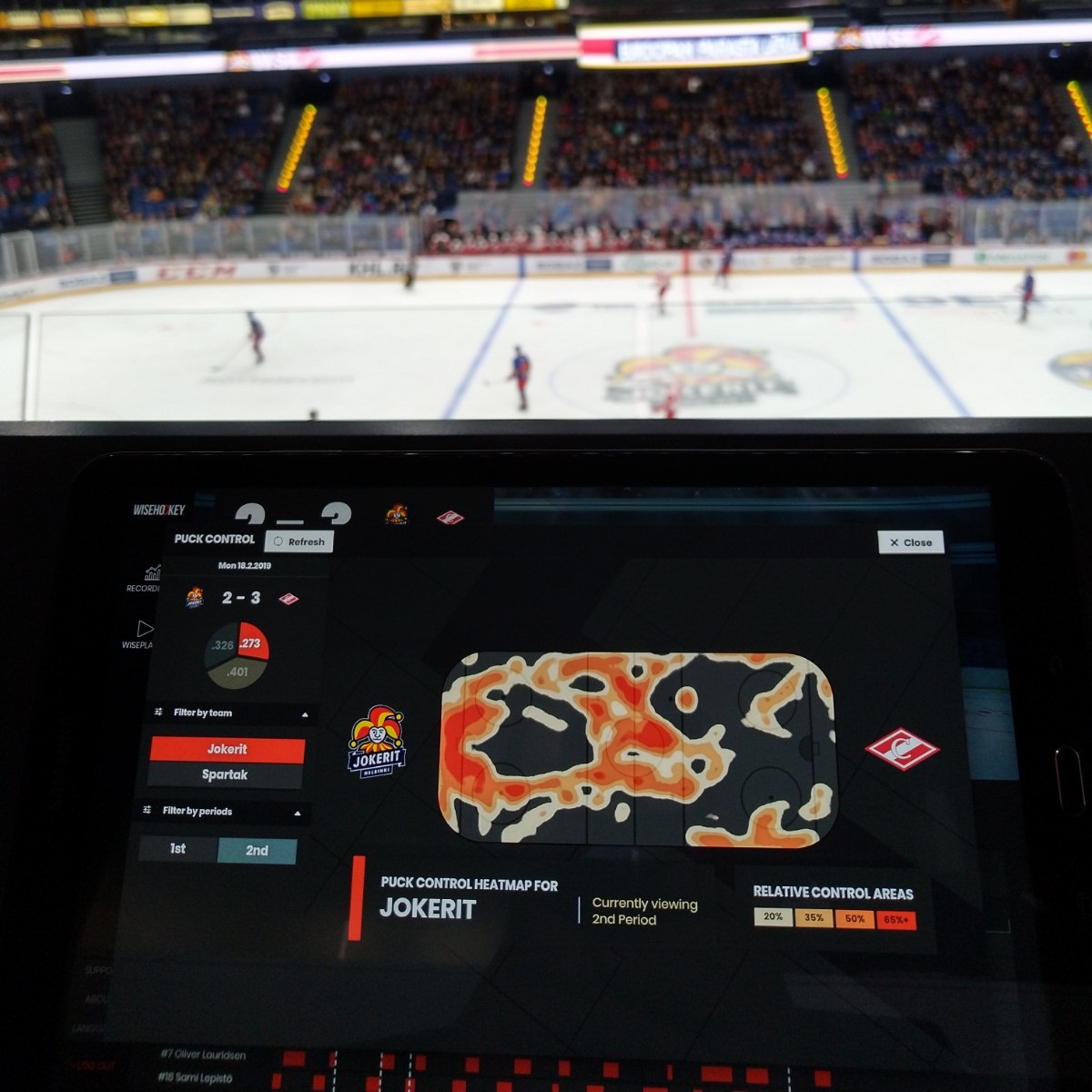 The KHL announced a project to create an official digital archive of all hockey games since the first Soviet championship was contested in 1946. The league hopes to create a reliable electronic record of club and player statistics throughout the history of Soviet, Russian and KHL hockey. The league will be very grateful for any assistance in this important project – let’s restore our history together!