A rout and a record

Russia wrapped up the 2018 Channel 1 Cup in style – thumping Finland 5-0 to win the trophy and playing in front of a record crowd of 71,000 in St. Petersburg.

Sunday’s showdown was played at Petersburg’s soccer arena. The last international fixture here was the third-place playoff in the FIFA World Cup back in July; today it made its hockey debut. The smaller playing surface meant that the capacity could be extended. At the World Cup, the stadium held 64,000 but today’s crowd was counted at 71,381. That’s an all-time record for a hockey game in Russia, beating the crowd that assembled at the then newly-built Luzhniki Stadium in Moscow to see the USSR take on Sweden in the 1957 IIHF World Championship. It’s also the fifth highest attendance worldwide, and in Europe it is second only to the 77,803 who saw Germany play the USA at Schalke 04’s stadium in Gelsenkirchen during the 2010 World Championship.

“I’d like to thank everyone who came along today to be part of a real hockey festival,” said Russia’s head coach Ilya Vorobyov. “It was a bit tricky at first but we took the game in hand and recorded a comfortable victory.

“I think everyone who took part in this game will remember it for the rest of their lives. It was a special feeling and everything, including the organization behind the scenes, was just fantastic.”

The crowd, protected from the threat of a snowstorm by the stadium’s retractable roof, saw an assured Russian victory. After a slow start, the home team clicked late in the first period and Kirill Kaprizov potted the opening goal. Kaprizov had been a doubt overnight after suffering an injury against the Czechs but the CSKA man demonstrated his fitness for battle by converting a Mikhail Grigorenko feed one minute before the intermission. 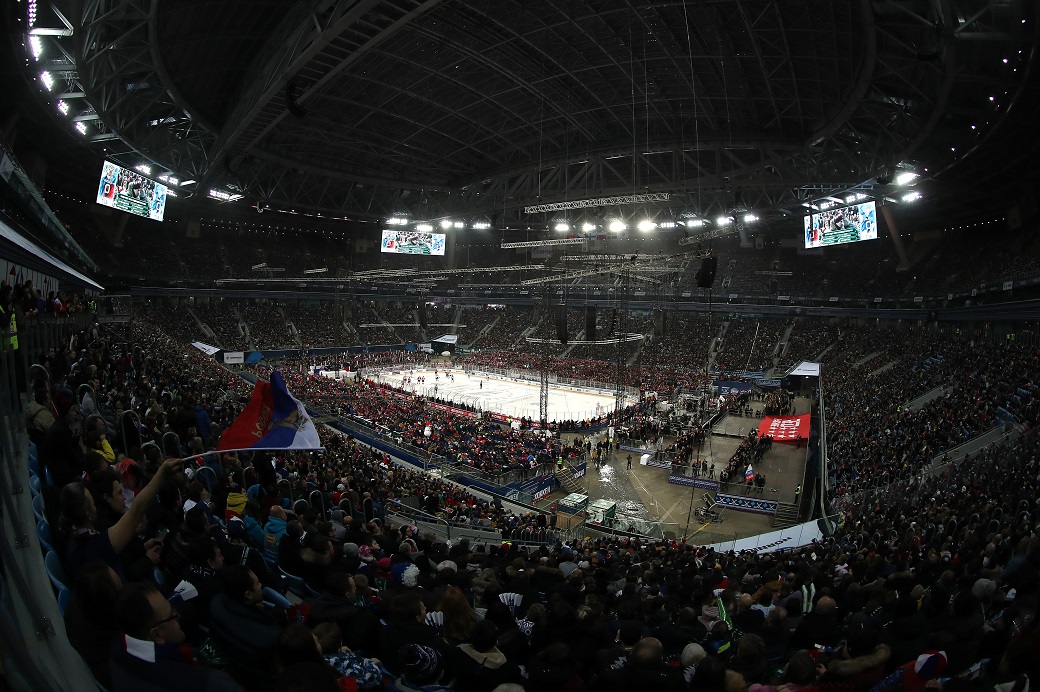 “Grigorenko gave me a real dish and before that [Alexander] Yelesin had a great shot,” he said. “I don’t know if you can call it a historic goal, the play was nothing out of the ordinary.

“Before the game some of the guys were a bit anxious, some weren’t. That’s nothing unusual. Sure, we didn’t start as well as we’d like but we got into as the game went on and overall we played well.”

The second period saw Russia’s blue liners to the fore. Power play goals from Vasily Tokranov and Nikita Nesterov took the score to 3-0 before Vladislav Gavrikov added a fourth in 5-on-5 play. That meant we had seen two goalscorers from CSKA and two from the host city’s SKA; the Muscovites claimed a 3-2 verdict in that Army Club clash when Grigorenko added a fifth in the third period. SKA’s Igor Shestyorkin, selected in place of Ilya Sorokin, made 22 saves for his shut-out. 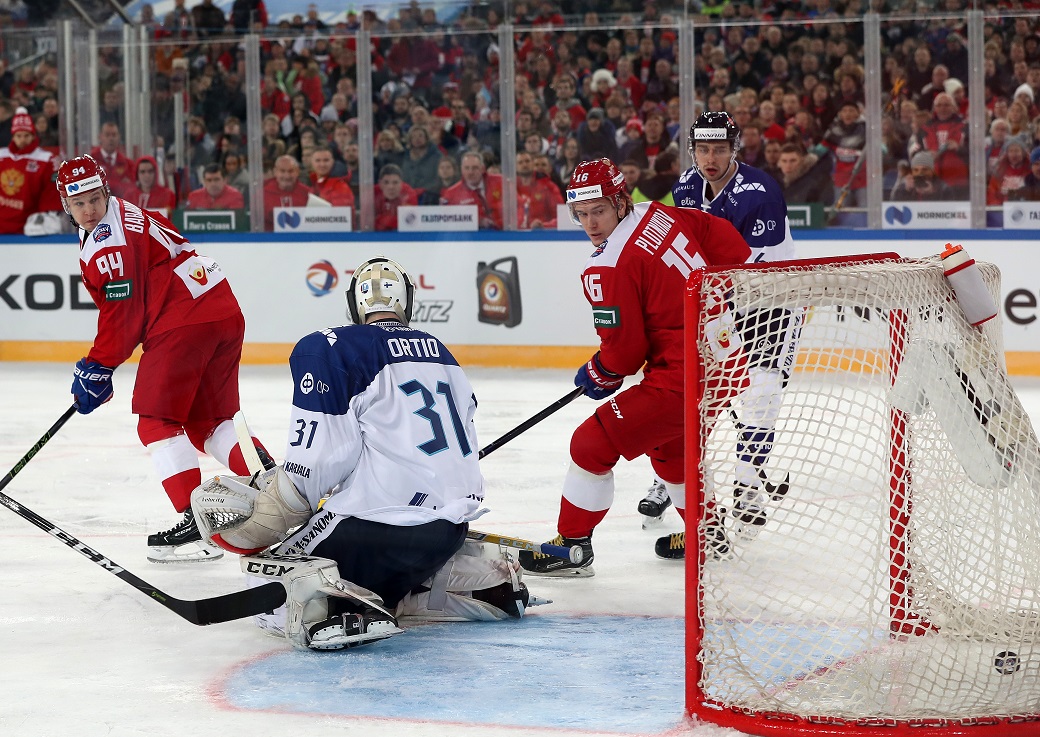 Many of these players will be back at the stadium on Saturday when SKA takes on CSKA in KHL action. For SKA forward Sergei Plotnikov, playing in front of this crowd is something to savor. “The feeling was incredible,” he said. “It’s one of the best games I’ve ever played in. I’d love to see even more games like this. The fans like it and the players are inspired to play for the crowd.

“The atmosphere was a bit different from usual. With so many people in the stands it felt like the ice was bigger. I didn’t even notice the roof! I don’t know if [the roof] made the ice better but we could skate easily on it.”

Sunday’s other game saw Sweden beat the Czech Republic 3-2. Twice in this tournament the Swedes led 2-0 only to lose; today the trend was reversed. Goals from Tomas Zohorna and Patrik Zdrahal gave the Czechs a two-goal advantage but Emil Larsson scored twice to tie it up and CSKA’s Klas Dahlback set up a late winner for Mikael Lindqvist.