Jokerit got defeated by Amur in an early game

Jokerit starts its East Conference trip with an early game in Khabarovsk!

Russia starts with a dramatic victory

The opening day of this year’s Channel 1 Cup brought plenty of drama as Europe’s top nations met once again. Both games went to shoot-outs and both featured fightback victories as Russia and the Czechs overcame Sweden and Finland respectively.

Russia got off to a winning start in the Channel 1 Cup – but it took a ‘Hollywood ending’ to stave off Sweden.

For two periods, the host nation huffed and puffed – forward Mikhail Grigorenko later admitted the team was a little nervous at times – and found itself 0-2 down after 40 minutes. Tom Nilsson got the opener in the fifth minute, assisted by Torpedo’s Philip Holm; Klas Dahlback of CSKA added another in the second period.

But Russia responded in the final frame, setting up that dramatic conclusion with two goals in a minute from Grigorenko and Vladislav Gavrikov. Overtime could not separate the teams but Grigorenko was the only player to score in the shoot-out as Russia collected the bonus point. 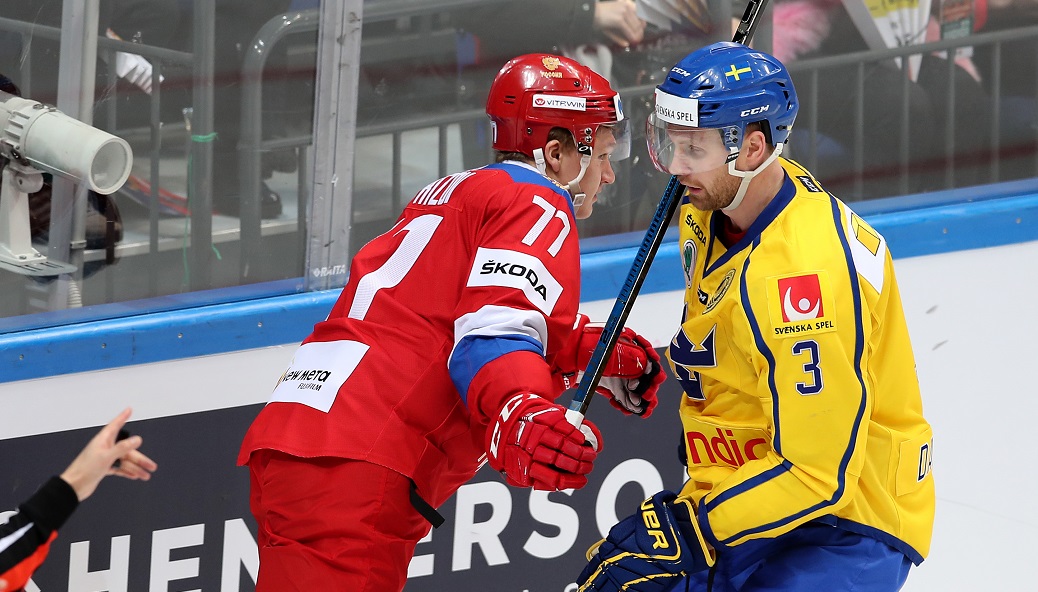 “The first period was more or less OK, the second was worse,” said head coach Ilya Vorobyov after the game. “In the third we made a heroic effort to get back into the game and luckily for us there was a Hollywood ending. That’s hockey; the Swedes scored two goals so we had to scrap it out.”

On a night dominated by CSKA players – for both nations – it was fitting that the Army Men’s Grigorenko was one of the key players in his club’s home arena. “We kept working, we understood that we were playing on home ice, that many of our friends were in the arena,” he said. “The fans kept behind us and we owed it to them to go out, fight hard and get back into the game.

“At the start we were a little off the pace, a bit nervous about making mistakes, losing individual battles. In the third period we put all that behind us and got our goals.”

Sweden’s goalie, Lars Johansson, was excited to play for his country in the same arena where he usually represents CSKA in the KHL. But he was frustrated by his team’s inability to close out the win.

“It was great to play on home ice against such a strong team,” he said. “It was a good game but unfortunately we lost in the shoot-out and that’s disappointing. It’s hard to say Russia deserved the win, even if they did have more chances to score. Even though we took a point from the game, we went into the third period leading 2-0 so it hurts to lose like that.”

His clubmate Ilya Sorokin, meanwhile, lined up against him between the piping for Russia and made two crucial saves in overtime and went on to stop every Swedish effort in the shoot-out. “Today was a good comeback win and that’s important for our team’s character,” he said after the game. “We managed to turn around a situation that wasn’t the best after two periods. When we came out for the third it was like a new game and we started to show what we could do.” 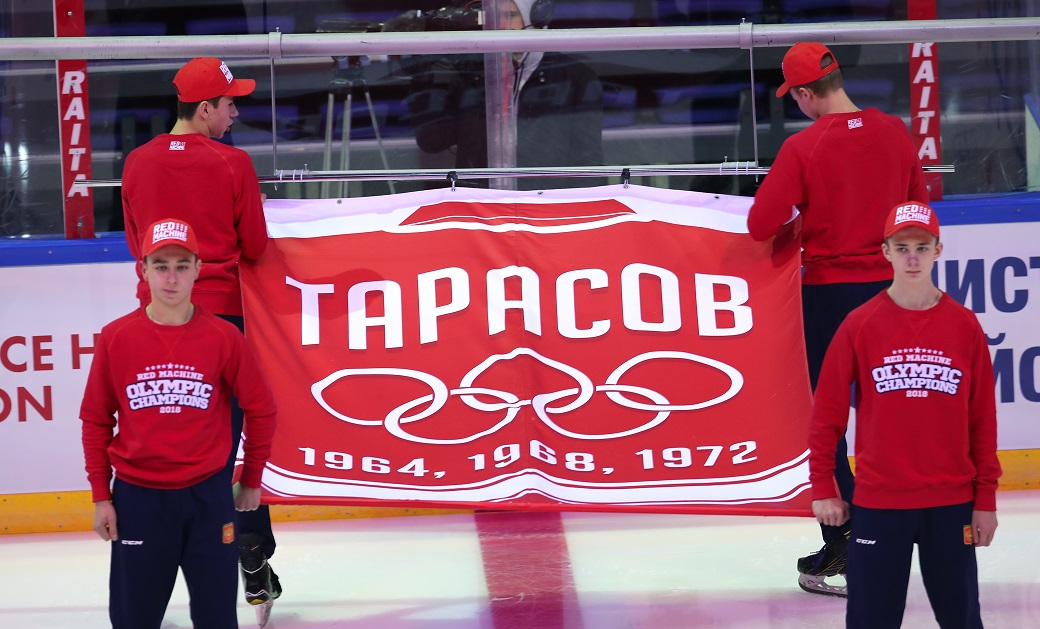 Thursday’s other Channel 1 Cup game was no less exciting. Finland romped into a 3-0 lead at home to the Czech Republic but ended up losing in a shoot-out in Helsinki. KHL contributors included Finnish goalscorer Juuso Puustinen of Neftekhimik. Michal Bulir of Metallurg got the first Czech goal, former Kunlun Red Star defenseman scored the tying marker and Jiri Sekac (Ak Bars) had two assists before Dominik Kubalik scored the decisive effort in the shoot-out.