One month after the games in Vienna, Zurich is ready to host the second chapter of the KHL World Games. For the first game, Dinamo Riga will take on SKA St. Petersburg at the Hallenstadion.

This event does not represent the first time the KHL gets to Switzerland to play regular-season games, as, in 2010 December, SKA and Spartak battled at the picturesque Valliant Arena in Davos. The KHL will move some 150 km to the north-west to get to Zurich this time. The 11,000+ arena will host two games as Dinamo Riga will challenge SKA on Monday, and CSKA on Wednesday.

Redlihs the Evil Genius and Playoffs Legends. Dinamo vs CSKA and SKA

“There will be significant interest in the KHL World Games, that’s without a doubt,” prominent Russian coach Vyacheslav Bykov told KHL.r last week. “In Switzerland, people talk about the KHL for many years. The Swiss love hockey and try to stay up to date. Fans will be very interested in watching teams from the KHL.”

Just like Slovan in Austria, Dinamo Riga will have a monumental task in front of itself, considering SKA and CSKA’s roster and form of late. However, sometimes the underdogs win, and Dinamo Riga defeated the two big teams more than once, and even memorably so in the Gagarin Cup playoffs.

After a couple of bad seasons, Dinamo Riga has a much better 2018-19 campaign. The team led by Girts Ankipans – a former forward who played more than 200 games in the KHL for Dinamo himself – is currently the seventh seed in the Western Conference, with good chances to reach the post-season for the first time since 2014.

Dinamo Riga won three of its latest five games, getting a good morale boost from the big-time 3:0 win over Avangard Omsk of Friday. One of the players who are usually hot against the Army clubs, Mikelis Redlihs, is the top-scorer of the team in this short stint, with four points. Top scorer Linus Videll and Matt Maione cooled down a bit, yet they remain two formidable weapons in the Riga’s arsenal.

SKA is currently trailing CSKA Moscow by five points for the top spot in the Western Conference standings. Before losing to their Moscow rivals on Saturday, they won five straight matches, as they lost again to CSKA on November 5, again with a 3:1 score. In the latest five games, top-line center Nikolai Prokhorkin was red hot, scoring eight points, equally split between goals and assists.

Dinamo and SKA already faced this season, on October 26, in front of a packed Arena Riga. Unfortunately for the home crowd, Vladislav Gavrikov and Patrik Hersley scored to reply to Linus Videll’s goal in the early second period. The most recent Dinamo Riga’s win over St. Petersburg happened in 2016, with Mikelis Redlihs – would you have imagined? – scoring the game-winner for Riga with a third-period power-play goal.

Riga’s one-two punch Linus Videll and Matt Maione may have cooled down of late, but they remain two formidable players and SKA will need to focus on them to stop the opposition. However, lately, other players gained good shape, giving Dinamo more ammunition. Latvian nationals Lauris Darzins and Mikelis Redlihs are playing well forward, scoring important goals for the team. Artyom Alyayev also gained shape of late, while on goal Timur Bilyalov is outplaying Kristers Gudlevskis in the latest encounters.

For SKA, usual suspects Nikolai Prokhorkin and Nikita Gusev and regularly getting on the scoresheet, and Gusev is currently the second top scorer in the League. Forward Maxim Karpov has a hot streak, and their line will be a very tough challenge for Dinamo’s defense. Magnus Hellberg and Igor Shestyorkin are two equally-good options in the crease, and they are both expected to remarkably guard the net – no matter the opposition.

“In the KHL, the game is faster, and in Switzerland, we don’t have so many chances to see that. Of course, we have seen Russian teams at the Spengler Cup, but it’s a different story when it’s a league game,” – recently former Atlant Mytischi goalie, Swiss Martin Gerber told KHL.ru. Hopefully, the crowd in Zurich will be able to see not only high-quality hockey but also a more balanced game than what it was in Vienna. The first faceoff is scheduled at 7:30 PM (local time) at the Hallenstadion. Let the fun begin! 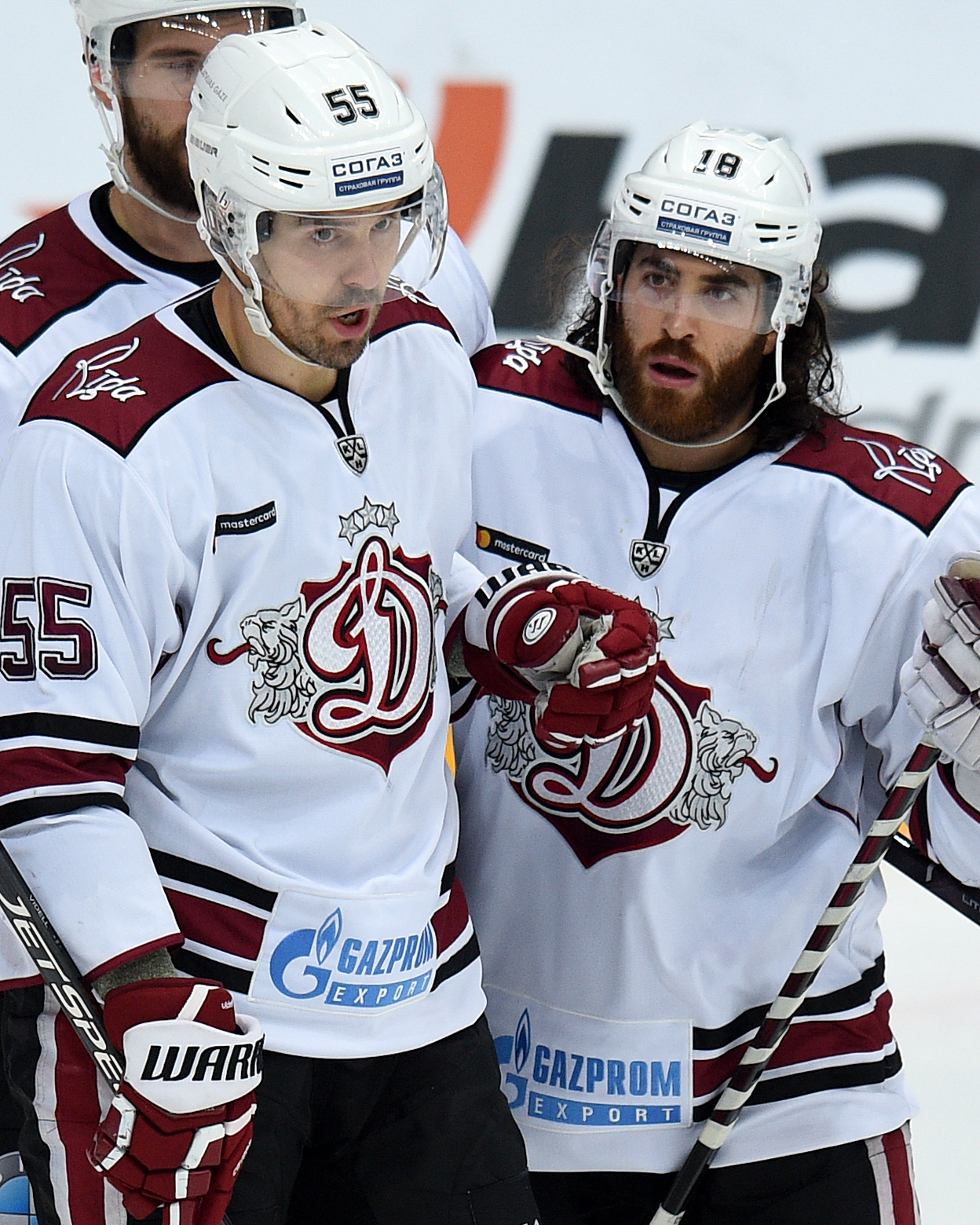