Bykov, Khomutov, Petrov, and other Russian stars in Switzerland

Next Monday, for the first time the KHL will play regular-season games in Zurich, Switzerland. On October 26, Dinamo Riga and SKA will clash at the Hallenstadion. Two days later, the Latvians will take on CSKA at the same venue. KHL.ru tells you about the Russian players who engraved their names into Swiss hockey’s history.

There is no doubt that the top Russian hockey stars in Switzerland are the legend forwards Vyacheslav Bykov and Andrei Khomutov, who are among the top thirty scorers in the National League’s history. Bykov and Khomutov joined Gotteron in 1990 as Olympic Champions and multiple World Championship winners.

Their career in a new world started in a truly excellent way for the players: in the first three seasons, Bykov was the league’s top scorer and was regularly included – alongside with Khomutov – in the post-season All-Star team. The Russian stars showed an incredibly high level of play and managed to keep it for multiple seasons. However, even if Gotteron managed to get three times to the finals, they never managed to win the title. Their numbers in the National League are impressive: Bykov scored 651 (242+409) points in 332 games, while Khomutov had a not less impressive 613 (273+340) in 315 games.

In 1998, the two legends parted ways: Bykov moved to Lausanne, while Khomutov hung up his skates. However, at the start of the 2000s, both started their coaching career in Switzerland. 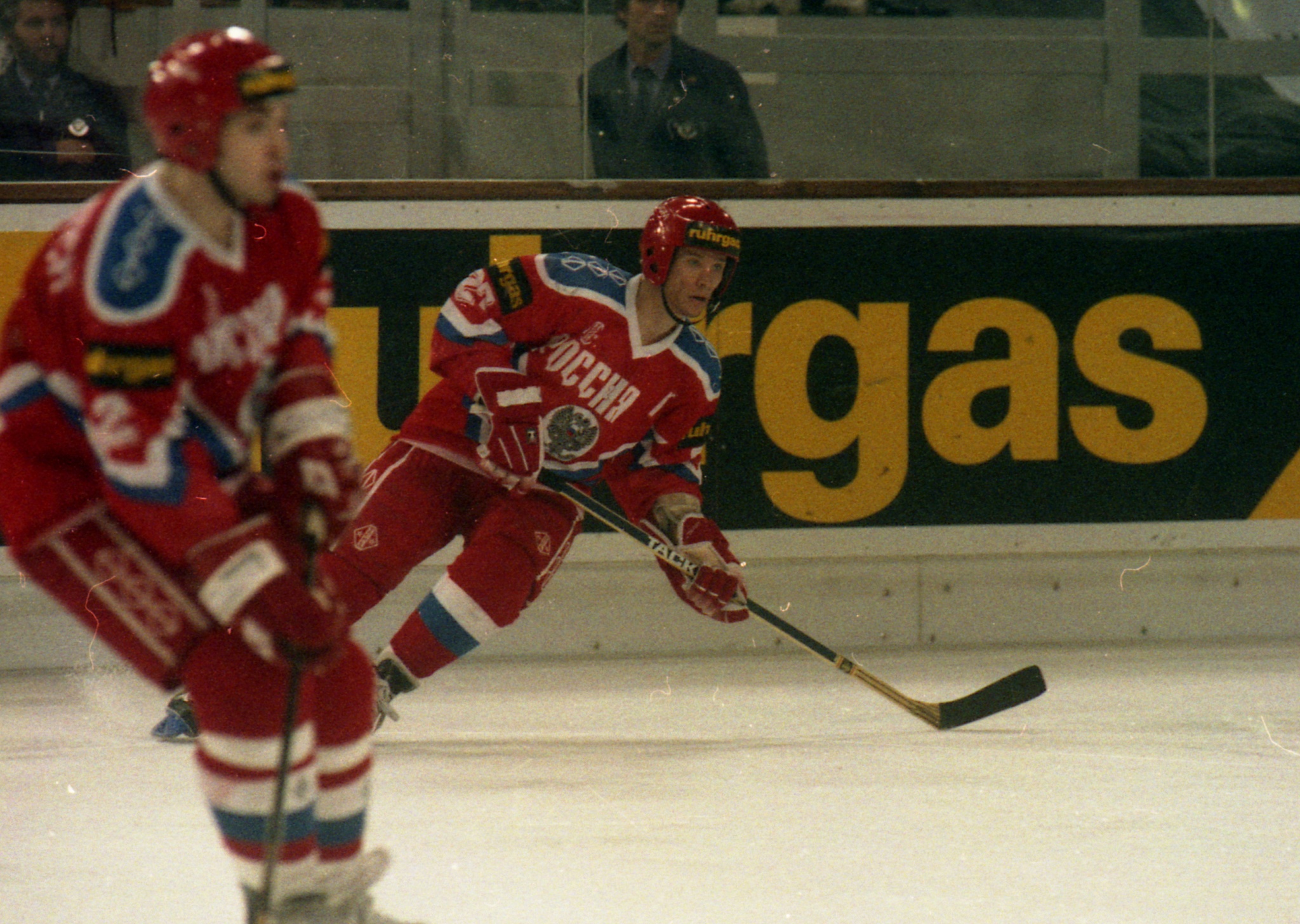 Forward Oleg Petrov moved to Switzerland in 1996, joining the small-town club Ambri-Piotta. He moved to the National League directly from the NHL, from the Montreal Canadiens, to be more specific. Petrov had an excellent first season but then moved on to play in Italy. In the 1997/1998 season, he established a historical record for the National League: 93 (30+63) points in 40 regular-season games. The holder of the previous record was the Canadian forward Jean-Francois Sauve with 90 points in the 1986/1987 season. In the XXI century, the best result was 72 points (Eric Westrum in 2007/2008, oddly enough again with Ambri-Piotta).

One year later, Petrov got back to the NHL for a four-year stint, then got back once again to Switzerland, playing for Geneva and Zug. The forward played his last years in Russia, and in 2008-09 he won the Gagarin Cup with Ak Bars Kazan. 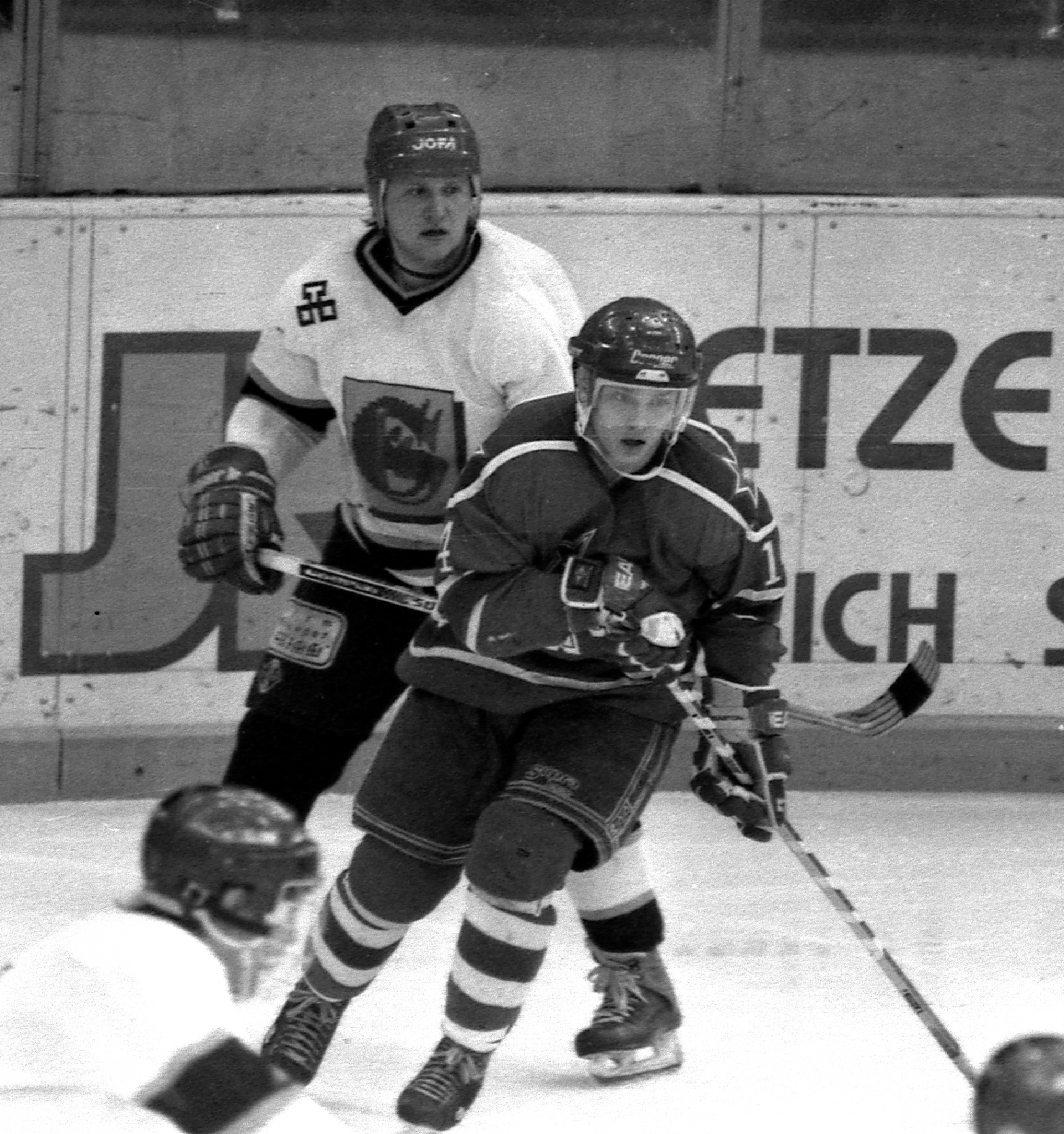 Another very popular Russian player with Swiss fans was the Kirovo-Chepetsk-born Igor Fedulov, who played 12 years in the National League, scoring 408 (150+258) points in 520 games. Today, he coaches youth in Geneva. However, the list of prominent Russian players isn’t over yet.

Current Lokomotiv’s head coach – Dmitry Kvartalnov – played in Switzerland, and so did Vladimir Krutov and his son Alexei. By the way, other sons of Russian players kept playing there. Andrei Bykov, the son of Vyacheslav, played in the Swiss national teams of different categories and is now playing for the same side as his father – HC Fribourg-Gotteron. One of the most prominent young Swiss forwards is Denis Malgin, the son of Albert – who moved to Switzerland in 1993-94. Yegor Mikhailov, the son of the Russian hockey legend Boris, lined up last for EHC Visp. 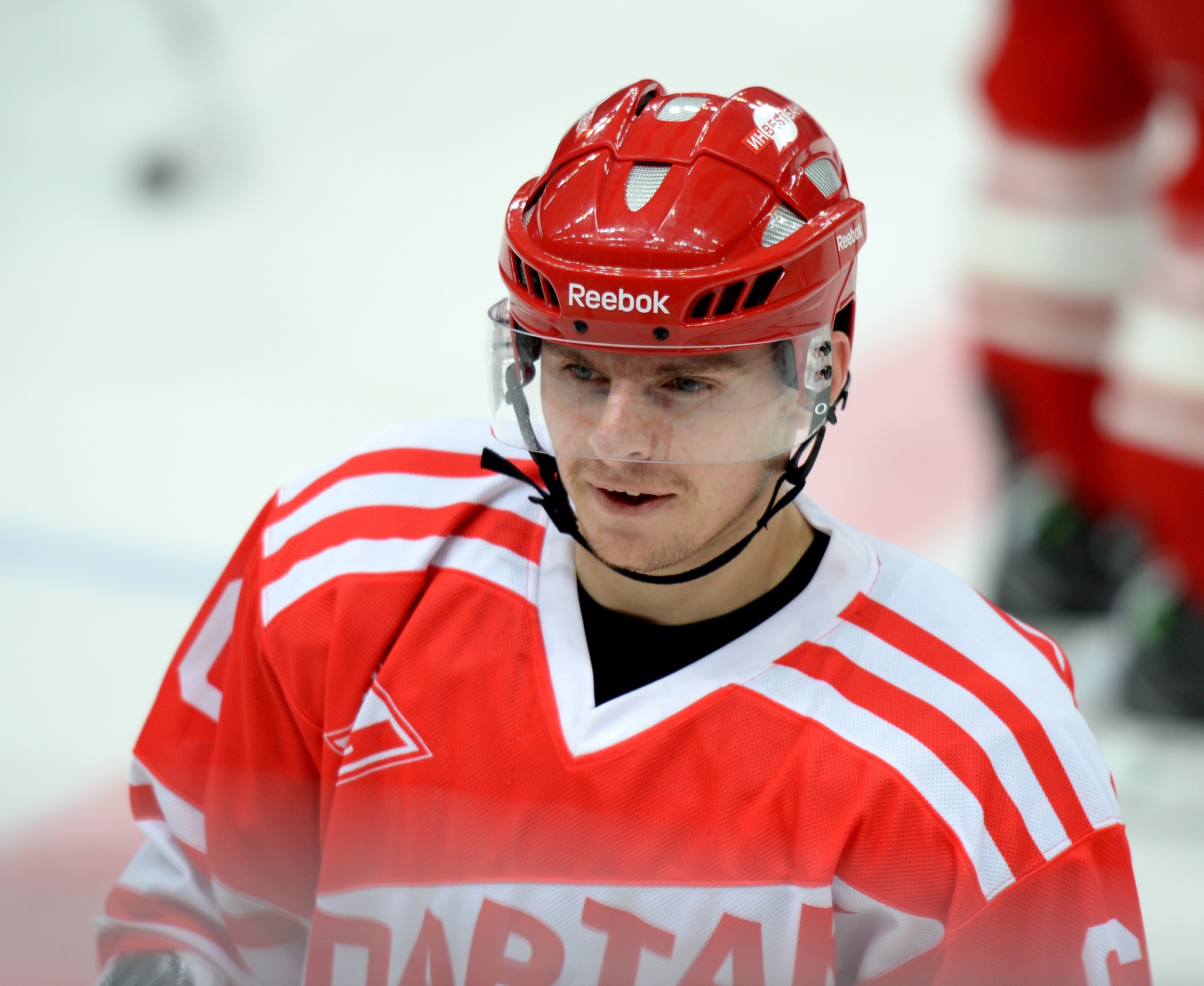 It won’t be a stretch to say that Soviet and Russian players gave a significant contribution to the development of Swiss hockey. And now, in one of the biggest cities in the country, the KHL will debut.