“We have a chance to beat CSKA and SKA”. Gelinas about the KHL WG in Vienna

Canadian defenseman Eric Gelinas arrived at Slovan Bratislava in the summer. Within a few months he’s established himself as a leader on his new team, playing a big role as the Eagles recovered from a bad start to climb towards the playoff zone. Now, he’s looking forward to this weekend’s trip to Vienna for the first ever KHL World Games.

Slovan heads to the Austrian capital for games against CSKA and SKA on Friday and Sunday. The team is currently ninth in the Western Conference, just one point outside the playoff places and hard on the heels of Dinamo Riga and Vityaz. A recent five-game winning streak enabled the Slovaks to shrug off a slow start, but the last two outings brought disappointing losses against Spartak and HC Sochi.

“We didn’t play so well in both these games; we went to sleep a little bit and got away from our game plan. Of course, that winning streak was really important, but we have to remember to play our best hockey against our Western Conference rivals. These games are more important than against teams from Eastern conference. We need to take it seriously. At the beginning of the season we put ourselves in a big hole, and that run of wins was like seeing a daylight. When this team sticks together, we can succeed,” Gelinas said. 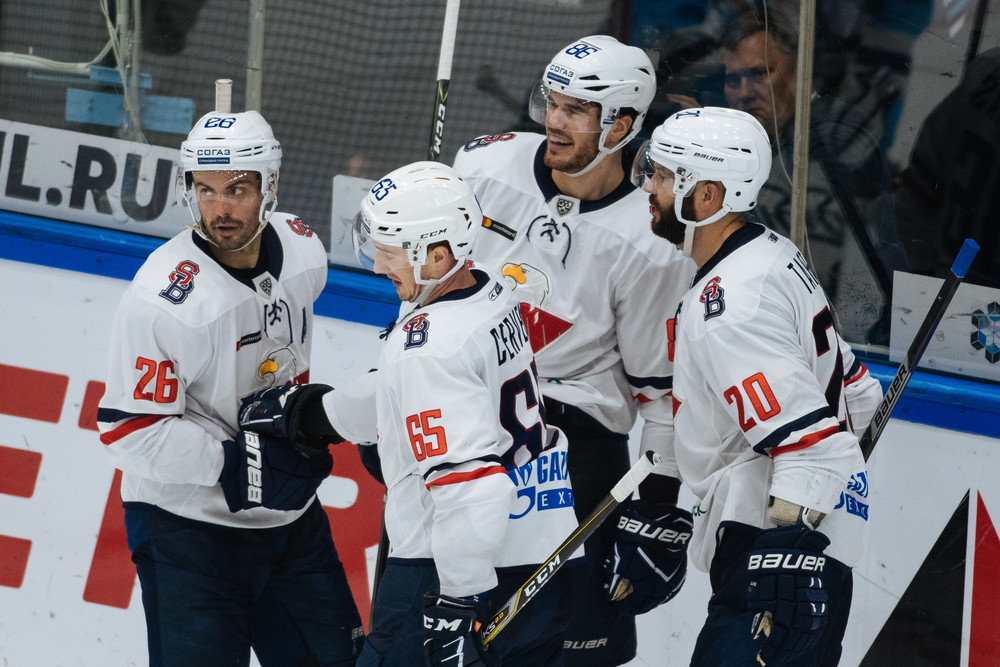 We can’t wait for this weekend

On October 26 and 28 Slovan makes a short trip up the Danube from Bratislava to Vienna to play the inaugural KHL World Games against CSKA and SKA. Austria becomes the 14th country on the KHL map: in addition to our clubs in Russia, Latvia, Belarus, Finland, Slovakia, Kazakhstan and China, the league has also included teams from Ukraine, Croatia and the Czech Republic as well as staging regular-season games in Lithuania, Estonia and Switzerland.

“We’re really excited about this opportunity. I was in Vienna few weeks ago on our day off, it’s a beautiful city. Slovan will play two really good teams so it should be exciting too. It’s a great challenge for us, we really can’t wait for this weekend,” Gelinas added.

“CSKA and SKA are two of the top teams in the KHL every year. Maybe we don’t have the same skill set, but we work hard so we have a chance to win. We just need to play our game, play smart; sometimes those skilled guys don’t like to play hard. Our special teams will be important on both nights and so far we’ve been good on those.” 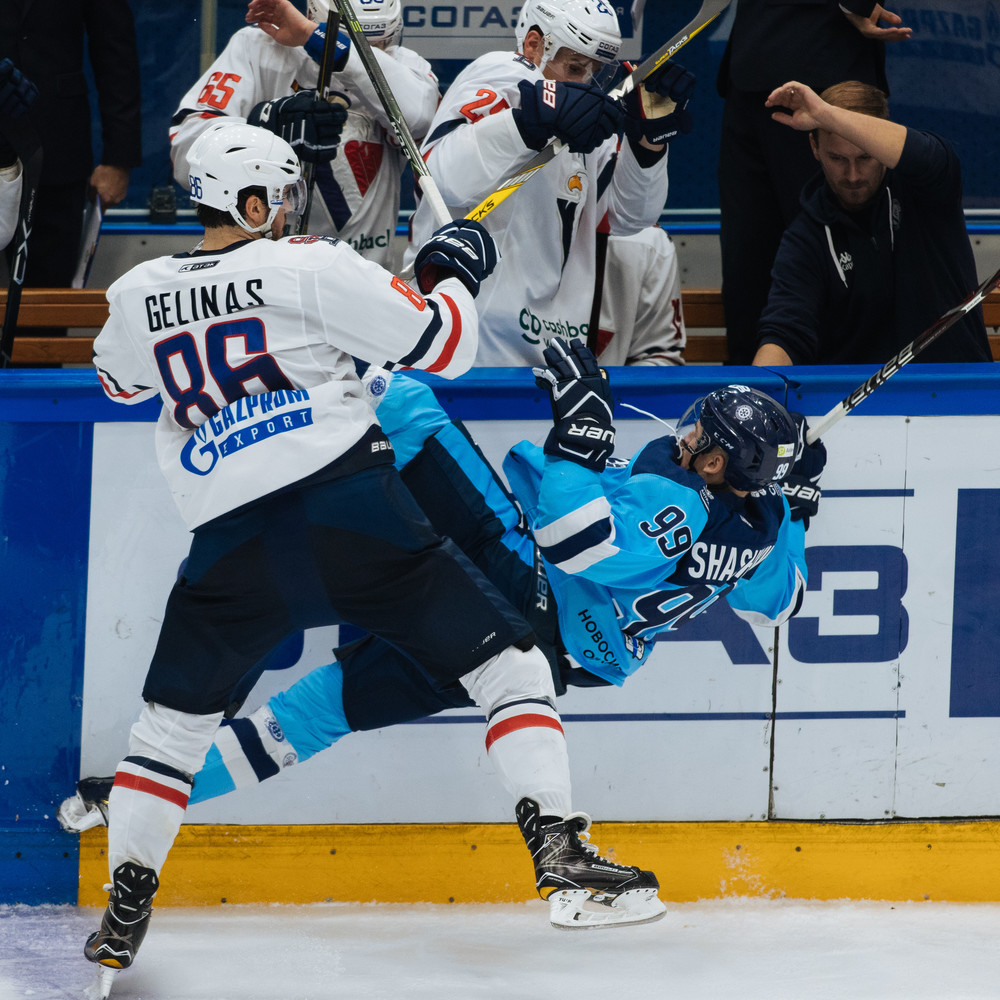 It’s different hockey, but it’s really fun to play it

This is the first season Gelinas has spent outside of North America. The Ontario native has 189 NHL appearances and spent last season with Laval Rocket, the AHL affiliate of the Montreal Canadiens. In the summer he opted for a new environment and signed up at Slovan. Since then, the 27-year-old defenseman has 10 (3+7) points in 22 games.

“In the AHL there’s a veteran rule. You can only have five older guys in your team, so it makes it difficult to make a team. I didn’t see an opportunity to get back to the NHL this year and I feel that more and more guys who play KHL get a chance to try themselves in the NHL,” Gelinas said. “The KHL is the second-best league in the world, it’s given me a great chance. I have a lot of minutes, a great role on my team. This opportunity came at the right time for me: I don’t think it’s any kind of step back. It’s just a new challenge.”

Those challenges affect every player who comes across the Atlantic – a different style of hockey, bigger surface, language barriers and more. Gelinas is no exception, but he adapted fast. Just six weeks into the season, he won the KHL’s weekly award for top defenseman.

“Of course, I needed to adapt to a pretty big ice surface but I’m confident right now,” he said. “It’s different hockey, but it’s really fun to play it. That week was pretty good for me and the team, so the award is really thanks to the team.

“Also, I should say that without guys like Jeff Taffe it would be much harder for me to adjust in the KHL. Guys like him helped me, moved me forward in the right direction. I was thinking about coming to the KHL last year and I finally made it this summer.” 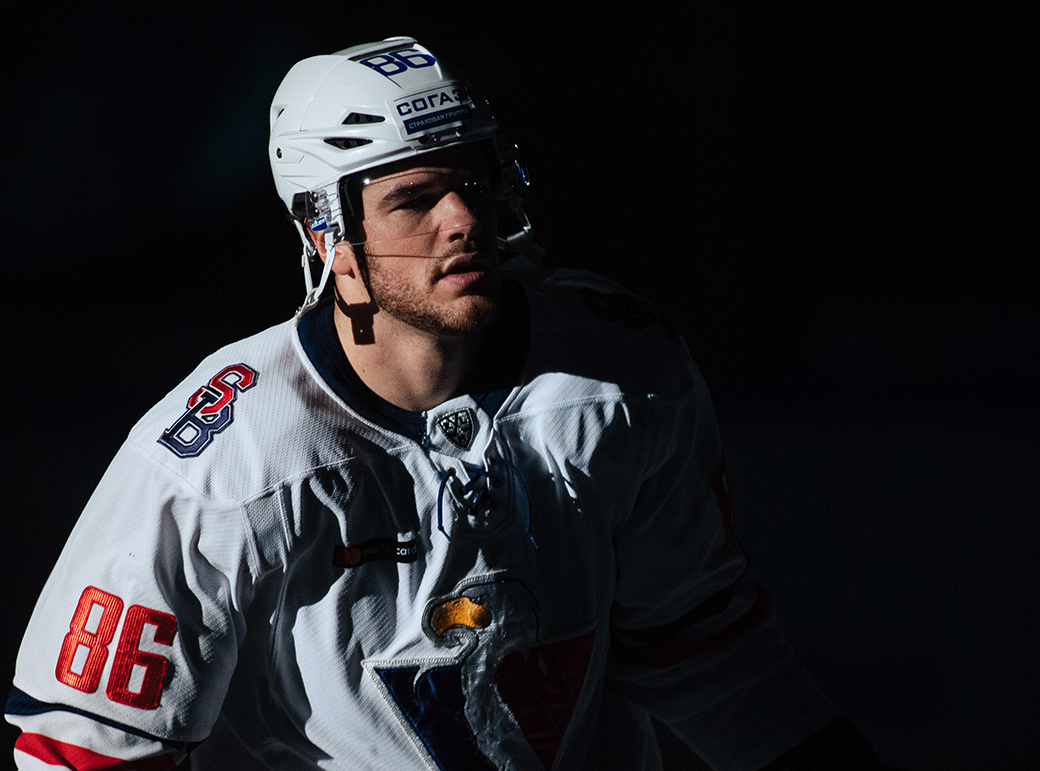