From Davos to Bobruisk. What other cities hosted KHL games?

Just one week to go before one of the main projects in this season: the KHL World Games. The first game will be played in Vienna, where Slovan will face CSKA Moscow. However, in the 10-year League’s history, different teams played games in other cities. Where? And why? KHL.ru tells you about it.

Games in other countries aren’t exactly a novelty for the KHL teams. In the 11 years, the League’s teams played, other than in Russia, Belarus, Latvia, Kazakhstan, China, Finland, Slovakia (the current KHL countries), also in Ukraine, Czech Republic, Croatia, Lithuania, Estonia, and Switzerland. There were some cases where teams moved their home games at the opposition’s venue, while a part of the Donbass – Lev playoff series was moved to Bratislava for non-hockey reasons. And soon we’ll have the 14th country on the League’s map: Austria. On October 26 and 28, Slovan will face CSKA and SKA. Here is where KHL teams played international games.

Not many people remember that the KHL had his first showing in Finland long before Jokerit got to the League. The first games in the land of a thousand lakes were played when the KHL was just two months old. The Hartwall Arena was busy at the time, thus the games were played in the suburbs, in Espoo, where Dinamo Riga hosted Ak Bars Kazan and Lada Togliatti. The Finland trip was a nightmare for the team led by Julius Supler, as Dinamo lost both games with a 2-9 total score. It’s interesting to note, however, that Sergei Andronov and Evgeny Ketov scored a double for Lada, and soon they will discover a new country for the League.

One year later, the KHL visited the Lithuania capital city. In those years, the possibility of adding teams in the Baltic countries was broadly discussed, and this game could have been a great introduction. And it was indeed a great game. SKA managed to rally multiple times, including with a goal at just one second to the final horn. Today’s Avangard president, Maxim Sushinsky, scored the game-winning shoot-out for SKA. Two players from that game will also play in Austria: Vasily Tokranov, and Evgeny Ketov, both playing for Ak Bars at the time. 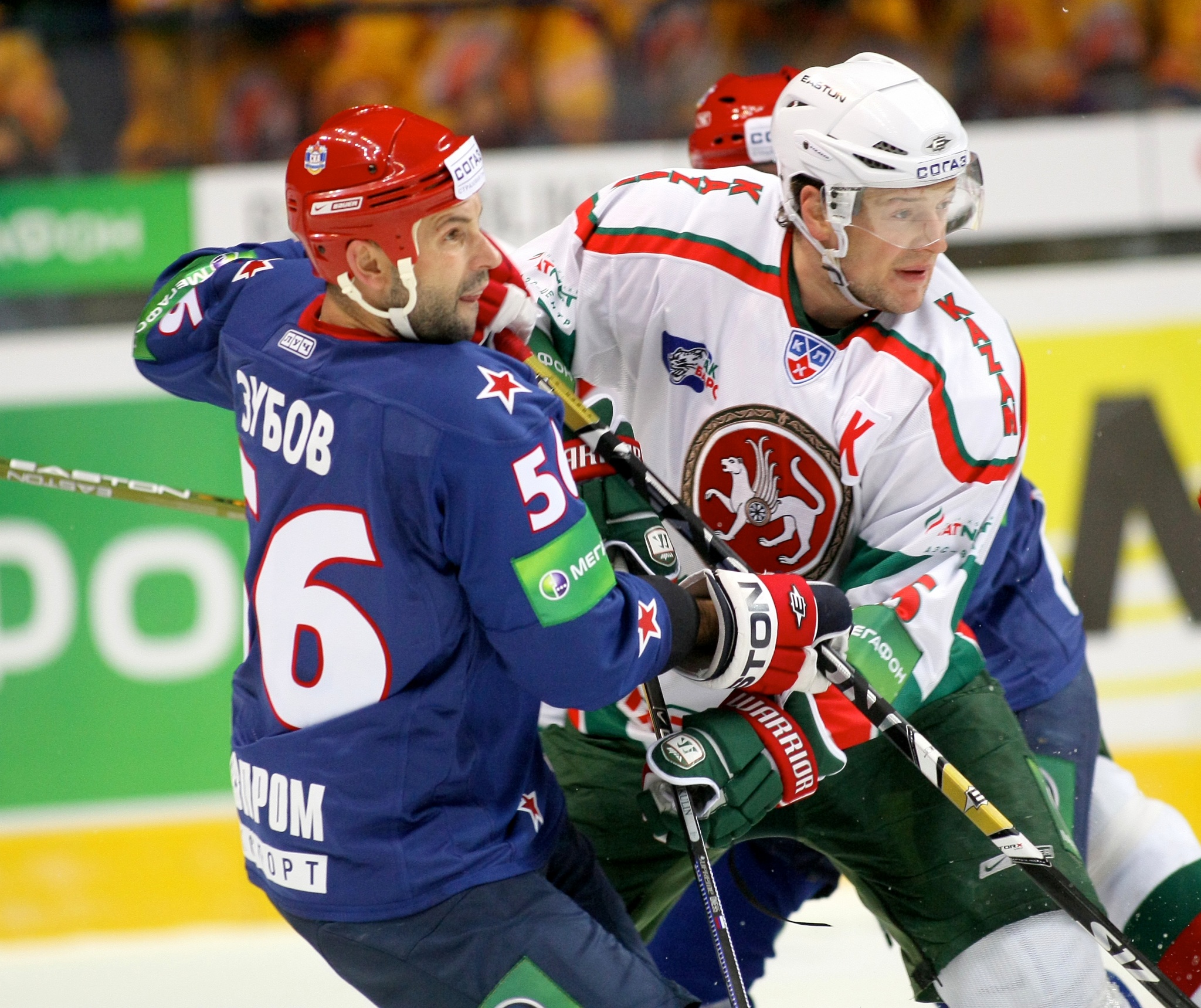 In the 2010-11 season, both SKA and Spartak took part in the traditional Spengler Cup, and they had a regular-season game scheduled for a few days from the start of the tournament itself. Why not play that game in Davos already? Both teams had enough fans attending the game in the Swiss town, who enjoyed the mix of hockey and relax in an excellent place for leisure activities. Regarding the team, SKA soundly defeated Spartak, scoring five times on Dominik Hasek, then won the Spengler Cup itself. The St. Petersburg crease was backstopped by Jakub Stepanek, who has an excellent chance to play in Vienna for Slovan.

The Arena in Bobruisk – a town at some 150 km from Minsk – had often seen KHL action when the Minsk-Arena was busy with other events. The most frequent visiting team is Dynamo Moscow, who even played in Bobruisk two playoff games. Of course, Dinamo Minsk games have been greeted with incredible enthusiasm with fans pouring in even from abroad to sell out the modern arena built next to the ruins of the Bobruisk Fortress. And another interesting detail. Guess who played in Bobruisk? Exact, Evgeny Ketov, lining up for Severstal. 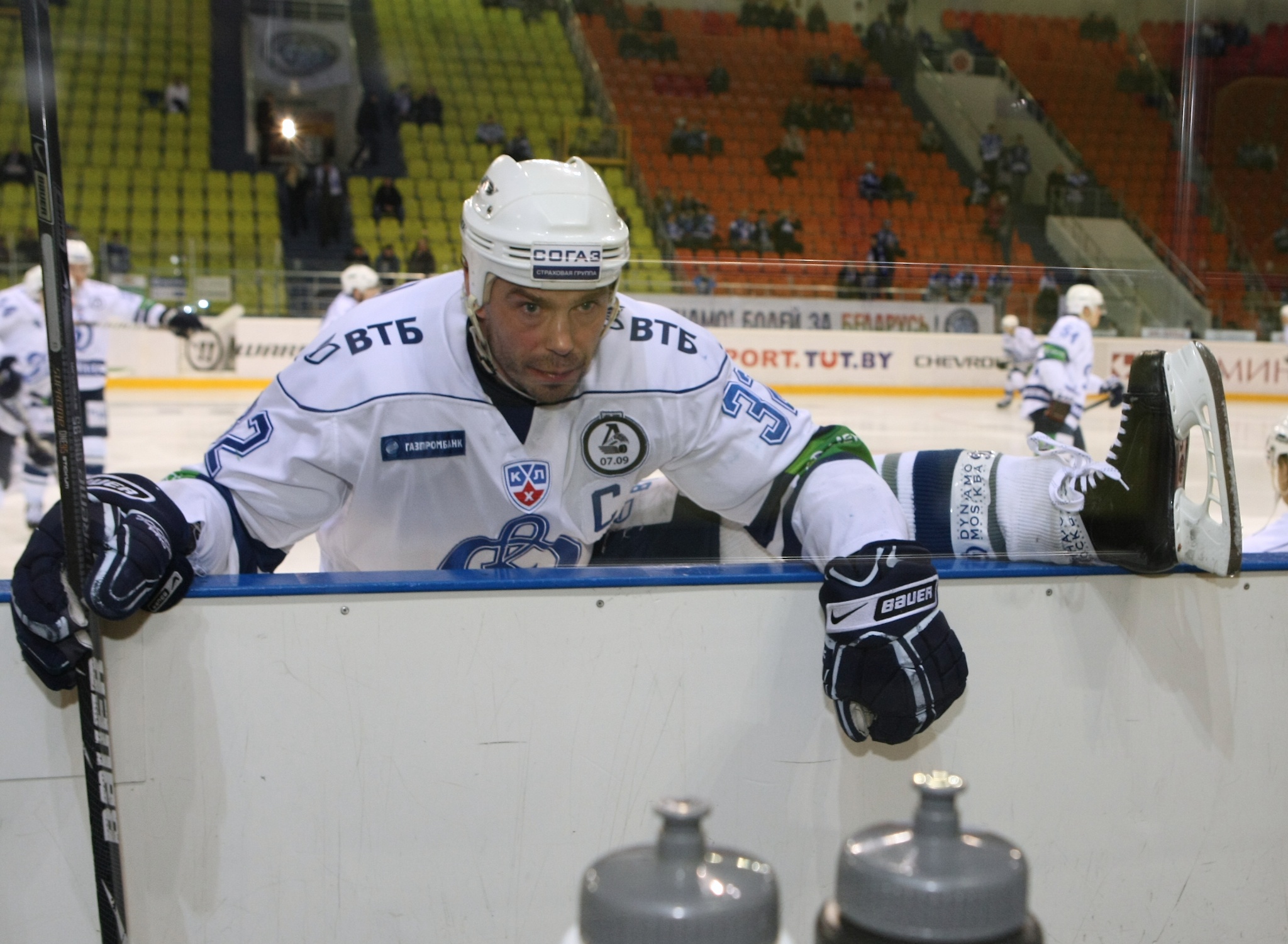 Other than in Pinki, Dinamo Riga played multiple times in Liepaja, a town situated on the shores of the Baltic Sea at some 250 km from the Capital. The first games happened in the second KHL season, but most often Dinamo would move there for just one game. However, in 2016-17 Dinamo played two consecutive games against Far-East teams, winning both with a 3:2 score.

The next stop for Dinamo Riga was the Capital of their neighbor country: Estonia. The opposition was severe, and the games were memorable. The first one, against Metallurg, went to the shoot-out, while the team led by then-head coach Normunds Sejejs lost the second game against Traktor. By the way, the KHL will get back to Tallin this year, but this time the home team will be Jokerit, facing Spartak and Severstal.