The KHL is coming to Vienna

VIENNA – world-class ice hockey is on its way to the Austrian capital. This October, Vienna will host the KHL World Games 2018. Two regular-season KHL match-ups in the city offer Viennese fans a unique chance to see some of the legends of the game, including several Winter Olympic champions and Stanley Cup winners and the Magic Man himself, Triple Gold Club member Pavel Datsyuk.

The games in Vienna are scheduled for October 26 and 28, 2018. In the first clash, Slovan Bratislava will face CSKA Moscow; in second, Slovak team take on SKA St. Petersburg.

For Slovan, Vienna should be a home-from-home. Just 70 km separates Bratislava and Vienna, making them two of the closest capital cities in the world. For a long time, Vienna has been thirsting for top-level hockey action and now the KHL is bringing world-class players here.

Slovan is the KHL’s oldest club and will celebrate its centenary in three years time. With eight Slovak championships (most recently in 2012) and on Czechoslovak title (1979), the Bratislava team is the second most successful in Slovakia’s distinguised hockey history.

CSKA Moscow is a legendary Russian club. In its 71-year history, the Red Army team won more Soviet championships and Europeans Cups than any other team in history. Now returning to its old status as a hockey powerhouse, CSKA has reached two of the last three Gagarin Cup finals but has yet to win the KHL’s top prize. For three consecutive seasons, from 2015-2017, CSKA was the regular season champion. This season’s roster boasts eight Olympic champions from PyeongChang, including young star Kirill Kaprizov, whose sensational overtime game ended Russia’s long wait for Olympic gold. Over the summer, the Army Men added two powerful imports to boost their forward line: Canada’s Linden Vey, a bronze-medalist in Korea, was the KHL’s fifth highest scorer last season, while Denmark’s Jannik Hansen brings plenty of NHL experience.

SKA St. Petersburg, like CSKA, has its roots in the Red Army and was also founded in 1946. That year is regarded as the start of Soviet and Russian hockey. Unlike its Moscow rival, though, SKA never managed more than bronze medals in the Soviet championship but has emerged as a true power in the KHL era. The Petersburg team has two Gagarin Cups – 2015 and 2017 – and twice won the regular season championship in 2013 and 2018. In international play, SKA is one of the most successful clubs in the prestigious Spengler Cup exhibition tournament, winning the annual event four times in Switzerland. SKA also enjoyed victory over the Carolina Hurricanes in a KHL vs NHL exhibition game in October 2010.

SKA’s roster includes nine Olympic champions and is led by Pavel Datsyuk, known as the Magic Man. Datsyuk, a Stanley Cup winner in Detroit before returning to Russia to win the Gagarin Cup with SKA, is one of the most popular players on both sides of the Atlantic. He’s partnered by Nikita Gusev, one of the KHL’s most consistent scorers in recent seasons. Summer signings include Nail Yakupov, who was the NHL’s #1 draft pick in 2012.

“I am convinced that after 10 successful seasons, the Kontinental Hockey League is ready to showcase its world class hockey to discerning audiences all over the world. We are looking forward to coming closer to hockey lovers in Austria to show the best of this sport and inspire fans in other countries”.

At the event, the KHL unveiled a special logo for the World Games.

“The logo was inspired by the name KHL World Games and the idea of bringing the KHL to the whole world. The whole device is enclosed within an inscription, like a world, that symbolizes the global character of the KHL World Games series.

The logo itself takes the form of a shield, with two separate fields symbolizing the competing teams, unified by the KHL’s own logo. The fields take the colors of the flag of the host nation, and the flag itself is an immediate visual indicator of the venue of the games. The whole image stands on a puck, the integral symbol of the sport.

The original pattern continues the story of the KHL World Games logo and appears as a stylized map of the world with a geometric layout of dynamic lines. This is image is produced in light or dark colors, and can be printed in the colors of the flag of the host nation”. 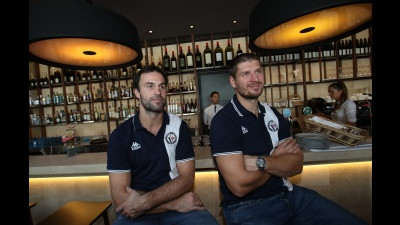 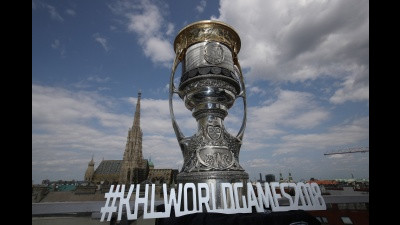 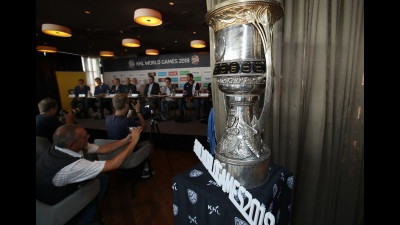 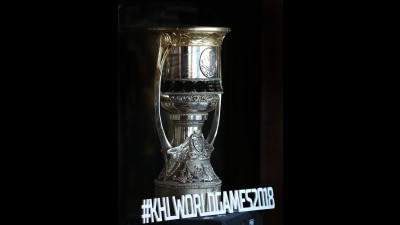 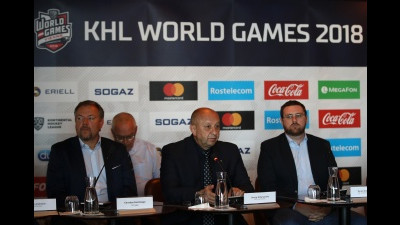 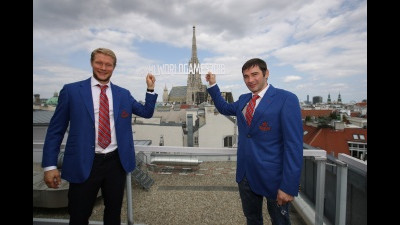 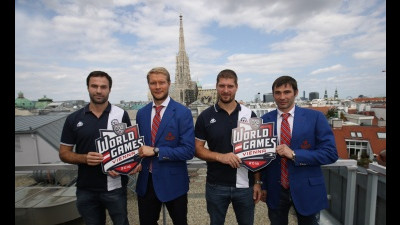 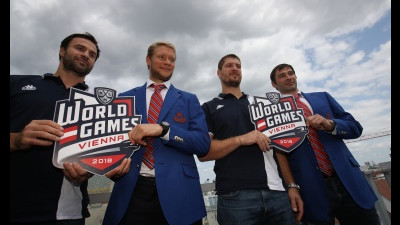 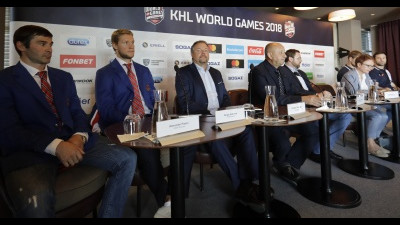 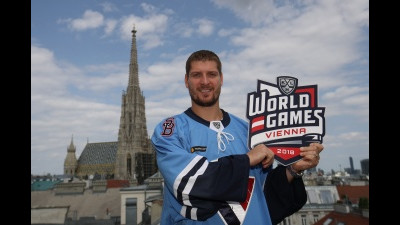 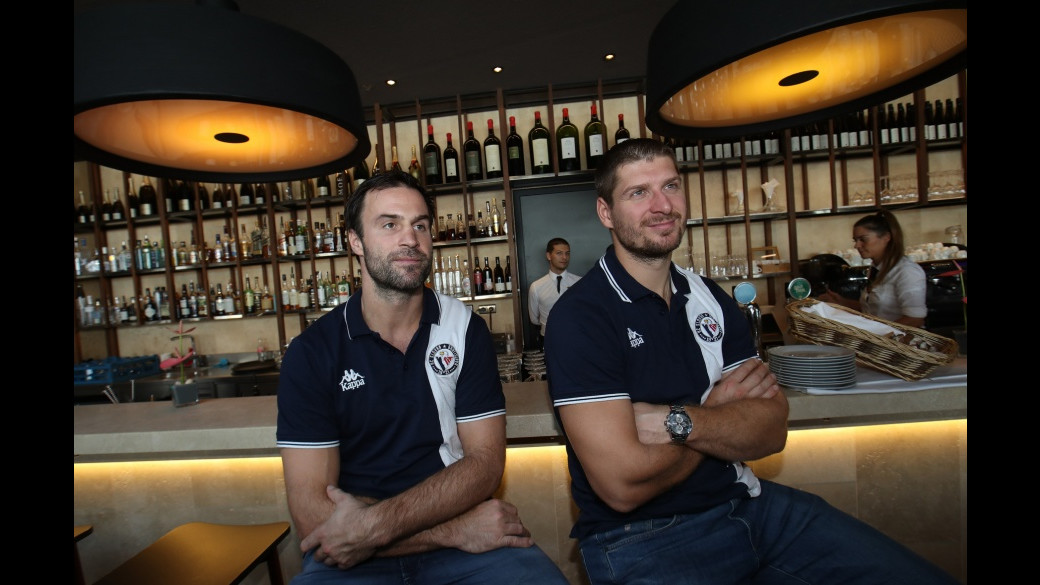 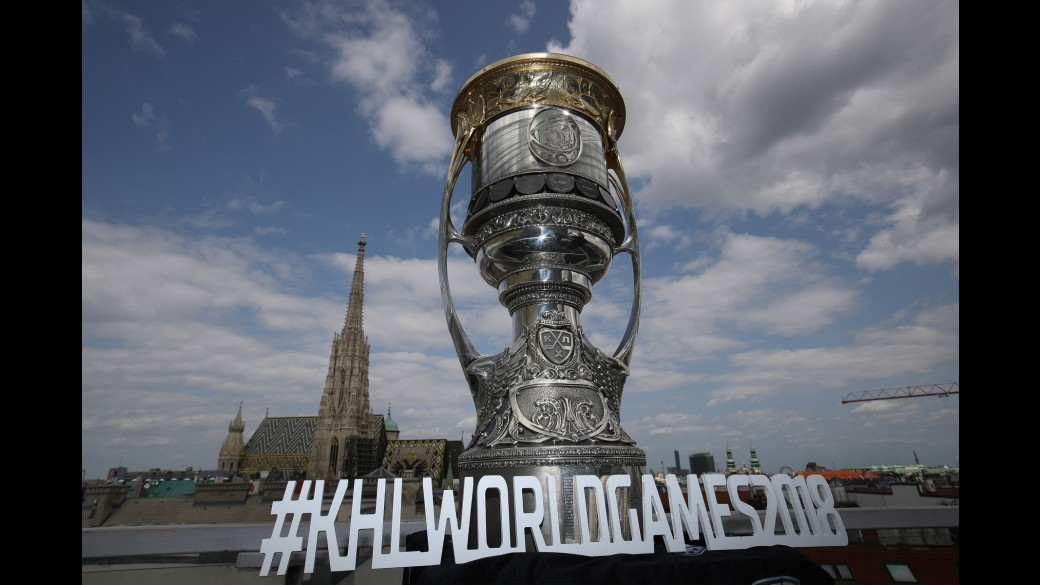 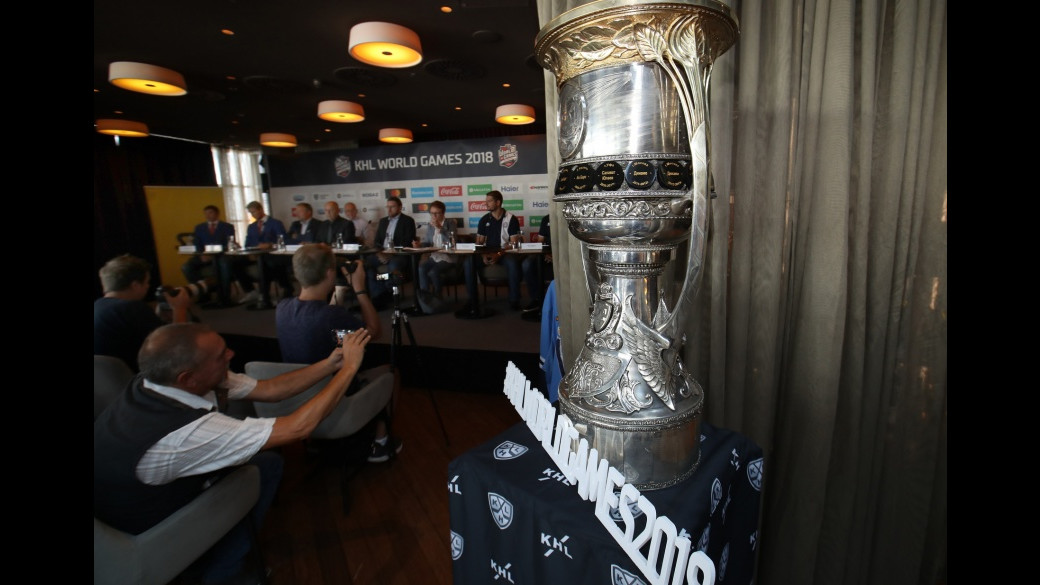 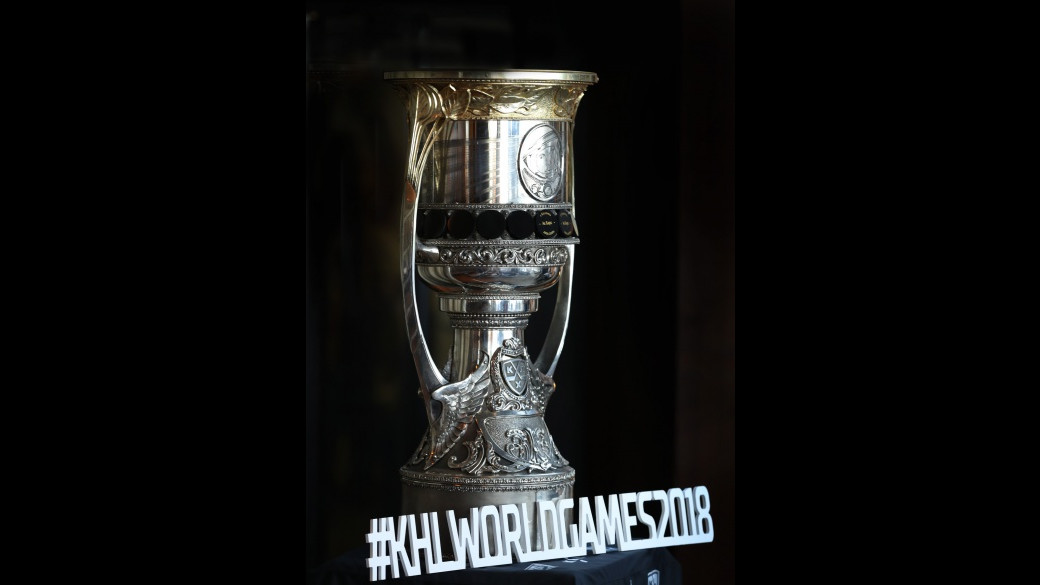 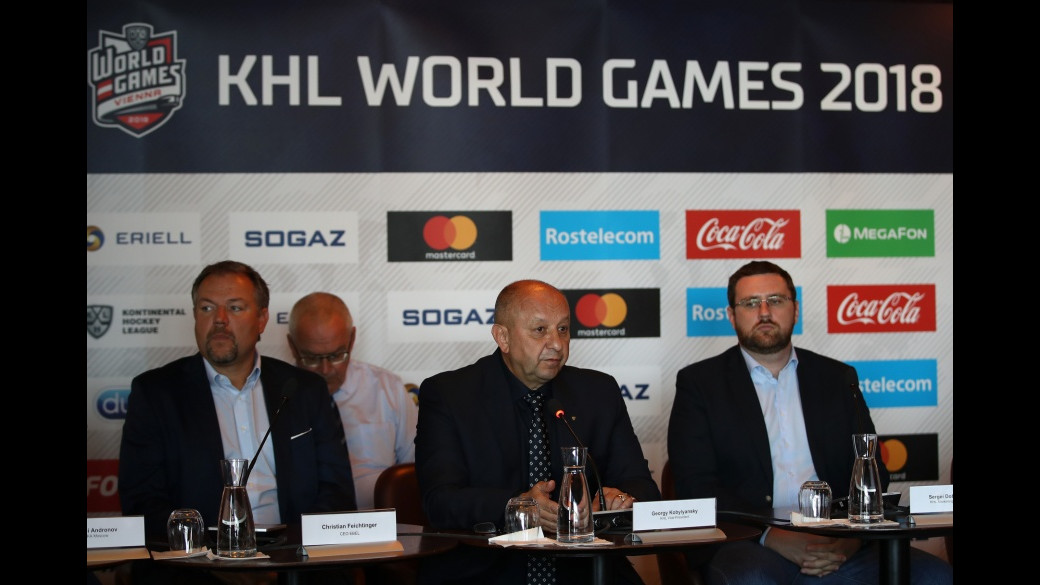 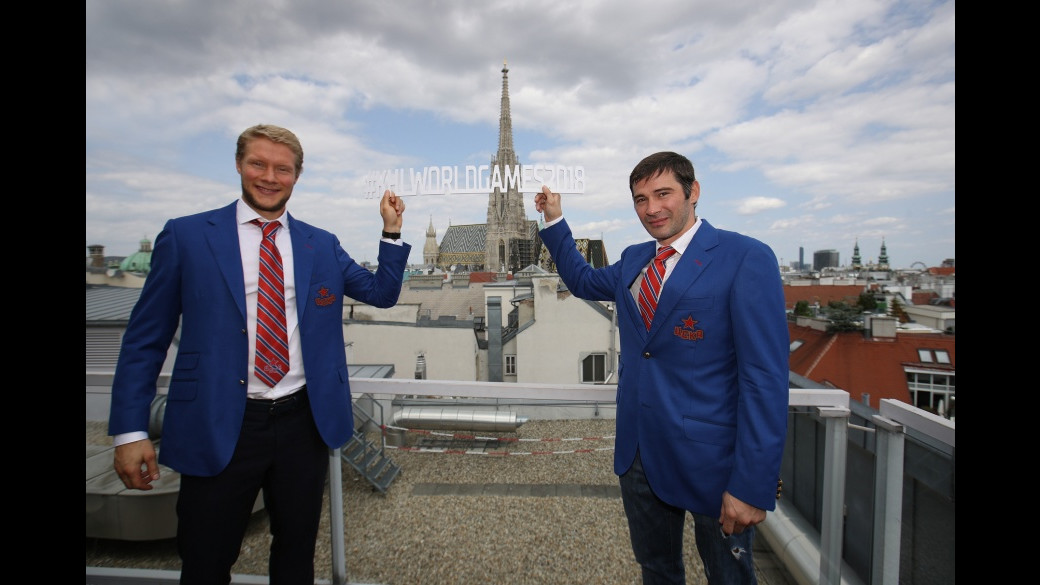 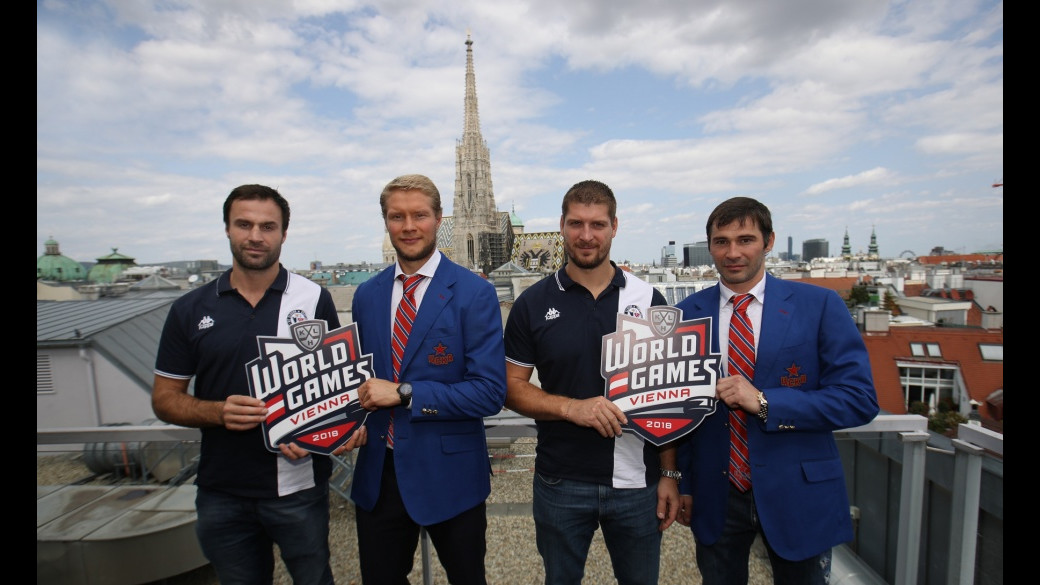 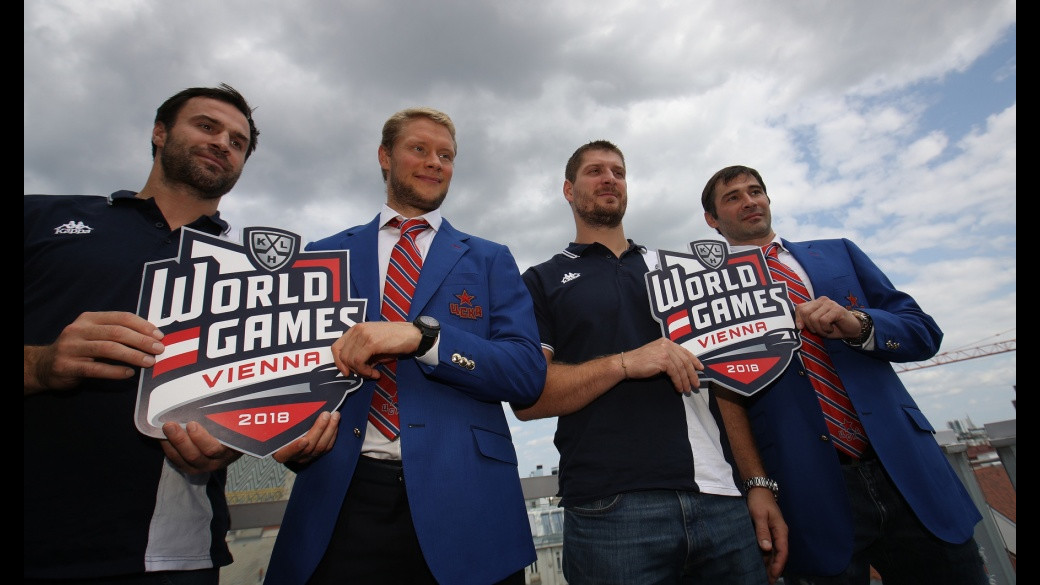 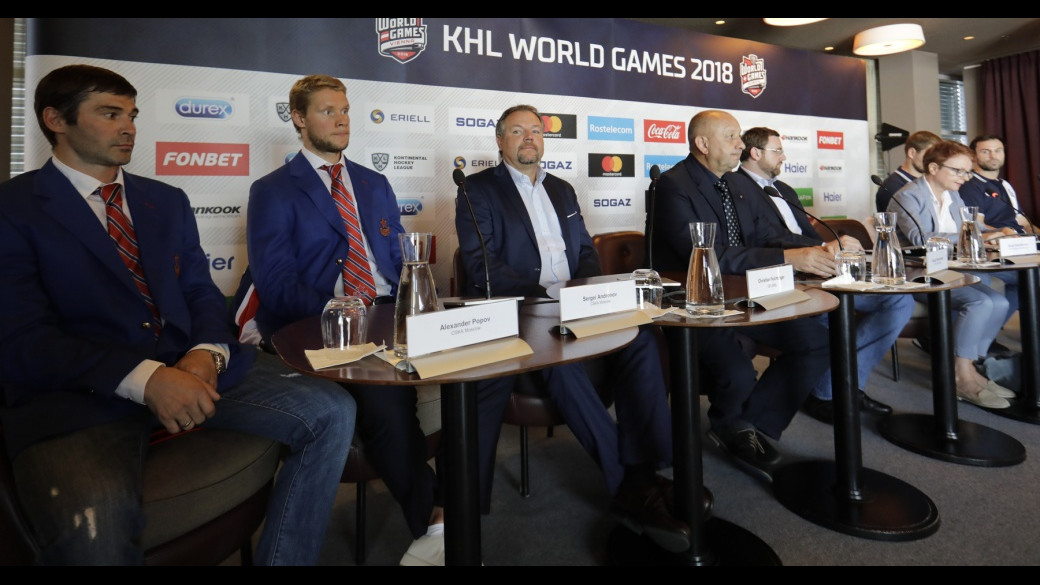 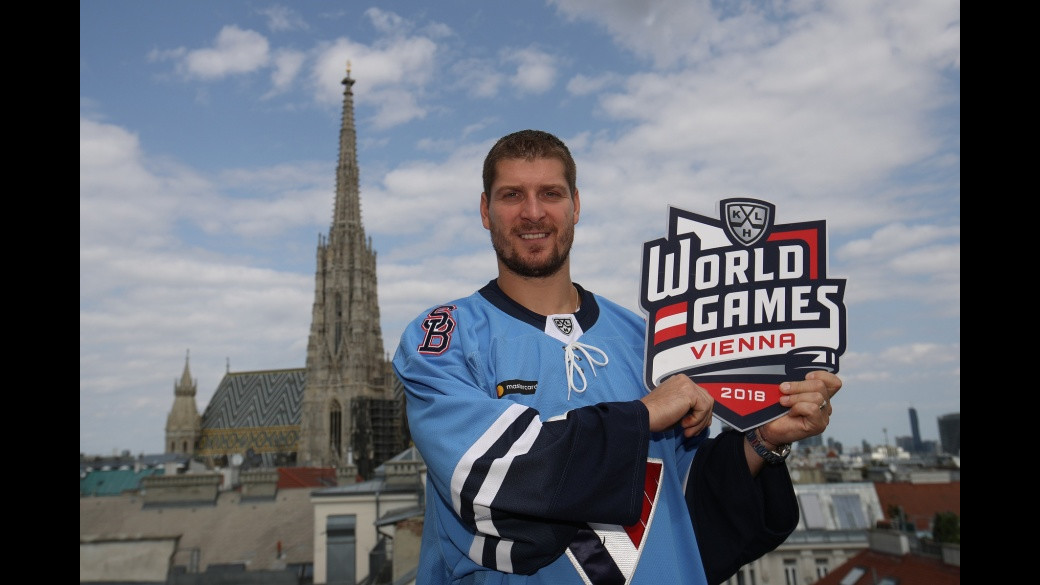 Erste Bank Arena is ready for the world stars

The Erste Bank Arena will host both of the World Games 2018. The arena is already known as the home venue for the Vienna Capitals, one of Austria’s most famous hockey teams. The arena is part of a larger multisports complex, and the KHL games will be among the biggest events ever staged here. “The KHL games in Vienna show that the Erste Bank Arena is not only home to the Vienna Capitals but also a venue for many major events. In addition to ice hockey, the Erste Bank Arena also stages other big sporting events, such as Boxing nights, crucial international handball games and big off-air events like the "Super Bowl Party" of the Austrian private TV channel Puls4. We are very happy to welcome three teams from the prestigious KHL to our arena for the first time in history,” said Franz Kalla, CEO of the Erste Bank Arena.

The arena can hold 7,000 spectators and the organizers hope to sell out for both games.“It’s clear to sense the anticipation among Austrian hockey fans as we wait for these two KHL games, so we’re expecting big crowds. The Erste Bank Arena has 7,000 seats and it would be nice if we could fill them all!” added Franz Kalla.

Tickets go on sale in September

On September 3, 2018 the World Games organizers will start ticket sales for both October clashes. They can be purchased by fans online or directly at the stadium ticket office. The cheapest tickets will cost just 7 EUR for children. The most expensive VIP packages will cost up to 200 EUR.