Patrick Zackrisson scored the goal that took Sweden direct to the quarter-finals – and pushed Finland into the qualification round. The Sibir forward snapped a 1-1 tie midway through the third period in the battle of the Nordic neighbours, and rated it one of the biggest goals of his career.

“That goal ranks pretty high for me,” he said. “It's pretty cool to score in the Olympics, now I've done that and it feels pretty good. And it's put the team into the quarter finals, which is also great. We wanted to win the group and we've done that. That's what it's been all about and we can focus for the quarter-final.” 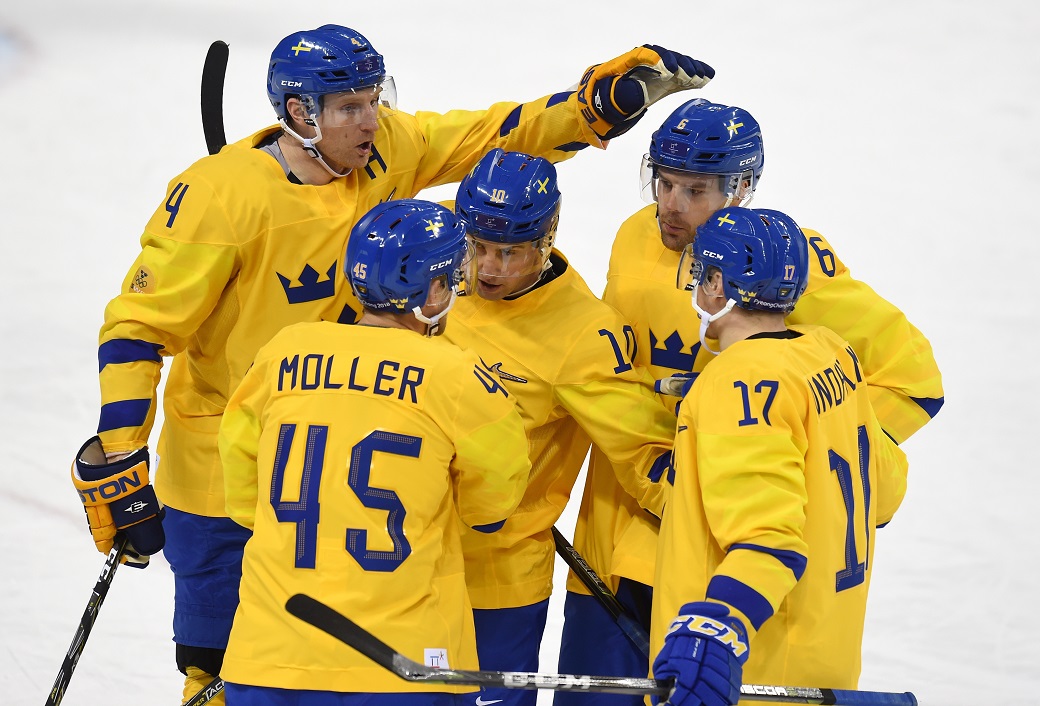 For Finland, Sami Lepisto was left to put a positive spin on the day. “It's like pre-season's over,” he said. “I’m not sure who we're gonna play but now it's game time. We're ready, we fell pretty confident, our goalie's been unbelievable. We just need to clear the puck from in front of our net a bit better.” 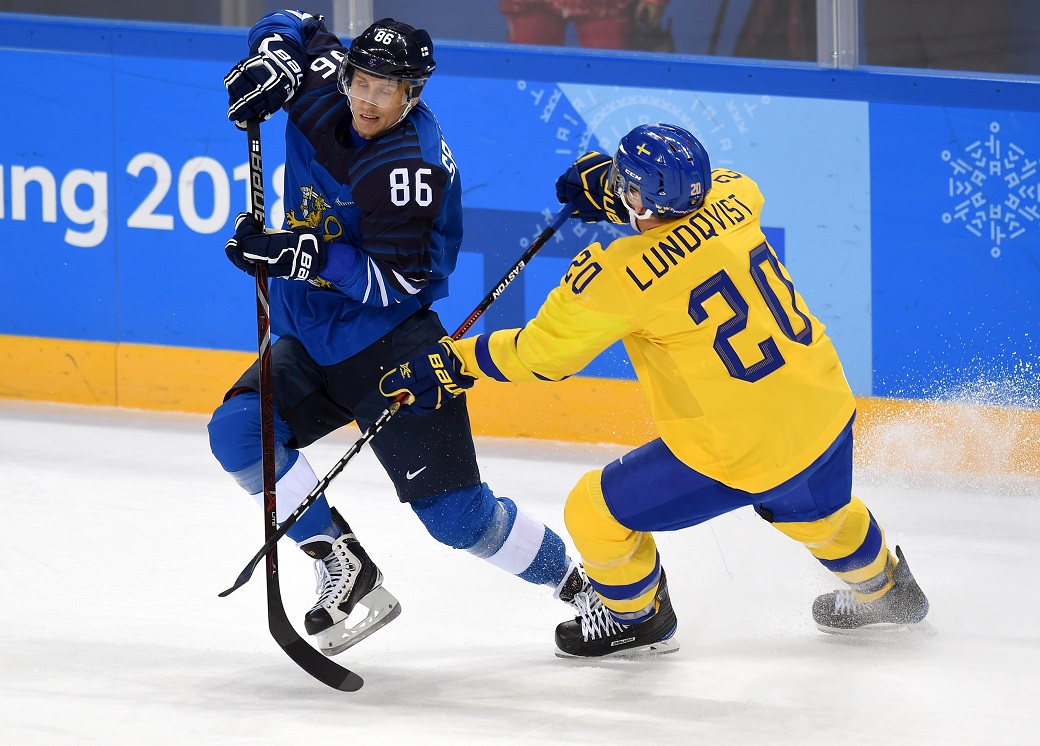 In Group A, the Czech Republic came out on top after two goals from Michal Repik helped secure a 4-1 victory over Switzerland. Dominik Kubalik got the game-winner, but credited Metallurg’s Jan Kovar with the killer feed on the play. “I guess 95% of my goal was Jan Kovar,” Kubalik said. “It was a back door pass and I just put it in.” 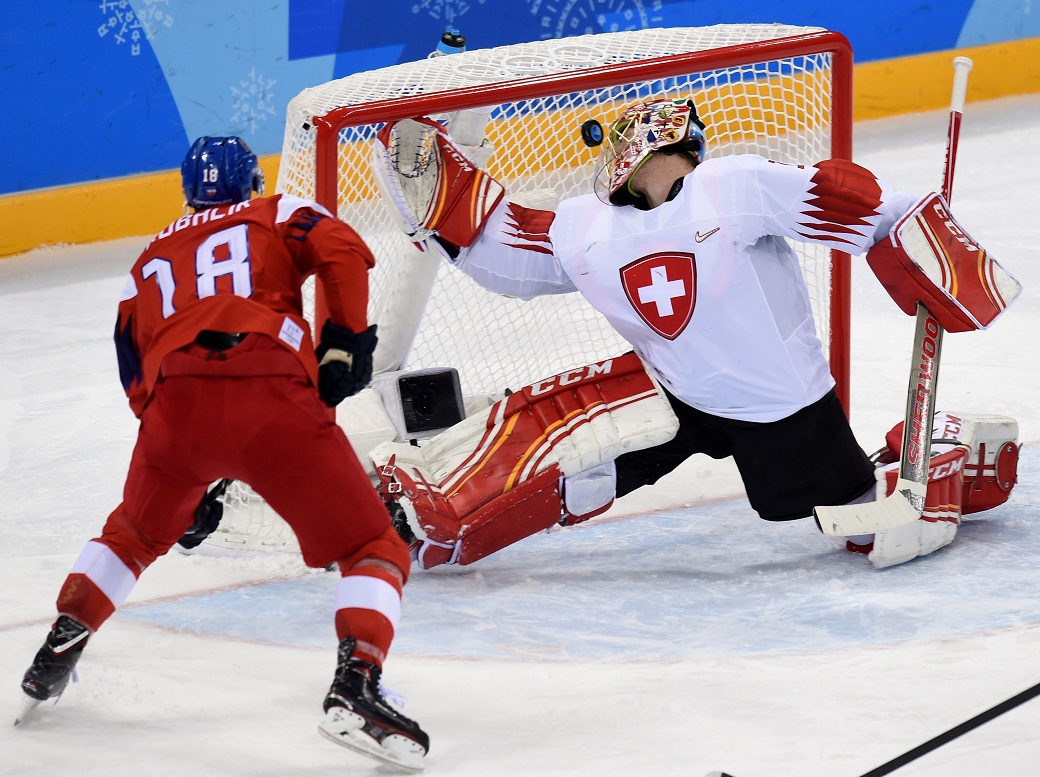 In the other Group A game, Canada defeated Korea 4-0 to finish in second place. It’s seven-point haul was good enough to go to the QF as best runner-up, one better off than Finland. The goals came from Christian Thomas, Sochi’s Eric O’Dell, Maxim Lapierre and Kunlun’s Gilbert Brule – all four of them opening their Olympic accounts – and former Barys goalie Kevin Poulin made 19 saves for his shut-out.

Oleg Znarok’s team goes straight to the quarter-finals and can rest up until Wednesday, when it faces the winner of Tuesday’s qualification game between Norway and Slovenia. Success there would bring a potential semi-final against the Czechs, who will face Slovakia or the USA in the last eight.

Canada cannot meet the Olympic Athletes from Russia until the medal games: Willie Desjardins’ team will face Finland or Korea in its quarter-final. Switzerland faces Germany in the other qualification game, with Sweden awaiting the winner.

Before all that, Russia’s women go against Canada in Monday’s semi-final game. Whatever the outcome, Alexei Chistyakov’s team will have a chance to claim a first-ever women’s hockey Olympic medal here in PyeongChang. 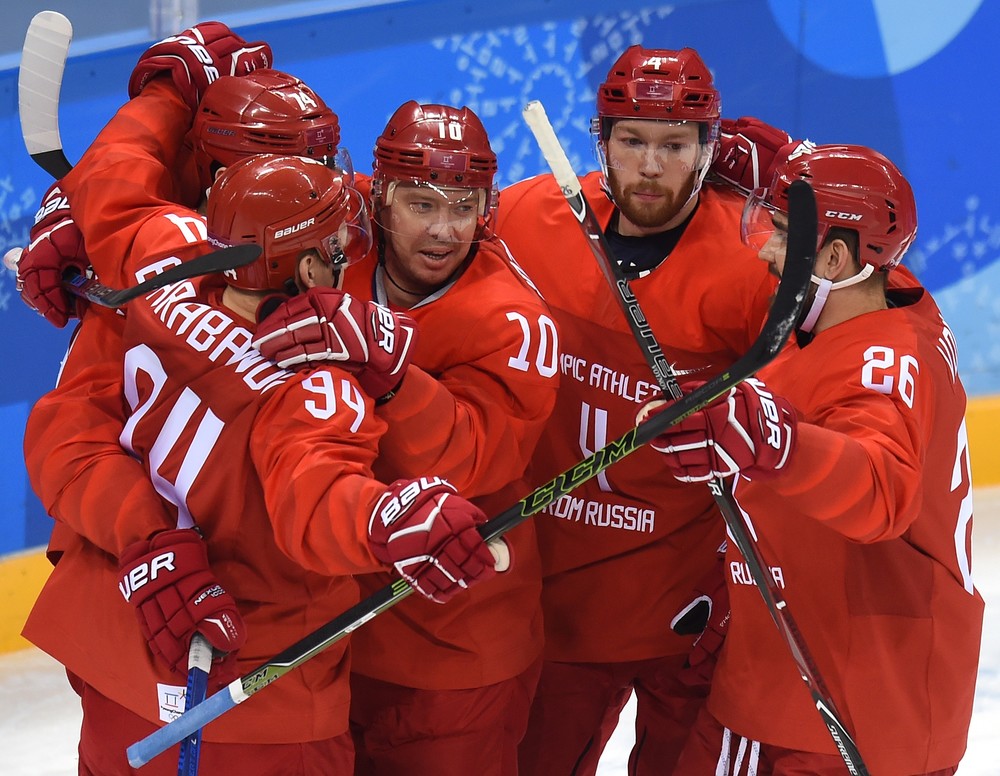 Metallurg forward Denis Platonov got a special goal to help his team beat Ocelari in the Davos Hockey Summit. The goal was a real family affair: Denis scored off an assist from his son, Yury. Father and son were playing on the same line for the second time in the competition, and combined for the 2-0 goal in the 22nd minute. Magnitka eventually won 5-3. Dinamo Riga picked up a 2-0 victory over the host in the later game and claimed victory in the tournament.

KHL gets the stamp of approval

To mark the 10th season of KHL action, Pochta Rossii has unveiled a special commemorative stamp. And the creative of the special edition was a bit of a thrill for Alexei Morozov, double Gagarin Cup winner and now one the board of directors of the Russian Youth Hockey League. “As a kid, I used to collect stamps,” he said. “I had lots of sporting ones, especially from the 1980 Olympics in Moscow, but there were never any hockey ones in there until now.” The post office will print 200,000 examples of the commemorative stamp.