As part of the countdown to the Week of Hockey Stars in Astana, we at khl.ru are taking a nostalgic look back at the nine previous All-Star Games. Yesterday, we recalled the 2010 event in the brand-new Minsk Arena, so today we cast our minds back to the third All-Star Game, in Russia's elegant “northern capital,” Saint Petersburg. 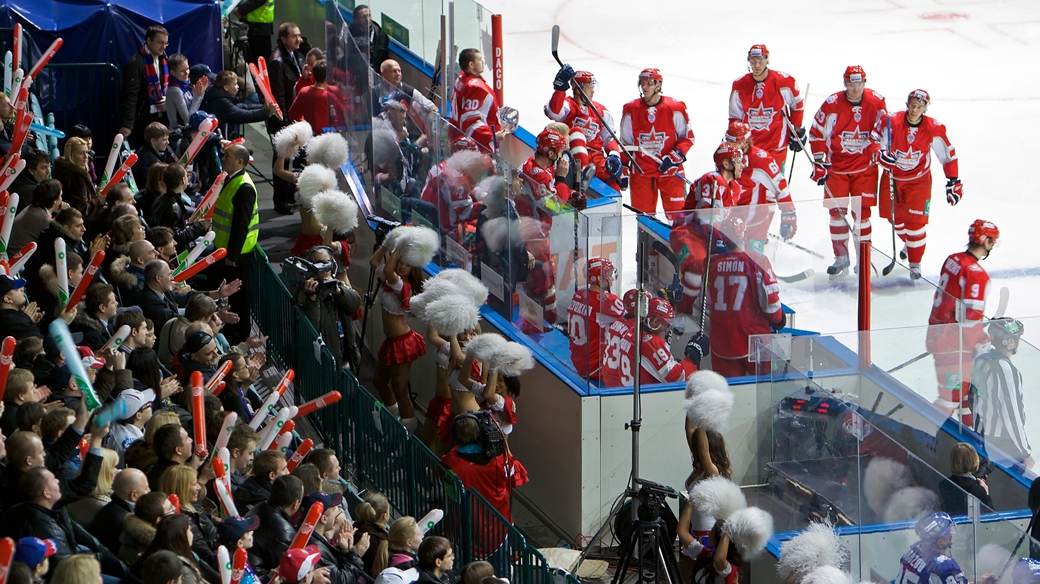 While it was to be four years before the Petersburg Army Men were to lift the Gagarin Cup, the city was enjoying a spell as the center of attraction for hockey fans during the 2010-11 season. In October, the Ice Palace staged the KHL – NHL classic exhibition game between SKA and the Carolina Hurricanes, and in early February the stadium served as the venue for the third KHL All-Star Game. 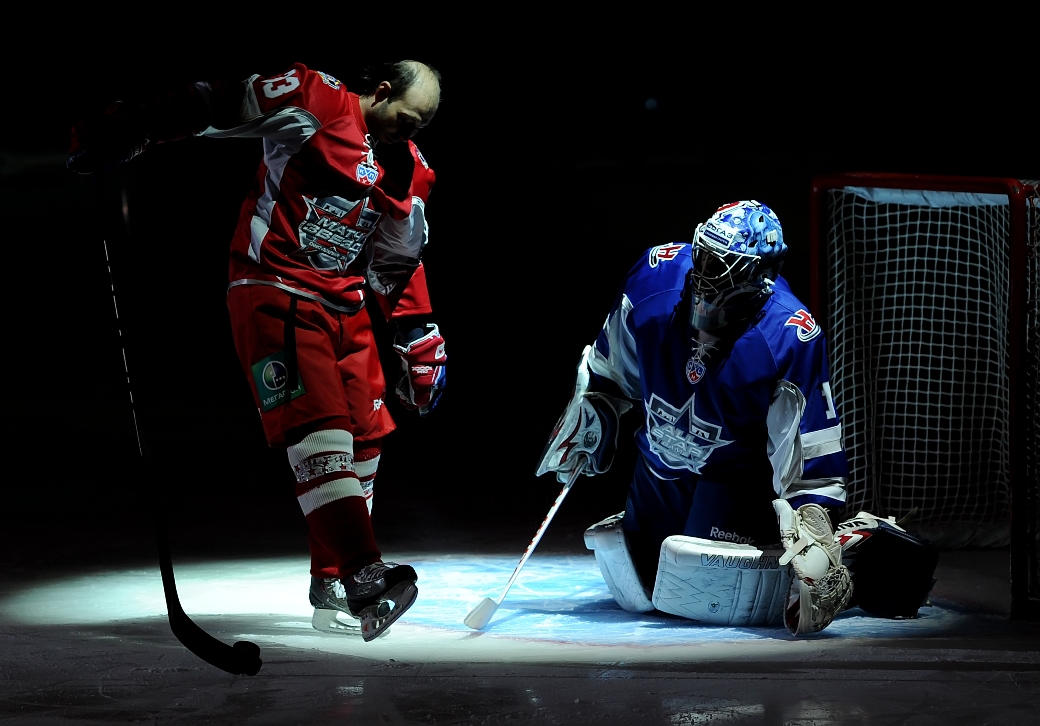 The All-Star Game in Saint Petersburg was to be a contest between Team Yashin and Team Jagr, as before, but the League, ever on their guard against its showcase event becoming stale, decided to abandon the Russians-versus-Foreign-Legion format of the previous two years. For a replacement, the organizers took advantage of the fact that Yashin was playing for SKA in the West and Jagr was wearing the colors of Avangard in the East, so this time, the game would be a contest between the League's two Conferences. 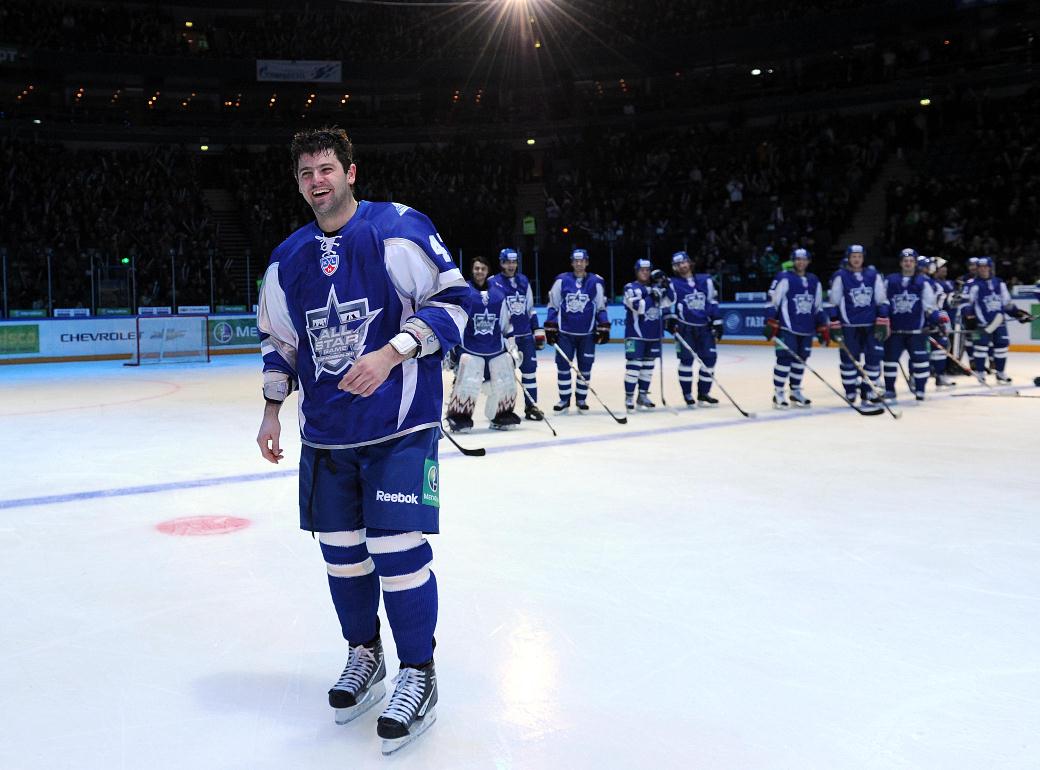 The increasing strength of the KHL was illustrated by the starting lines chosen by the fans to accompany the two superstar captains onto the ice. For Yashin's Western Conference team, the supporters selected Hasek, defensemen Guskov and Ozolins, plus forwards Mozyakin and Sushinsky, while Jagr's team of stars from the East would start with Liv, Skoula and Nikulin, plus Cervenka and Radulov. It fell to the journalists and League to find places for Morozov, Afinogenov, Fedorov...

The coach of the Oriental collective was Zinetula Bilyaletdinov, at that time the only boss to have won the Gagarin Cup, assisted by Magnitogorsk boss Kari Heikkila, who thus became the first man to coach in three All-Star Games. Lokomotiv's Vladimir Vujtek returned to the bench to serve under the Western commander, Oleg Znarok, then boss of Dynamo Moscow. 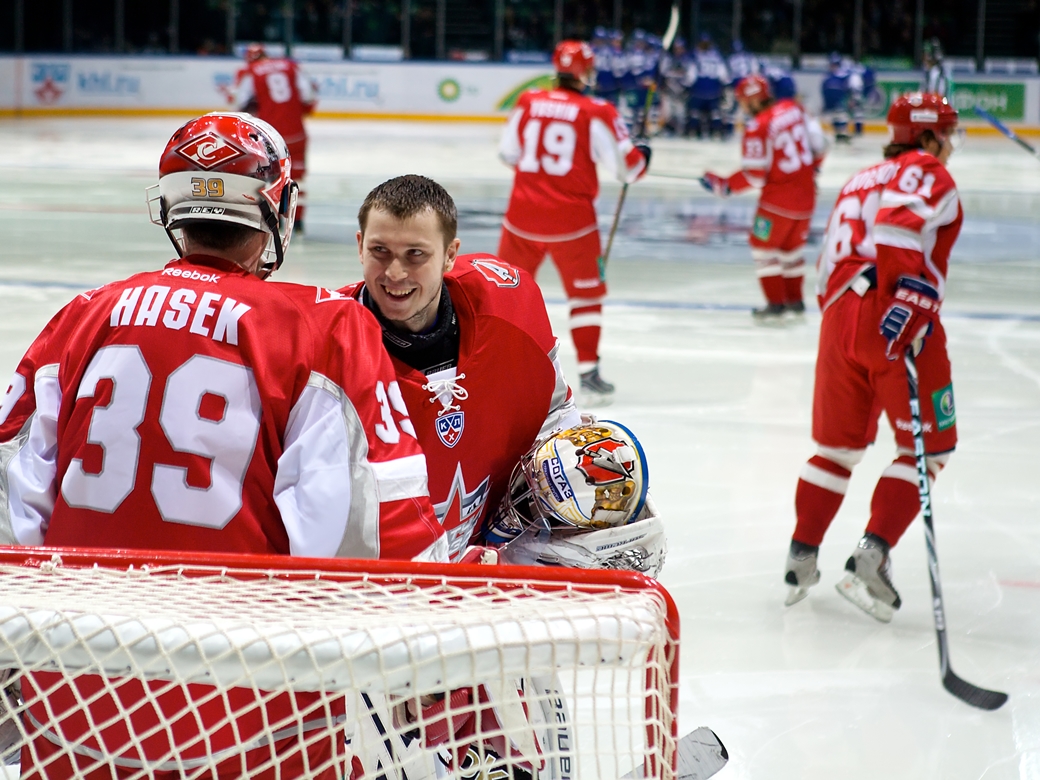 The League added further spice to the rosters by adding two teenagers, both of whom were future NHL All-Stars. In January of 2011, current Capitals danger man Evgeny Kuznetsov and St Louis alternate captain Vladimir Tarasenko had just earned national hero status for their roles in Russia's stunning triumph in the World Juniors in Buffalo, beating Canada 5-3 in a thrilling final in which the Russians went into the third period with a 0-3 deficit. In the end, Tarasenko, who had scored the leveler and assisted on the game-winner in that miraculous Buffalo final, succumbed to injury, but he traveled to Petersburg nonetheless, giving out multitudes of autographs and cheering on his Team Jagr comrades from the bench. 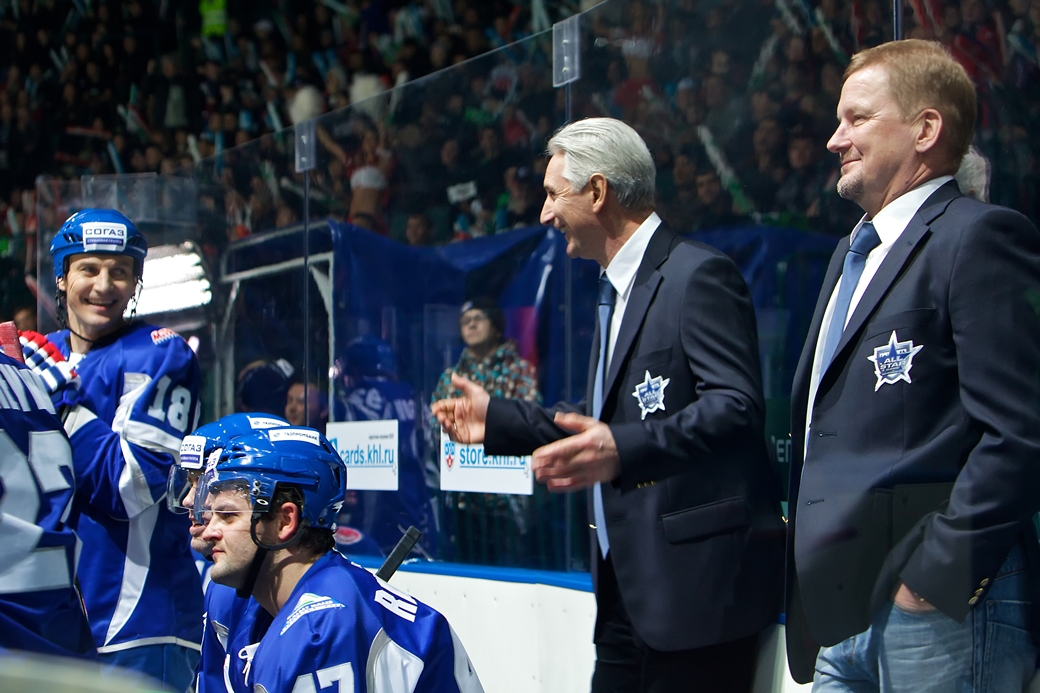 The match itself ended in a third victory for Team Jagr, this time by a jaw-dropping score of 18-16. Sergei Mozyakin (Atlant, Team Yashin) and Alexander Radulov (Salavat Yulaev, Team Jagr) each recorded 7 points, with Mozyakin the champion marksman (5 goals), and Radulov the king of the killer pass (6 assists); Jagomir the Great said farewell to the event with a hat-trick and an assist, and young Evgeny Kuznetsov, who recorded a hat-trick of assists in the Buffalo triumph, added four more to his account and also scored an empty netter with a fraction of a second left on the clock. “It’s really tough for us in matches like these,” – said Team Jagr goalie Stefan Liv, with admirable understatement. 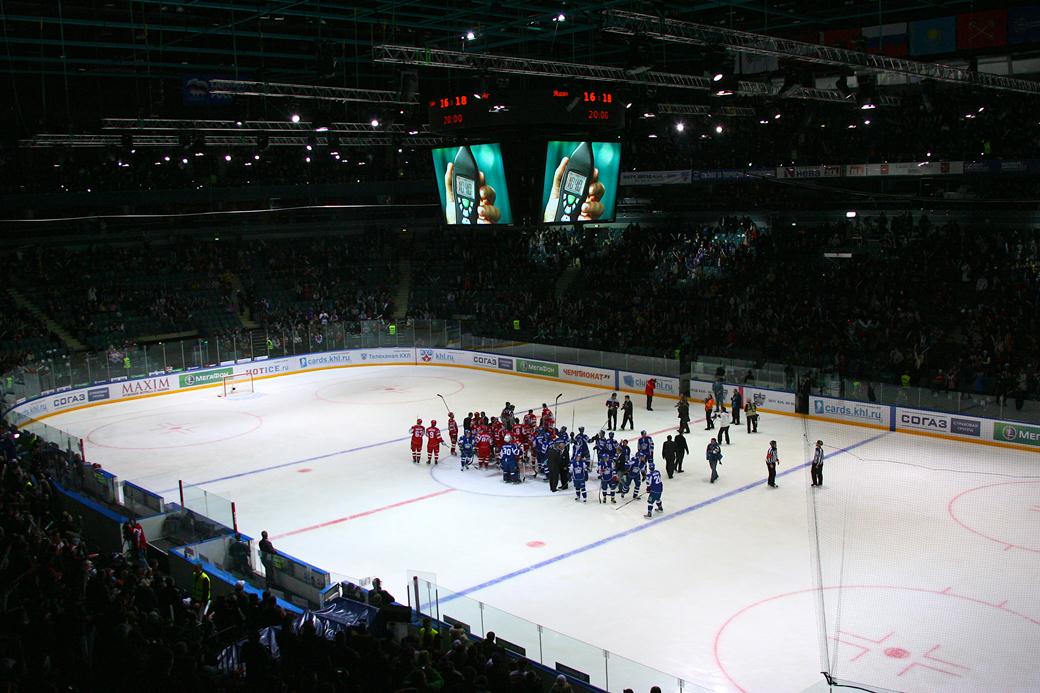 Simon the sniper and Kulyash the cannon

In the Master Show, Team Yashin clinched a 4-3 victory, helped by Chris Simon of Vityaz securing an impressive win in the Shooting Accuracy contest. Kuznetsov kept his Midas Touch by winning the Shootout, Afinogenov skated a lap in under 14 seconds and thus proved the fastest, and Niskala struck the puck the furthest.

But the undisputed highlight of the Master Show was the Hardest Shot competition. Avangard defenseman Denis Kulyash, who was prevented by injury from taking part in the second All-Star Game in Minsk a year earlier, produced a howitzer of a shot, and one which the technology timed at 177.58 km/h (110.34 mph). This not only surpassed Karel Rachunek's belter which claimed first prize in Minsk, but smashed the world record claimed by the Boston Bruins’ Slovak giant, Zdeno Chara. The sensation was soon mixed with caution – Kulyash's shot was timed over a shorter distance than Chara's. The controversy over KHL nad NHL hardest shots continues to this day.