As part of the countdown to the Week of Hockey Stars in Astana, we are taking a nostalgic look back at the nine previous All-Star Games. Yesterday, we remembered the very first event, held in 2009 under open skies on Moscow's Red Square, and today we recall the 2010 All-Star Game, played in the Belarusian capital at the brand-new Minsk Arena. 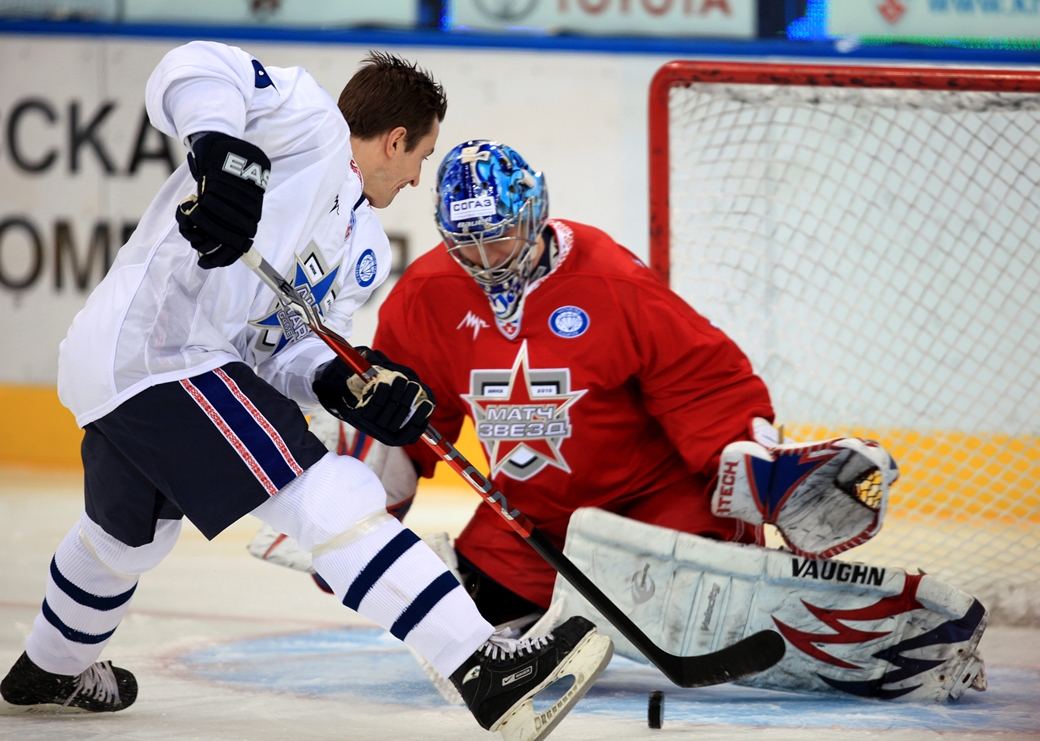 The first KHL All-Star Game was a runaway success, and the choice of Red Square as a venue for an open-airhockey classic proved to have been a fresh and exciting innnovation, but to repeat a success is one thing – to build on it is quite another. For this reason, the League boldly decided to make the second All-Star Game as different from the first as possible, and so chose Minsk as the stage for the 2010 event.

Why Minsk? What made that city better than its nearest rivals, Saint Petersburg and Chelyabinsk (both of whom, incidentally, were to host the All-Star Game in later years)? The capital of Belarus was an attractive choice for a number of reasons. Firstly, hosting the big show outside of Russia underlined the international nature of the KHL, but the country is also a highly convenient destination for Russian fans, with no problems concerning entry visas or language barriers.

The main reason, however, for choosing the city was the Minsk Arena. The plush, ultra-modern, 15,000-seater stadium was still unfinished when the decision was made, but it was completed on-schedule and the comfort and spectacular views in the stands provided a bright contrast to the temporary seating and frosty night air of the Red Square event the year before. For a long time, the Minsk Arena held the KHL attendance record, and it hosted the 2014 World Championships final, when the Russian national team, under the guidance of Oleg Znarok, captured the gold. 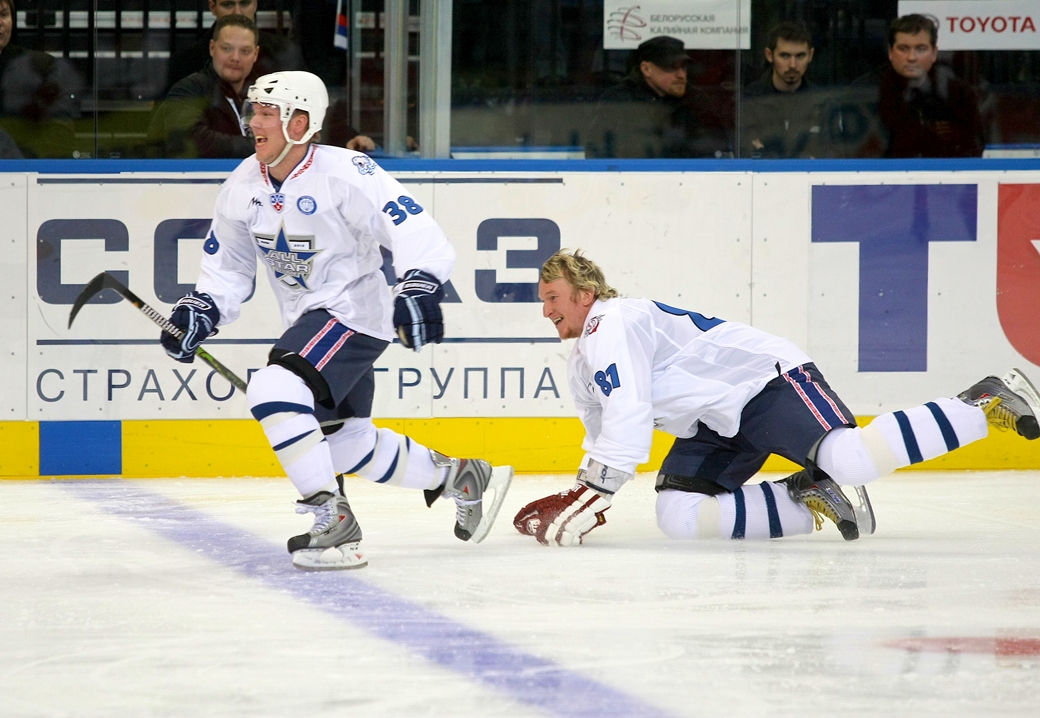 The match got underway with what was surely one of the most memorable ceremonial face-offs the city has witnessed. Alongside Alexander Medvedev and Vyacheslav Fetisov, representing the League's management, were two eminent guests from across the ocean: Mark Messier and Wayne Gretzky.

Messier had very warm words about the venue, saying he would have loved to perform in such an arena during his quarter-century playing career, while Gretzky was eager to see some hockey as part of a pilgrimage to the land of his ancestors. The great man's great-grandfather hailed from the Grodno area, and it is still not too hard to find distant relatives of the famous Canadian dotted around the country. Moreover, according to legend, the hockey player's silhouette on the 2014 World Championships emblem is that of Gretzky.

The increase in scale was not only illustrated by the fame of the guests and the size of the arena. In addition to Russia and Belarus, a further 18 countries received television broadcasts of the All-Star Game, with commentary available in Russian and English. One of the channels in Russia was a new venture by the name of KHL-TV, while the international broadcasters included in their number the North American giant, ESPN. 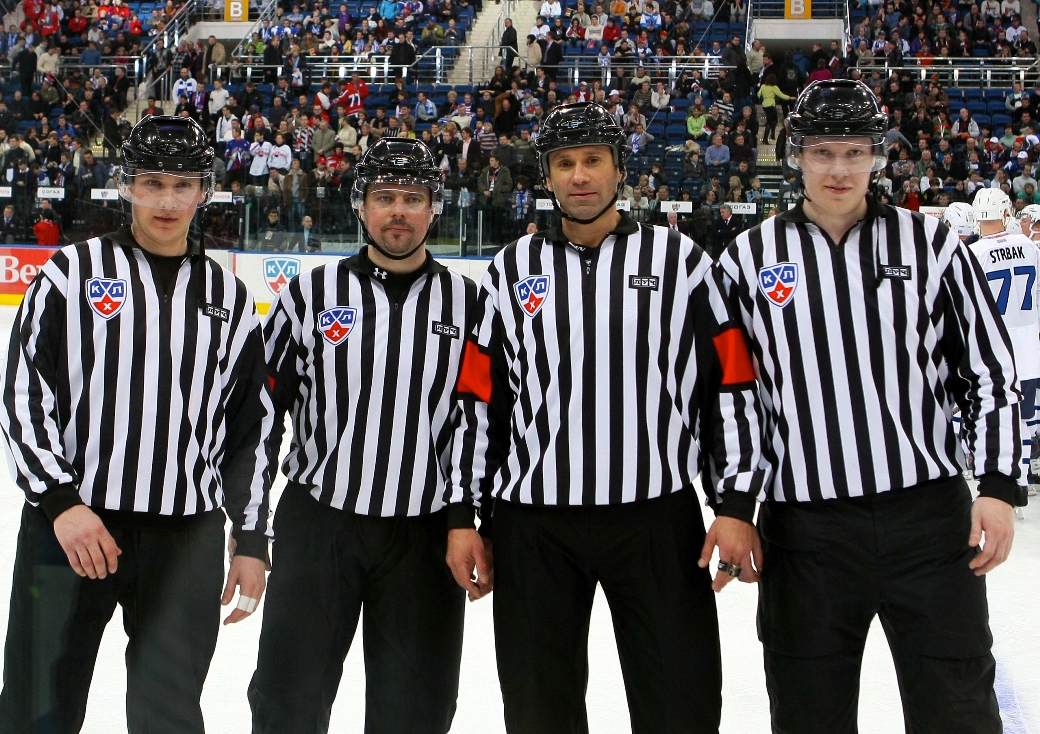 While the surroundings could hardly be more different than Red Square, the format from the first All-Star Game remained. The packed stadium was treated to another contest between Team Yashin, made up of Russia's finest, and Team Jagr, comprising the Rest of the World. An exception was made to enable Dinamo Minsk's Belarusian goalie, Andrei Mezin, to guard the net for the Russians. Mezin was the journalists' choice to be Team Yashin's second goaltender, and his plucky and entertaining performance won the hearts of the 15,000 fans.

The coaching line-up underwent some minor adjustments from the year before. Team Yashin was under the leadership of that formidable duo, Vyacheslav Bykov and Igor Zakharkin, while Milos Riha joined Barry Smith and Kari Heikkila in charge of Jagr's International Brigade. On the playing front, the KHL had attracted several stars of the first magnitude, so Jagr and Yashin were joined by the likes of Sergei Zubov, Sergei Fedorov and Sandis Ozolins, who between them had earned many call-ups to the NHL All-Star Game.. 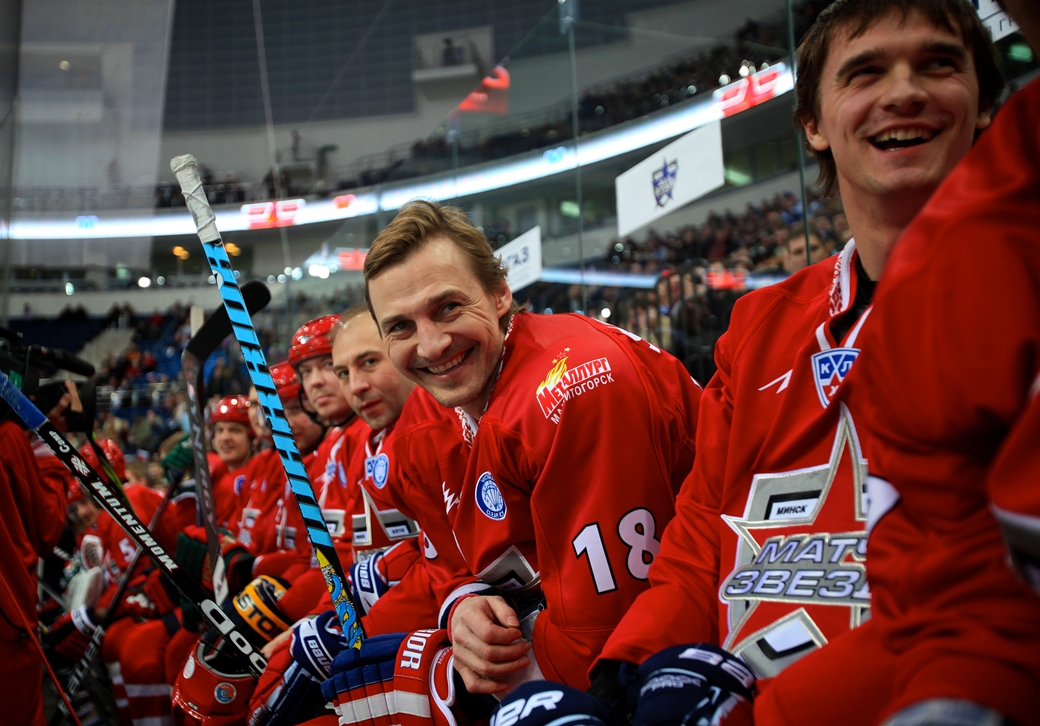 Despite Mezin and his comrades' finest efforts, the game was not a pleasant one for the goalies. Nor was it to be a tale of sweet revenge for Yashin's Russians. Jaromir Jagr predicted another victory, and a 11-8 triumph duly followed. To their credit, the Russians had no intention of meekly surrendering, and things looked very bright for them when Danis Zaripov grabbed the fiirst goal, but Marcel Hossa soon restored parity, and by the 12-minute mark Patrick Thoresen had given the Foreign Legion a lead that they were not to surrender. By the middle of the third period, the scoreboard showed 11-6, but late strikes from Russia’s Anton Babchuk and Alexei Morozov made the losing margin more respectable. 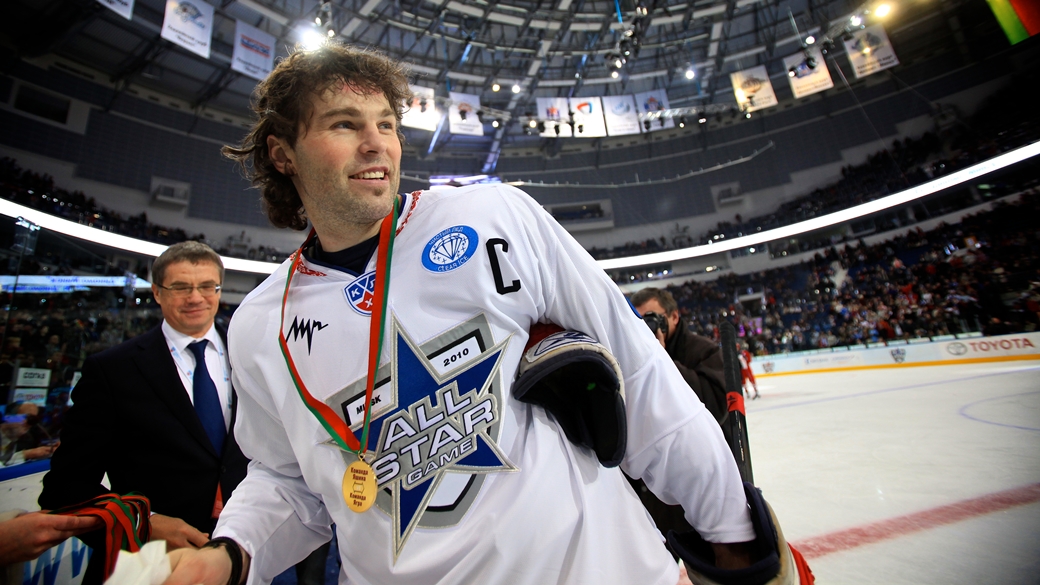 The Master Show was expanded to eight categories of competition from the six of the previous year, and as in 2009, it was Team Yashin who took the spoils, but it was a much tighter contest with the Russians winning 5-3. Dmitry Kalinin won the Long Range Shot competition when he sent a puck to within a whisker of completing an entire lap of the rink. Alexei Morozov was the king of the marksmen, taking first prize in the Shooting Accuracy contest. Denis Parshin won the Fastest Skater with a lightning lap time of 13.93 seconds. The Shootout competition yielded plenty of hits on Youtube, as fans across the world watched Josef Stumpel win the award for the best individual effort, while Marcel Hossa won the overall contest. And Karel Rachunek won the first KHL Hardest Shot competition, with a strike timed at 165.28 km/h (102.7 mph). 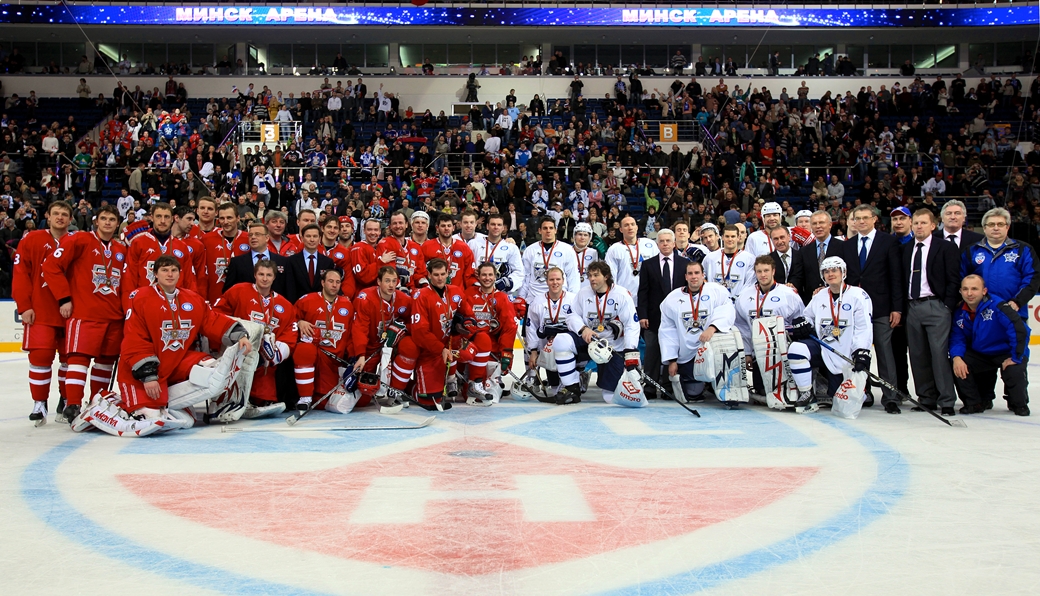