Indrasis ready to Miks with the best

A week into the IIHF World Championship, and Latvia is the surprise team of the tournament. With a perfect record of three regulation-time wins from three games, the Baltic state sits proud on top of Group A, one point clear of Russia.

Still more surprising, much of the roster is drawn from Dinamo Riga, a team that struggled in the KHL last season. Suddenly, there's confidence flowing through the likes of Dinamo's Guntis Galvins, Gints Meija and Miks Indrasis.

For Indrasis, whose two goals in a 3-0 win over Denmark started the winning streak, the change is down to a new head coach, former Stanley Cup winner Bob Hartley.

“Bob completed changed the structure of our game,” Indrasis said. “We’re no longer interested in playing off the back foot. Now we’re looking to seize the initiative ourselves, to play aggressive hockey. Now, we believe our opponents should fear our team.” 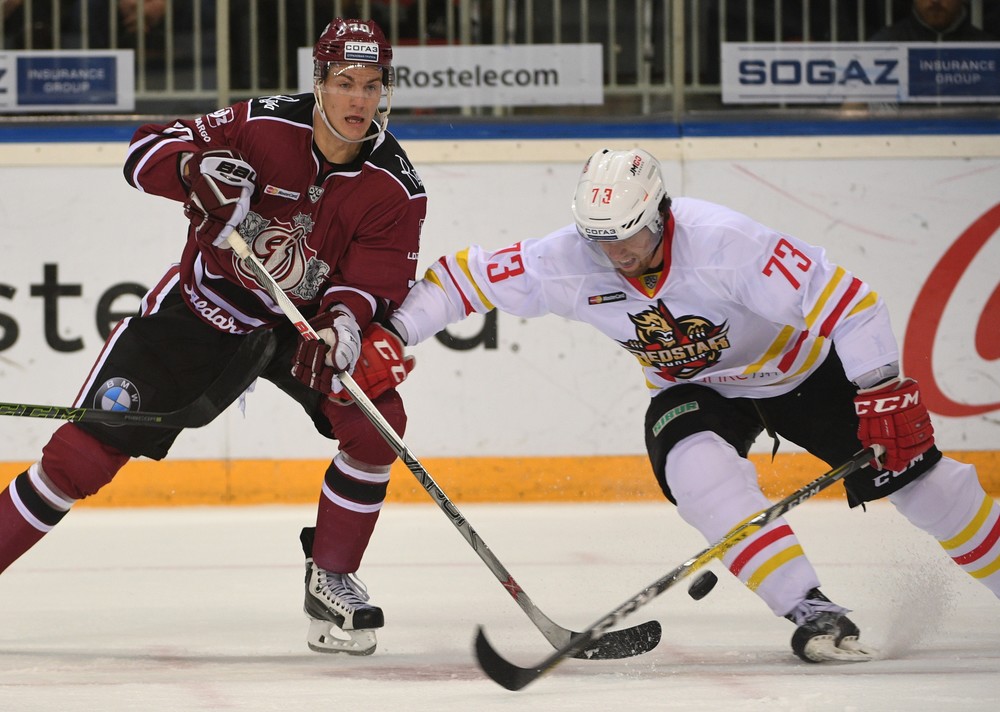 That new approach took time to pay off: were it not for strong goaltending in the first period against Denmark that game, and the tournament as a whole might have been different. Since then, though, Latvia has rolled over Slovakia and dug deep to edge Italy despite a below-par performance on Tuesday.

“We knew we had to work a bit harder with the puck, not to keep giving it away,” Indrasis added. “We changed everything, we played to a new rhythm.”

Last season, as Dinamo Riga slumped to the foot of the Western Conference, Indrasis was one of the biggest disappointments on the roster. The 26-year-old should have been a leader, but he had one of his least productive seasons. It took until November to finally score his first goals, and his final tally of 23 points was well down on what he's capable of. With contract negotiations due over the summer, he's hoping a strong World Championship showing will get him back to top form.

"From the start of the season it feels like I didn't get anything right," Indrasis admitted. “I know all about that, I’ve spent a lot of time trying to figure out why. Right now I need to do something about all the bits and pieces that didn’t work out over the season playing for Dinamo. As for a new contract – no comment! I’m not thinking about that at the moment, I’m focused on team Latvia.”

So how far can Latvia go in this competition? Having previously peaked in the quarter-finals, could this be a chance to break into the medal round for the first time in the country's history? And what about the prospect of an upset win against the powerful Russians on May 15 as the group phase comes to its climax?

“Everyone knows that Russia always has a strong team, I can’t say anything new about that,” Indrasis said. “But we believe we can cause problems for everyone, including Russia. We will play our games, and we believe we can win. That’s why we’re here.”

Latvia has a rest day on Wednesday before returning to action against Sweden on Thursday evening. Hartley’s team goes on to face the USA on Saturday, Russia on Monday and wraps up the group phase against host nation Germany on Tuesday, May 16.