A unique color scheme and ultra-modern production technologies have combined to produce the gear and garments for the 2017 Kontinental Hockey League All-Star Game. We at KHL.ru present the story behind the attire and equipment unveiled today as part of the run-up to January’s fantastic festival of hockey.

In a little under seven weeks’ time, The Bashkortostan capital, Ufa, will host the first ever Week of Hockey Stars, featuring the KHL All-Star Game, the Master Show, the MHL Challenge Cup and much, much more. At such an event, nothing can be left to chance and it goes without saying that the finest stars in the biggest show on the League’s calendar should be kitted out in the finest clothing and equipment. For this, the League handed the task to top sporting designer Mikhail Antipin, and khl.ru spoke to the man responsible for ensuring the stars perform in style.

The League recently unveiled the official Week of Hockey Stars logo, as well as the signature color scheme and designs for all the imagery surrounding the big event. The logo features the Bashkortostan national hero and revolutionary, Salavat Yulaev, whose name graces the most famous sporting team in the region. 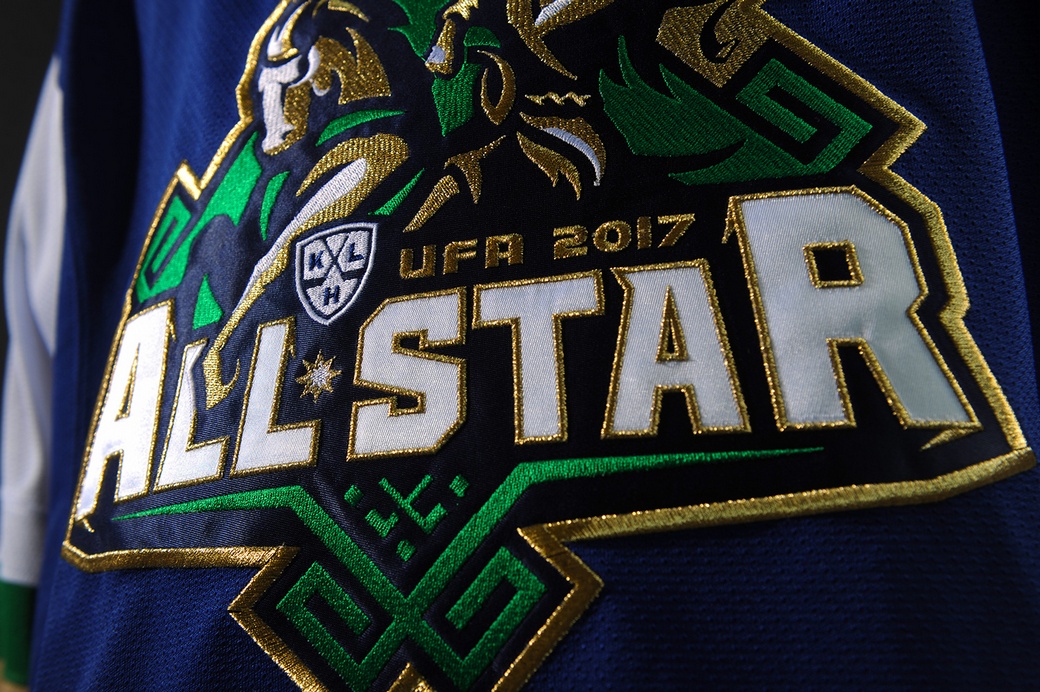 “I should state clearly that I did not create the logo,” — said Mikhail Antipin, “but I did implement a few changes. For example, the preliminary design featured silver trim, but I changed this to gold, primarily because this brings the design closer to the colors of HC Salavat Yulaev, and according to All-Star Game tradition, the main emblem should reflect the colors of the host team. I also worked on the logos for the four Divisions. I suggested some improvements on the original ideas, and my designs were accepted”. Tickets for Week of Hockey Stars – Now on Sale! 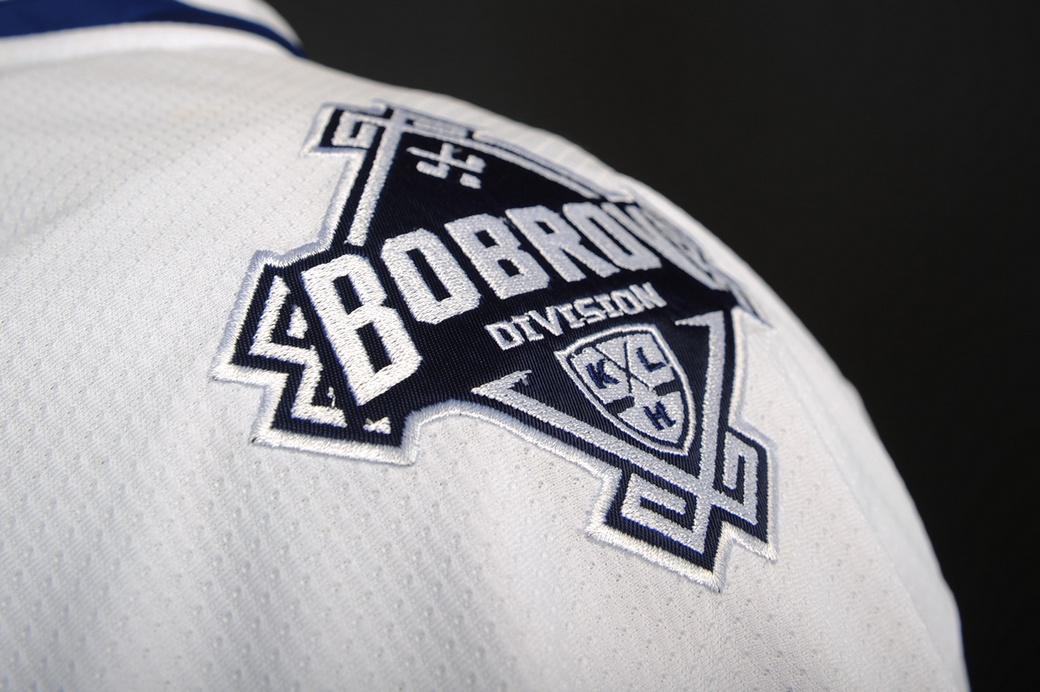 The specialists decided against siting the Division logos in the front center of the jerseys. “The All-Star Game logo is so good it would be a shame to hide it. The Division logos will be on the uniform, but pride of place will go to the magnificent emblem of the event,” — Antipin said.

The 2017 KHL All-Star Game will feature four teams - one for each Division - – so four sets of uniforms were needed. The task was both challenging and fascinating.

“When I was handed this task, it called for some hard thinking. The choice of colors is limited, of course, and we were seeking to come up with distinct designs, but ones which are united by a single style or theme. Tackling these problems was enjoyable but daunting, and I’m very satisfied that we overcame all obstacles.” — How did you tackle the problems with certain colors in TV broadcasts? For instance, teams in white jerseys can be hard to spot against the ice.
“The days of black-and-white TV are long gone, but it can still be a problem if two teams are both wearing light-colored jerseys. We wanted to have two dark and two light uniforms, and it would be possible the teams in lighter jerseys faced each other. We solved this by selecting a rare color – Vegas Gold. Clearly, a lot of thought went into selecting the colors for each Division, and one of the many factors considered was that the venue is home to an Eastern Conference team. “Each Conference will have a “light” and a “dark” team, and tradition has the West in blue and the East in green. As Salavat Yulaev has a predominantly green uniform, we felt it was important to clad the Ufa men’s Division in that color.” — Is there anything new or innovative in the uniforms?
“Yes. For example, the players will have monochrome club logos. These are usually in color, but they can often detract from or clash with the overall design of the jersey.” 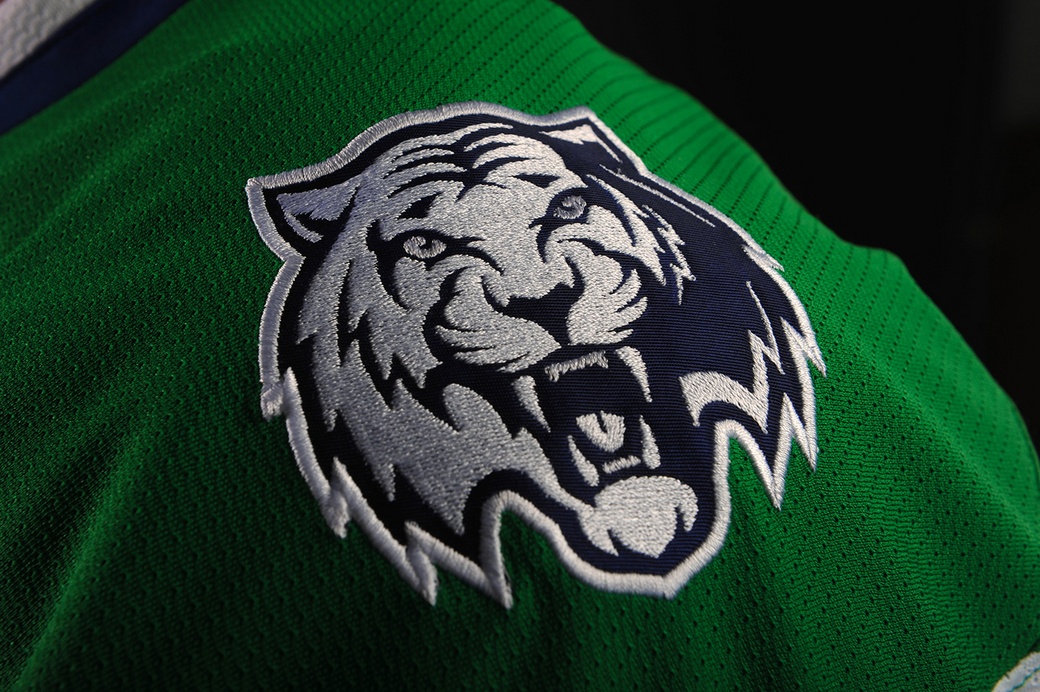 It may surprise some, but the appearance and style of the lettering demands as much thought and care as the colors and imagery. For the 2017 event, Antipin has used a special font which incorporates the traditional folk patterns worn in the Bashkortostan Republic. 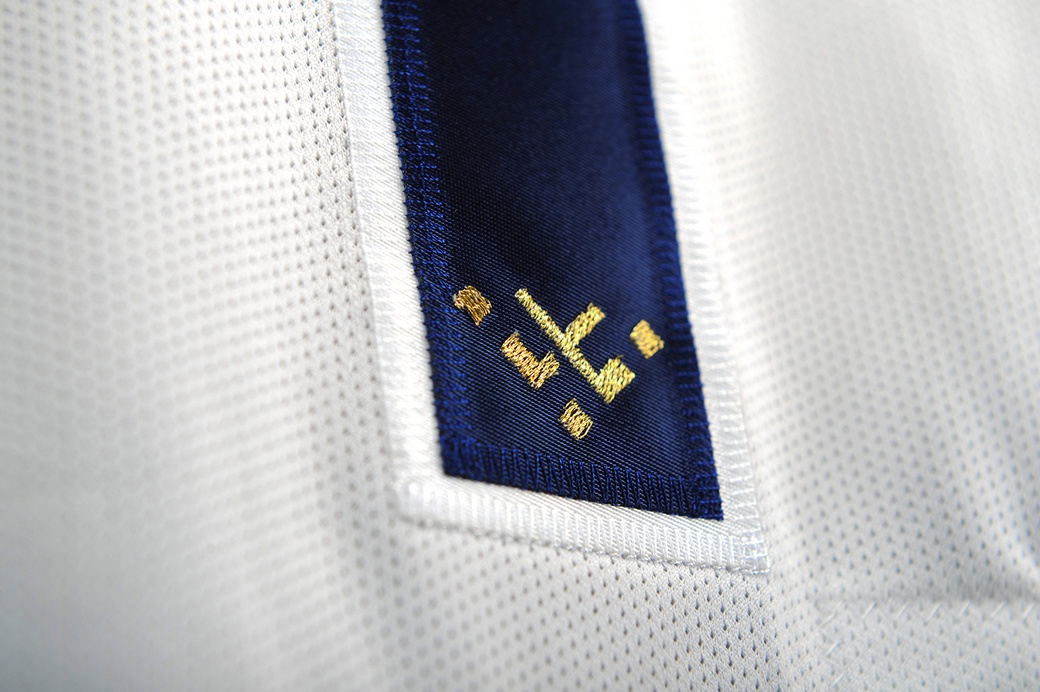 The designs of even the finest minds can often encounter problems during the process of turning fantasy into reality, and often the specialists are constrained by the limits of modern technology. “The All-Star Game is an event which should surprise the fans; it should offer something unusual, so I tried to make the design look original. This is a difficult task, as the production of sporting jerseys uses variations on a mere six classical templates. I settled on a pattern by which the contrasting color covers the elbow-to-shoulder area, as this is almost unseen in the hockey world, and this gives the jerseys that fresh and original look.” — Were there any problems with Luch, the company manufacturing the jerseys?
“No, because I helped them as much as I could by sending them the most detailed descriptions of our demands. For the past few years I’ve been in favor of using the most modern technology, but not to use it for its own sake. Some people are impressed by the subliminal patterns on sports jerseys, but I believe they do nothing to enhance the design. In fact, they often make it worse. I am very grateful to the leadership of the KHL for showing faith in my designs, and I believe we have produced four very impressive uniforms.” 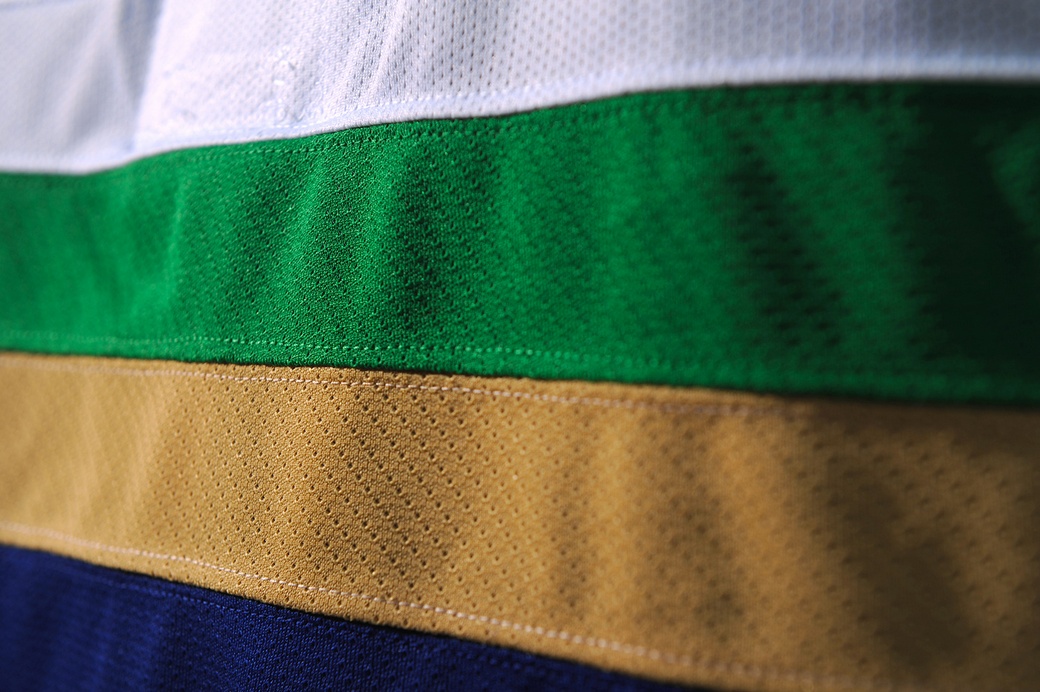 Of course, the appearance of the star players is not limited to the clothing, and this is the first time in the League’s history that it put in a combined, specialized All-Star Game order for all the player’s clothing and equipment.

“We requested that the players’ helmets, leggings – everything should be in harmony with the team jerseys. The club uniforms in the KHL are mostly dark, which certainly looks tough and gladiatorial, but since we were after something fresh and original we put together this special order, and we were delighted with the result. We have created complete, unique outfits in bright and original designs. I’ve experimented with gold for a while now, and I think it looks particularly impressive. I’m sure the finest players in the League will look as good as they play.” An Epic Journey from Red Square to Ufa.Magic Moments from the All-Star Game