A goal early in the second period of overtime put Metallurg into the Grand Final for the second time in three seasons – but Ilya Vorobyov’s team had to come back from 0-2 down on the night to sink Salavat Yulaev.

Yaroslav Kosov got the vital goal on 81:37, lifting the puck over Niklas Svedberg’s leg from close range, but it was a wonderful assist from Bogdan Potekhin that made it. He was well placed at the net as the puck broke for him and had the presence of mind to outfox the goalie with an audacious pass through his own legs to the unmarked Kosov. His team-mate made no mistake with the finish, and Metallurg booked its place in the Gagarin Cup final against CSKA. 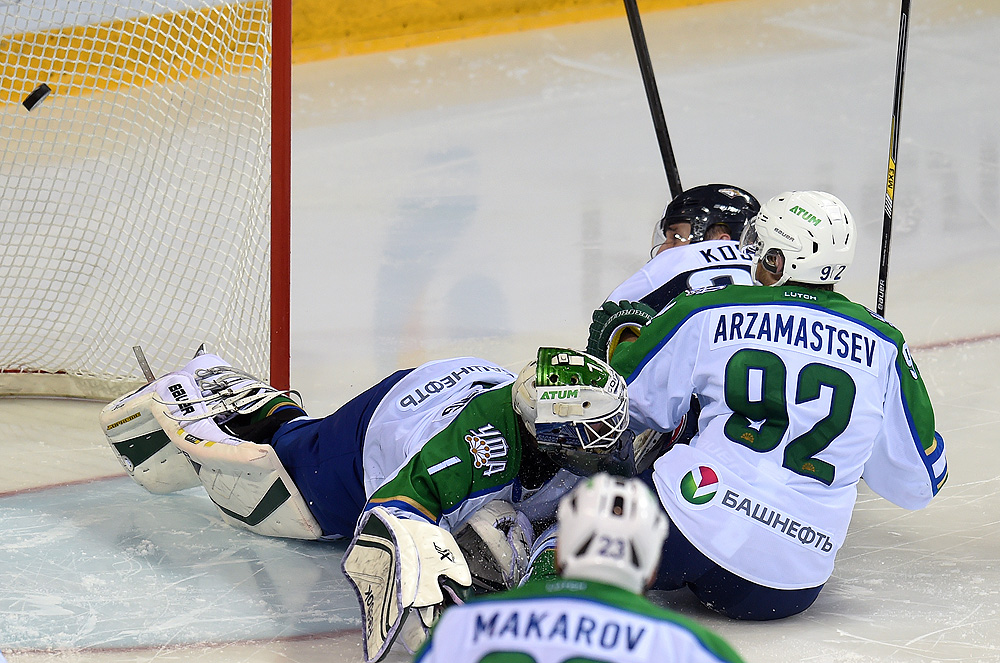 Magnitka came into the game with every hope of completing a repeat of the 4-1 margin that took it past Salavat Yulaev at this stage two years ago. The visitor was still contending with injury problems on offense: Andreas Engqvist took part in the team’s morning skate, but was not fit enough to play; captain Igor Grigorenko continued to play through an injury in a bid to save the series.

A hint of salvation came for Salavat at the start of the second period. Up to that time the game had been hard-fought with neither team creating many chances. The visitor had just about shaded it, but there was little to choose between the teams until two goals in two minutes put the men from Ufa in charge.

A somewhat needless penalty given up by Wojtek Wolski put Salavat on the power play and Maxim Goncharov needed just 16 seconds to make the advantage count with a wrister from the deep slot off Enver Lisin’s pass. Two minutes later it was 2-0 as Maxim Mayorov got his stick on the end of a Sami Lepisto shot to deflect the puck past Vasily Koshechkin and give the visitor genuine hope of prolonging the series.

But Metallurg responded by stepping up a gear. Salavat’s offense faded and a 5-on-3 penalty wore down the defense, enabling Danis Zaripov to claw one back off a perceptive pass from Jan Kovar.

The balance of play had shifted decisively; Metallurg began the third with a flurry of attacks and drew level on a rare goal from Alexei Bereglazov. The 21-year-old defenseman had yet to find the net in 24 previous playoff games dating back to the previous season, but he took his chance in 44th minute to pot the biggest marker of his career to date. Swift passing created the space for the youngster in the right-hand circle and his wrist shot beat Svedberg’s glove to the top corner to tie the game. 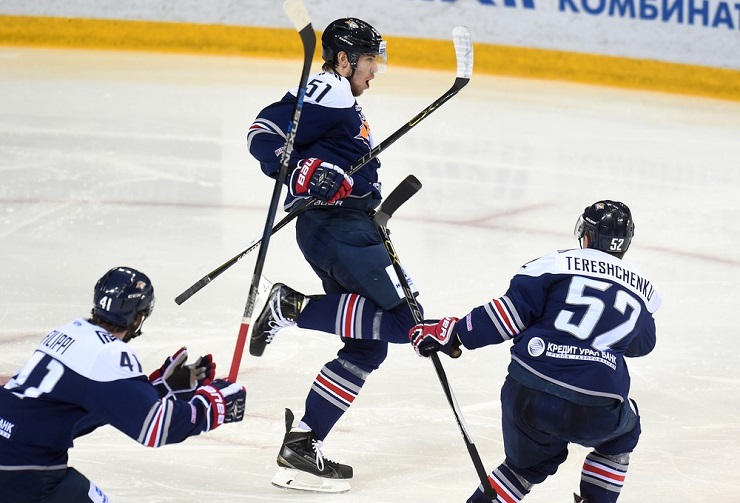 Magnitka continued to press until a moment of refereeing controversy enraged the home crowd. Evgeny Biryukov took a double minor for high sticking as Nikolai Prokhorkin left the ice for treatment, but the Metallurg bench was angry that the young former CSKA forward went unpunished for a robust challenge of his own in the same play. Linus Omark led Salavat’s efforts on the power play, but the home team held on despite an anxious moment when Ivan Vishnevsky’s shot resulted in a big rebound that narrowly evaded the forwards sniffing around the slot.

Crucially, though, the momentum of the game had shifted once again. Now Salavat’s offense was back in business and it was Magnitka struggling to create chances as the action headed inexorably for overtime.

But in the extras the home team always looked slightly stronger and Kosov’s goal wrapped up the series in five games.