Sergei Mozyakin produced a game winning goal deep into overtime to give Metallurg Magnitogorsk a winning start in the Eastern Conference final.

The scores were tied at 2-2 as the game went into a second period of overtime but, as so often before, Magnitka’s go-to forward came up with the goods to break the deadlock and give his team a vital edge in the series opener.

The goal came on 89:37. Danis Zaripov screened Niklas Svedberg in the Salavat Yulaev goal as Mozyakin collected the puck at the bottom of the circle and swung out in a wide arc to bring himself in front of the net but close to the blue line. With the defense anticipating a pass, Metallurg’s captain went for goal and found a way past the goalie to pocket his fourth game-winning goal of this year’s playoffs. 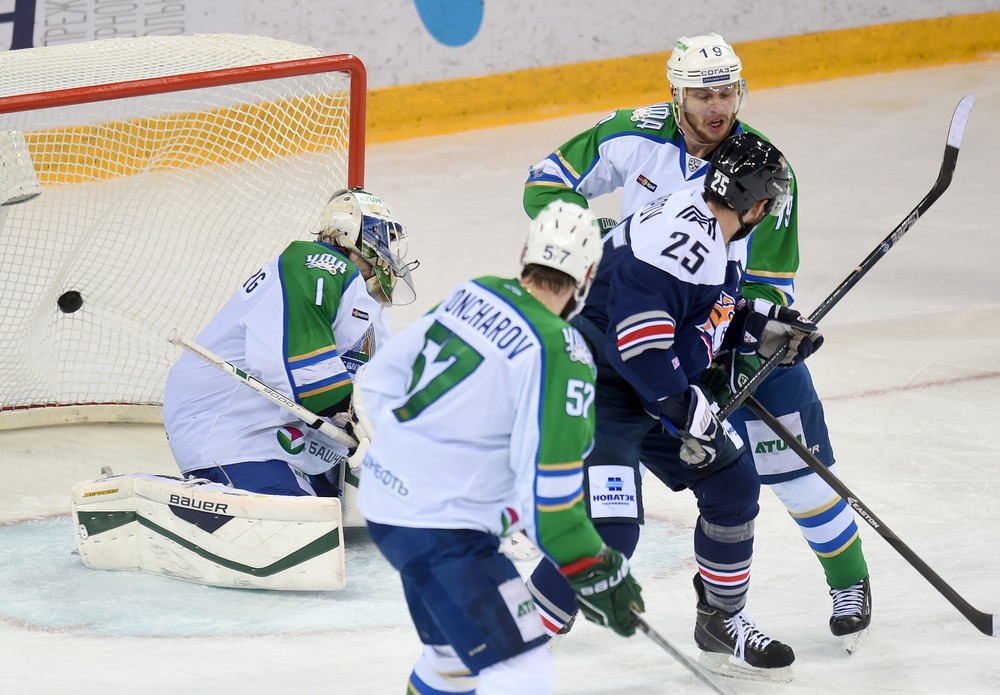 The outcome was tough on the visitor, which showed little sign of fatigue despite completing two seven-game series to get this far. Initially the signs were that Salavat Yulaev’s ‘game face’, something that had barely had time to fade following the end of the previous series against Avangard, was well intact against a Metallurg team that perhaps found itself a beat behind the pace after its week-long lay-off. The first period, although scoreless, saw the visitor have more chances; Niklas Svedberg faced just five shots in the opening exchanges.

The pressure paid off early in the second stanza when Sami Lepisto opened the scoring. Andreas Engqvist created it, collecting the puck behind the net and popping it up into the slot where his Finnish team-mate was unmarked and ready to fire home.

As the midway mark approached Salavat could have made it 2-0. Enver Lisin was off to the races, but after pausing to force Vasily Koshechkin to commit himself the forward’s backhand shot pinged back off the piping.

That miss was costly: Magnitka was already raising its game on offense and a power play late in the second was just the chance it needed. Jan Kovar found space out wide, Chris Lee’s pass picked him out and the Czech forward produced a clinical finish from a tight angle to give Svedberg no chance. 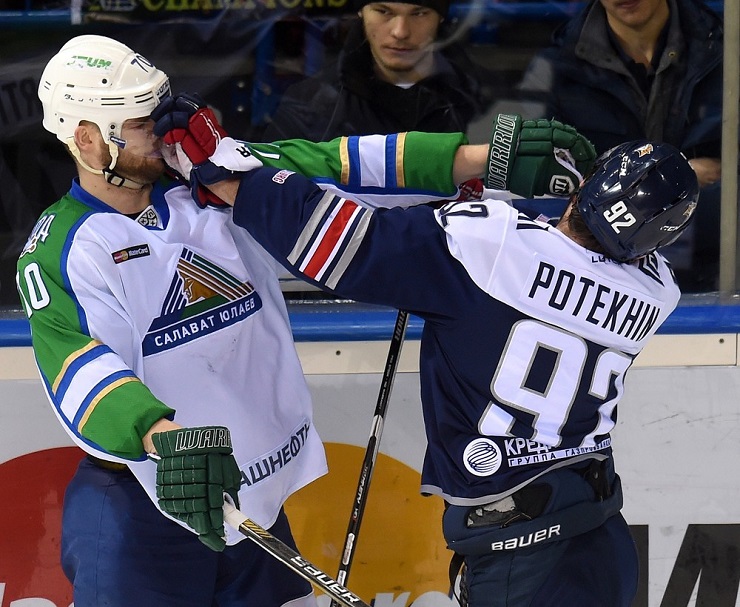 Critics of the Swedish goalie could find no fault with him on that goal – but when Metallurg took the lead Svedberg was left contemplating just how Alexei Kaigorodov’s low shot from the point found its way through the five-hole. For ex-Ufa man Kaigorodov the goal was his first since returning to his hometown team earlier this season; for his former club it was a frustrating and avoidable blow.

Salavat wasn’t finished, though. Lepisto added an assist to his goal as Igor Grigorenko’s predatory instinct kicked in around the net. Lepisto’s shot from the blue line was padded away by Koshechkin but Grigorenko was first to react and lift the puck over the goalie and into the net, tying the game with 6:47 to play.

As the game went into overtime, Magnitka’s greater fitness began to show. Svedberg had to be at his best to make 17 stops in the first period of the extras, while Salavat struggled to create consistent offense at the other end. In the end, Mozyakin found the answer.