Salavat Yulaev is getting a taste for game seven showdowns. The Ufa team went the full distance for the second series in a row – and prevailed once again.

Against Avangard, as against Ak Bars in the opening round of the playoffs, Salavat Yulaev twice fluffed its lines after opening up a 3-1 lead in the series. But, once again, Igor Zakharkin’s men came from behind to win the decisive game and advance, this time to an Eastern Conference final match-up against Metallurg Magnitogorsk.

Second-period goals from Sergei Soin and Maxim Mayorov turned the game around for Salavat Yulaev. Soin struck first, tying the game in the 23rd minute with a shot from between the hatchings as Dominik Furch’s view was obscured by two defensemen.

Then Mayorov gave Salavat the lead, drifting across the top of the Avangard zone and picking his moment to unleash a wrister that beat Furch on the glove side. This time the goalie had a better view of the moment of impact, but failed to react quickly enough the incoming shot.

Earlier Avangard took the lead midway through the first period, just as Salavat Yulaev’s PK thought its work was done. An odd-man rush opened up the visitor’s defense and Alexander Popov’s pass found Alexander Perezhogin in space on left to fire home the opening goal of the game. 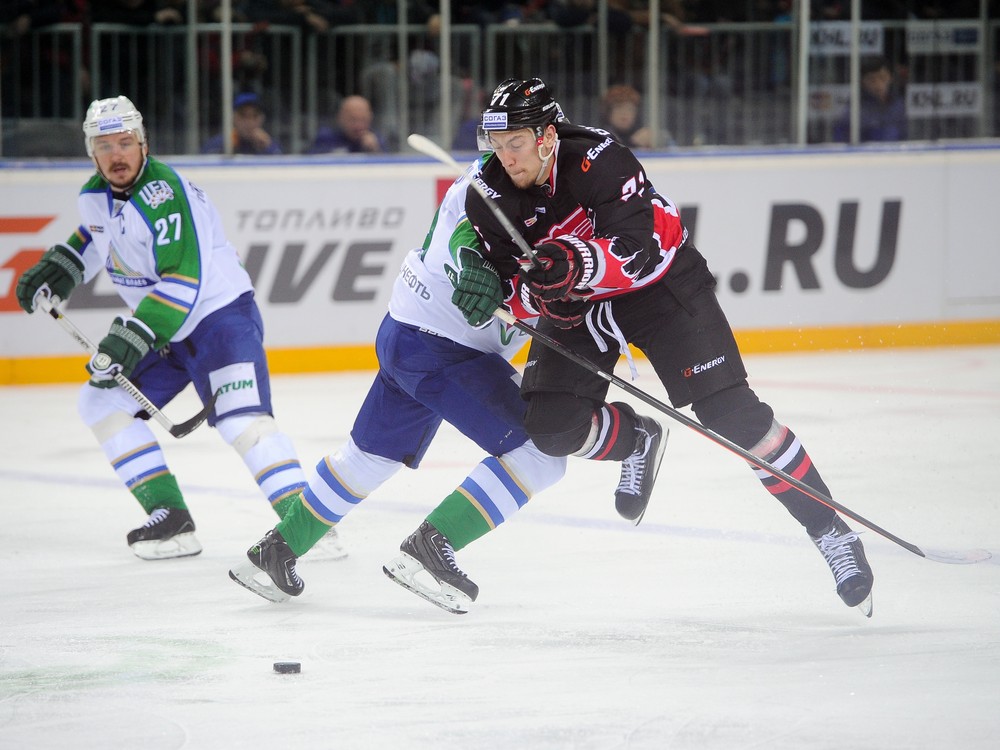 But once behind in the game there was no way back for the home team. Avangard had the better chances in the final session but Niklas Svedberg was up to the task, most notably in the 51st minute when he produced a smart reaction stop to deny Martin Erat.

In the end, though, Salavat Yulaev produced disciplined hockey as the clock ran down, limiting Avangard to just eight shots in the final stanza and securing the all-important victory. But now the question is all about whether the physical and emotional demands of two full-length series will hamper the team’s preparation for its meeting with a Metallurg team that needed just five games to get past Sibir.