The show goes on

A disastrous third period for the Ufa team saw Avangard score three goals from just six shots on Niklas Svedberg’s net. That set up a comfortable victory on the road and means it will be winner takes all on Sunday when the teams line up for the last time in Omsk.

The opening stanza was goalless and tense, with few chances at either end, but the middle session tipped the scales decisively in Avangard’s favor. Opportunities were still scarce, but the visitor was clinincal in front of goal. It took just 29 seconds for Alexander Popov to open the scoring. Martin Erat did the hard work behind the net and Popov got the puck out in front to score at the second attempt.

Then came two goals from Czech defenseman Michal Kempny. First he fired in a pass from Erat at the top of the circle. His second, on the power play, was a powerful slap shot from the blue line; Svedberg could not see the moment the shot was unleashed and was beaten over his left shoulder in his final act of the game. 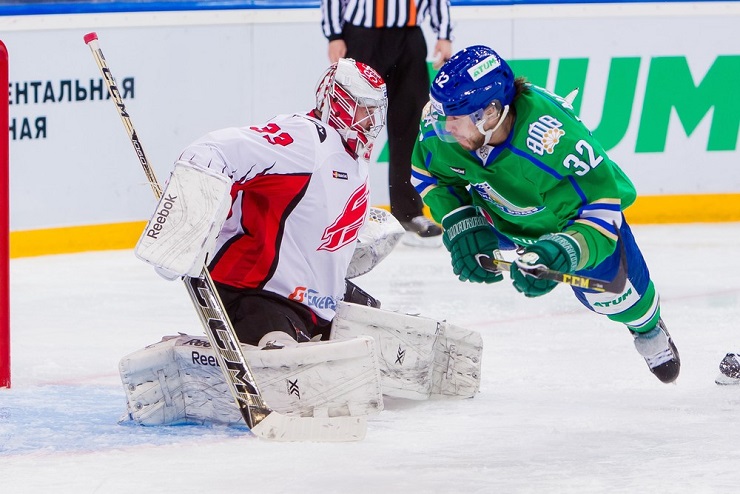 In between times, Salavat Yulaev was left ruing its luck in front of Dominik Furch’s net. Twice the home team was denied by the piping with Alexander Nesterov and Maxim Goncharov both going agonizingly close to reducing the deficit.

The third period saw Avangard close out the game with few alarms, despite Salavat finally getting one goal back with six minutes left. Andreas Engqvist claimed it, deflecting Linus Omark’s shot from the blue line past Furch, but it was too late to trigger a fightback.

The win keeps the Eastern Conference winner alive in this year’s playoffs and tips the momentum firmly in Avangard’s favor. But Salavat has been here before, recovering from an 8-0 drubbing to knock out Ak Bars in the previous round. That series was decided in Ufa, though; this time the final act sends the men in green out on the road to decide their fate.