Two goals from Alexander Perezhogin led Avangard to victory in a wild game against Salavat Yulaev. Perezhogin, the key man in the Omsk team’s run to the grand final in 2012, found the net twice in a crazy second period that saw the teams share six goals in less than 10 minutes of frenetic action.

He claimed the game-winner in the 39th minute, coolly slotting the puck into an empty net after Salavat Yulaev coughed up possession in center ice and Valentin Pyanov took the puck to the net before feeding his partner for a simple finish. It was a moment of composure somewhat out of keeping with the flurry of scoring all around it.

Earlier there was little indication of the explosion to come. The first period saw the teams trade markers. Anton Burdasov put Avangard ahead with a shot from the blue line as Pyotr Khokhryakov screened Niklas Svedberg, but Teemu Hartikainen tied the scores on the power play in the 14th minute.

Perezhogin got his first of the game with a typical poacher’s finish in the 26th minute. Jonas Ahnelov fired in a shot from the point and Perezhogin’s anticipation saw him perfectly placed to sweep the rebound into the net.

Then the storm began. Ivan Vishnevsky tied the scores at 2-2 but two goals in barely 90 seconds saw Ilya Zubov and Artur Lauta put Avangard in a seemingly commanding position at 4-2. Salavat Yulaev had other ideas, though, and Igor Grigorenko made it 4-3 just 50 seconds later. The pattern repeated: Perezhogin gave Avangard a two-goal cushion before Hartikainen reduced the arrears within a minute. 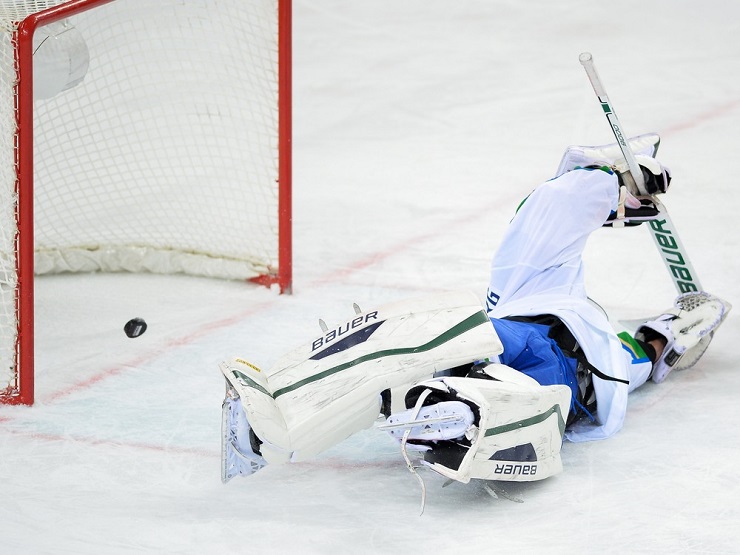 After the frantic scoring of the middle frame, both defenses regrouped in the third. Salavat Yulaev forced 13 saves out of Dominik Furch – Alexander Loginov had six attempts of his own – but could find no way through. Avangard was content to absorb the pressure and hold its advantage until the hooter, taking the series to Ufa with the scores poised at 1-1.