Ak Bars reasserted some regional pride and kept its play-off dream alive after a battling win in Ufa denied Salavat Yulaev the chance to progress to the Conference semi-final.

Despite two goals from Linus Omark, the home team could not find a way to wrap up the series in five games and must try again in Kazan on Thursday.

Vladimir Tkachyov’s goal at the start of the third period proved crucial: he found the shooting lane past two defensemen and into Niklas Svedberg’s top corner to claim Ak Bars’ fourth goal of the game and open up a two-goal cushion for the first time on the night. Anton Lazarev halved the deficit for the home team with 10 minutes to play, but there was no way back.

Earlier Omark opened the scoring in the fourth minute, finishing from close range after he began the move on the boards. The Swede moved back up to the blue line where Dmitry Vishnevsky’s pass found Andreas Engqvist in the slot and his shot was deflected into Omark’s path. 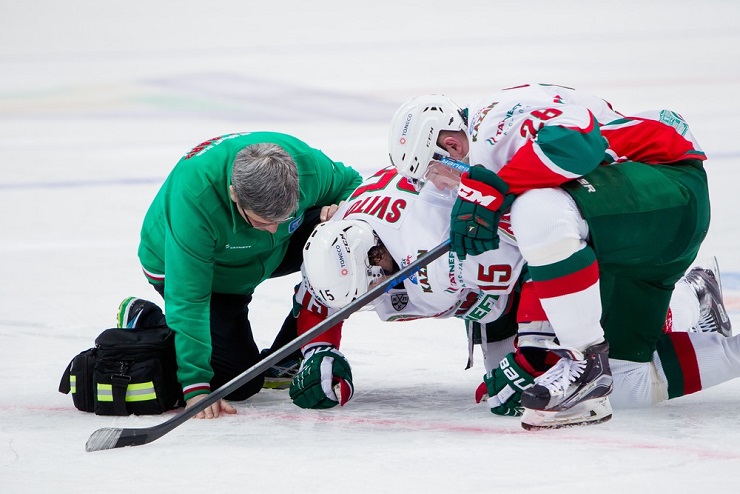 But two goals in a minute late in the first period disrupted Salavat’s hopes of a smooth passage into the next round. Denis Golubev tied the scores when he got free of the defense and arrived on the slot to put away the rebound from Vasily Tokranov’s shot. Then, on the power play, Albert Yarullin gave Ak Bars the lead when he skated in from the point and let fly with a slap shot across the face of Niklas Svedberg in the home net.

Omark tied the game early in the second period but Ak Bars went ahead once more after Sergei Soin was expelled from the game. Justin Azevedo got that goal, picking his spot from the deep slot to maintain Ak Bars’ hopes of salvaging the series.