Ak Bars on the brink of defeat

Last season’s Gagarin Cup finalist Ak Bars is one game away from exiting this year’s competition at the first hurdle after suffering a third heavy defeat in four games against Salavat Yulaev.

This time the damage was done in the first 10 minutes. Dmitry Obukhov took a penalty after 61 seconds, Linus Omark converted the power play to make it 1-0. Then, midway through the opening session Sergei Soin doubled the lead. Dmitry Makarov’s shot got caught up in traffic in front of Stanislav Galimov’s net, but Soin still had plenty to do to lift home the rebound on the backhand.

Going into the middle stanza Salavat had two goals from seven shots. The visiting offense didn’t get any more creative in the second period, but remained almost as ruthless in converting chances. A power play goal from Andreas Engqvist in the 40th minute took the score to 3-0 and all but ended the game as a competitive encounter. 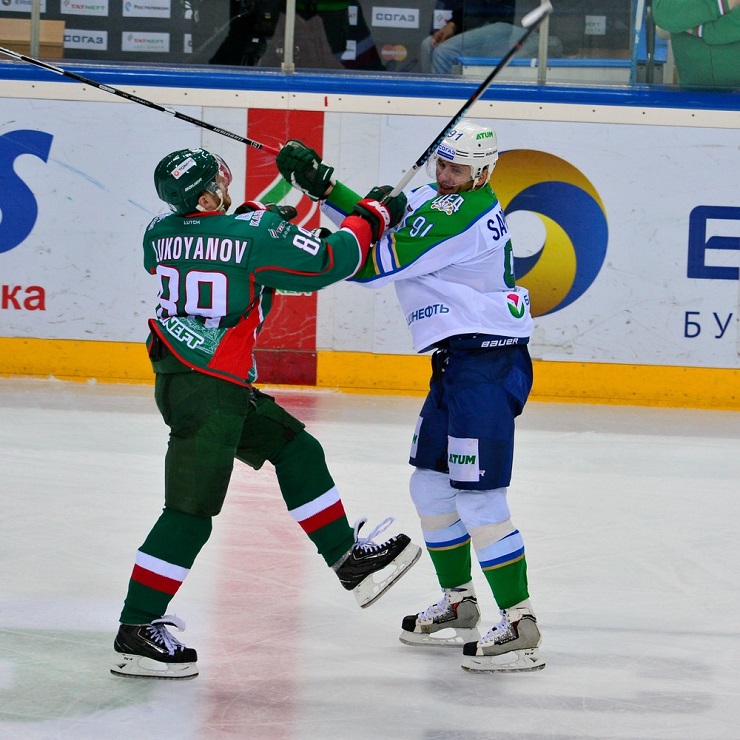 Albert Yarullin got one back for Ak Bars midway through the final session as Maxim Goncharov set out a penalty for fighting with Ryan Wilson, but any flickering home hope was extinguished by Anton Lazarev’s empty-netter. Salavat Yulaev can wrap up the series on home ice in two days’ time.